This Anime Wants To Help You Work Out 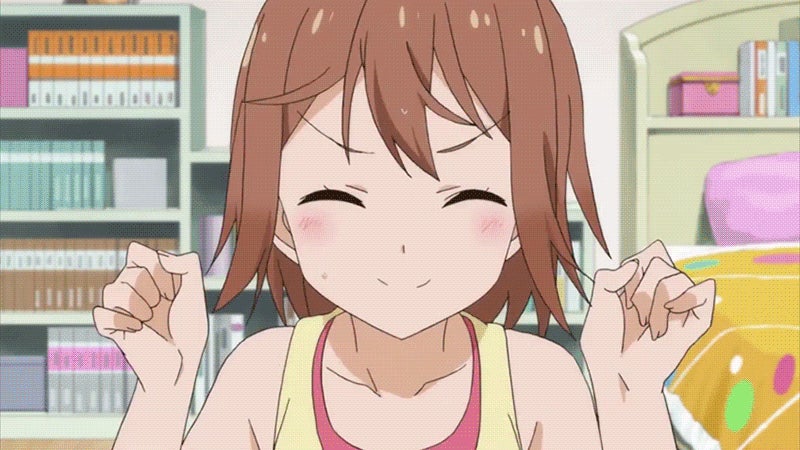 I'm no stranger to working out to anime, but this is the first time I've actually had the anime characters work out alongside me.

Last season, we looked at an anime that had cute boys whisper sweet nothings to you before bedtime. In the same vein, Anime de Training EX is a short-form anime where cute anime girls teach you how to work out. 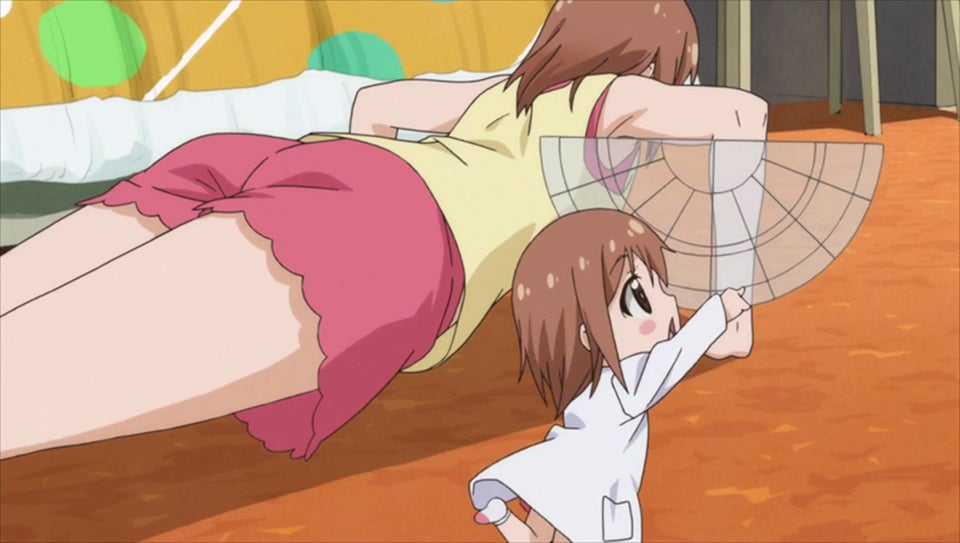 Each episode of Anime de Training EX teaches you two new exercises (except for the fifth which teaches one). The characters of the show explain what muscles these exercises target, how to do said exercises, and then do the exercises several times to provide an example. As of episode six, the series has covered push-ups, crunches, Hindu push-ups, reverse push-ups, squats, back extensions, the bow pose, the camel pose, an aerobic dance, back kicks, and reverse trunk twists. 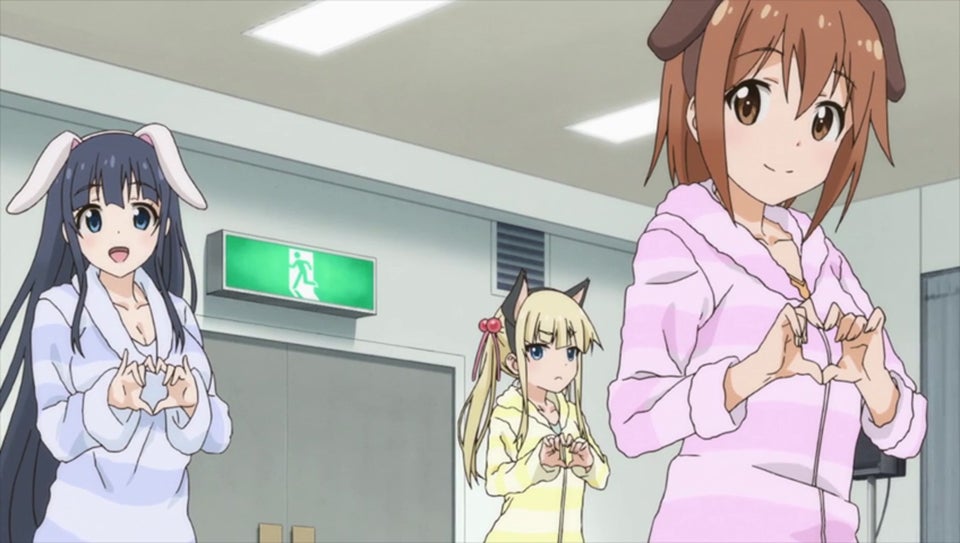 Of course, the exercises are only half of the show; the other half focuses on the cute anime girls. There are five different girls to teach you. Each girl comes with a popular pre-packaged anime girl stereotype — i.e., the childhood best friend, the tsundere, the high class lady, the delusional girl, and the dandere. Moreover, each one has a reason for working out that comes out over the course of the episodes — namely everything from wanting to look good in a bikini to being unable to sleep. 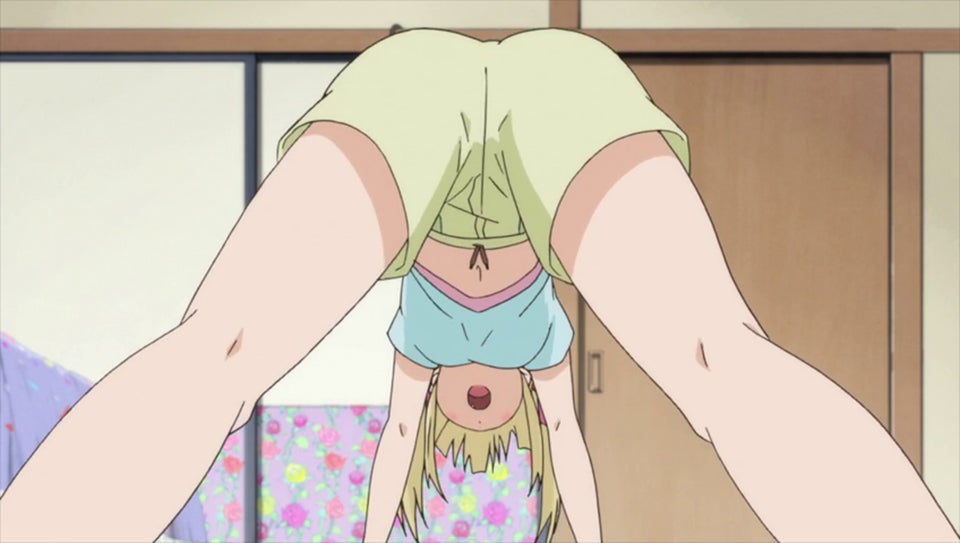 There is clearly an undertone of sexual fanservice in Anime de Training EX. While the girls all wear perfectly normal workout clothes (and most outfits don't even show cleavage), the camera angles often focus on the butt or bust. At the same time, the girls moan and groan with each exercise. This seems like an odd choice. After all, I don't know about you, but working out and being turned on seem to work at cross purposes in my opinion. 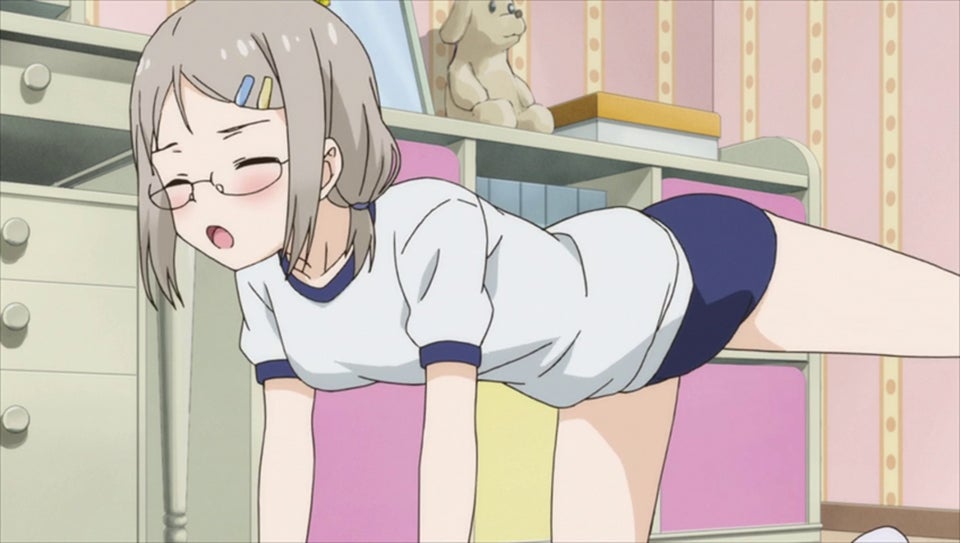 The other quirk of the anime is that some of things the girls say seem more than a little odd without any extra in the way explanation. For example, one girl claims that push-ups will slim down your arms — which is true, I guess, until you start putting on muscle. Another says that doing reverse push-ups will increase your bust size — which is true from a certain point of view as you're building your pectoral muscles (though that's not quite the same thing as "enlarging your bust"). So while I am far from a fitness expert, these claims seem a bit misleading to just throw out there. 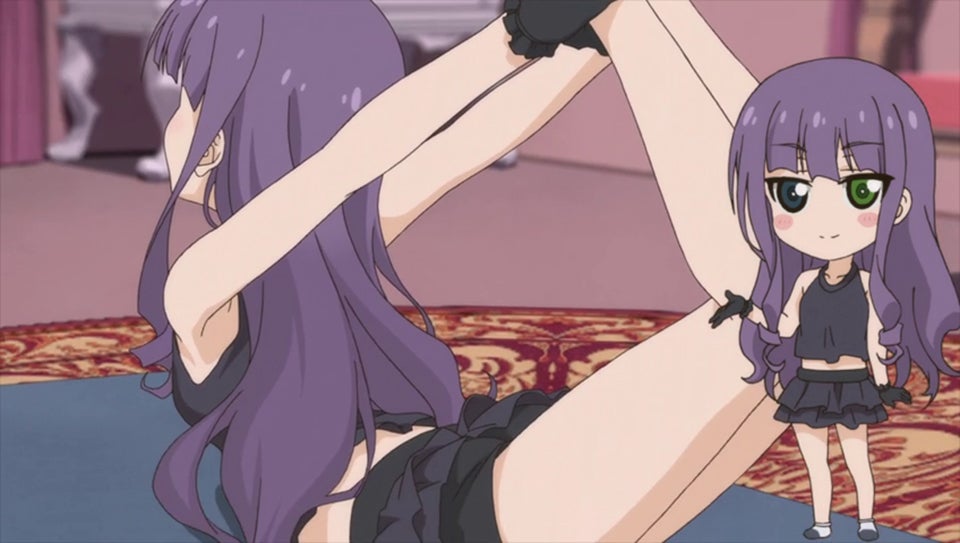 Anyway, while watching this anime will in no way make you more fit, it might give you some ideas for exercises for your own workout routine. Or you could just do what I did: Buy an exercise bike and pedal your heart out while watching a few episodes of anime each day.

Anime de Training EX airs on Tokyo MX in Japan can be seen for free with English subtitles at Crunchyroll.