This Week In The Business: Or Your Money Back 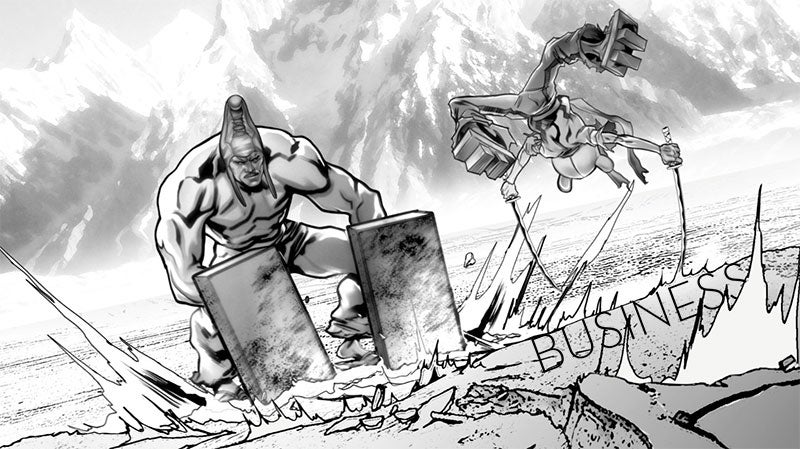 "The game was a failure. We could not do, in good conscience, volume 2 and volume 3." — Steve Escalante, GM of Afro Samurai 2 publisher Versus Evil, explaining why the game was pulled from PSN and refunds issues to all customers.

QUOTE | "No one really gives a shit." — Paradox CEO Fredrik Wester, explaining why Crusader Kings II has had a broken tutorial for a year. Most players learn how to play from YouTube anyway, so the studio has focused resources on improving other parts of the game.

QUOTE | "You're almost paralysed when you have something successful because it's like, 'Holy shit. We did that? Do it again?'" — EA Visceral's Amy Hennig, suggesting impostor syndrome is a common affliction for AAA and indie developers alike.

QUOTE | "I said to a couple of the people I ultimately had to decline, 'At the end of the day, unless an extinction event meteor lands in fucking Paris or Montreal, the game I'm being offered here will ship. And no one else can make that promise to me." — Ubisoft Toronto's Clint Hocking (in an interview conducted hours before last week's terrorist attacks on Paris), explaining why he chose to return to Ubisoft.

QUOTE | "Nintendo will defend its products and its innovations, even if it must do so multiple times in different places and over many years." — Nintendo of America's Director of Litigation and Compliance Ajay Singh, performing the modern-day equivalent of leaving the heads of frivolous patent suit plaintiffs at the city walls as a warning to all others.

QUOTE | "If you're really passionate about something, I would advise anybody that you should get some skin in the game. And you shouldn't see it as suffering because it isn't, because you're enjoying what you're doing." — Eidos life president Ian Livingston, pulling a lesson from that time he lived in a van for three months and showered at a local squash club.

STAT | 1.87 million — The number of digital copies Fallout 4 sold in its first three days of release, according to research firm Superdata. CEO Joost van Dreunen said it was evidence PC gamers are willing to pay full price for select titles.

STAT | 1 million — The number of units sold by Starcraft II expansion Legacy of the Void in its first 24 hours on sale. The previous expansion, Heart of the Swarm, sold 1.1 million units in two days on sale.

QUOTE | "I think the reality is, the next one to three years, it's probably going to take some time to build up a sizable marketplace and you might see alternative uses for virtual reality first before it becomes gaming." — EA CFO Blake Jorgensen, explaining why the publisher is taking a wait-and-see approach to making VR games.

STAT | 90 per cent — The percentage of mobile first-person shooter players who are male, according to DeltaDNA. The genre with the largest gender disparity going the other way was hidden object games, with 89 per cent of the player base being female.