Why A 'Bad' Steam Game Has Good User Ratings 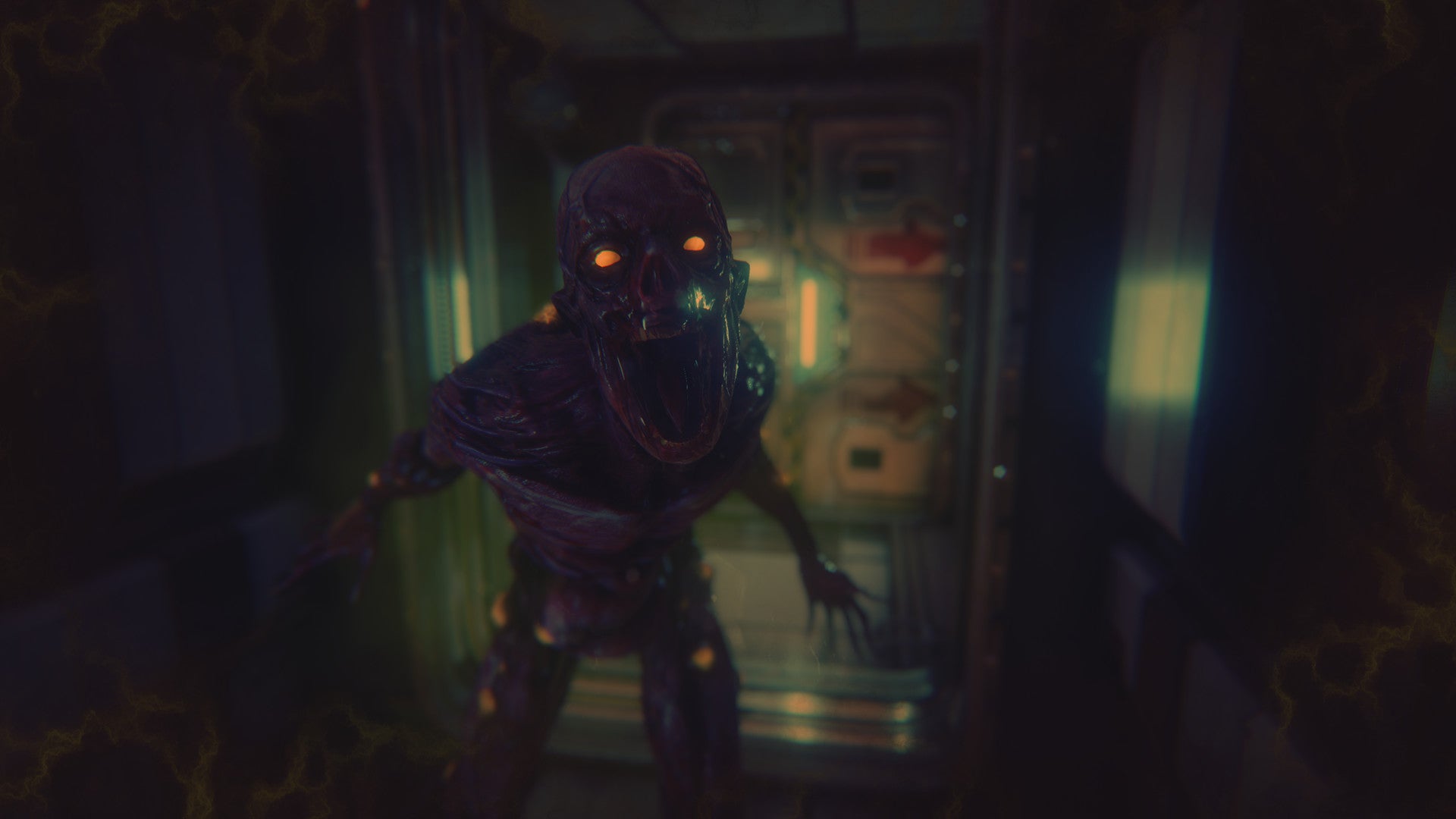 Dispatcher is not a very good game. And yet, it's a got a "very positive" review average on Steam. What's going on?

Dispatcher is a game I decided to check out on a whim. The horror pseudo-RPG been out for a few days, and I noticed that its 227 user reviews averaged out to "very positive" — one of the highest averages a Steam game can have. Admittedly, some of those came during Early Access, but still, I figured, there must be something to it. I wanted to know what.

The game itself? After playing for an hour-and-a-half... ehhhhhh. It's pretty standard horror fare, albeit with some light RPG elements that let you collect money and upgrade stats. You can't fight back, so your goals are to run, collect stuff, run more, and escape. Levels are kinda procedurally generated — which is neat — but mechanics are poorly explained, levels are pretty but bland, and death is sometimes frustratingly unavoidable. The game does, however, manage to be decently frightening, with all sorts of unseen space ghouls going bump in the night. So it's got that going for it. Observe:

Still, a "very positive" rating? From that? It didn't make any sense to me. Sometimes developers find ways to artificially boost their Steam reviews — for instance, by offering compensation — but I couldn't find any evidence of that here. Then I made a startling discovery: Dispatcher is schlocky as hell.

Dispatcher first showed its true colours with stat-affecting backstories I could pick for my custom-made characters. They're kind of amazing, wonky-as-fuck English and all. Here are just a few: 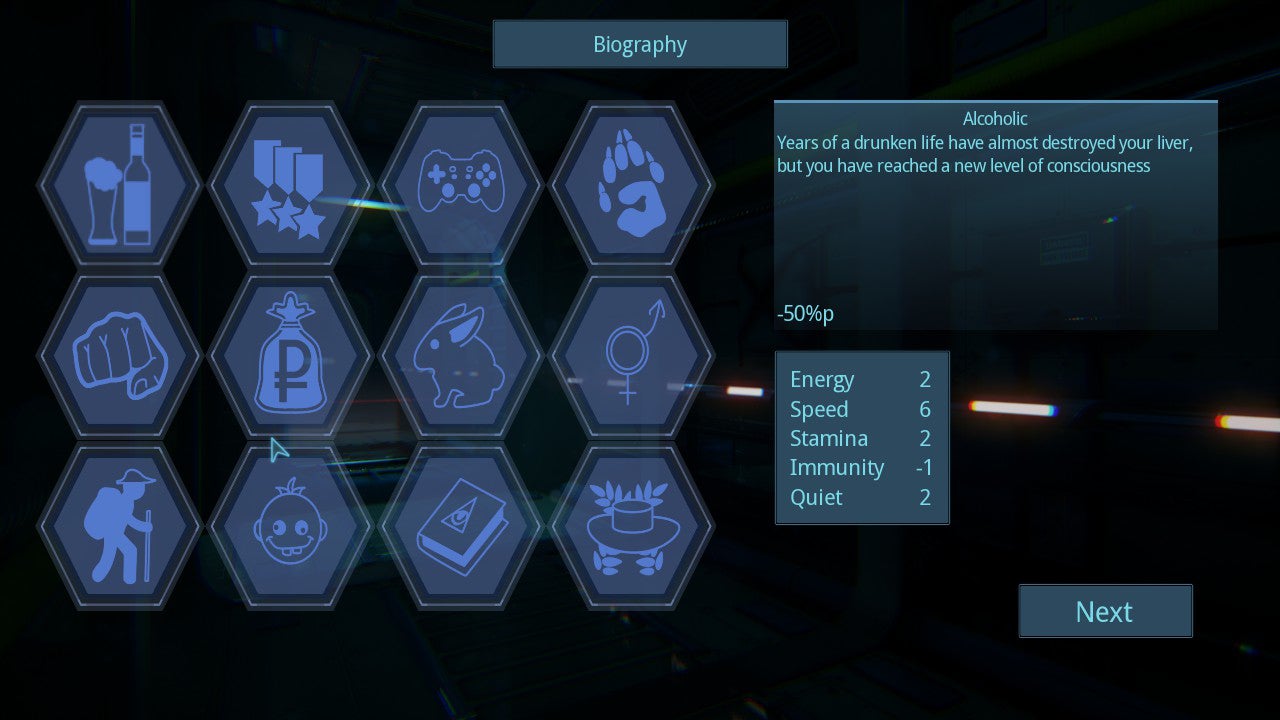 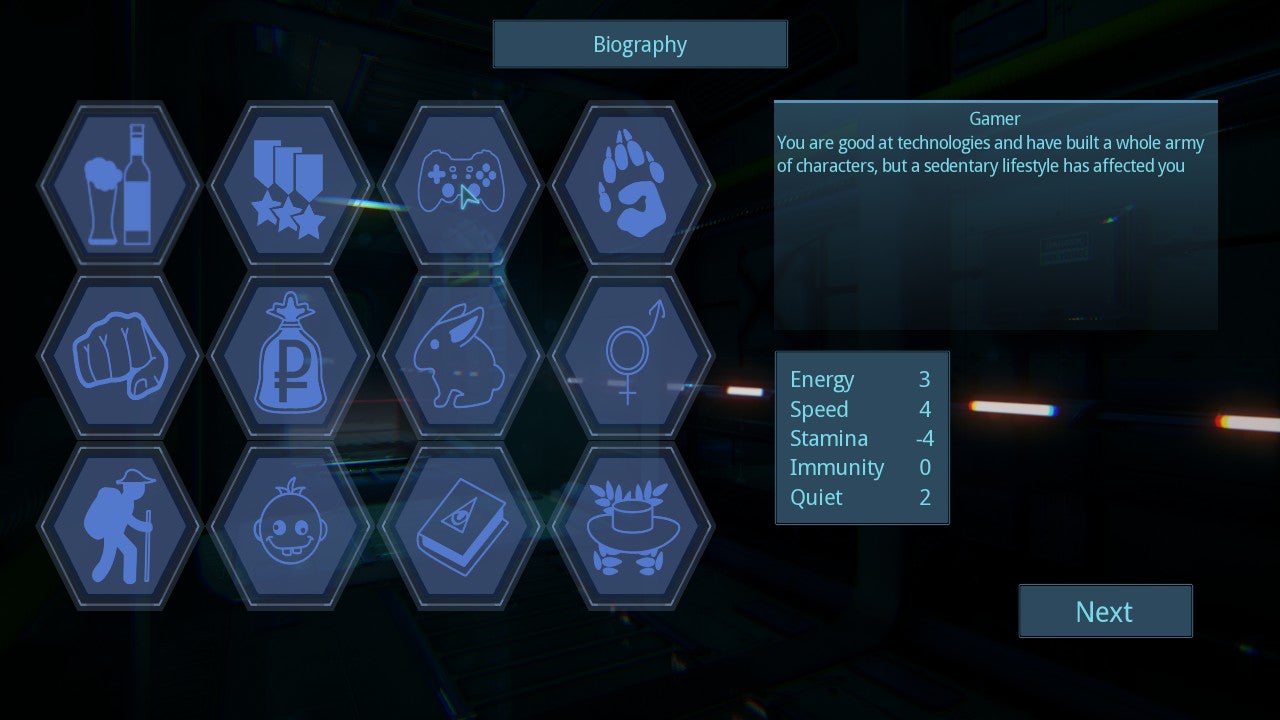 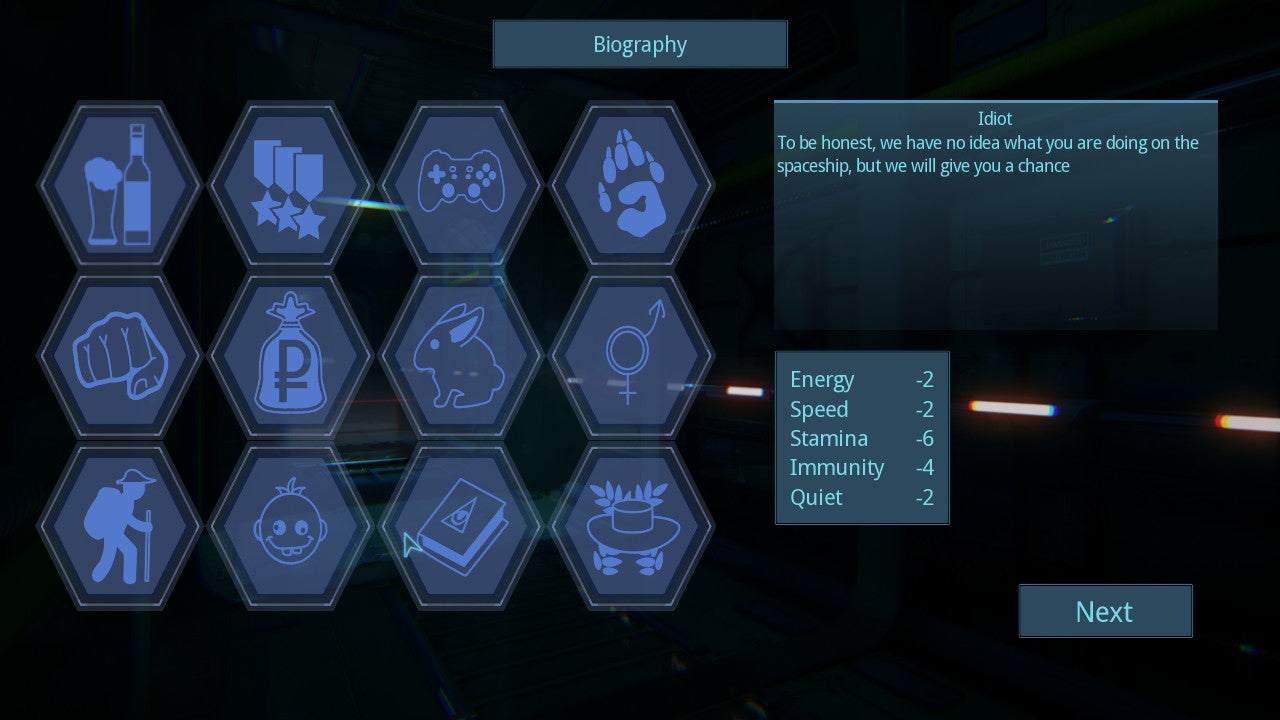 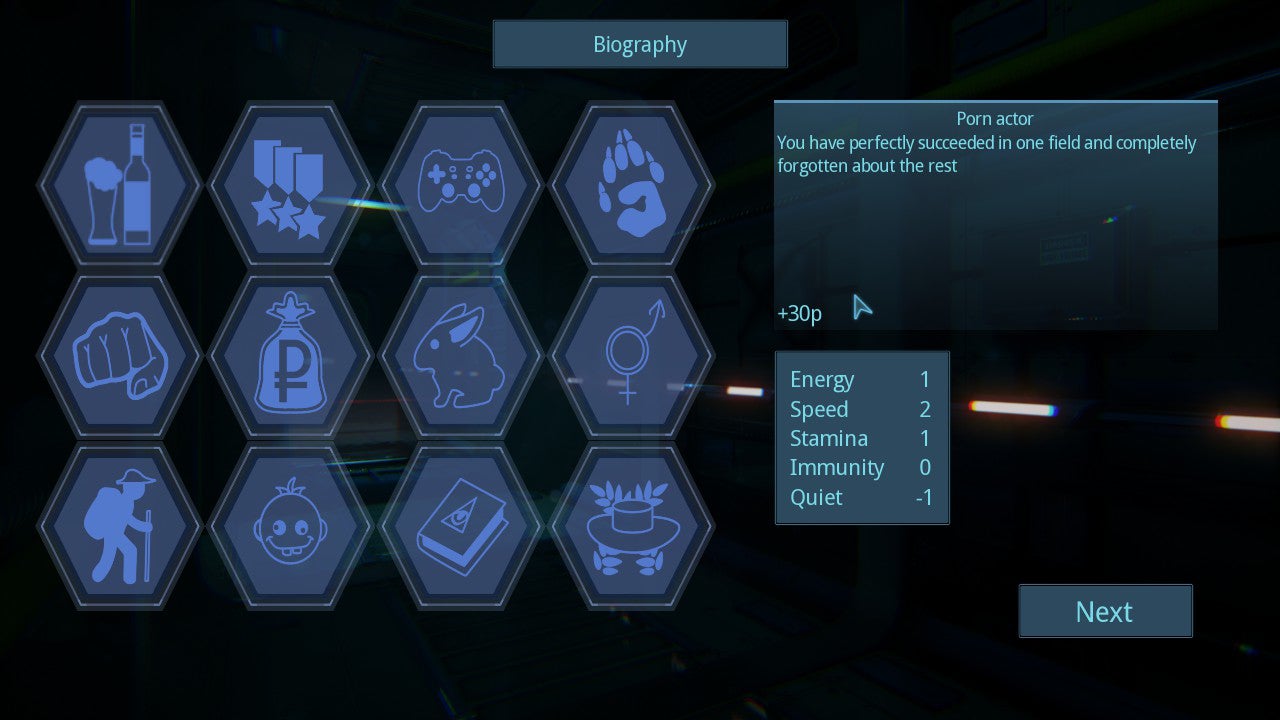 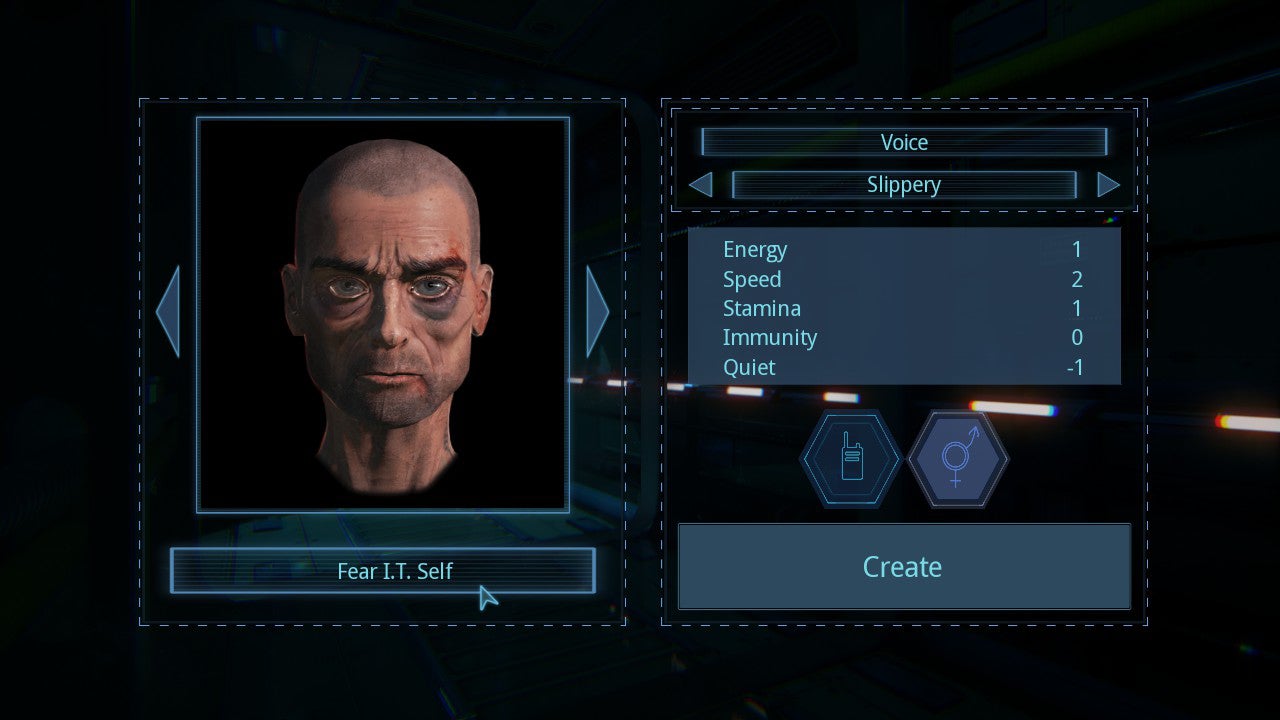 How did Fear I.T. Self — aka John Pornman — end up stranded desperate, not naked (for once), and alone on a space station dedicated to the understanding of a mysterious alien world? I dunno. But he was there, and it was time to rock.

I died a bunch. It was even kinda scary a couple times. But then I discovered that I wasn't entirely helpless. While the left mouse button was a limp appendage — a tool long since turned flaccid — my right mouse button actually had a function. It let me give monsters the middle finger. "Maybe this will reduce monsters to a pulverized pile of blood and slush," I thought to myself.

It did not. I could just flip off monsters because... why not? Here is a full run that ends with a) me flipping off a monster and b) me dying horribly. John Pornman's (imagined) final words? "Worth it."

Of course, with schlock sometimes comes skeeve, and Dispatcher definitely tows the line. Playing as a lady? Glance down and you'll see massive, heaving breasts. Also, the only available lady voices are "strict," "naughty," and "bitchy." The particular way they pull off said hyper-sexualized brand of schlock is icky and distasteful, but almost preposterously so. I guess after everything else, I wasn't exactly surprised. It was just like, "Of course this game plays that card. Of course it does."

People like games that give them funny stories. They like to tell their stories, and reviews — which they might not otherwise write if they didn't have a story to tell — let them do that. For further evidence of this, check out the reviews on any open-world or survival game. Is that the system working as intended? I have no idea. But I'd wager that it definitely has an effect on the sorts of games that thrive on the Steam, as well as the ones that sink into obscurity.