Why Video Game Hair Is So Hard To Do Well

Give Me All The GameStop Jokes

The Best Gifts For Someone Who Loves Video Game Art

As someone who spends a lot of his day fussing over the visual aspects of the video game business/community, I’ve sat down and come up with a list of gift ideas that should cover most of the bases for someone who is more than happy to judge a game by its cover, and be into the look and universe of a game as much as (or even more than) how it plays.

Some of these items are cheap, some aren’t. Some are easy to get, others are costly imports. Whatever you opt for, though, there’s a good chance you’ll be making someone who appreciates the finer things in video games very, very happy. 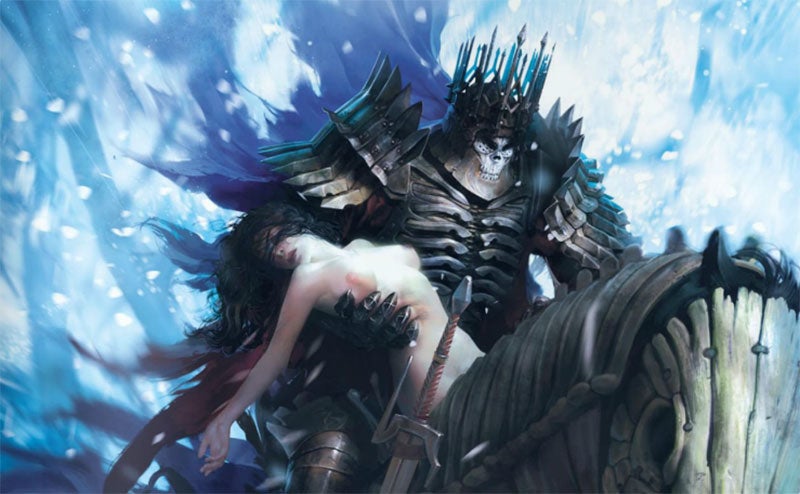 It’s a damn shame that this hardcover book only came bundled with expensive versions of The Witcher 3 instead of being sold separately, like most good art books are. If it had, a lot of people would have bought this by now, and been very, very happy.

The Witcher 3 is one of the best-looking games of all time, and it got that way in large part because the designs and mood set forth by its concept artists were beautiful, and epic, and full of that grim Witcher tone.

Luckily, smart third party sellers are now offering the book on its own, so fans who have already bought the game — or at least didn’t want to grab the collector’s edition at launch — can enjoy one of the best art books in video games. 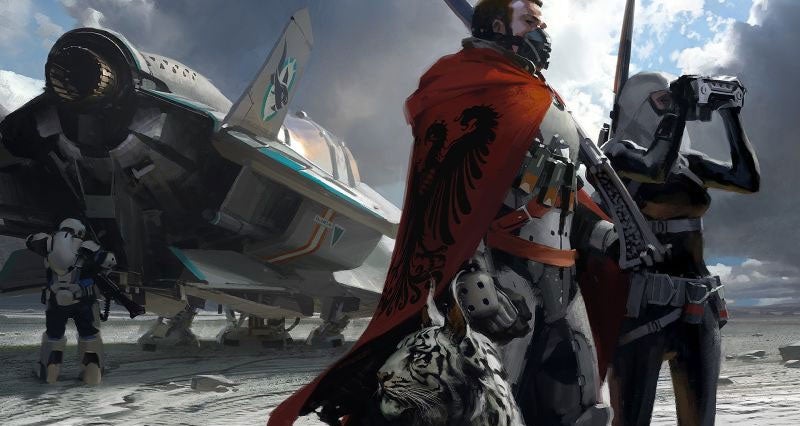 The Art Of Destiny

This book is so pretty that I’d happily recommend it to anyone just generally into sci-fi art. If that person is also into Destiny, then this becomes a must-buy.

Destiny is a feast for the eyes, a bizarre blending of fantasy and sci-fi inspirations (see the image above, for example), and a lot of that visual appeal is down to the fact that Bungie hired an army of the finest concept artists on the planet to work on the game.

This book collects the best work from those artists, or at least the work that went into the base game. Those looking for more recent material from Destiny’s expansions might have to wait for a second volume.

To give you an idea of how pretty this book is, imagine this, only with extensive commentary, and on nice paper. 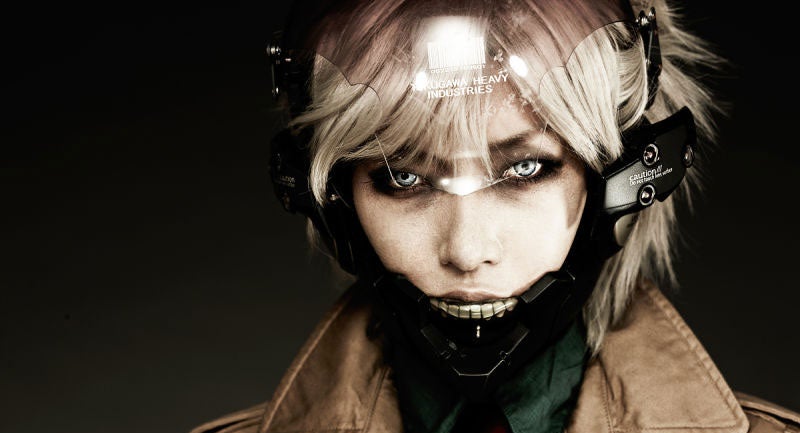 I’m biased, since both names on the cover are Kotaku staffers (and one of them is me), but I also think this is the best, most visually striking book about cosplay you can get.

Our idea with the book was simple: rather than trying to write some ivory tower history or guide to cosplay, we’d track down the best (or most interesting) practitioners of the craft from around the world — from the 1970s through to today — and ask them to tell their stories. Each one might only be short and reveal one aspect of the community, but put them all together and you’ll get a glimpse at the bigger picture, and perhaps see why cosplay is just blowing up in terms of popularity.

So why is this book in an art guide? Well, Cosplay World contains over 200 big, glossy photographs of cosplayers and props, all taken by professional photographers. Since it came from two Kotaku guys, a lot of the outfits are based on video game characters.

The game’s getting on a bit — this book is for the 2008 original, not its more recent handheld sequels — but its art book remains one of the all-time greats, and a must for anyone who has ever crossed paths with Sega’s tactical RPG.

The text is all in Japanese, but that doesn’t matter; you’re in this for the character art and vehicle designs, not the wordplay. 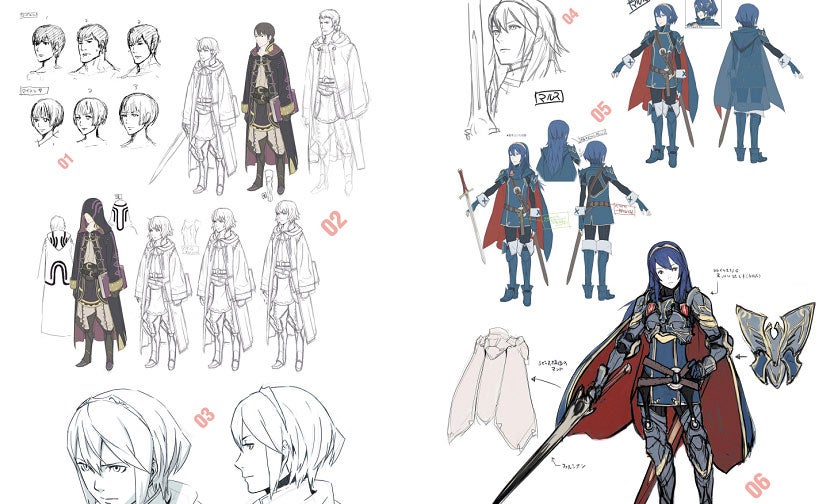 Another Japanese art book, but another that’s also worth getting regardless of whether you can speak Japanese or not.

It’s got pretty much everything you would want in a Fire Emblem book; shots of each character, yes, but also a ton of design sketches showing the processes that led from brainstorms to the final characters you see in the game.

What makes this book especially interesting, though, is that it offers a rare peek inside the creative process of a Nintendo series; most first-party studios are reluctant to ever share their sketchbooks, so it’s great that Intelligent Systems — which isn’t technically first-party but works extremely closely to Nintendo — are always eager to give hardcore fans what they want.

I know, everything up until now has been a book. Time to switch things up. If you’d rather get something to hang on a wall than sit on a bookshelf, here are a few options for prints and artwork, starting with the fancy stuff.

Cook & Becker are art dealers who specialise in high-grade prints. They have got a wide range of game stuff available, including concept art from studios like DICE, Capcom, Bioware and Sega.

Your mileage will vary depending on what you (or that special someone) is into, but in particular I’d recommend the prints from Destiny, The Last of Us, BioShock Infinite and Killzone, some of which wouldn’t look out of place hanging in a gallery. 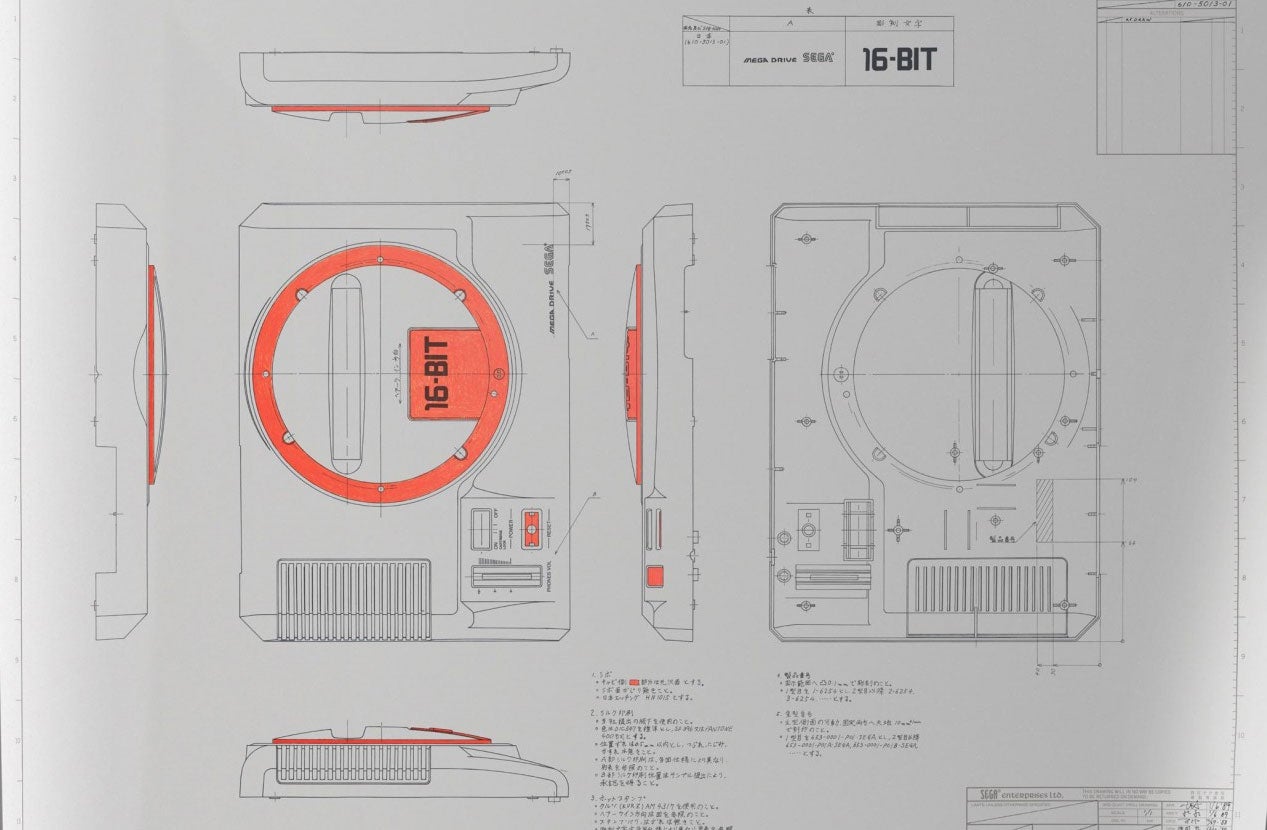 Read Only are a book publisher with some good stuff in their catalogue, but they also sell some cool prints, including a tribute to ’80s British developers and a recreation of the Sega Mega Drive’s actual blueprints, lifted straight from the company archives.

Being historically-focused, they won’t be for everyone, but if you know someone who’s into their retro game stuff, then they’re a great gift. Especially that Mega Drive blueprint, because really, when’s the last time you even saw a piece of art like that, let alone were able to buy it? 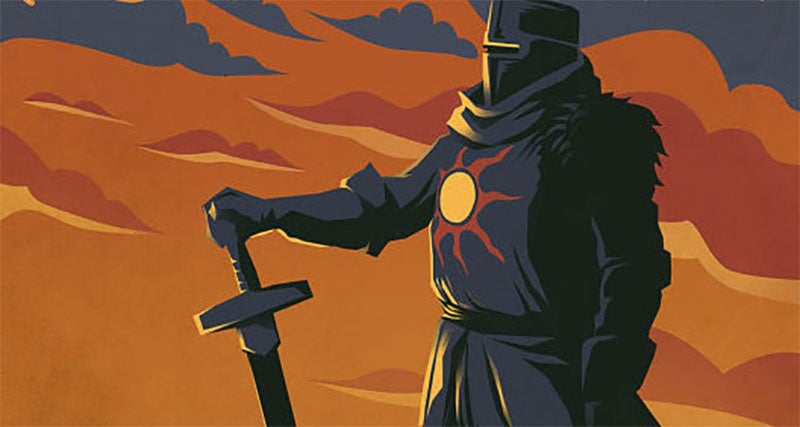 Artist Gibbs Rainock has a whole range of stuff available on his Etsy store, but the highlight is his range of Dark Souls/Bloodborne posters, which bring a little 1930s travel advertisement flair to the grim surrounds of Miyazaki’s hellscapes.