Aussie Filmmakers’ Take On Tomb Raider Is A Blast 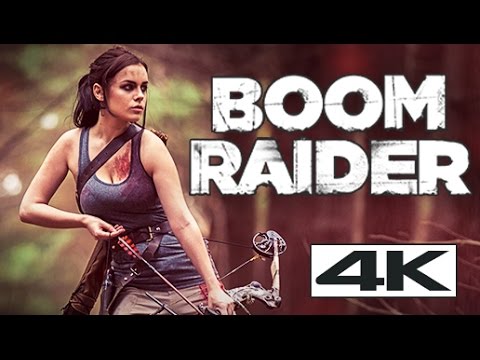 Lara is low on ammo. She’s only got one arrow left to take out an entire encampment of enemies and she knows where she’s gotta put it. Actually making the shot is turning out a little difficult, though… Fury Fingers — the Aussie filmmakers behind that awesome Metal Gear fan film, “Sleeping With The Enemy” — have done it again. This time, they’re taking on Tomb Raider with their action-packed parody short, Boom Raider. The film was a collaboration between Adelaide-based Fury Fingers, Melbourne cosplayer Shiveeejam, and a bunch of their talented friends. Making the film was particularly tough on Shiveeejam, who had to take a crash course in fight choreography to get her ready to shoot. “I did two sessions with our amazing stunt coordinator Anthony Rinna the weeks leading up to get to Adelaide,” Shiv explained. “I could barely walk! But I think that spoke more about my fitness than necessarily the training. We filmed a lot of it so I could see what I was doing right and wrong and so we could point out what to work on.” The shoot itself happened over two days in Adelaide, with Shiveeejam being flown in just to film. “We wanted a really great Lara,” says Nicholas Cleary, the writer and director on the film. The other stunt performers in the film were recruited by Anthony Rinna, a professional stuntman who is a part of the Fury team. The entire cast and crew were volunteers, seeing as fan films are usually made with no budget. “It wouldn’t have cost much more than $1500,” Cleary estimated, “but in theory – if we could do it all by the book and pay everyone properly — it’s a production worth about $50, 000.” Shiv made her own costume for the shoot (in true cosplay style), a feat made even more difficult by the fact that it had to be manoeuvrable for the shoot. In her experience of being Lara for two days she does have a few tips for Tomb Raider’s character design team, however: “The most annoying thing was honestly trying to hide my bra straps and not being able to wear a sports bra with the shape of the top. Honestly, why doesn’t Lara wear a sports bra? She should.” The film also gained Crystal Dynamics’ blessing early on in production, and though they weren’t heavily involved in the process they did send over a few notes on how Lara should be portrayed. For more behind-the-scenes on this clever little film, you can also check out Adelaide photographer Steamkittens‘ album from the shoot, and look out for more videos from Fury Fingers‘ channel.