That Time Rockstar Made A Table Tennis Game

When the Xbox 360 and PlayStation 3 arrived, people expected open world experts Rockstar Games to come blaring out of the gate with something truly next-gen. What they got was something surprising: a table tennis game.

“Our mission brief at Rockstar has been clear to us from when we founded the company — to make titles with innovative game play about subject matters we were interested in,” said Rockstar co-founder Sam Houser in a 2006 interview with IGN. “We have always been a company that likes to take risks, and do things differently from everyone else. For us this does not just mean gangster films, or car chases or westerns (much as we still love them), but anything that we think is interesting and has not been successfully handled elsewhere in a video game. From our perspective, table tennis fitted the bill perfectly.”

Rockstar was interested in what might happen if their new game engine, which would later go onto power Grand Theft Auto IV and other sprawling open worlds, was focused on a single idea. In this case, it was table tennis.

The studio tasked with building Rockstar Games Presents Table Tennis — quite the name! — was Rockstar San Diego. Having worked on Smuggler’s Run and Midnight Club for PlayStation 2’s launch, Houser suspected San Diego was best suited for a game that early into the launch of new hardware. Table Tennis arrived a few months later than Xbox 360’s launch (23 March 23 2006 vs. 22 November 2005). 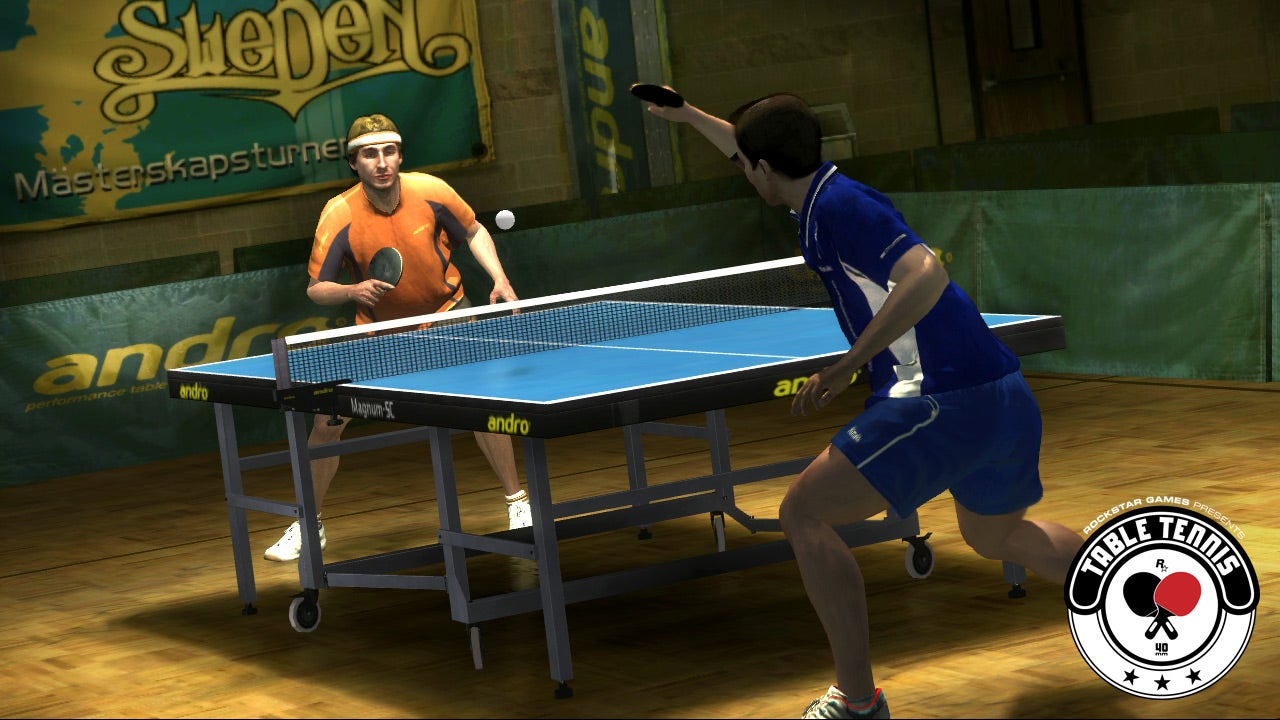 Though Rockstar had been more closely associated with PlayStation in years past, with the Grand Theft Auto games regularly launching first on Sony’s platforms, Table Tennis was an Xbox 360 exclusive. PlayStation 3 wouldn’t launch until later in 2006, though Rockstar ported the game to the Wii in 2007.

Another quirk? Table Tennis released at $US40 ($56), slightly cheaper than other games. This was around the time the industry was slowly transitioning to $US60 ($84) as the standard price point for a game, rather than the previous generation’s $US50 ($70).

Rockstar wasn’t making a goofy game. This was Serious Business, with Houser hoping “to create a sports game with the intensity of a fighting game and the sense of speed and control that would make playing it a more intense and more visceral experience than has previously been possible with sports games.”

By most estimations, it seems like Rockstar pulled that off.

Per GameSpot reviewer Ryan Davis (RIP, buddy) at the time:

“As one of the first commercially available video games, Pong seems to have an almost academic importance, but not enough credit is given to the simple elegance of its design — two bar-shaped “paddles,” one square “ball” — something that was born largely out of technical limitations. There is an obvious correlation between Pong and the newly minted Rockstar’s Table Tennis for the Xbox 360, in that Table Tennis is literally a ping-pong simulation. But it also follows the same philosophy of stripping the experience down to its essence, something focused and intense. Rockstar’s Table Tennis treats the game like a serious sport, taking incredible care to present some of the most realistic player characters ever put in a game and delivering frenetic and nuanced action.”

Even years later, critics praise it as The One True Table Tennis Game:

Then again, it’s not like there are a ton of table tennis video games.

…wait, there was one for the Gizmodo where you played against girls in bikinis??

As mentioned earlier, Table Tennis never made its way to the PS3, but it did arrive on the Wii, one of the few times Rockstar flirted with Nintendo’s console.

The controls were modified for the Wii remote, but worked OK, but when GameSpot‘s Ryan Davis reviewed that version, he lamented the lag in-between swinging the remote and having it appear on-screen. Remember, it wasn’t until the MotionPlus add-on that Nintendo’s controller approached 1:1 movement:

“All three options work pretty well, though in our experience, the control freak setup isn’t as useful as the other two because the game handles player movement well enough. Considering the depth originally afforded on the Xbox 360, it’s impressive how much made it here. Still, there are compromises that sap the game of some of its kinetic feel. It’s much more difficult to miss the table with the standard control scheme, which makes the game much, much easier. The biggest problem, though, is the incredible disconnect between your movement and the action onscreen. Rather than operating on a one-to-one control scale, where what you see correlates directly to your movement in real time, you can swing at any time that the ball is headed toward you, and your player will automatically swing when the time is right. The game actually encourages you to swing as early as possible because the strength of your spin is determined by how long you hold the D pad. It’s entirely functional, but it doesn’t make you feel like you’re really playing table tennis any more than the 360 version did, which would seem like the whole point of bringing Table Tennis to the Wii in the first place.”

Here’s how it looked in practice:

Table Tennis appears to be a random blip in time. Rockstar’s never produced anything like it since, and it doesn’t seem Table Tennis 2 is coming soon. If anything, Table Tennis provided the groundwork for the ridiculous amount of mini-games that find their way into the Grand Theft Auto games these days!