The Rick And Morty Version Of Pokémon Is Brilliant 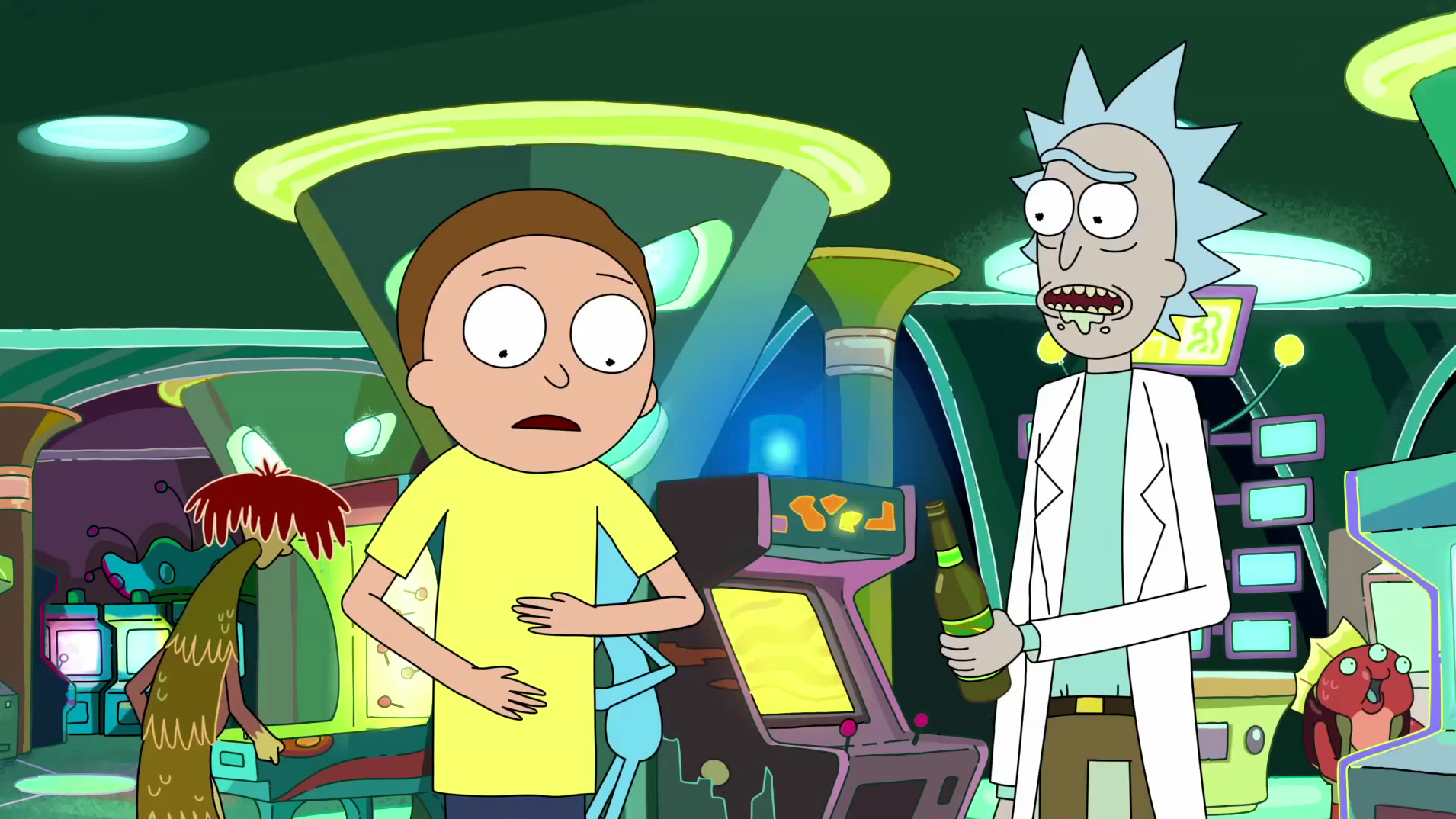 Pocket Mortys is a shameless rip-off of Pokémon — but that's exactly what makes it so good.

There are no cute monsters to collect in this mobile (iOS, Android) game. Instead, Pocket Mortys riffs off the fiction of Rick and Morty itself. Thanks to the show, we know that there are many different universes with different types of Ricks and Mortys. Our first glimpse of this particular timeline/universe starts out with Rick and Morty, hanging out in the garage as they tend to do — when suddenly they are attacked by none other than MYSTERIOUS RICK. Incidentally, Mysterious Rick looks just like Team Rocket, because of course he does. 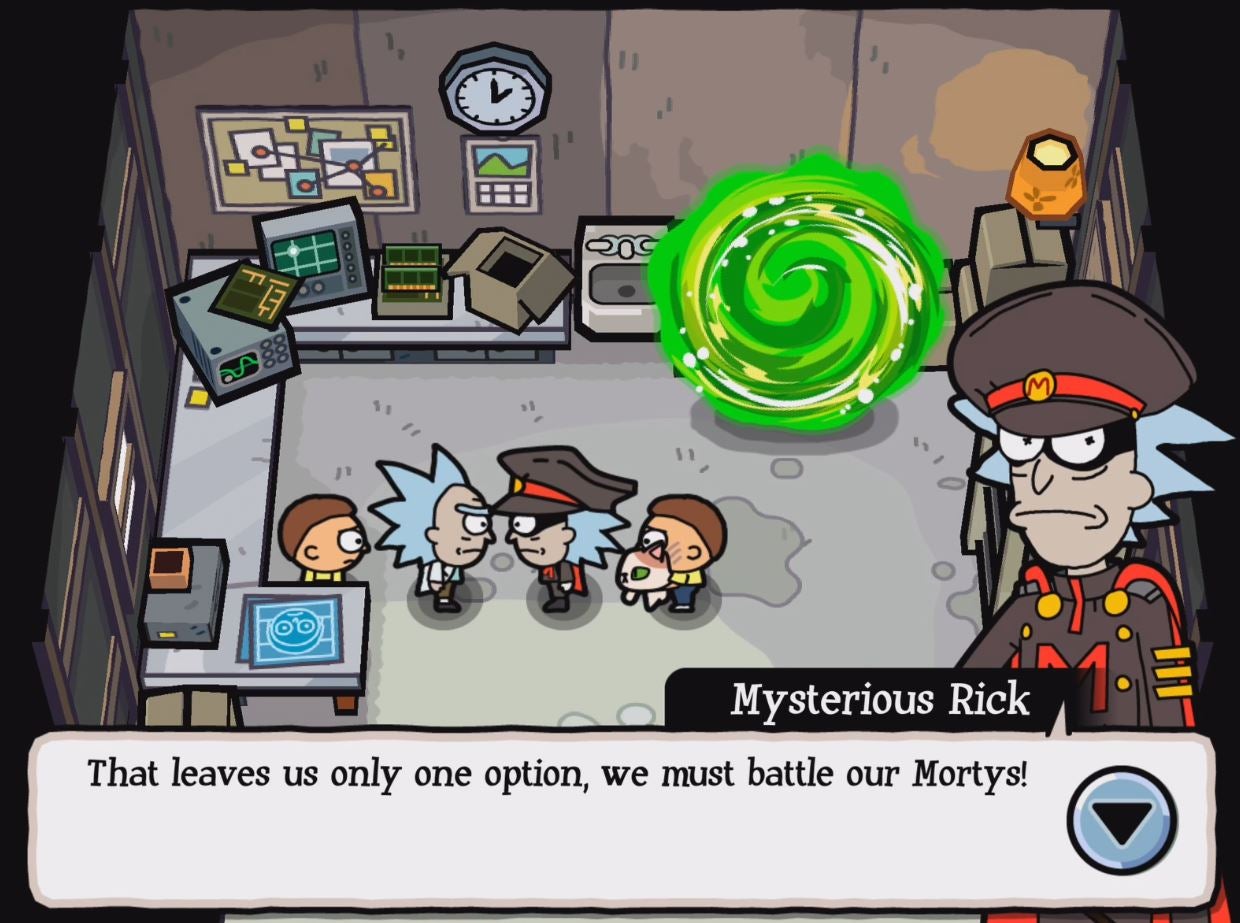 Mysterious Rick has but one desire: to steal Morty. Actually, he calls Morty a 'legendary' which is hilarious when you consider what a basic bitch Morty actually is. Rick of course will not stand for this, decides to step in to defend Morty. It's a very Rick-like defence, though. In that moment, he orders Morty to duke it out against Mysterious Rick's Morty. It's a cockfight, basically, and it unfolds via turn-based battles. Like, you know, Pokémon. 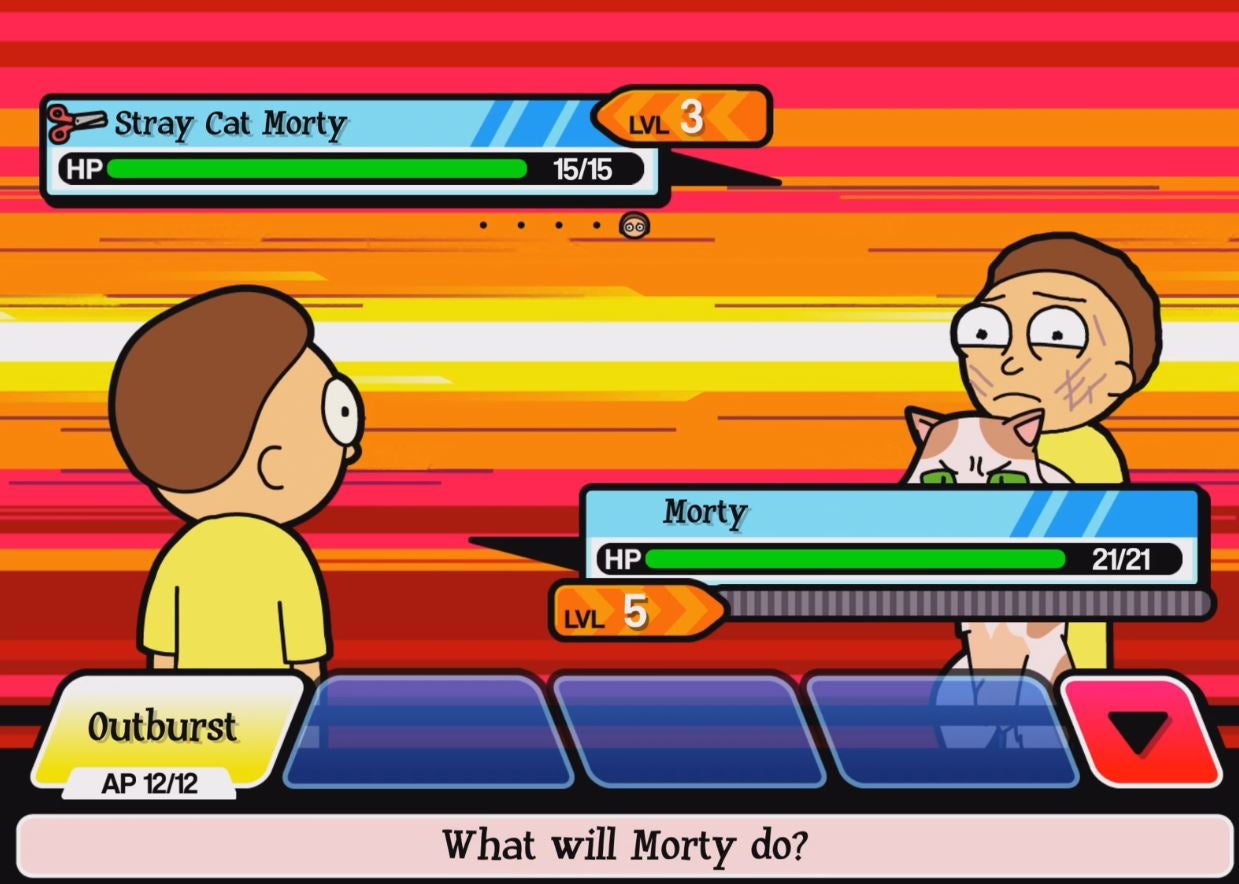 Except the "Pokémon" in this case are actually just Morty; Ricks across the galaxy apparently collect them like pets and make them battle against one another. It's cruel, yet oh-so-perfect for the show. The game might be a spin-off, but I could easily see it as an actual storyline.

This is what Pocket Mortys excels at: making the most out of its fiction. Morty doesn't just have generic attacks, he can do things like "Outburst" — which he is known to do in the show itself. And as you go along, you discover all sorts of other Mortys, all of which you can collect and battle. This is where the game has some fun with its concept. Some of the Mortys I've come across include:

The list goes on. And again: it's literally just Morty, with like one difference. OK, occasionally it's a massive, disgusting difference. The point is this: in any other game, this sort of design for your collectible monsters would be lazy. Here, it fits the humour of the show rather well. Rick and Morty has argued that Mortys in other universes are kind of replaceable, after all, so it doesn't seem like a longshot to think some Ricks would treat them like Pokémon. Plus, it's super-cute to have all the different Mortys follow you around like this:

All modern Pokémon games should let you do this. Hell, maybe a Pocket Morty's-style crafting system could work in the original games, too. To Pocket Morty's credit, it does try out a few new things you won't find in Pokémon. Mostly, though, Pocket Mortys imitates Pokémon to make fun of it.

In the video at the start of this post, you can watch me play through the first 30 minutes or so of the game. I've had a fantastic time with it so far, especially after the depressing cliffhanger that the show ended on last season. Here, though, you can still say hi to Birdperson. Rick and Morty are still going out on adventures. It's a grand ol' time, even though, yes, some Mortys do get hurt along the way. It's OK. They can take it.