Watch The First Two Missions Of Homeworld: Deserts Of Kharak 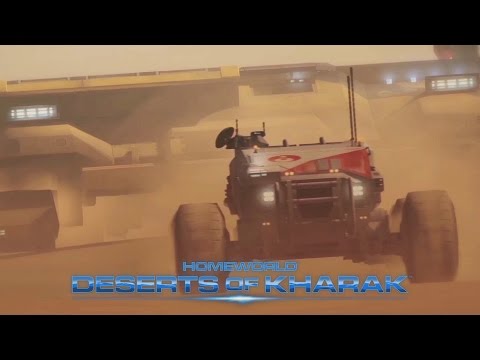 A lot of what the developers say in these videos are quite complimentary towards their own UI, systems, and units. But they’re probably right when they say that fans of the original Homeworld games will like how much of a throwback they are. Your giant land carrier performs the role of a mothership, missions have a similar slow pace, and the whole thing is “one big sci-fi journey across the desert.”

It’s probably a good thing it’s getting in before the crazy month that February is going to be for games.

And because there will be a lot of drifting on sand in the game, here’s a developer diary talking about how they studied gymkhana to get the unit movement right: