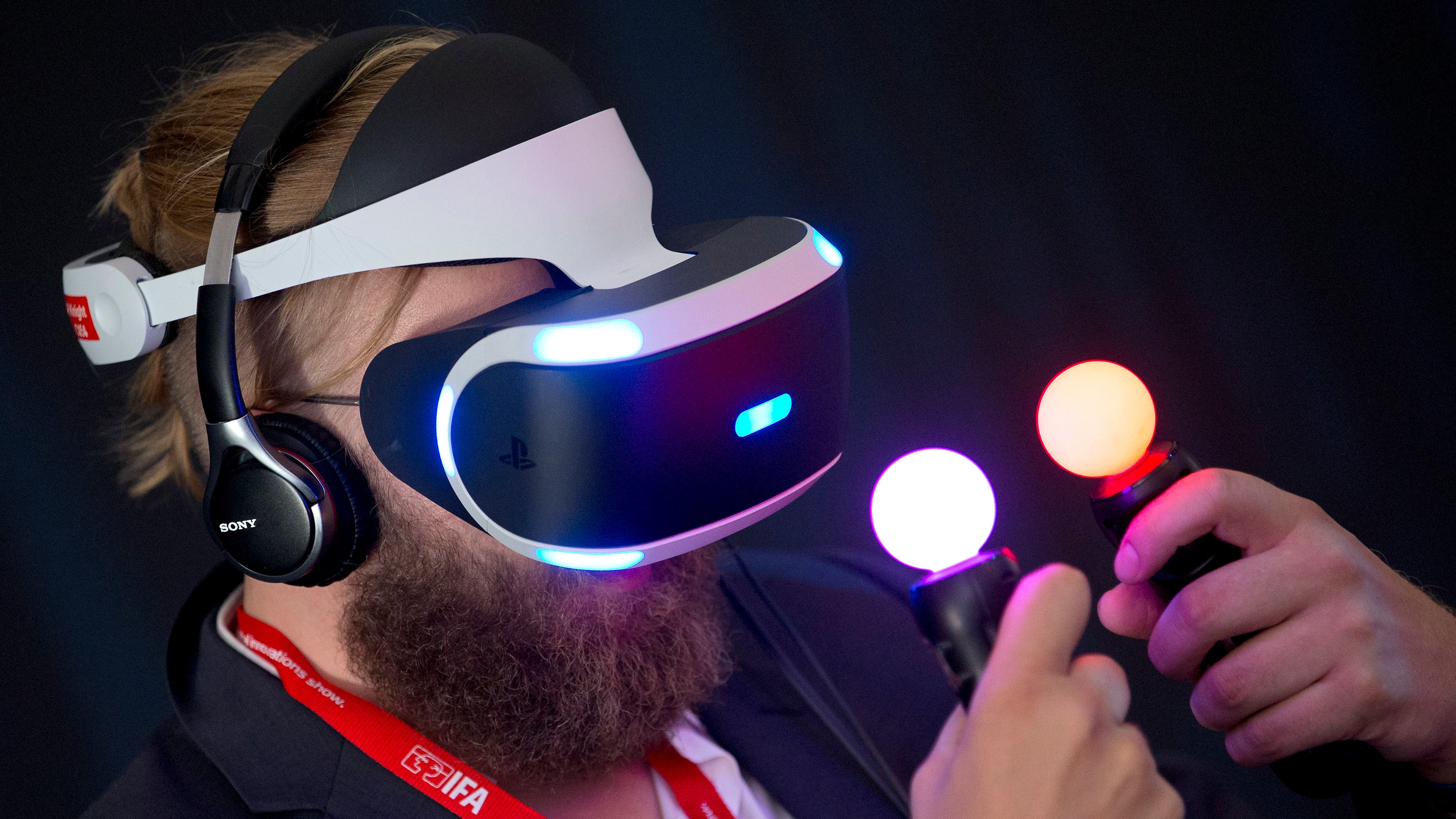 It’s looking like 2016 will be the year virtual reality hits the mainstream now that Oculus Rift is on the brink of shipping and Google Cardboard is into the millions of units sold. Now we finally know when Sony is releasing its new VR headset, too. GameStop CEO Paul Raines revealed the PlayStation VR will launch in the third quarter of this year during a live television interview.

“We will launch the Sony product this fall,” said Raines, “and we’re in discussions with the other two players.” Shortly after blurting out the PlayStation VR release date, Raines redirected the conversation to GameStop’s dominance in gaming hardware sales. To watch the flub, jump to the 2:40 mark in the clip below:

The revelation is a huge deal, especially now that the virtual reality market is on the verge of heating up. Until Raines’ interview, we’ve only known that the PlayStation VR would cost “several hundred dollars” and that it would be released in the first half of 2016 according to a Wired report last year. But that timeframe was based on a speculative timeline. Now that we’re further along into the development cycle, it seems clear that a big retailer like GameStop would know exactly when the new VR headset will hit store shelves.

The PlayStation VR launch would actually mirror every major video game console release of the past decade. Sony would begin selling its brand new hardware (in this case, the VR headset) starting in spring (autumn in America), when gamers are willing to spend more on shiny new hardware. Then, Sony could begin bundling packages for new customers during the holiday season at a discounted rate.

It also helps that Sony has already sold more than 35.9 million PlayStation 4 consoles. Those millions of customers will have a console that’s ready to run high-end virtual reality games on day one of the PlayStation VR launch. By comparison, Oculus and HTC, Sony’s two biggest competitors in virtual reality, will require that new customers buy expensive desktop PCs in order to run their headsets.

For anyone that wants a easy access to high-end, immersive VR gaming, the Sony PlayStation bundle will be an obvious choice. It also doesn’t hurt that Sony owns a movie studio and could quickly and easily licence popular titles like Spider-Man and Ghostbusters.

The only downside to the PlayStation VR is that it won’t be nearly as powerful as the Oculus Rift. The reason is because the Oculus Rift requires a powerful (and pricey) Nvidia GTX 970 graphics processor or higher. The PlayStation 4, by comparison, runs on a customised GPU that is closer to the Nvidia GTX 660. It’s important to note that you’ll be able to upgrade an Oculus-ready machine any time you want, while the PlayStation is non-upgradeable.

As for how quickly VR will make it into homes, it depends on how you measure it. Earlier this year, Goldmann Sachs released a report saying the virtual reality and augmented reality will be a $US80 billion market by 2025 — or roughly the same size as the desktop market today.

The big catch to that prediction is that it will take more than five years to ship more than 100,000 units — which is a tiny number compared to smartphone shipments in the early 2000s. So unless you’re the owner of a PlayStation 4, get ready to dish out a whole lot of cash in order to play virtual reality games.

This was originally posted on Gizmodo Australia