Uno was one of Xbox Live Arcade’s best games in the early years, a fact that’s been somewhat forgotten because all anyone can remember are endless penises. Besides being an excellent online multiplayer game, lots of people owned Uno on Xbox 360 because it came bundled with the then-novel Xbox 360 Vision Camera accessory. Unfortunately, what Microsoft didn’t anticipate was how many dudes would immediately start using the camera to show off their junk.

There’s not much video proof of what I’m about to tell you — though if you find some, please tell me — but there are countless stories about how you could count the seconds until Uno dick.

Here’s what a video-enabled game of Uno looked like: 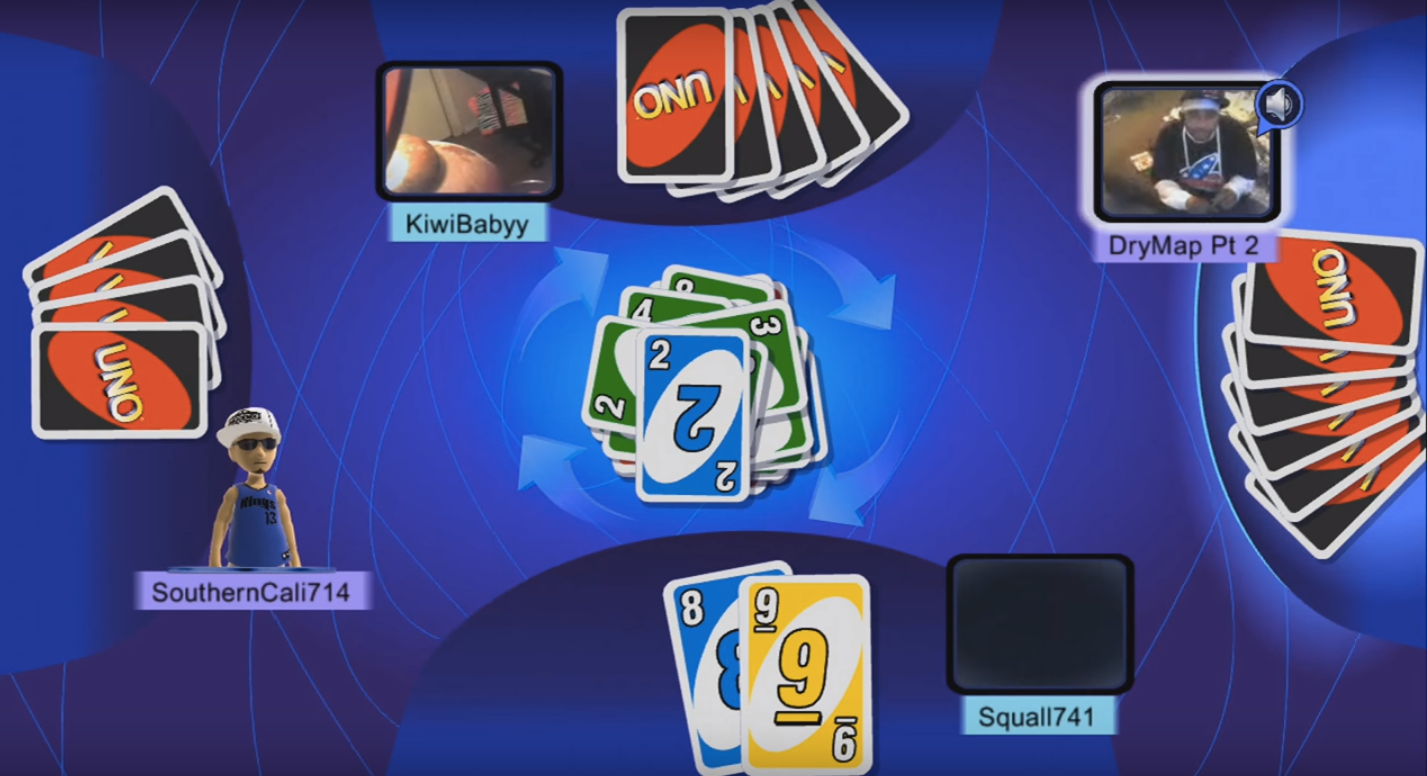 Now, try to imagine that with dicks, as illustrated by these terrifying anecdotes:

Shout outs to threads on Giant Bomb, GameFAQs and NeoGAF for those stories, which are just a handful of what I found by barely beginning to search around Google.

In a Polygon feature looking at XBL during the Xbox 360 years, it was revealed that it was the job of some female employees to seek out and ban these people:

One of the funny things that came out of it … we’re meeting with the Xbox Live enforcement team, and [there was] a woman on the team who’s in her early 20s. She was explaining that she spends a good part of her week going into Uno games with the camera on and basically just waiting for dudes who will see a woman playing Uno with her camera on and expose themselves.

I was like … ‘Really? How often do you actually have dudes, you know, whip it out?’ And she said, ‘Eh, my time to penis is about 14 minutes on the average.’

I mean, she would sit on there and just ban these guys when she ran into them, but apparently it was a serious problem. Part of what makes it extra sad is that it’s Uno, which you think would be a family-friendly game for people to play.

Damn, I hope she was paid well.

Or an attempt at tricking someone into watching the infamous 2 Girls 1 Cup:

Uno was the god damn wild west of games, all thanks to a mediocre camera.

One of the more popular stories is that a mum apparently discovered her son was banned from Xbox Live for exposing themselves while playing Uno. 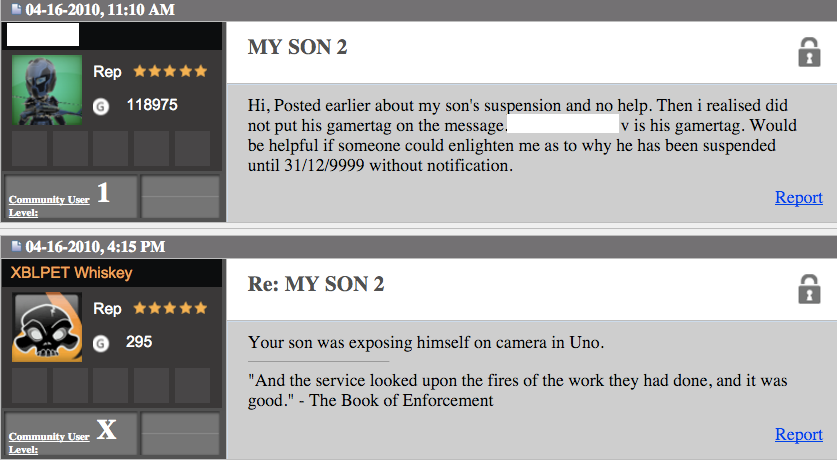 While I haven’t been able to verify the story, there’s plenty of evidence of people showing their dick while playing Uno. Given the thread was quickly locked, it seems possible XBLPET Whiskey was a community moderator. I want to believe.

Again, while this has been a dick-centric episode of That Actually Happened, it’s worth pointing out that Uno was an excellent game, too! I played hours of Uno while drinking beer in university, and man, this makes me wanna play again.