‘The Big Erect One Looks Weird’: What It’s Like To Make Fallout 4 Dick Mods [NSFW]

When I last spoke to Fallout 4 modders, they alleged that making nudity mods for male characters was more difficult than female nudity mods. A month later, it seems that some progress has been made, though it’s coming slowly.

So far, I’ve only been able to find two dick mods for Fallout 4. There’s “Immersive wasteland streaking“, which was made by foreverasir. It looks like this: 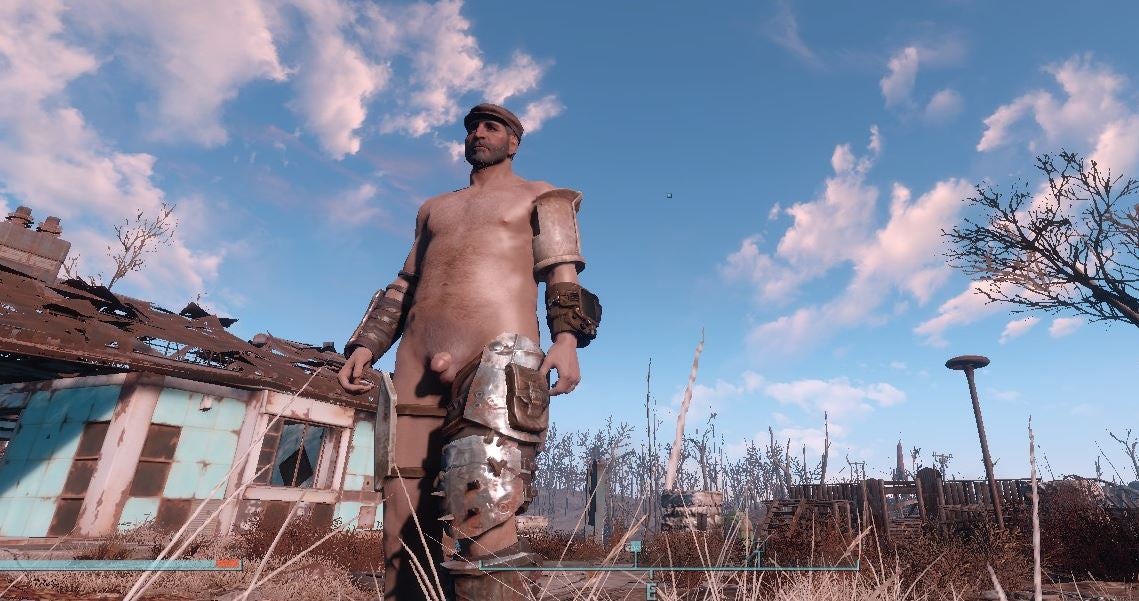 Mod’s Nexus Description: “Have you ever wanted to drop of your long johns or dirty underwear and to roam the wasteland butt naked, making Valentine a bit uncomfortable? Also, do you feel like your character lack the important equipment for this rough world but have no way to have it visualized? Then this retexture mod is for you. Now you can wander the wasteland buttnaked as a male.” 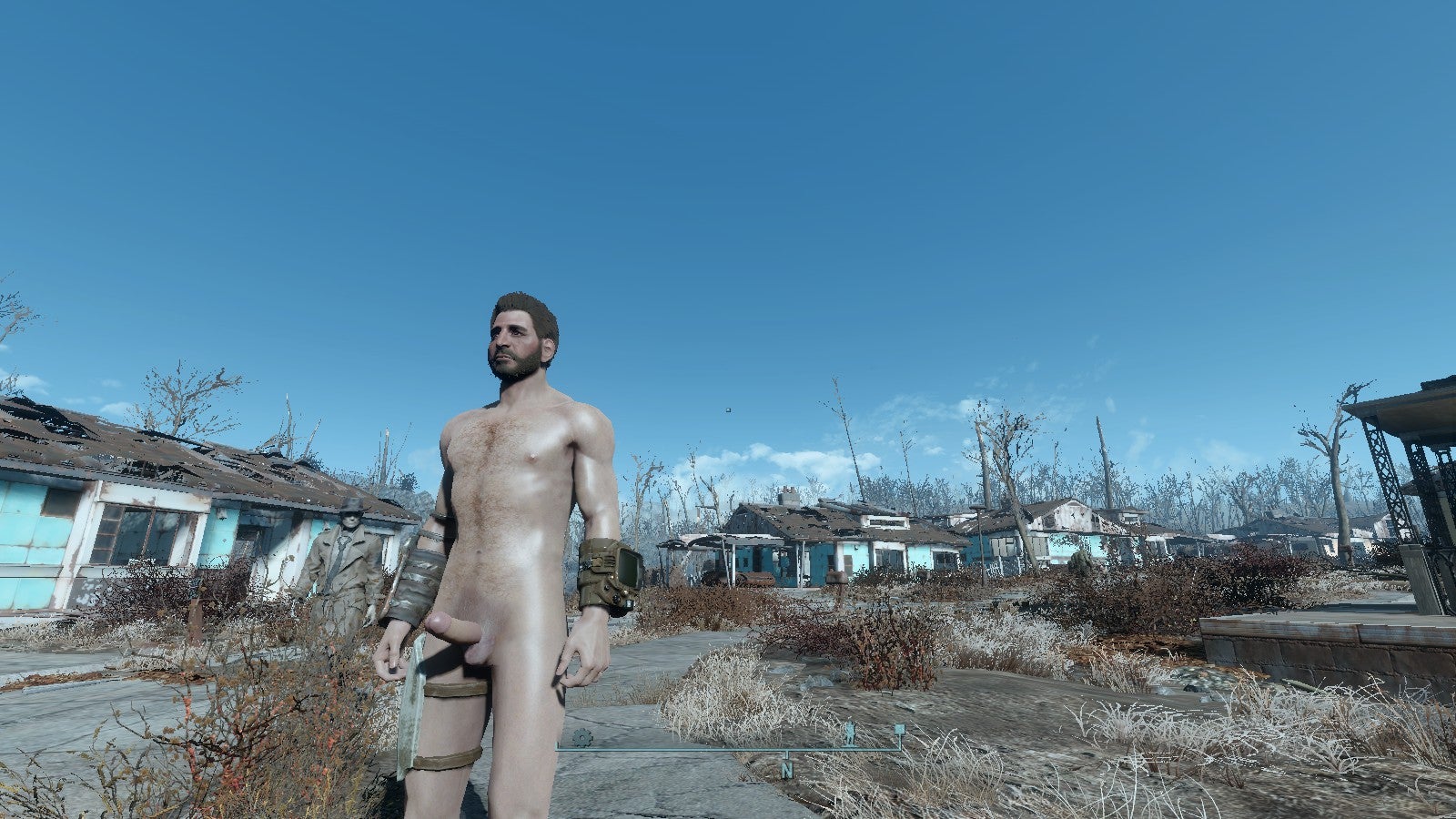 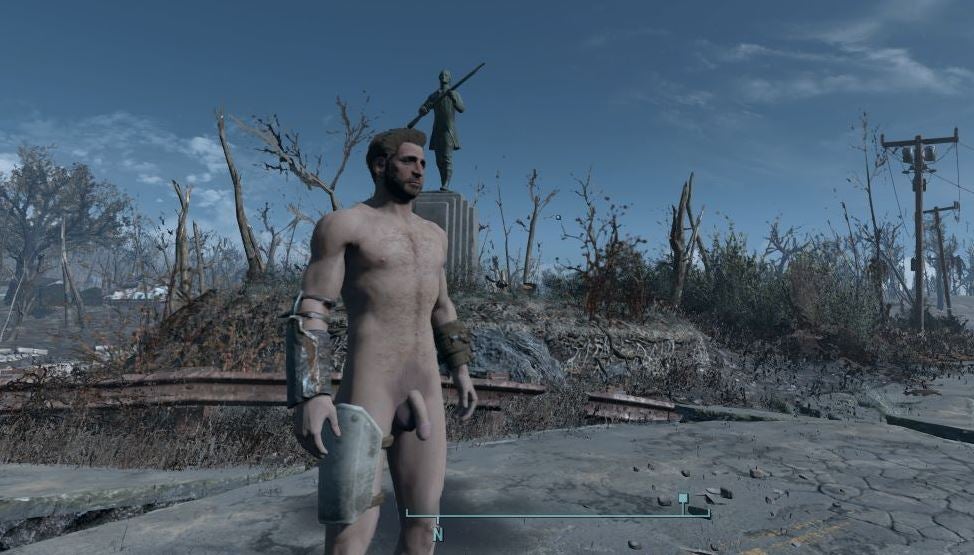 Mod’s Nexus Description: “It is similar to viagra. This mod gives your character a non-stop raging boner.The nexus as of now is all about them boobs and booty. It is time we give the male character some love.”

Schlongs of Skyrim, eat your heart out!

No but seriously though, the fact that people are finding ways to make their games naughtier isn’t what is interesting here. Rather, it’s curious to look at the technical difficulties Fallout 4 penis modders are running into along the way, as they try to graft dongs into a game that never intended to have them.

“An issue still is that the dick, because it is put on the pelvis bone, is resized as the character is rezised,” foreverasir wrote on the Penis Envy mod description. “This means that a large character would have a stretched out dick.”

Fortunately, foreverasir does have a suggestion for players who try out this mod.

“If you are playing a large character, you could try a smaller size, or perhaps a flaccid one. The big erect one looks weird in those cases.”

Getting to this point was a gauntlet onto itself. Foreverasir notes that, in an earlier version of the mod, “crouching [would] result in a deformed penis”.

Users have run into some hilarious issues along the way, too:

Immersive Wasteland Streaking has run into different problems altogether, all of which have to do with how the dick is created. While it’s not immediately noticeable, the “immersive” wang in the first picture of this post is actually just a flat texture put over the character’s crotch. What this means is that the character in the first picture in this post isn’t actually naked. He just looks naked, thanks to modding trickery. But really, the only way the mod can work is if the character wears a belt the entire way through.

For now, it seems that modders have to make some concessions as they figure out the ins and outs of dick mods. But hey, for players who really want to let it all hang in Fallout 4? This is still better than nothing: