The Theory That The Lupe Vs. Daigo Fight Was Staged 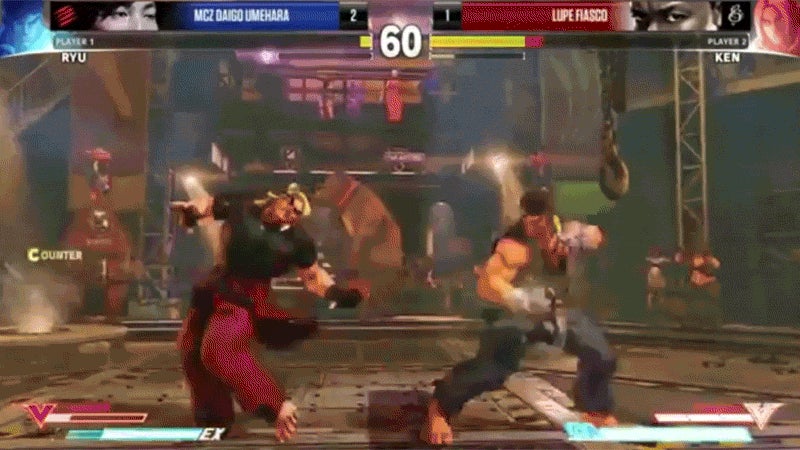 Yesterday afternoon, Lupe Fiasco beat Daigo Umehara in Street Fighter V. The result was unexpected, and some believe, perhaps, staged. There could be other factors the contributed to this outcome. Maybe Daigo was jet-lagged, maybe he's still not that familiar with Street Fighter V or maybe he was being polite. Or maybe, you know, Lupe is good.

Prior to publication, Kotaku reached out to Alex Verrey at MadCatz and asked if the Lupe fight was staged. Verrey replied, "No sir, it was not! Daigo would never allow such a thing."

(Kotaku also reached out to Capcom and Daigo's spokesperson, but haven't heard back yet.)

LUPE BEAT DAIGO AND HE DIDN'T EVEN KNOW IT pic.twitter.com/yJ2H7SQj3R

Daigo sandbag is so good. When Lupe jumps you see him pump the anti air uppercut and then think, "Oh yeah I have to let him jump"

So you mean to tell me

The sandbag is so real right now in the Lupe vs Daigo match ? #SFV

How the heck Daigo lose to Lupe in SF?! Hope that junk was staged.... LOL

@fals1fy It was 100% fake. Daigo made so many clearly intentional combo drops/lack of blocks.

@fals1fy fake lol. Lupe shoryud every time on wakeup. Daigo never blocked lol. Its the equivalent of playing in Smash without sheild option.

Others thought it was the real deal.

Some weren't sure what to think.

Then, there are those who just took it for what it was: an exhibition match between a major recording artist and a top-notch professional gamer. 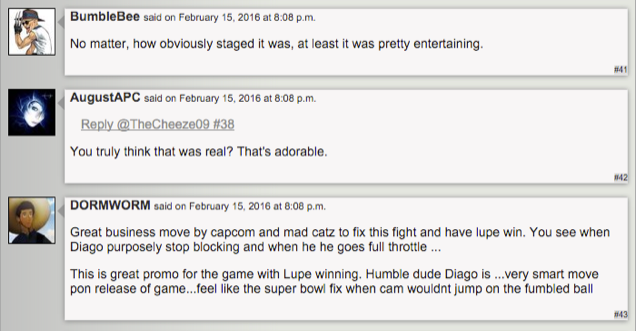 let yourselves believe in magic and wonder again.

Some people thought the most important thing is that the fight will help the fighting game community grow even more.

Maybe it was staged. Maybe Daigo thought it was first to 5. All I care about is how the community will grow after this #FGC #LupeVSDaigo

IMO: Lupe vs Daigo was staged, but that doesn't matter. What matters is that it brought publicity to SFV and the FGC.

The Daigo v Lupe game is totally rigged. If it's not, then Lupe needs to stop making music and start playing Street Fighter.

Find yourself someone who looks at you the way Lupe Fiasco looks at Daigo pic.twitter.com/3eczzId1zD

You can watch the fight and judge for yourself below.