featurefiraxispc gamingxcomxcom 2
To sign up for our daily newsletter covering the latest news, features and reviews, head HERE. For a running feed of all our stories, follow us on Twitter HERE. Or you can bookmark the Kotaku Australia homepage to visit whenever you need a news fix.

It’s a long, grisly war out there, commanders. These alien occupiers are tough bastards, and you’re gonna lose a lot of good men and women. We’re here to help you keep casualties to a minimum.

My colleague Nathan Grayson and I (Kirk) have been playing a good deal of XCOM 2 over the past week or so, and we’ve put our heads together to come up with a list of things we wish we’d known before we started.

We’ll start with ground-level combat tips, then move to bigger-picture development and global strategy. Lets do it.

First Thing You Do, Feel Out The Battlefield

XCOM 2 has a “Fog of War” effect that keeps you from seeing the full battlefield, but that doesn’t mean you can’t get a sense of how things will play out. Zoom all over the map and you’ll get a feel for the bounds of the map, your objectives and where enemies may be lurking.

ABC: Always Be in Cover

This is a very basic tip, but: Under no circumstances should you leave an XCOM soldier out in the open. Unless you’ve done a last-ditch Hail Mary to kill the last of your enemies, every turn should end with all of your soldiers behind some sort of cover. Preferably with that cover between you and your enemies. 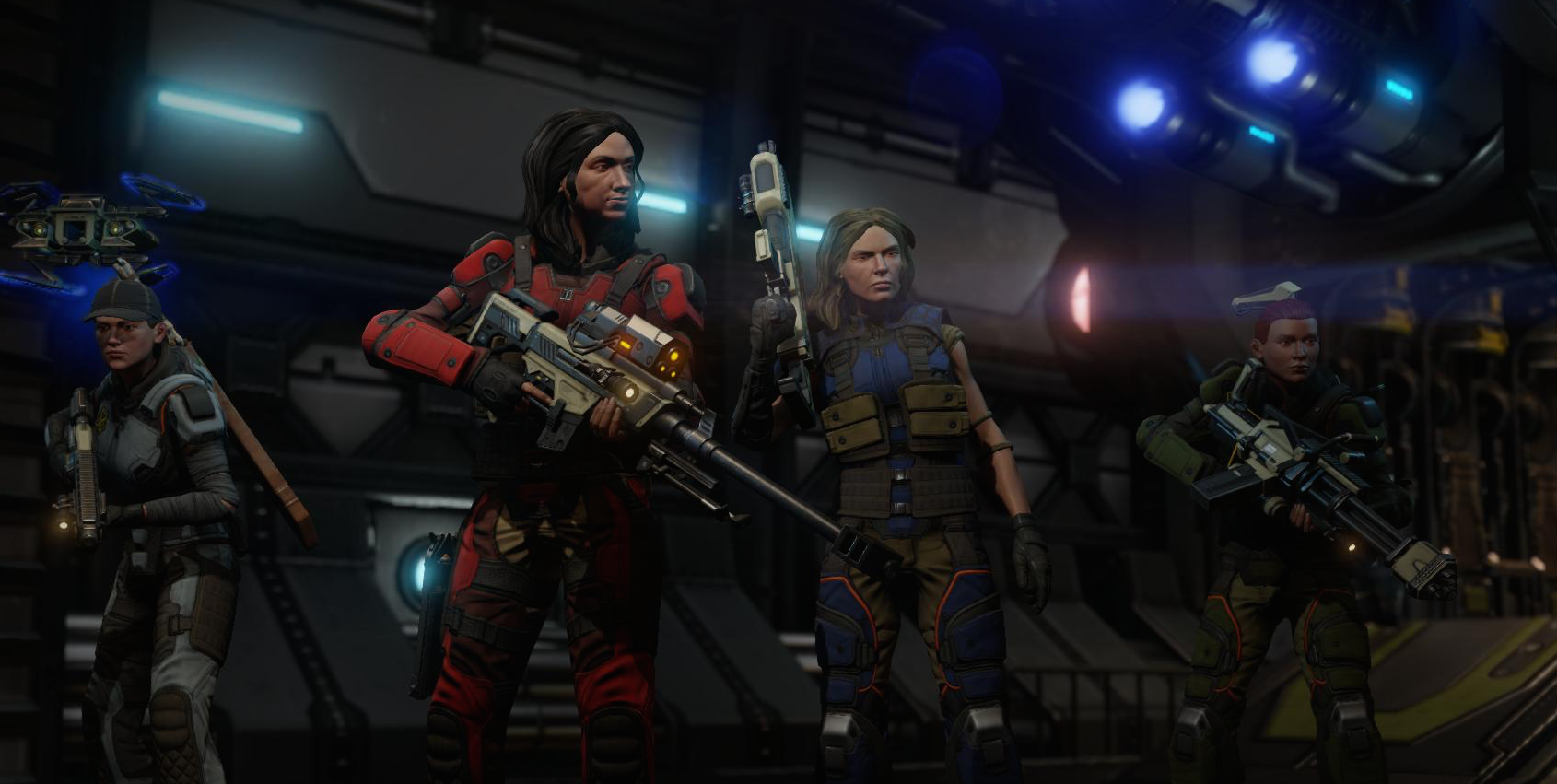 XCOM 2 offers a variety of different classes you can bring with you into the field. Among them are Sharpshooters, AKA snipers, and they are absolutely crucial to battlefield dominance. You can mix and match the other classes, but you should always bring at least one sniper. If you can, put ’em on a high vantage and leave them there. They will save your bacon more than once.

Have one well-versed in sniper skills, another with a mix of sniper and pistol skills (lightning hands is awesome) and frequently put both on Overwatch. As long as you keep them well-positioned, they work as both a versatile offence and a defensive shield against ambushes, all while mostly staying out of harm’s way. Be sure to give them weapon upgrades that increase their accuracy.

On missions that don’t have a timer, there is one important strategy we recommend. Enemies aren’t “activated” until someone on your team sees them. Once you finish one firefight, take a turn and allow everyone on your team to reload. It’s very easy to run out of ammunition at a crucial juncture, especially in the early goings. Reload even if your soldier has only fired a single time. There’s no real penalty for waiting an extra turn to re-engage, and you never know when that bullet will be the one that saves your whole squad. 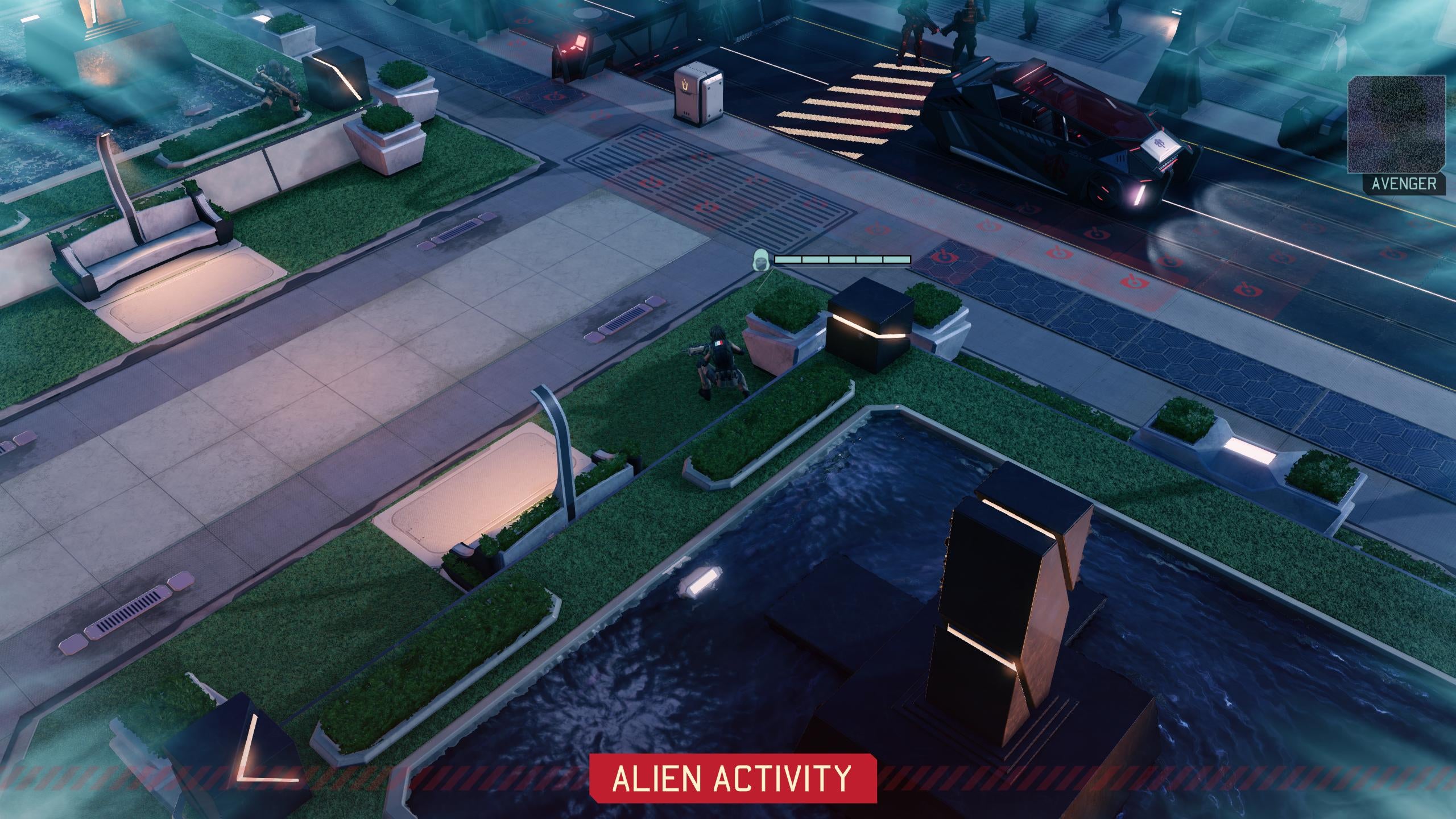 As you progress through a level, try to keep everything orderly and move in groups. Think of it as your back line and your front line. Your front line pushes forward, and your back line follows more slowly, keeping Overwatch on. That way everyone’s covered and you can fall back if we need to. Speaking of Overwatch…

The “Overwatch” move is one of the most valuable in XCOM 2, just as it was in the first game. It lets you set up a character to react to enemy movement by attacking, which is crucial for defending against flankers and setting up ambushes. It’s technically a defensive move, but it should be a part of any good offensive strategy. At first, try to end every turn with at least one of your soldiers on Overwatch. You’ll almost always be glad you left someone watching the back door.

Teach your grenadiers the “suppression” skill. It lets them pin down an enemy with fire regardless of any aim penalties. If the enemy moves, your grenadier will then take a normal shot, and if you combine that with the “holo targeting” skill, it will mark the enemy so your grenadier and the rest of your squad will have a much better chance of landing a hit. Bonus: Suppression also knocks enemies out of Overwatch. Putting jerk-arse enemies in unfair situations is delicious. 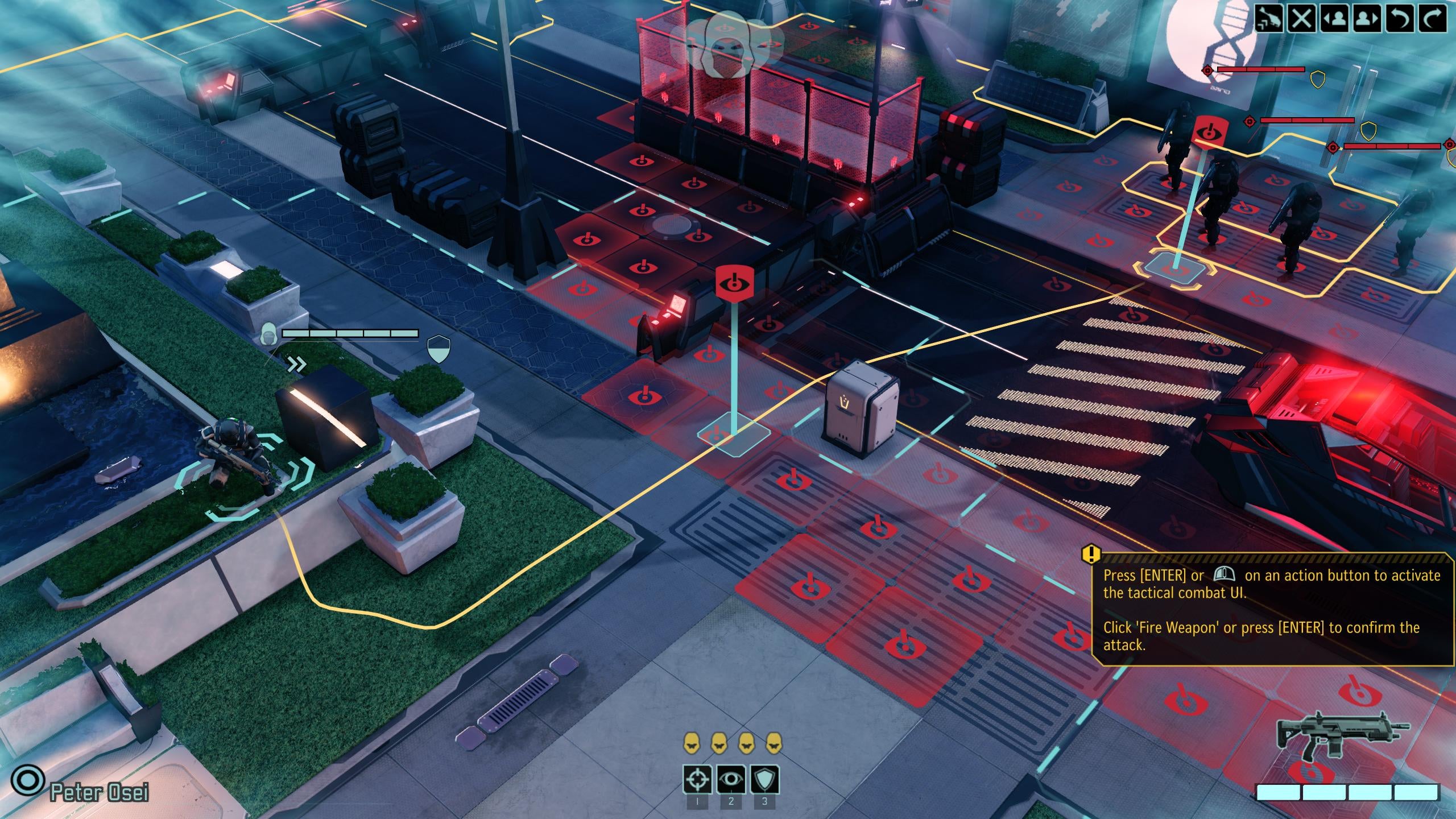 Lots of missions in XCOM 2 will start out out with your squad hidden, and will give you the opportunity to set up an ambush on an unsuspecting enemy patrol. Practice working these out so that you can kill every enemy in a single turn. That usually means setting a variety of Overwatch vectors and having a single character rush in and go weapons-hot. The more skilled your soldiers get, the more Overwatch shots they will land and the better your ambushes will work.

It sure is annoying when an enemy flanks you and still manages to cover up like a turtle. When that happens, remember that pretty much every object in XCOM 2‘s environment is destructible. If an alien’s giving you hell from behind nigh-impenetrable cover, blow up their cover with a grenade or heavy fire. (Grenadiers are great for this.) With cover gone, you’ll likely see that 33 per cent hit-chance rocket to 80, 90 or even 100. It’s glorious.

If Enemies Are Standing Near An Explosive Tank Or Canister, Blow That Motherfucker Sky High

A lot of the missions in XCOM 2 are on a timer, and it’s very easy to lose track of time and lose the mission. When the counter hits zero, you’ve lost — there’s no “bonus” extra round at zero. Be absolutely sure you can get everyone to the evac zone (or otherwise achieve your objective) with time to spare. Sometimes that means making a dangerous run straight past an incoming alien dropship. Grit your teeth and go for it.

Focus On Puppet Masters, Not Puppets

One type of early alien in the game is able to mind-control your soldiers and reanimate dead enemies, among other things. It should go without saying that you shouldn’t shoot your own people even if they are mind controlled, but we also recommend skipping the reanimated enemies. If you kill the alien behind it all, the zombies will become re-dead and mind control will wear off. In fact… 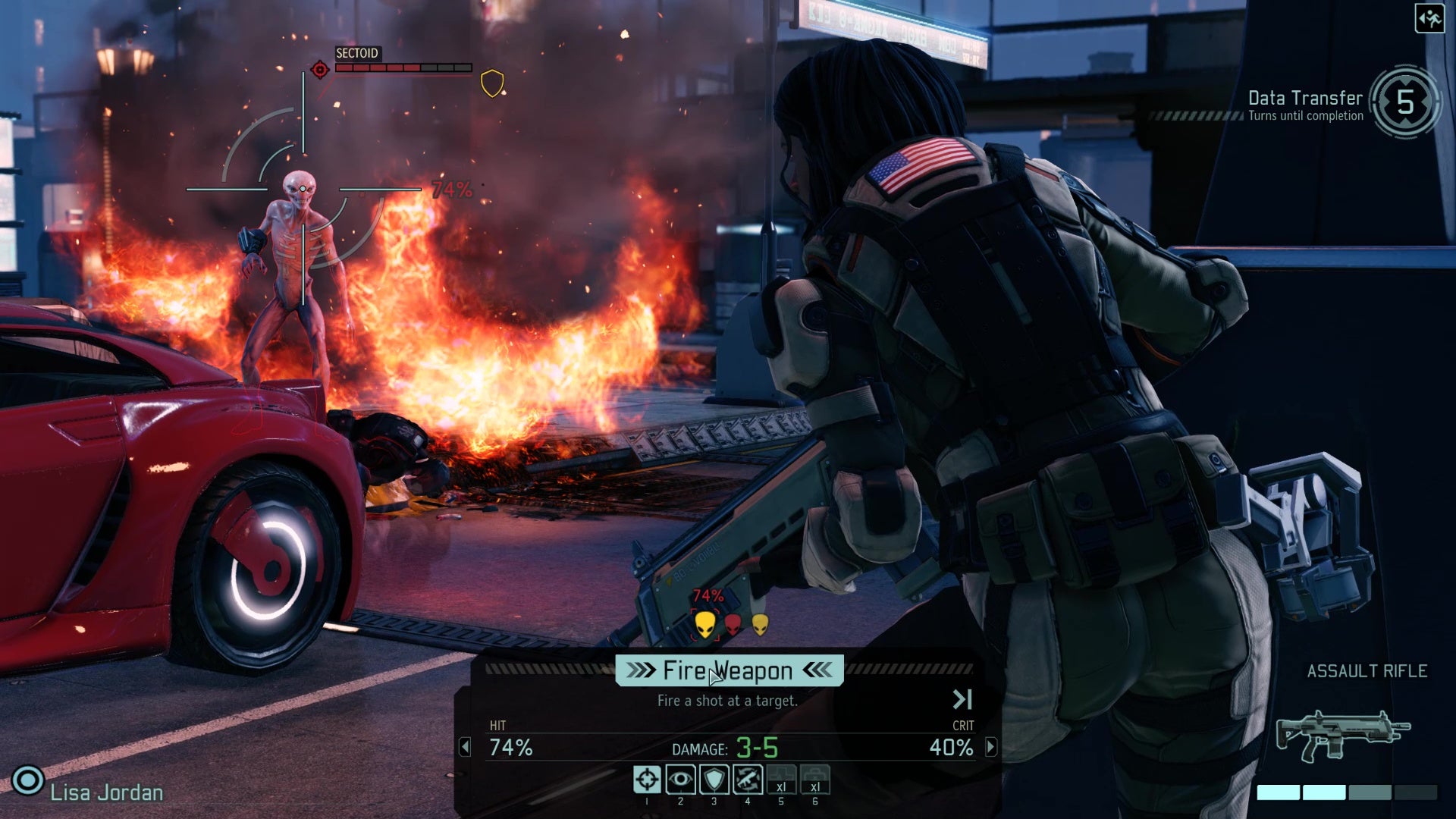 Let’s just get specific: We’re talking about Sectoids. The Sectoids’ reanimation ability is a pain, and so is mind control. Don’t let them do either of those things. As soon as they show up, shoot ’em dead. (Failing that, make sure your frontline characters are equipped with mindshields, an item you can research fairly early in the game.)

One of the first facilities you can build is the Guerrilla Tactics School. You can use it to produce a number of upgrades for your troops; go with an increased squad size off the bat. Five soldiers are much more dangerous than the four you start with, and will give you the opportunity to advance your soldiers more quickly.

Be Liberal With Weapon Upgrades

As you play, you’ll collect various upgrades that you can immediately apply to your weaponry. The more refined your A-Team gets, the more of an idea you’ll have about which upgrades you want to apply where, but at first, be liberal with upgrades. Use ’em or lose ’em.

Get To Know Your Soldiers

Soldiers in XCOM 2 have randomly generated names, appearances and backstories. You can change all that, however, by going in and fully customising each character. We highly recommend doing so: Name your characters after your friends and roommates, or your coworkers, or random celebrities, or your exes. Putting a distinct name and face on each of your characters makes it much more fun when that person pulls off a clutch save or, sniff, sacrifices themselves for the greater good. Change the colour of their armour, too; it makes it easier to tell who’s who at a glance.

Get Creative With Naming Your Saves

You can name your saves in XCOM 2, which can be useful for keeping everything organised. Keep one save for in between missions, one save for the start of a deployment and a few named “shitshitshitshit” and “ultimate failure”. Those ones will come in handy.

While it’s sometimes nice to be able to load a save and undo a particularly tragic turn of events, consider playing the game on Ironman mode, which removes the ability to save and reload. It’s a tougher experience, but also a truer one, and it can be thrilling and fun. It makes it harder to “win”, but “winning” isn’t really the point of XCOM 2.

The aliens’ secret doomsday project won’t stop itself, and you’ve got to make contact with resistances in multiple countries in order to delay the project’s progress. It’s easy, though, to reach a point where you’re ready to take on an important mission, but you haven’t made contact with the country it’s located AND your communication capacity is full. Don’t let that happen. Build a couple Resistance Comms early.

Gobs more HP and another item slot? This is a godsend for troop survivability, and it applies to your entire character roster. Focus on armour upgrades early.

Learn Skills That Let You Break The Rules

In XCOM 2, Characters get two big actions per turn, which usually consist of moving and attacking. Some of the game’s best abilities break the hell out of that rule. For example, the Ranger has an “implacable” skill that lets her/him move again any time they get a kill. “Run and gun” is another great Ranger skill that lets you have an extra action after you’ve moved twice in the same turn. If you combine those skills, you can theoretically take four actions in a single turn. That’s huge.

Don’t Be Afraid To Start A New Game

Sometimes you look at your roster, look at the challenges facing you and realise you’re completely outmatched. If this happens, there is zero shame in simply quitting your game and starting over. Each subsequent time through the first few missions will give you a chance to reprioritise and figure out which upgrades are most useful to you, and restarting doesn’t make the game any less unpredictable and fun.

Hope those tips are helpful. If you have more tips of your own, please do share them in the comments below. Vive la résistance!