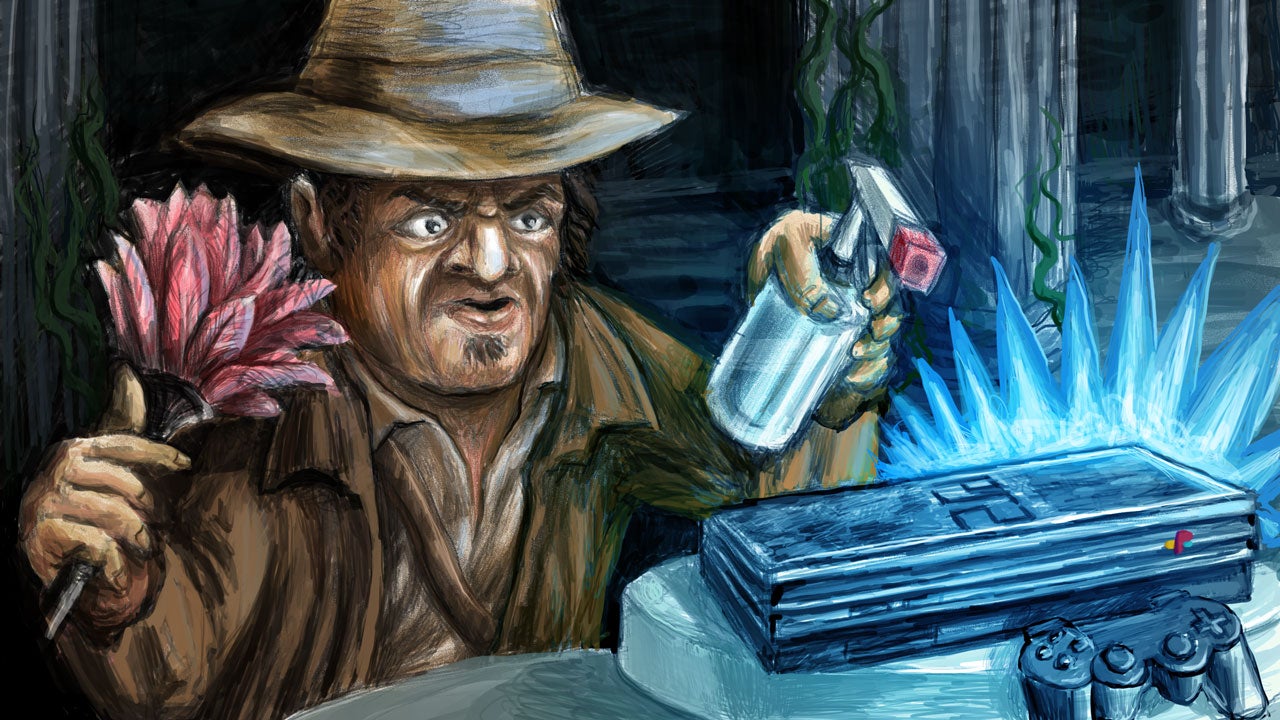 If you’ve been playing video games for any amount of time, odds are pretty high you have at least one console in your entertainment centre doing nothing and that sucks. Don’t let your old friend sit there and collect a gross film of dust and grime, give it a new life — or find someone who will. Here’s how.

10. Make Sure You Have It Set Up the Best Way Possible

First, take some time to clean and fix your controllers. Those old sticky buttons and grimy thumbsticks are no fun, even if everything else is set up properly. Beyond that, consider your TV.

Display tech has come a long way, and while most of this guide is geared towards slightly old consoles, like PlayStation 2s, 3s, OG Xboxes and 360s, even if you have an older console, it helps to connect them to your modern HDTV the best way possible.

Spend a little time in your console’s video settings to make sure they match up with your TV nicely and you avoid things like overscan. Then you can go a few steps further and make sure the picture is as sharp as possible.

Stepping up from an ancient composite connection to HDMI, if it’s available, will make a huge difference. Oh and if you haven’t already, it also helps to properly calibrate your television. It only takes a few minutes, and it’s totally worth it.

9. Ditch New Releases and Clear Out that Last-Gen Backlog 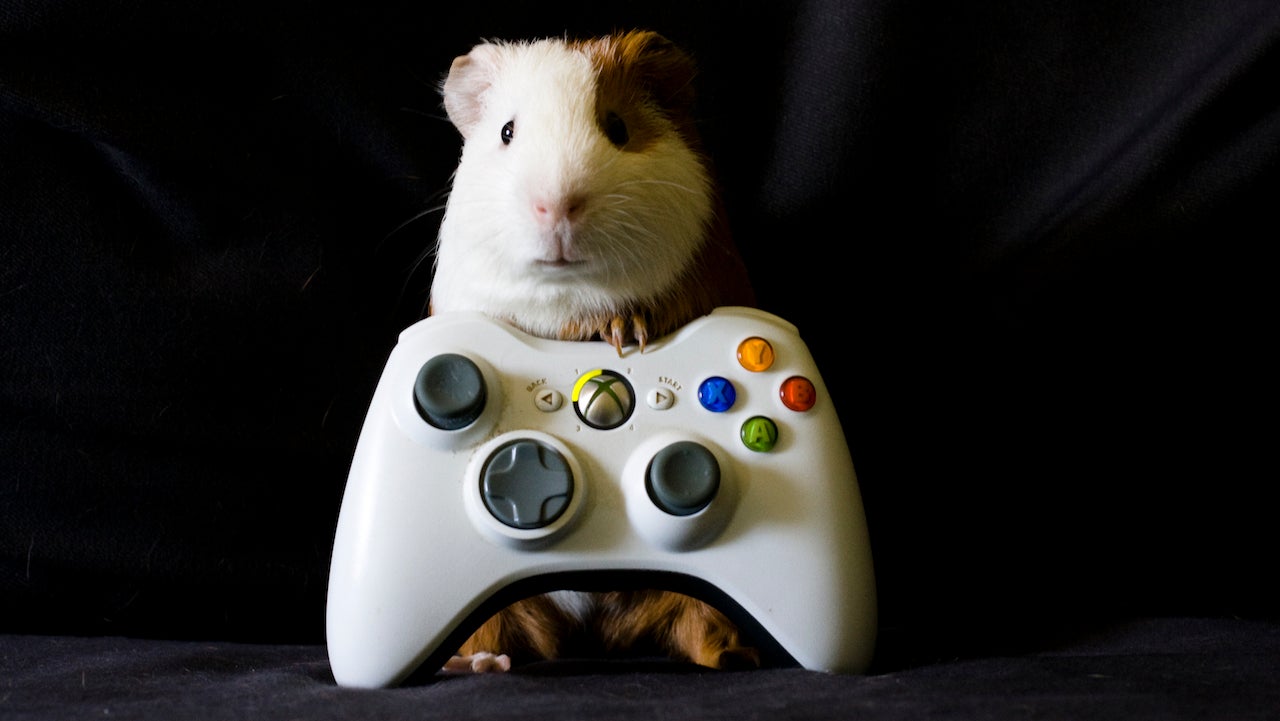 Look, new releases are great, but many of those older Xbox 360, PlayStation 2 or 3, or Nintendo Wii titles are just as good now as they were when they were new. Their stories are just as compelling and their gameplay just as good. Sure, some don’t hold up over time, and we’re not saying you should go full retro, but hard drive upgrades for those old consoles are cheap these days, and those games are cheap too.

Now is a good time to go back to your Xbox 360 and pick up the titles you never got to play, or fire up your PS2 and play through a best of-list from someone you trust. Besides, you’ll likely wind up playing the great games that inspire this year’s (and next year’s) new releases anyway.

8. Use It As a Dedicated Media Centre or Set-Top Box 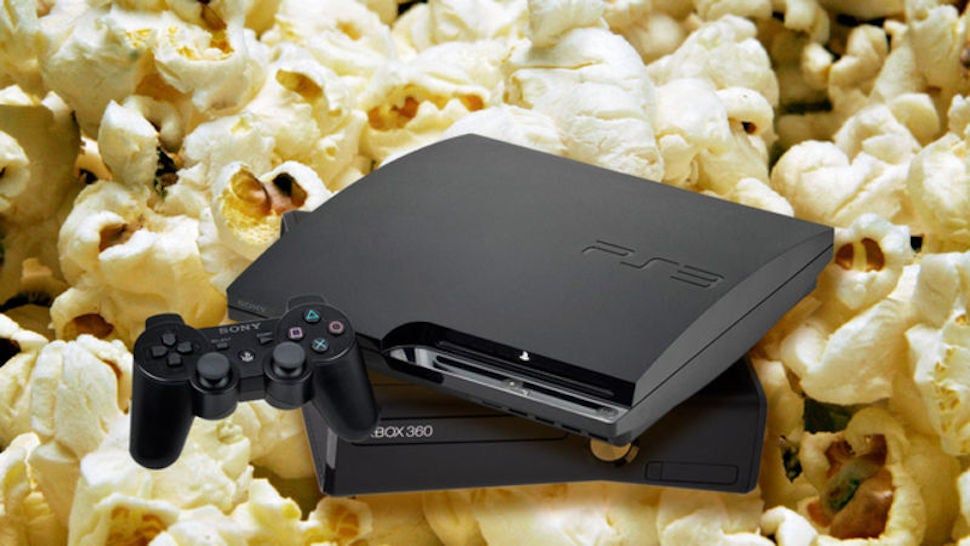 One of the best ways to give a console like a PS3, Wii, or Xbox 360 a new lease on life — especially if it’s internet-connected — is to turn it into an ultimate, do-everything set-top box. After all, there are apps for just about every streaming video and music service for the Xbox 360 and PlayStation 3 and even some that still work for the original Xbox or PlayStation 2 (although they’re much harder to come by).

They’re all capable of playing movies and music you’ve downloaded easily. Instead of spending money on a new streaming box or stick just to watch Netflix, grab your last-gen console, move it to the bedroom, or into the kids’ room and leave it at that.

If you have a much older console, all isn’t lost. If there’s on-board storage or you can attach a USB drive to it, load that up with movies or music and plug it right in. Even better if that drive is network-attached, so you can move media to it wirelessly. You might be surprised at just how perfect a PS2, for example, can be just as a music player, or how a PS3 can stream and play Blu-rays like a champ, even if you don’t use it for games anymore.

The beauty of older-but-not-too-old consoles is that the hacking and homebrew community loves them. They’re popular, easy to get a hold of for tweaking, and there are plenty of things you can do with them. From hacking your Wii for homebrew to installing custom firmware for your PS3 or homebrew on your Xbox 360, the possibilities are endless.

You may wind up with a console-turned-PC, a freshly hacked and moddable linux box, or just opened the door to a world of custom software, homebrew gaming, emulation, or easy ways to do things the default firmware won’t let you do, like add more storage or remap controller buttons.

6. Turn It Into an Arcade Cabinet 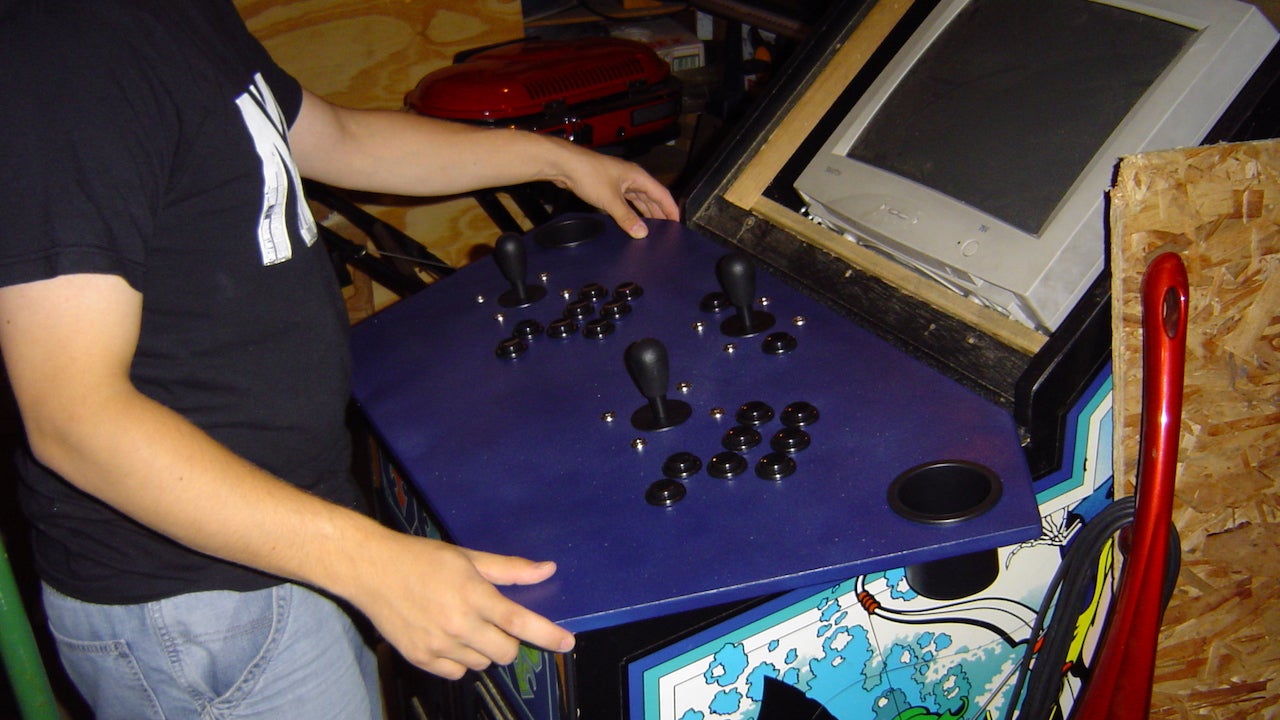 Instead of plugging that old console into a new HDTV and risking terrible image quality, consider grabbing an old CRT, a wired controller or control stick and putting your carpentry skills to the test. We’ve shown you how to do this with a PC, but it’d be even easier with a console, and the games you want to play already downloaded to its internal (or external) storage.

You could also use this MAME cabinet tutorial as a template — again, it’s designed for people who want to put a PC in for emulation purposes, but you don’t have to do that if you already have the console you’d like to power the cabinet with.

The rest of the gear — from the TV to the controls — are legit, though. If you’re really serious about it, you could just buy and hollow out an existing arcade cabinet, but, well, then you’d be gutting an arcade cabinet. If you go that route, try to get a deal on one that’s busted instead of a working one you could just play.

5. Set Up an Arcade Room with Stations for Your Old Consoles 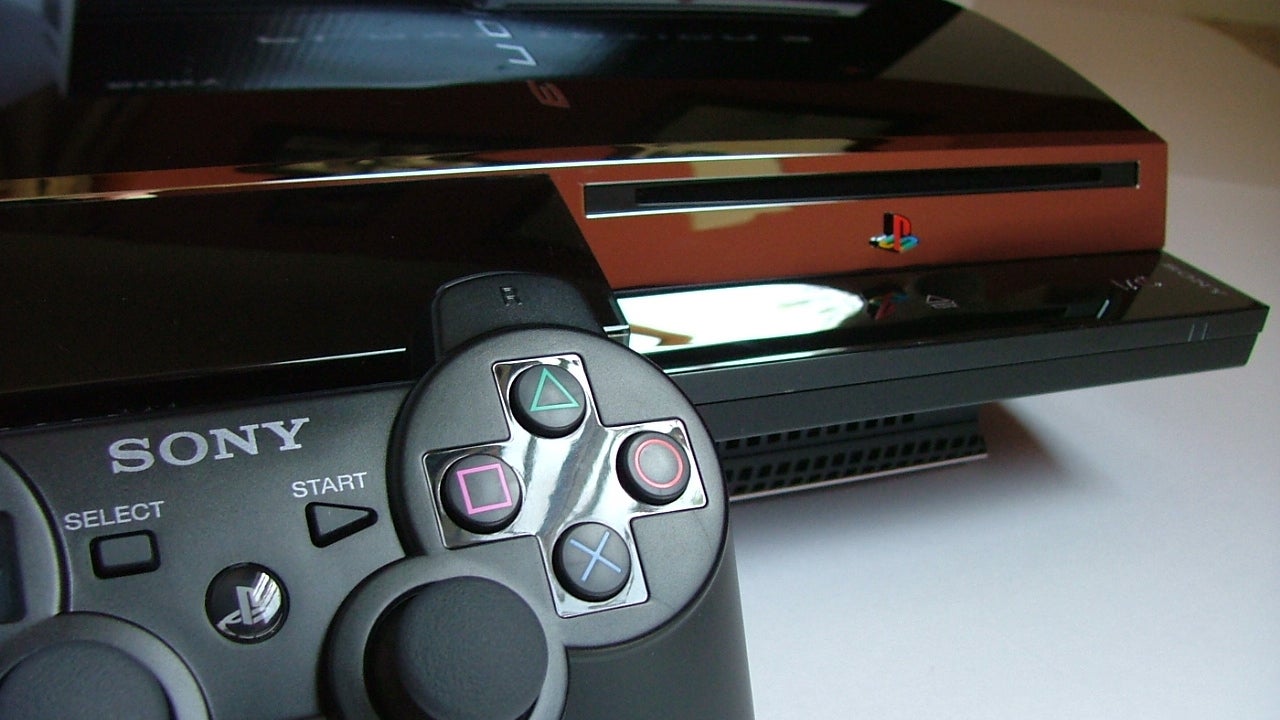 Ah, the ultimate game room — one where you have, instead of all of your gear connected to one big screen, different game stations around the room with their own mini-libraries and places to sit and relax.

Sure, you have to have the space to make it work, but you may even have the gear lying around to make it work right now. A couple of monitors, maybe a cheap CRT from an op shop and a couple of beanbag chairs, and you’re already most of the way to your home arcade. You can even put your consoles into your coffee table with a little work.

4. Use the Parts for Other Projects 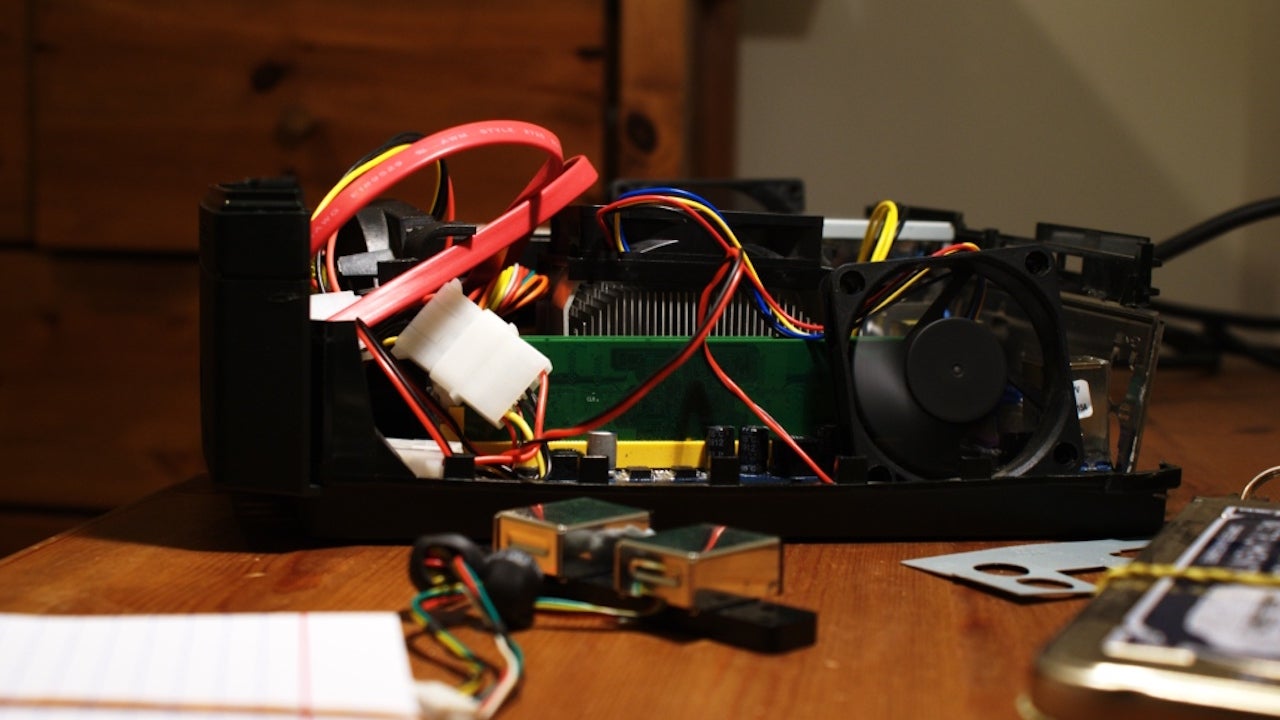 Speaking of contentious projects, you could, if your conscience would let you, gut the poor console and use its components for other projects. If it’s not too old and replaceable, you can snag the controllers and hard drives and use them with your PC, your mobile devices, or crack the controllers open and turn them into consoles themselves.

If you’d rather gut the console itself, you can stuff a Raspberry Pi in there or a Pi Zero to save even more space and turn your old one-note console into a multi-platform one, or an emulation powerhouse.

Don’t get us wrong, we shudder too when this roundup. 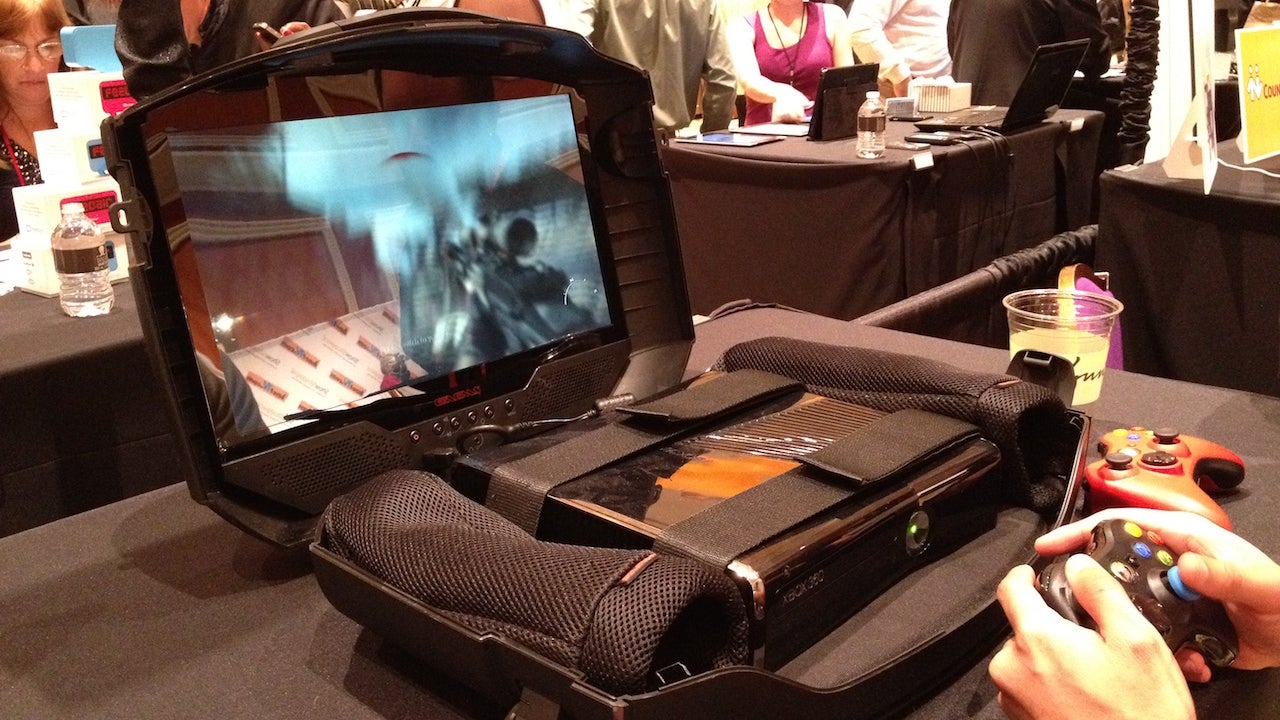 Xbox or PlayStation “laptops” are pretty common and in many cases don’t even need much modding. This Xbox 360 enclosure is a good start, as is this rugged PlayStation 3.

Of course, for most of us this is probably what we’d wind up making on our first try, but you don’t have to go all in on an enclosure or anything if you don’t want. A simple suitcase or backpack that’s just large enough for the console itself, its power supply, and a small LCD that you can connect directly to it would be enough.

You could go out and pick up a portable enclosure like this one for your console that comes with a screen and a place to dock the console itself. But a close look at something like that will have you eager to find a nicely sized bag on your own, some velcro straps and padding you can buy yourself and a portable LCD from eBay like these and assemble your own.

It’s not difficult, and a great way to pack up an old console and take it with you on vacation or to a friend’s place.

2. Get the Most Money Back If You Do Sell It

Maybe decluttering is more your style, and you’d rather give your console some sprucing up so you can sell it and make some decent scratch off of it. That’s fine too! The first thing you should do is clean up and clean out the controllers and make sure they’re in good shape to be used by someone else. Then treat the whole thing like a PC and make sure the fans and chassis are clear of gunk, dust, and grime — you know, nothing you’d want to see if you bought one.

Then, look up the best places to trade in — or buy — used consoles. Most of the places with the biggest followings also give you decent money back for your old gear and are always looking for more to stock their shelves.

Similarly, check the best places to trade in your games, too, so you can offload the collection you’ve built up for the console you’re selling. Hopefully you’ll make enough money to pay for your new obsession…or maybe just some newer games for whatever you’ve upgraded to in the meantime.

1. Give It a New Life at a Worthwhile Charity 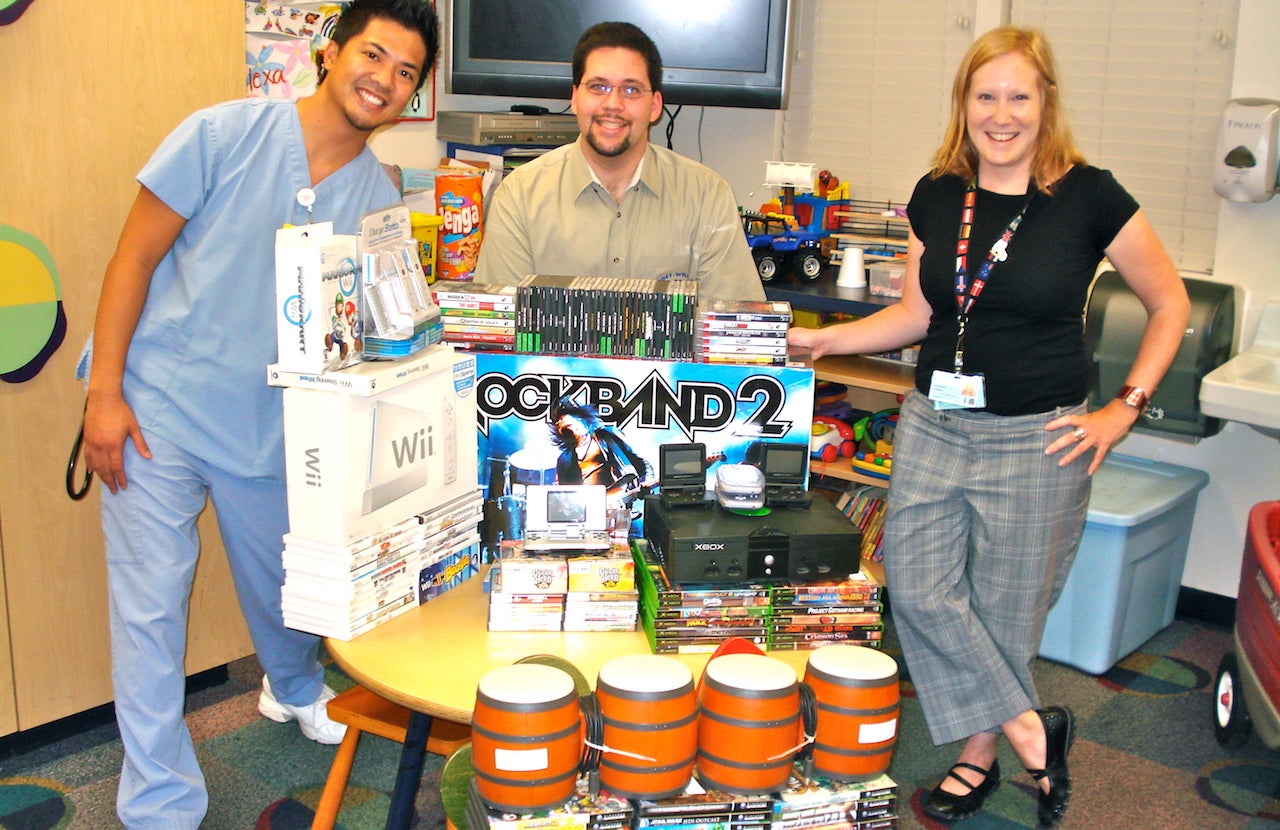 Finally, if you’re looking to really give your old console a new life, give it one that’s worthwhile and donate it to a charity that can use it and put it in the hands of someone who will love it as much as you have — or more.