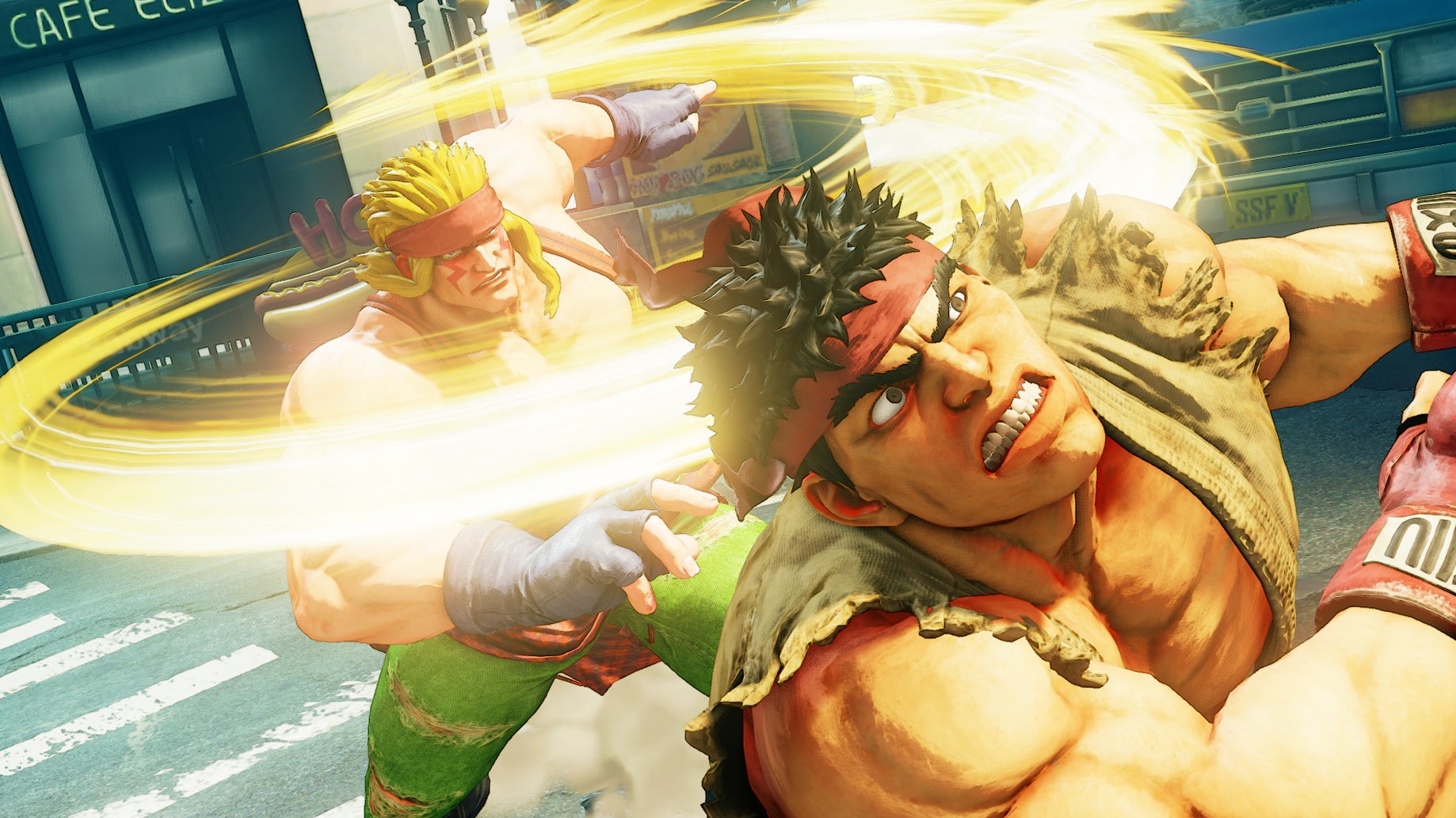 The publisher of Street Fighter V offered up new details for the first big update to their newest fighting game. Capcom mentions specifics about SFV's first DLC character and inbound game modes, but is still mum on a permanent fix for rage-quitting. A blog on Capcom Unity runs down major features of the moveset for returning SFIII character Alex, who'll be debuting as part of a March content drop. His V-Trigger skill is called Rage Shift and gets described thusly:

Alex channels his wrestling training and gains access to a brand new clothesline attack. This attack can be charged and during that time, it can parry an attack. Upon full charge, if Alex makes contact with a blocking opponent, he will break their guard, leaving them open to an immediate attack.

Street Fighter V's in-game store will also be coming with the March Update, along with increased capacity and spectating for Battle Lounges:

Demonstrations: Learn the ins and outs of Street Fighter Vthrough helpful demonstration and tutorial content. Contains content for each of the 16 characters, as well as advice geared towards players of all skill levels:

Trials: Put your skills to the ultimate test with combo trials for all 16 characters, ranging from basic to pro combos. Completing Trials will also earn you some extra Fight Money.

The update also lists general bug fixes for the overall game, balance changes and tweaks to the moves of a few specific characters as well. While Capcom has been levying severe punishments on a small number of Street Fighter V rage-quitters, the lack of a more uniform punishment remains conspicuous in its absence. An exact date for the March update hasn't been announced.