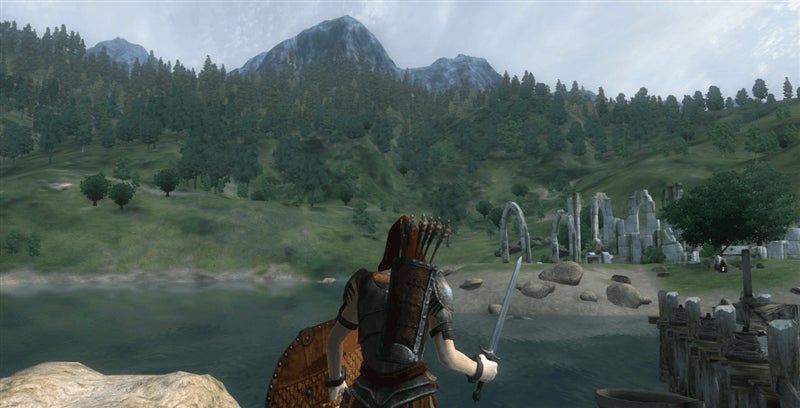 "These are the closing days of the third era, and the final hours of my life." So spoke Sir Patrick Stewart as King Uriel Septim VII in the opening moments of The Elder Scrolls IV: Oblivion, foretelling the end of his adventure and the beginning of a million others.

That powerful opening monologue, with its lush orchestral score slowly building as the camera pans around the majestic heart of The Empire, set the tone for an epic role-playing experience that was unrivalled on any platform back on March 20, 2006.

Those swirling landscape shots leading into the opening sequence of the game, Bethesda's trademark prison escape, were visuals normally relegated to prerendered cinematics. You'd see something like them in a game trailer and immediately think, "Nice, but what does the actual game look like?" 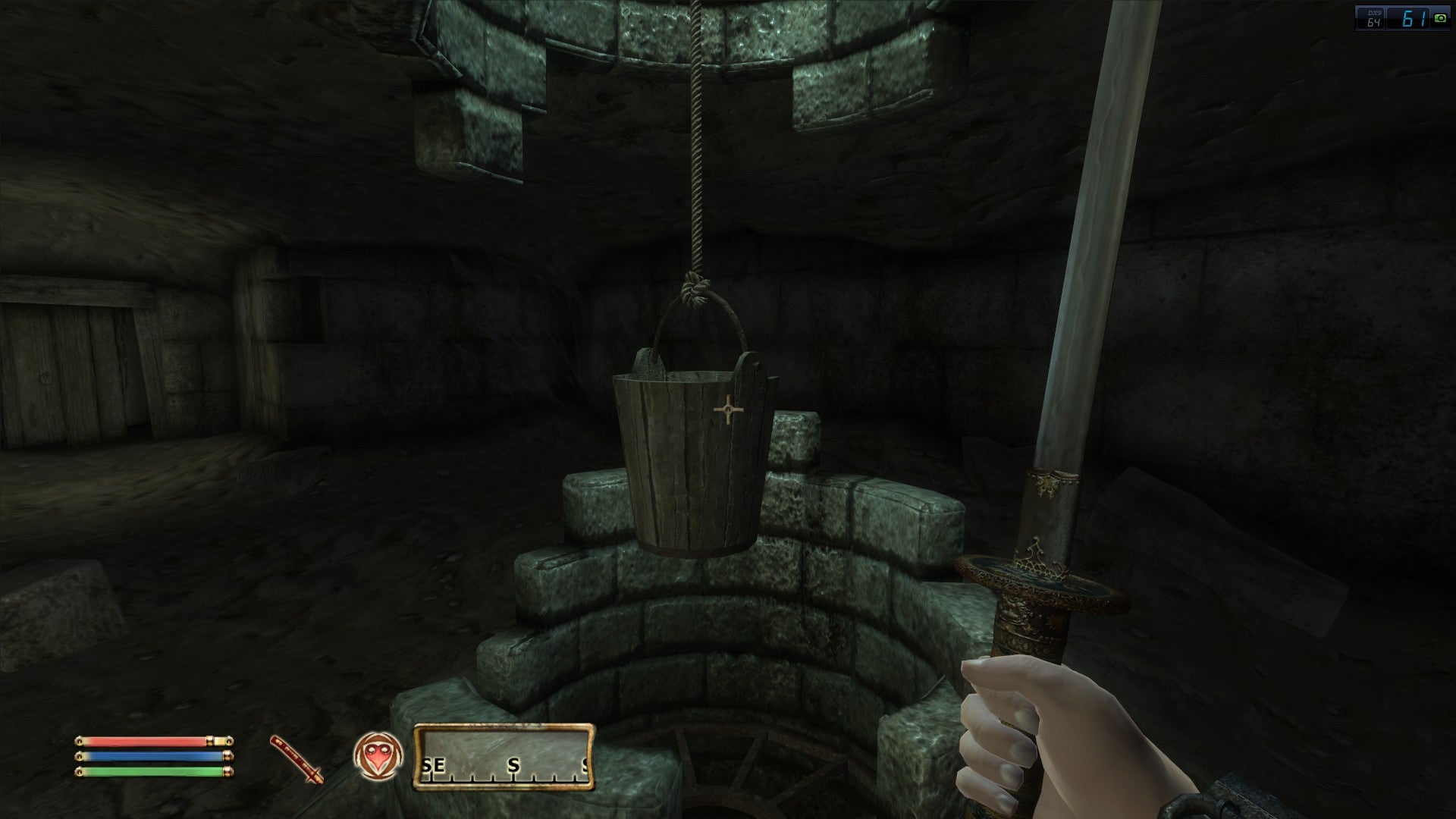 How cool was the bucket? How long did you spend just standing there and hitting it, watching it swing? Not only did the game match that opening, it only showed a small segment of a much larger, fully-explorable world. An adventurous trek through underground tunnels and sewers before stepping out into the light, a dramatic effect Bethesda's used to even greater effect in Fallout 3 two years later, made those first moments of freedom even more powerful. 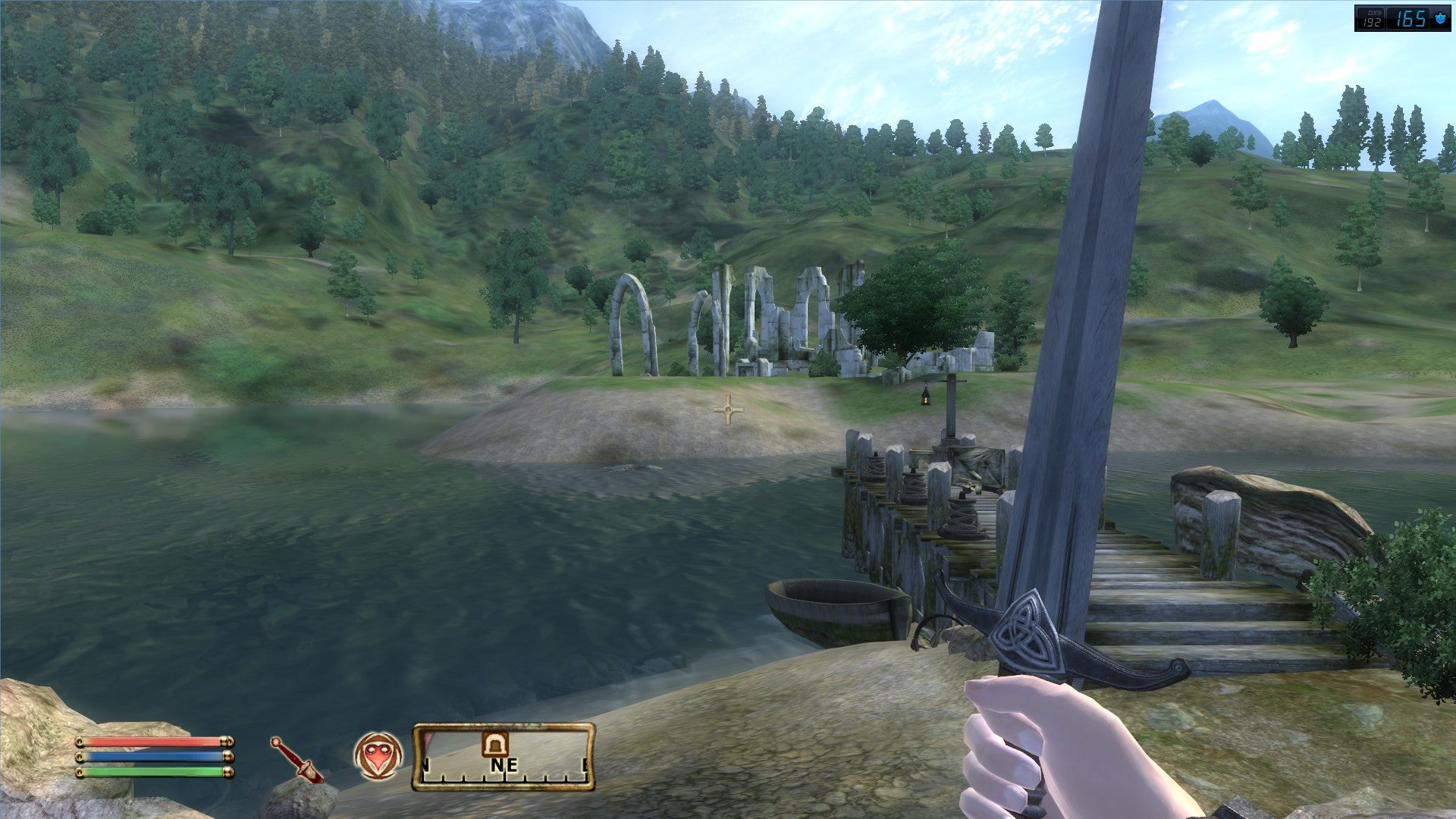 Where do you go? What do you do? Everywhere. Everything. Though I bought Oblivion for the Xbox 360 on launch day, I didn't really fall for the game until it hit the PlayStation 3 in 2007. I didn't purchase expensive horse armour, the poster pony for bad downloadable content decisions. By the time I got into the game it had already switched from a T for Teen rating from the Entertainment Software Ratings Board to an M for Mature, due to a misunderstood PC hack that made female characters in the game topless.

I came back to an Oblivion that was prettier, more polished and packed with some amazing expansions. The Shivering Isles expansion's realm of madness and its ruler, Daedric prince Sheogorath, remain some of my favourite post-release game content to this day. 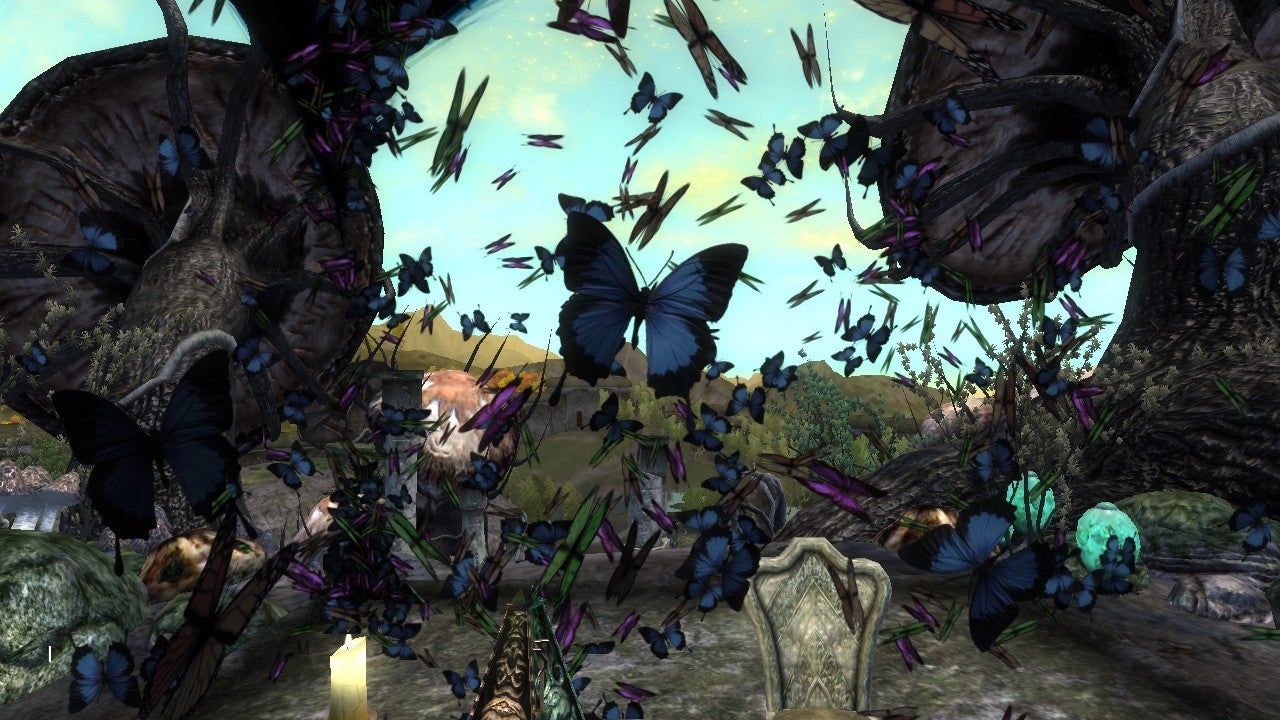 BUTTERFLIES. I feel like The Elder Scrolls IV: Oblivion gets overlooked a lot these days. The next game, Skyrim, blew it away in terms of visuals and scale, and modders of older games seem more fixated on making its predecessor, Morrorwind, look less like mud (and they're doing an excellent job.)

Maybe it was just the right game at the right time, but ten years later Oblivion remains my favourite entry in The Elder Scrolls chronicle.