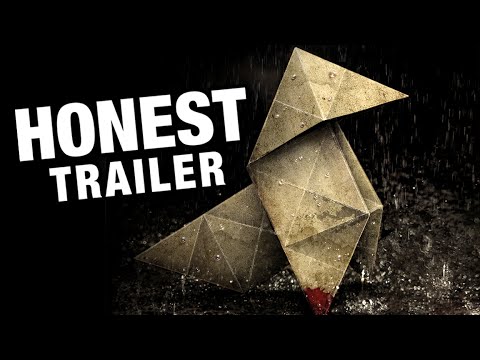 To sign up for our daily newsletter covering the latest news, features and reviews, head HERE. For a running feed of all our stories, follow us on Twitter HERE. Or you can bookmark the Kotaku Australia homepage to visit whenever you need a news fix.
Can a game be “so European, it hurts?”. Apparently so, according to the latest instalment in Smosh Games’ Honest Game Trailers. This time around Heavy Rain is the target, as a celebration of sorts for the remastered (and still very awkward) PS4 version.

It goes without saying that the clip contains spoilers, but let’s just get that disclaimer out of the way.

Even though I’ve never played Heavy Rain, I almost feel like I have after watching this HGT video. That, and the countless memes the game spawned after its release made it hard to avoid.

It’s easy to look back now and think “Wow, it’s so dated!”, but I remember when it was announced and being impressed. Oh well, as the clip itself says, the long-running archaeological expedition to farm all the Uncanny Valley’s fossils continues unabated.