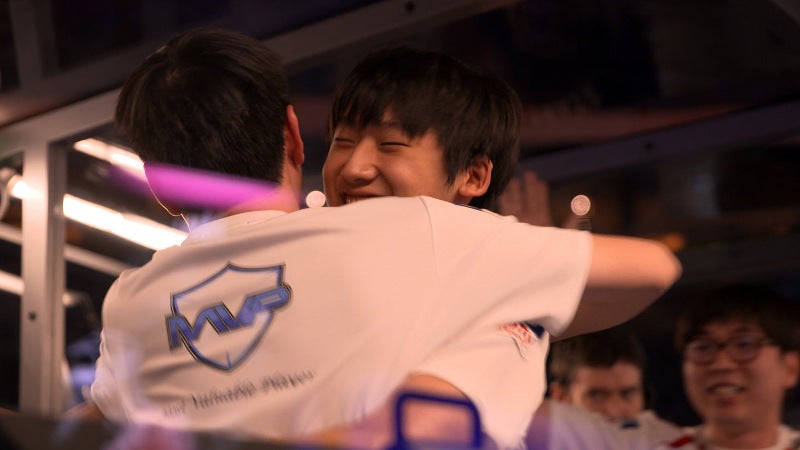 It's hard to believe that it was only last summer that we all enjoyed the heart-warming success of MVP Phoenix, the underdog Korean Dota 2 team, at The International. While Korea is a stronghold for elite League of Legends and StarCraft players, Dota 2 had never really caught-on among the top organisations and MVP's efforts had always seemed a little quixotic. It was fun to cheer for them as a prelude to EG's championship victory. StarCraft fans tried to warn people about what it meant, but did the world listen? Of course not.

They looked much stronger at the Shanghai Major earlier this month, but even then you could have argued that they'd largely upset Chinese teams who universally under-performed at the tournament. But today, after notching wins against Frankfurt Major champions OG and a solid Complexity team, MVP just took a hammer to Evil Geniuses, one of the best teams in the world.

They were so unstoppable that eventually they started diving EG all the way back to their own fountain just to finish wiping-out EG.

While this victory was "only" worth about US$100,000 ($131,487), which is a fairly small grand prize next to what's at stake at Majors, that doesn't take away from MVP's achievement. They played in a tournament with the best in the world, and they crushed all the opposition. And if MVP is doing all this now, how long before likes of CJ Entus or, heaven help us, SK Telecom show up?

Top photo: MVP Phoenix celebrate together at The International in 2015, by Valve Software. Source