Nintendo Just Made A Maddening Change To Mario Maker's P-Switch 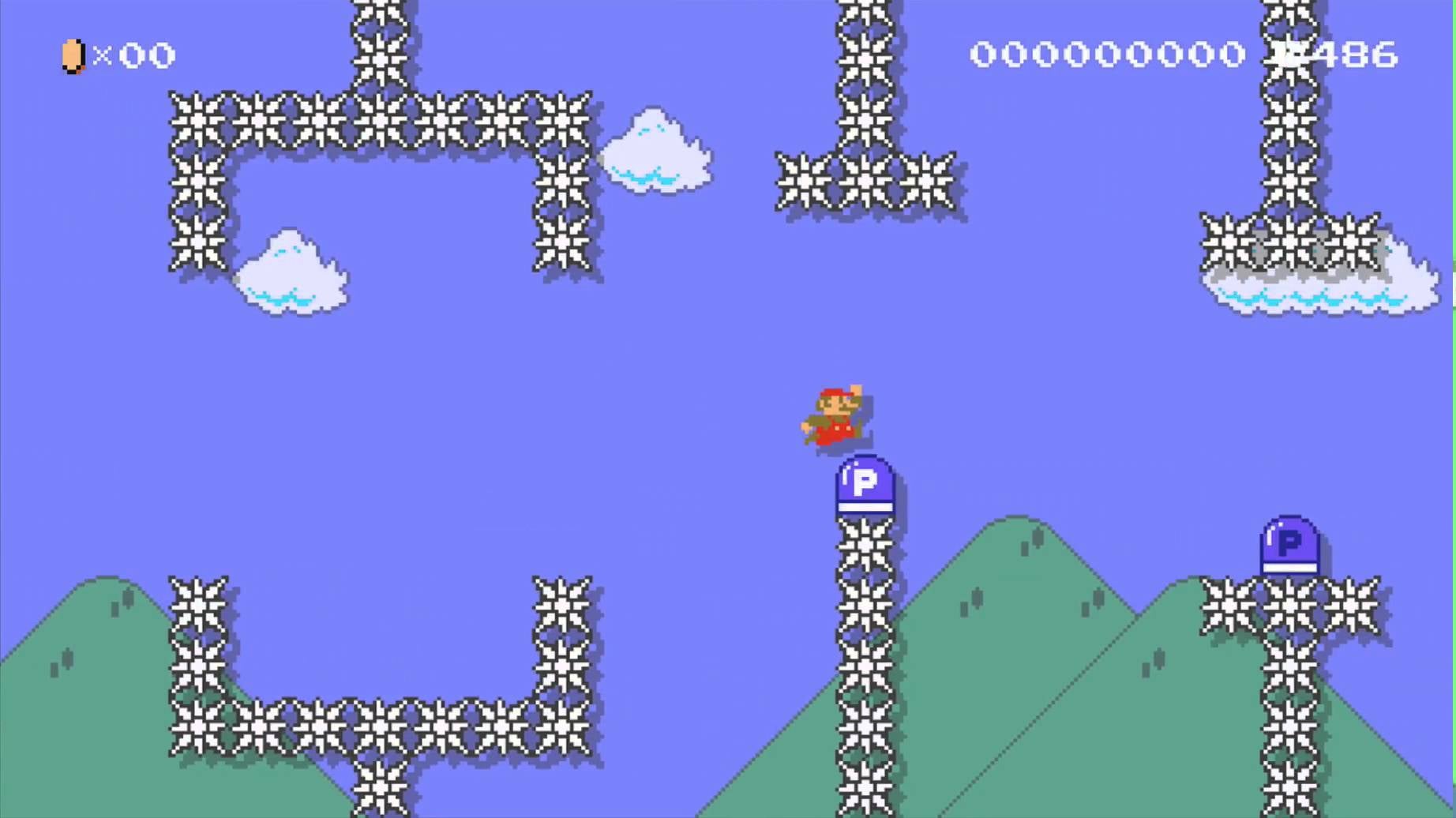 When Nintendo updated Super Mario Maker last week, it secretly tweaked the way P-Switches work in the game. It's causing headaches for creators. Traditionally, the P-Switch is used to swap solid blocks into coins and vice versa. But more complicated stages have found uses familiar to anyone who's ventured into kaizo-style levels or the expert and super expert stages in Mario Maker. There, the P-Switch becomes a platform.

It's tricky, but not that hard to pull off. P-Switches can also be used as temporary platforms to hop into doors hovering above the ground, but in this case, Nintendo didn't touch that — it modified the P-Switch's hitbox.

In a video game, what you see — that is, the character model — is different than the hitbox. This might be a little easier to understand with a fighting game:

Image Credit: Event Hubs In this case, Ryu's sprite is different than his hitbox. The blue areas are where the player can strike Ryu, while the other spots won't do anything. Different frames of Ryu's animation change where the hitbox ends up, informing experienced players where and when to attack Ryu's sprite.

(It's worth reading the entire Event Hubs article, by the way.)

Nintendo appears to have done something similar with the P-Switch, which Keiichi1996 demonstrates in a YouTube video showing the changes:

It's now much harder to jump off a P-Switch, making an already advanced tactic (and level design technique) even more difficult to pull off.

It's one thing if Nintendo wanted to tweak how the P-Switch worked in Mario Maker; that's the company's right. Maybe it doesn't see the P-Switch jump as anything but an abusive trick. But as with the ongoing mysterious about why levels are deleted from the online servers, Nintendo never communicated this change in a patch. For all we know, it's really a glitch.

For players, it means you can never know how to approach a P-Switch jump in Mario Maker. The game doesn't communicate which technique you should apply. As with disappearing levels, that's shitty.

In many ways, Mario Maker is brilliant. In others, it shows just how far Nintendo has to go before it understands how to manage online games.