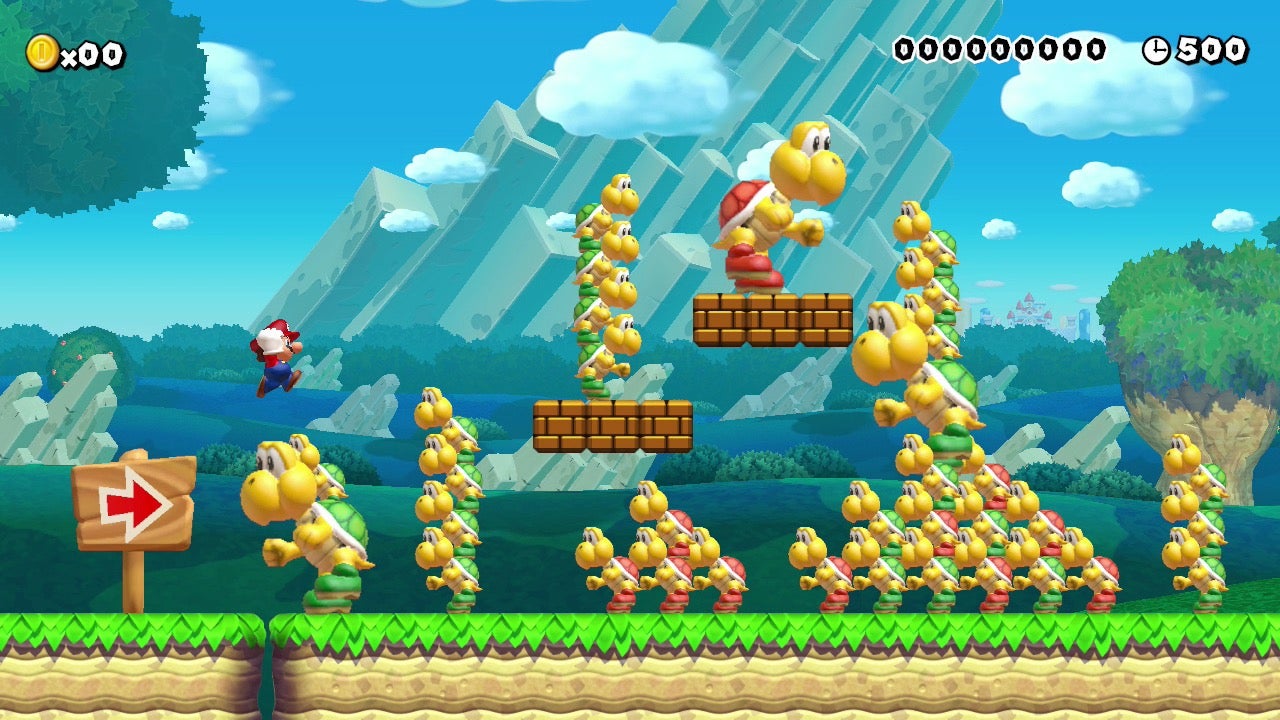 Nintendo is still deleting levels from Super Mario Maker's online community for mysterious reasons. The latest victim? Mario's youngest fans, apparently. BakeToRise, a Mario Maker creator and father of a designer-in-training daughter, posted a distressing story on reddit late last night. His daughter spent three hours putting together a level called Maria Cake Yoshi. After receiving a notification that another player had beaten and recommended the level by awarding it a star, they went to check it out. But out of nowhere, the stage was suddenly gone, reportedly removed after less than an hour.

"I know this has been post about before," he wrote, "but I am so angry."

I've been unable to talk with BakeToRise personally about the incident, but this lines up with previous actions by Nintendo in regards to Mario Maker.

I last reported on Nintendo's "policies" in January, after a Kotaku reader pointed out how Mario Maker levels were disappearing from the service without any explanation. I say "policy" because it's always been painfully unclear why Nintendo decides to take some stages down but not others.

Here's all Nintendo will say publicly:

Please be aware that after a fixed period of time, courses with low popularity will be automatically deleted from the server.

Nintendo reserves the right to use uploaded courses and related data, either as-is or with alterations, for either commercial or noncommercial purposes without compensation to the uploader.

When a level is taken down from the servers, you can still play it locally, but that's hardly the point of Mario Maker — it's a game about sharing. You can't even modify a stage and re-upload it! The only way to have the same creation re-appear on the servers is to literally re-create it from scratch.

It'd be one thing if Nintendo was informing people about why their stages are coming down, giving them a chance to change the infringing material or learn a lesson for the future, but that's not the case. Levels just... vanish.

Over time, Mario Maker fans have picked up on a series of secretive rules that Nintendo deploys, such as begging for stars. This particular one was eventually codified in a patch for the game:

Users will no longer be able to use the words "Like", "Yeah!", and the "★" symbol in their course names.

It's possible Nintendo wasn't OK with the misspelling of Mario's name. Is that one of Nintendo's secret rules? There's no way to know; the company won't talk. Again, Nintendo has not responded to my request for comment.

A simple Google search brings up plenty of similar complaints, including one particularly confusing incident where GameFAQs user MarioMan847 had two of his levels removed from the servers without an explanation.

"This is the first time this has happened to me," they wrote. "I mean, I knew it was possible for unpopular levels to get deleted like this.... but man, it just really sucks because it doesn't even let you re-upload the levels at all. I would have to completely re-build it from scratch. It's just surprising because the levels were only up for a month which doesn't seem that long."

MarioMan847 apparently got on the phone with Nintendo customer support, but they didn't sound helpful. According to MarioMan847, the representative couldn't find anything wrong with the stages they'd built.

"He looked it over and said that my account doesn't have any activities in violation and is clean," they said. "I told him the course ID and the name of the level (Cannonball Blitz 2) and he said that the name and the level screenshot are completely fine, and even encouraged me to remake the level and upload it again if I wished. So yeah, I got nothing. Probably the only ones that really know are the ones that came up with the algorithms at Nintendo of Japan."

Let's be clear: the official recommendation from Nintendo was to build the stage all over again. That's ridiculous.

This isn't fair to Mario Maker creators, the lifeblood of the game. If Nintendo wants people to support Mario Maker longterm, this needs to get fixed.