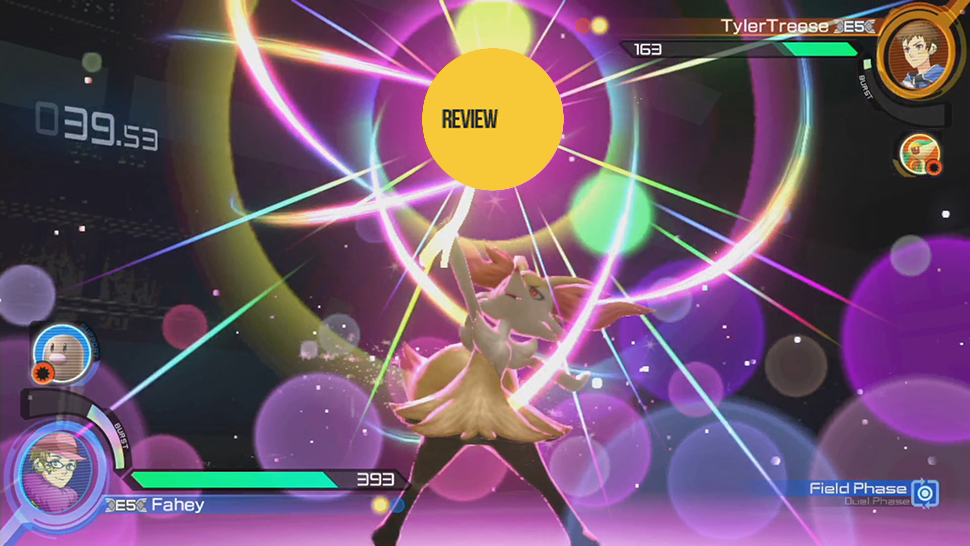 If you've ever wished your Pokemon battles could be more exciting than a pair of Pokemon taking turns making battle animations at each other, Pokken Tournament is your game. Basic Pokemon battles haven't evolved much over the past two decades. The combatants have gotten prettier, the attack animations more elaborate, but the core mechanics have remained. Console offshoots like Pokemon Battle Revolution for the Wii or Pokemon XD: Gale of Darkness have given us pocket monsters rendered in luscious 3D, but the creatures still stood at a distance animating in their enemies' general direction.

For ages we've been watching dynamic Pokemon battles unfold across many iterations of the animated series, yet the closest we've come to recreating that excitement in video game form has been Super Smash Bros.

I've been dreaming of the day I could take direct control of a Pokemon in battle. With Pokken Tournament that dream has been partially realised.

I say partially because no game developer, even Bandai Namco's Tekken team, could practically create the Pokemon fighter that's been brewing in my head for years. Creating unique fighting moves for the hundreds of Pokemon in existence? Not going to happen. Giving both players teams of six Pokemon and allowing them to tag in and out at any given time in order to replicate the RPG experience? Somewhere a game developer is getting the sweats just thinking about it. 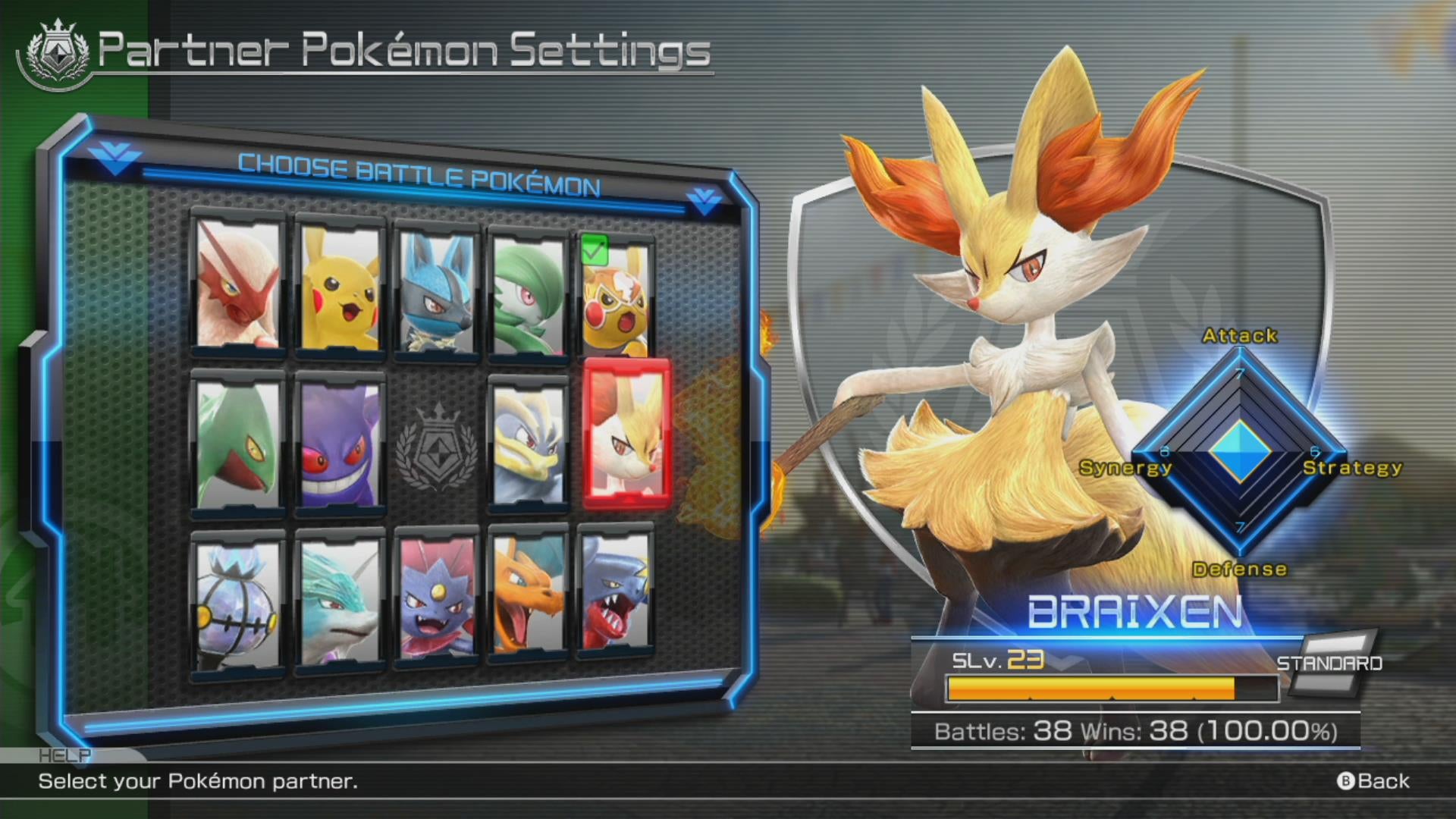 Pokken Tournament realises Pokemon fisticuffs in a more practical fashion. Players select one of 14 (initially) battle Pokemon and one of several predetermined pairs of support Pokemon and go to town. Close enough. Maybe keep the several hundred fighters thing in mind for the sequel.

For now it's quality over quantity, and the quality of combatants in Pokken Tournament is generally superb. I'd love to see the decision making process that went into including a Pokemon like Chandelure, the chandelier Pokemon, over more popular characters from the series' 20 year history. Either way it works. Chandelure is one badarse chandelier.

After going through the extensive tutorial the only character I had trouble with just picking up and playing was Suicune, the suicide elk Pokemon. Something about the four legs. Yeah, I can play a chandelier but give me an extra set of walky bits and I'm stumbling all over the place. 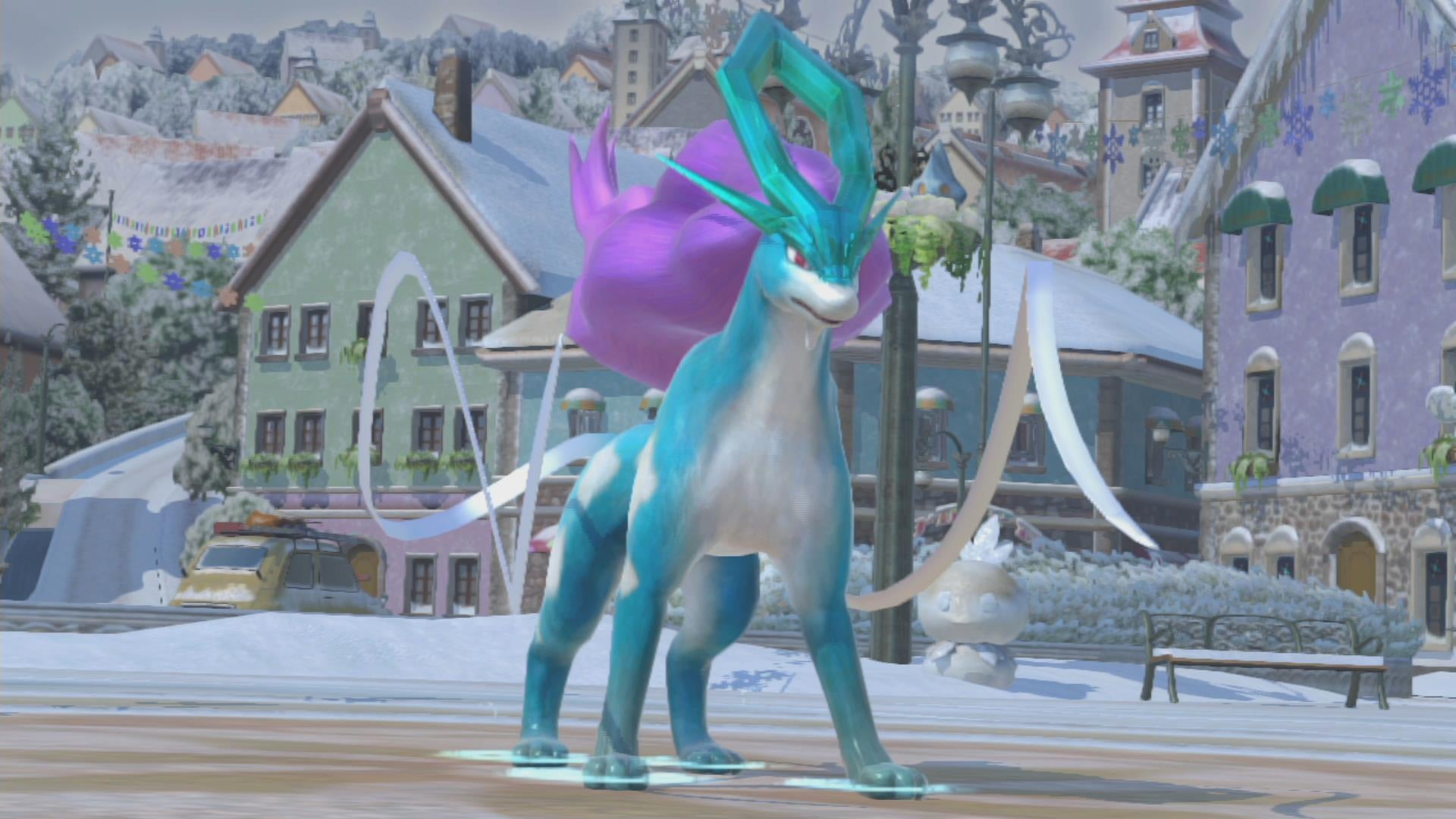 Probably not actually a suicide elk.

Still, nothing a couple of rounds in the game's Action and Combo Dojos couldn't fix. My favourite sort of fighting game training, these two modes display move and combo controls on top of the screen, advancing to the next when the player correctly pulls it off. It's also an excellent way to see all of the characters' elaborate Burst Attack super moves in action (though you could also just watch NintendU's video below).

Pokken Tournament is all about being accessible to players new to the fighting game genre. The extensive training, the intuitive controls that should give button mashers no problems pulling off cool-looking attacks. Those flashy Burst Attacks are pulled off by pressing both shoulder buttons while in Burst Mode, attained by filling up the Burst Meter on the lower left corner of the screen and entering Burst Mode by pressing both shoulder buttons. Easy-peasy. 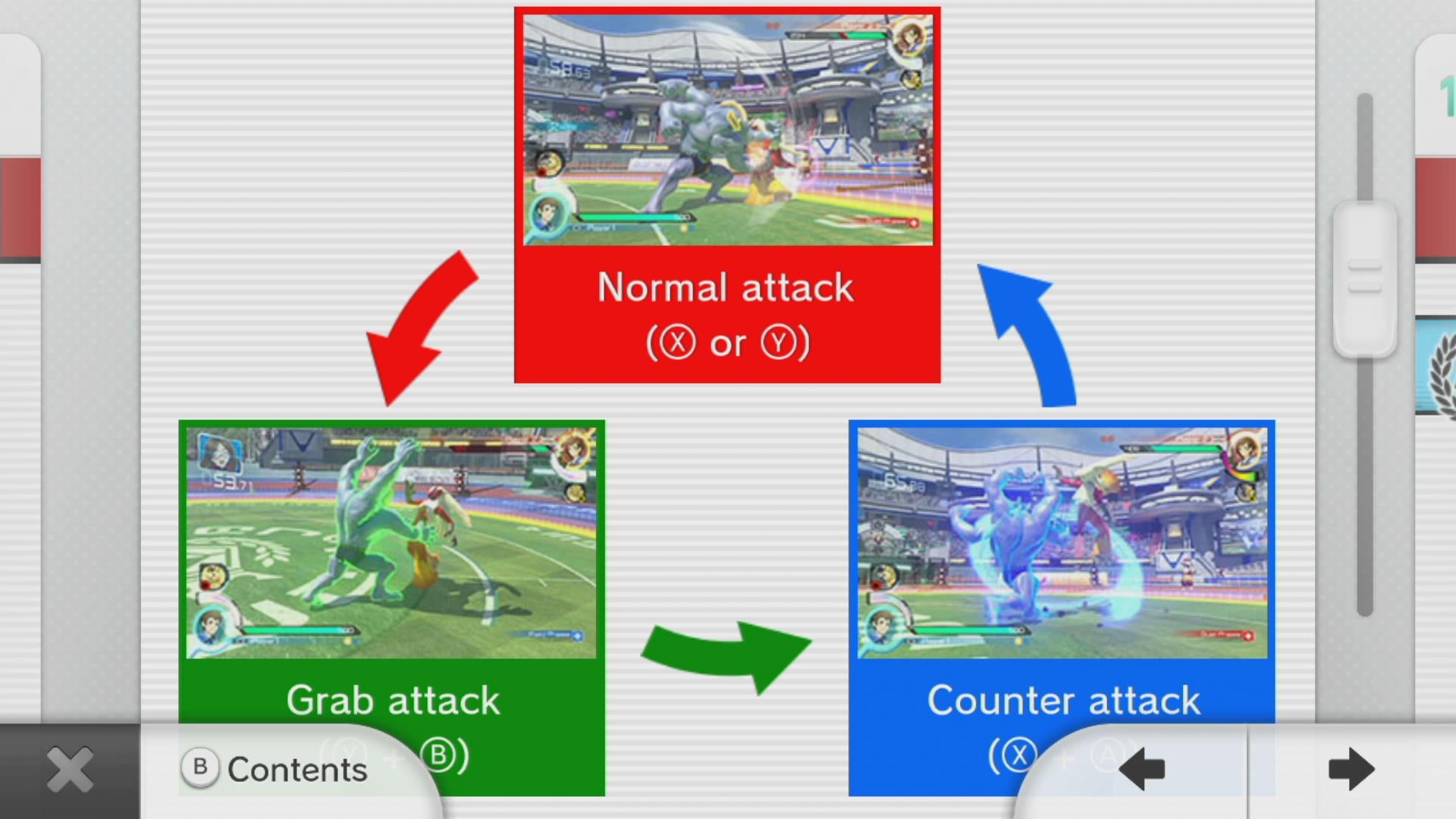 Thanks for being a jerk, digital manual interface.

Pokken Tournament takes that basic foundation and builds on it with a variety of unique mechanics, such as Phase Shifting. Is it a free-roaming 3D fighter, or 3D fighters battling on a 2D plane? Why not both? Certain attacks or combinations of attacks hit so hard they knock players' perspective sideways.

During battles the action will shift between two different Phases: Field Phase and Duel Phase. Field Phase gives players free reign to wander the game's colourful arenas, lobbing projectiles or closing the distance between themselves and their prey to get up close and personal. Duel Phase shifts to a Street Fighter-esque 2D perspective. Each Phase features unique moves promoting different strategies. As an added bonus, initiating a Phase Shift restores damage that hasn't ticked off the player's life gauge yet, making perspective shifting a key survival tactic.

There's a lot of depth here for fighting game fans hungry for more delicious Pokemon meat. Finding the right combination of support characters to offset your weaknesses, assigning skill points to each Pokemon as they level up through battle, deciding which special cheer skills your adviser applies between rounds — these are all aspects of the battle system that more technical players can use to tune fights in their favour. 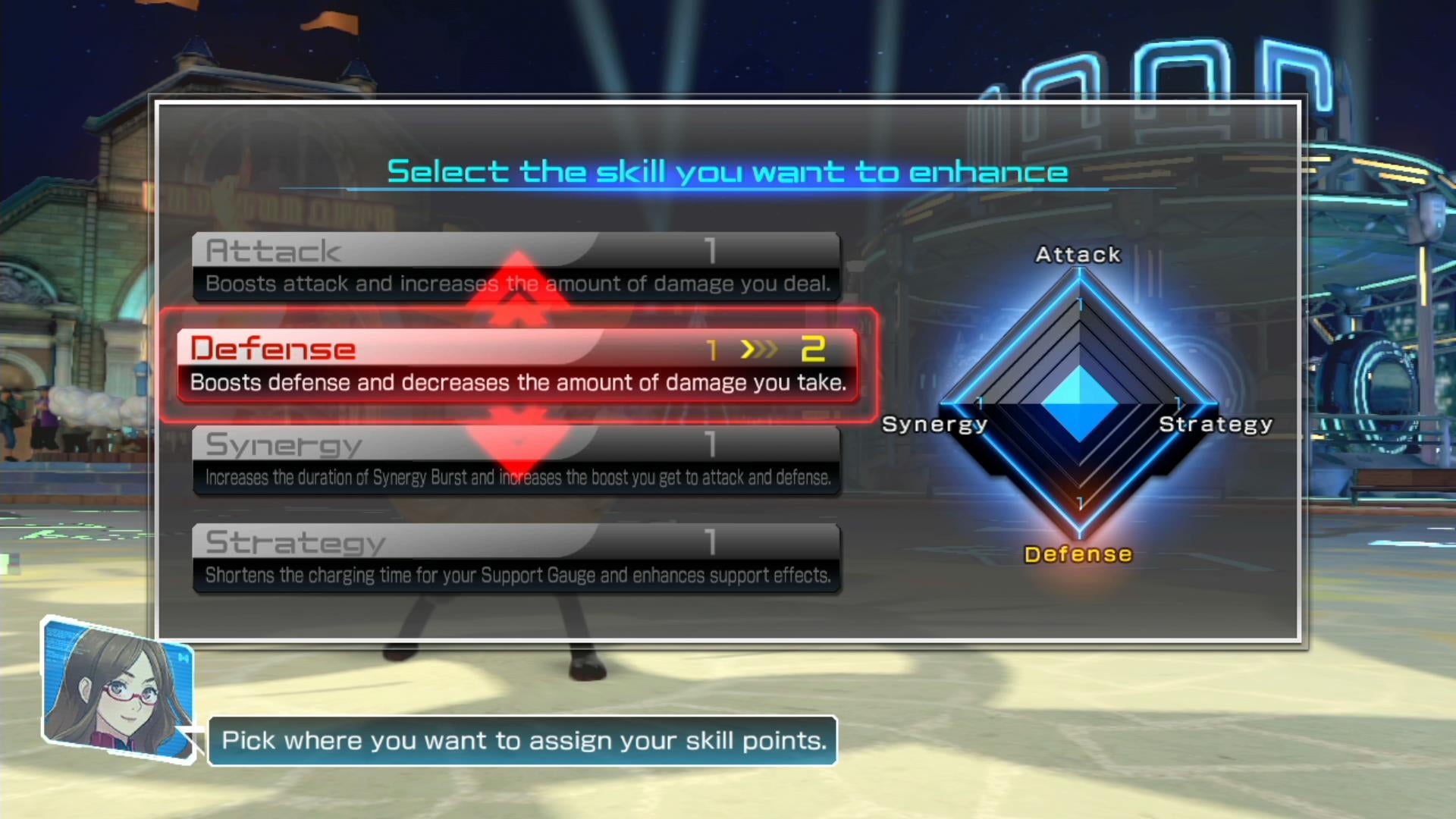 When all else fails, just get more points. This is pretty pathetic.

Meanwhile, the casual players can try on different hats and jackets. 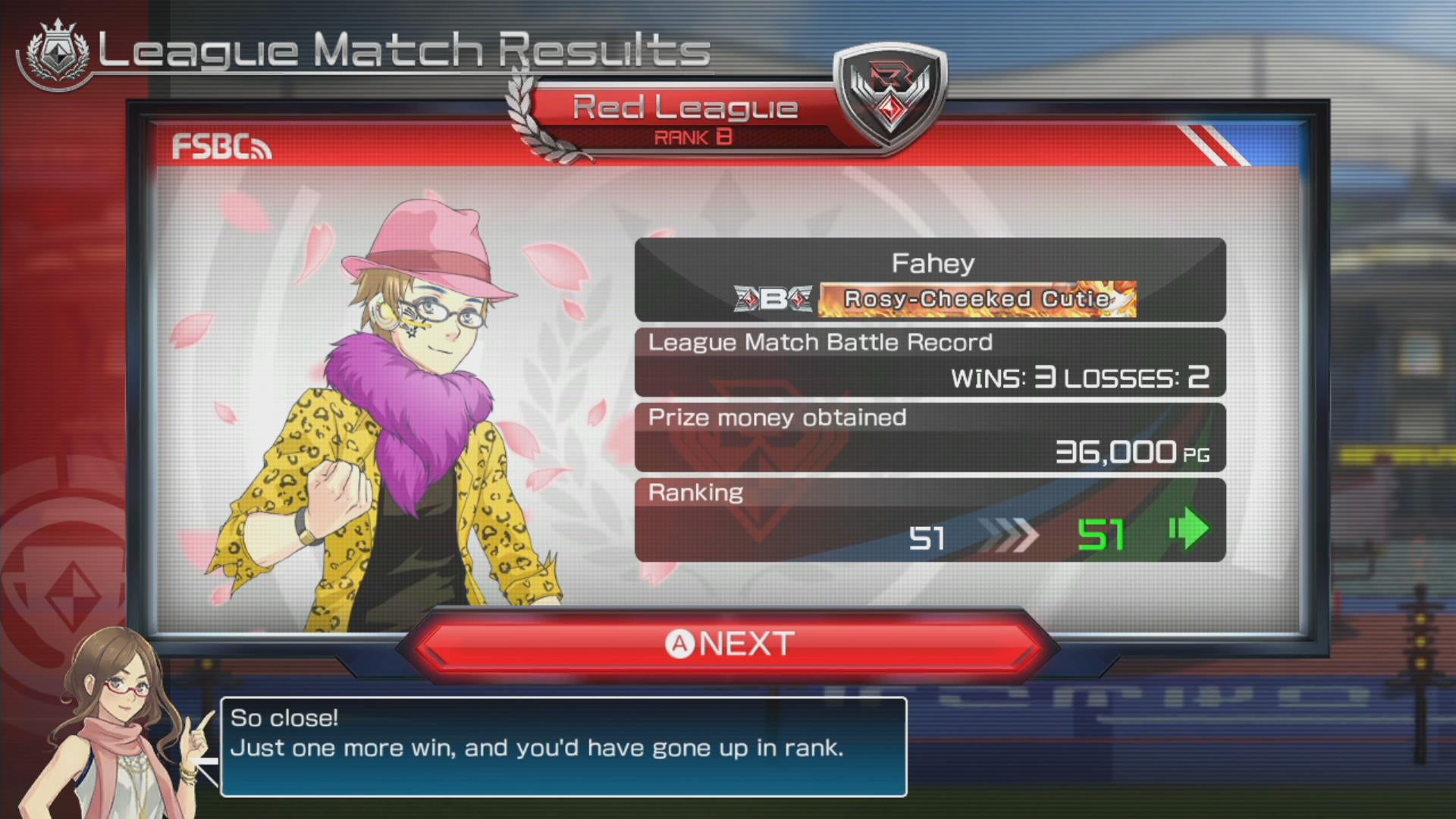 I am so pretty, even when I lose.

If you're a more relaxed sort of fighting game fan who'd rather just sit offline battling the AI and unlocking things, Pokken Tournament has plenty to offer. There's a story/tournament mode which involves the player advancing through the ranks of various Pokken Tournament leagues. League battles lead to ranking up, ranking up leads to official league tournaments, league tournaments lead to a chance to advance to the next league. I didn't feel challenged until I got deeper into the third (Red) league. Then I felt really challenged. I'm going to need to git gud.

A story of sorts unfolds slowly through the Ferrum League mode, and without giving too much away it involves a character everyone already knows about that doesn't appear in the initial roster for the game.

There are a ton of cosmetic items to collect and titles to unlock. These can be awarded as special prizes following battles, purchased with prize money or unlocked in what might be the laziest Amiibo implementation ever — five completely random unlocks per day regardless of which toy you tap.

When you're done collecting hats and fooling about in the vs. AI Single Battle mode it's time to take things online. Witness my first online match below.

The handful of ranked online battles I've played against strangers worked well enough, with no noticeable lag. Despite the game not technically being released yet I had no trouble finding folks to fight in Ranked Mode. Just keep in mind the game isn't released yet, and there's still plenty of room for everything to go wrong.

Local multiplayer is included as well, but at a price. Since the game uses such a unique blend of perspectives, one player plays on the Wii U Game Pad, the other on the TV with an additional controller. It's playable, but the framerate is halved.

I suppose it's more cinematic that way or something.

Pokken Tournament might not quite be the Pokemon fighting game I've been dreaming of for years, but to be fair my dreams are ridiculously lofty. Despite its limited-by-reality scope, it's the closest we've come to capturing the excitement of animated Pokemon battles in video game form.