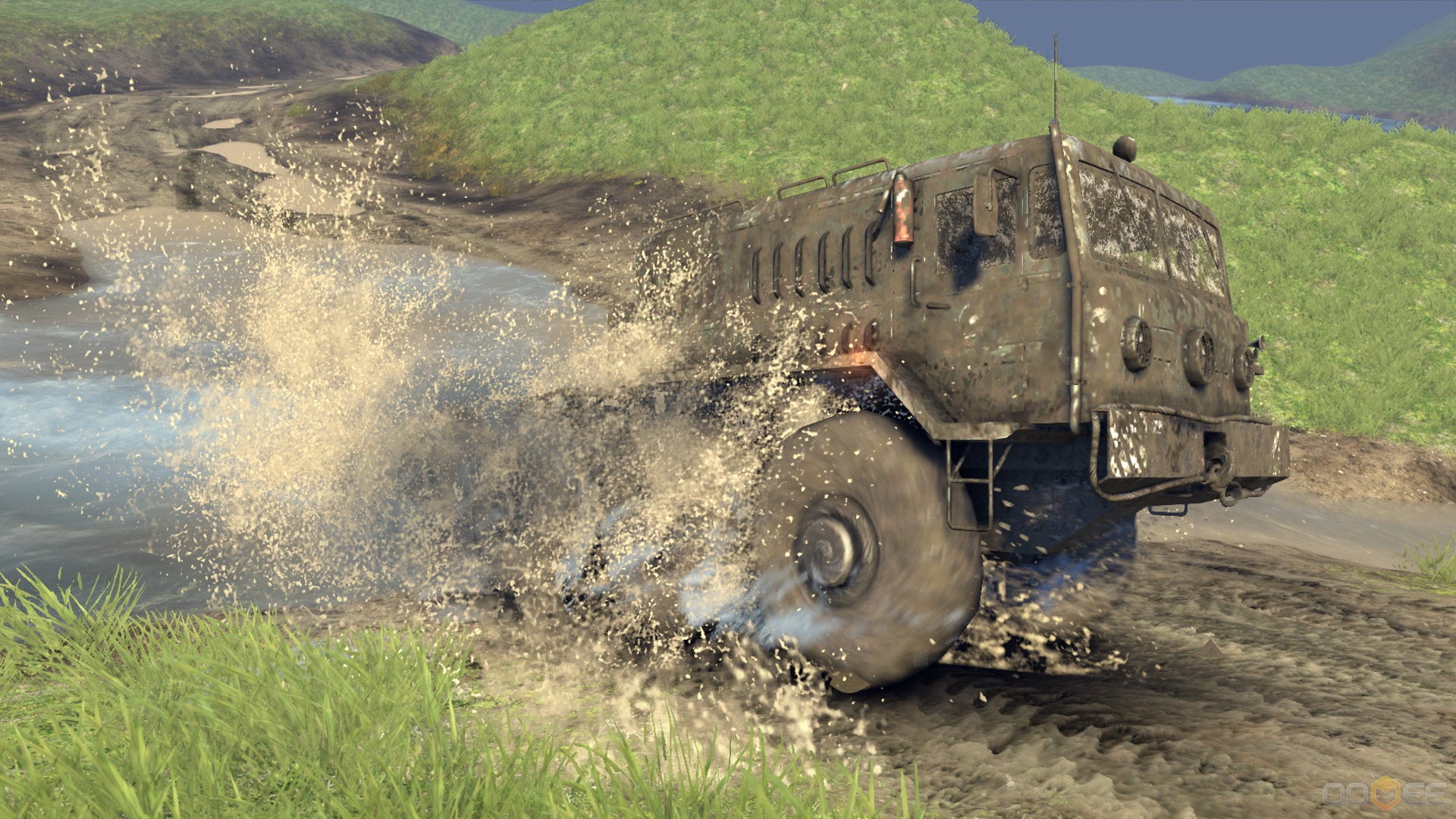 Spintires is a popular Steam driving game. Recently, it stopped working under mysterious circumstances. People came to believe the game's own programmer, Pavel Zagrebelnyy, sabotaged it because he wasn't getting paid. That's not true.

Yesterday, reports emerged that Spintires had more or less become unplayable. Upon digging through its code, players reportedly found tens of so-called "timebombs," or code segments designed to make the game crash after a certain time. Yes, somebody apparently coded the game to metaphorically drive into a ditch and explode on purpose. Or so some players claimed.

They began pointing to an interview Zagrebelnyy did with Eurogamer a week ago as motive. In the interview, he said things like:

"[Oovee] owe me a shitload of money according to our contract. But I don't have any leverage because my judicial skills are zero. I haven't had a meaningful communication with Oovee for many months (maybe a year)."

The Internet's infernal speculation engine roared to life. Had Zagrebelnyy sabotaged his own game to get his publisher's attention?

To make matters worse, this isn't the first time there's been bad blood between Zagrebelnyy and Oovee. At the end of 2014, it seemed like the game was on the verge of stalling out due to disputes over money and access. Ultimately, though, Oovee reconciled with Zagrebelnyy and an increasingly incensed player community, and the game picked up some new features (like mod support) in 2015.

The period of peace, harmony, and giggling trucks frolicking in idyllic mud fields clearly didn't last, as evidenced by the recent Eurogamer interview. Thus, despite (or, in part, because of) a total lack of communication from Zagrebelnyy and Oovee, a juicy narrative was born: Zagrebelnyy purposefully coded "timebombs" into Spintires to get back at his cruel publishing overlords. He decided to sabotage his own game to get his hard-earned money, players be damned. If Oovee wouldn't pay attention to his words, he'd have to start a fire. 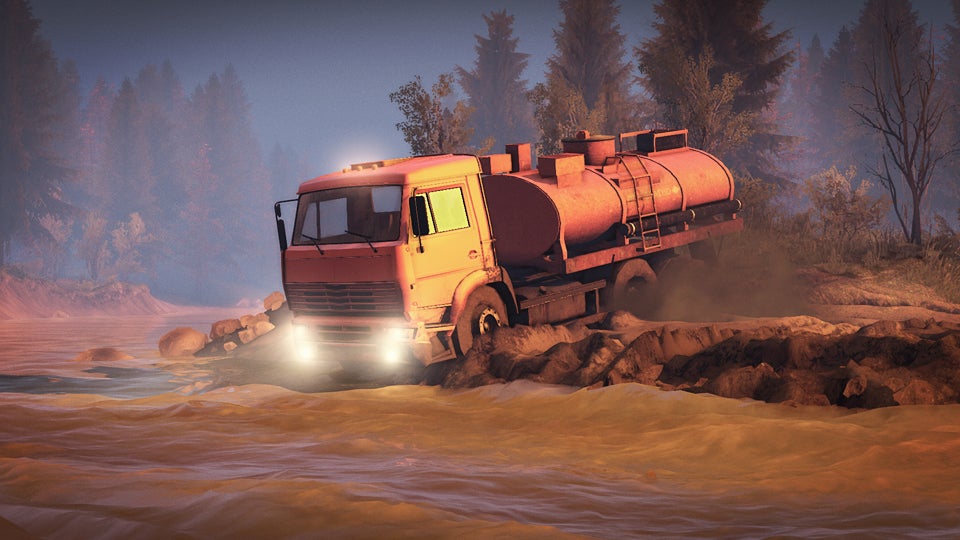 Multiple players, forums, subreddits, and publications ran with it. It became accepted wisdom literally overnight. After all, what other explanation could there be? It all fit together so nicely. Plus, with such sparse communication from Zagrebelnyy and Oovee, what were people supposed to think?

In the meantime, players created fixes for the crashing issue, and Spintires was ultimately yanked from sale on Steam due to the lack of an official fix. This is where I would make a clustertruck joke, but that's already the name of a different video game. Still, you get the idea.

In recent hours, however, elements of that narrative have seriously unravelled. For one, Oovee has actually know about these crash issues for at least a week, as evidenced by a forum post they made on the subject on February 25th. The short version? "We are aware that [the crashing issue] is date related, but at this time, it seems that there will be a lot of code that will need to be looked at in order for the root of the issue to be found."

The nail in the "sabotage" theory's coffin came in the form of statements released by Oovee and Zagrebelnyy today. Oovee's Tony Fellas explained in a forum post:

"The situation on the bug is that we became aware of a major bug last week that caused the game to stop for some users. We have been working on this with Pavel since it came up. Progress on the next planned update has been suspended while we sort the bug issue."

"We believe we have now identified the problem and are now testing at this very moment a hot fix provided by Pavel, who is also ready to help further if needed. We're fully focused now on making the game work properly again, so please allow us to get this sorted first and we'll then be able to explain what has caused this and then carry on with future updates we have planned."

Speaking with Gamasutra, Zagrebelnyy targeted the precise point where the process broke down. Unsurprisingly, he claimed poor communication was the culprit:

"There is in fact a time-related bug (a self-check uses time functions to see if game wasn't cracked by pirates) which was not fixed in time (because we have little to no communicating with Oovee). The bug was fixed a day ago and should be uploaded to Steam - I don't know what actually prevents Oovee from going with it now."

He added, however, that people were not entirely wrong. He's still pretty pissed about the whole pay issue:

"It's true, they violated our contract from day 1 basically and still owe me lots of money. What makes it worse is that they dont ever comment on that if I ask if they plan to resolve the issue anyhow. I was compensated but not in full. But I would never do something that would affect the gamers! In fact I do my best to make sure the game only brings joy to whoever plays it."

So, to recap: Spintires started crashing, people jumped to conclusions involving subterfuge and sabotage, the game got yanked from Steam (probably a good thing, for now), and then both the programmer and publisher came out and debunked the whole thing. Zagrebelnyy says he did not put his own game — and players' enjoyment of it — in radioactive quicksand, and Oovee says a fix is in testing right now. Relations continue to be tense, but for the moment, not wholly prohibitive to Gettin' Shit Done.

As of writing, Spintires had yet to be put back up for sale on the Steam store. I doubt that will happen until people can say for sure that the update pulls the game out of the scrap heap. 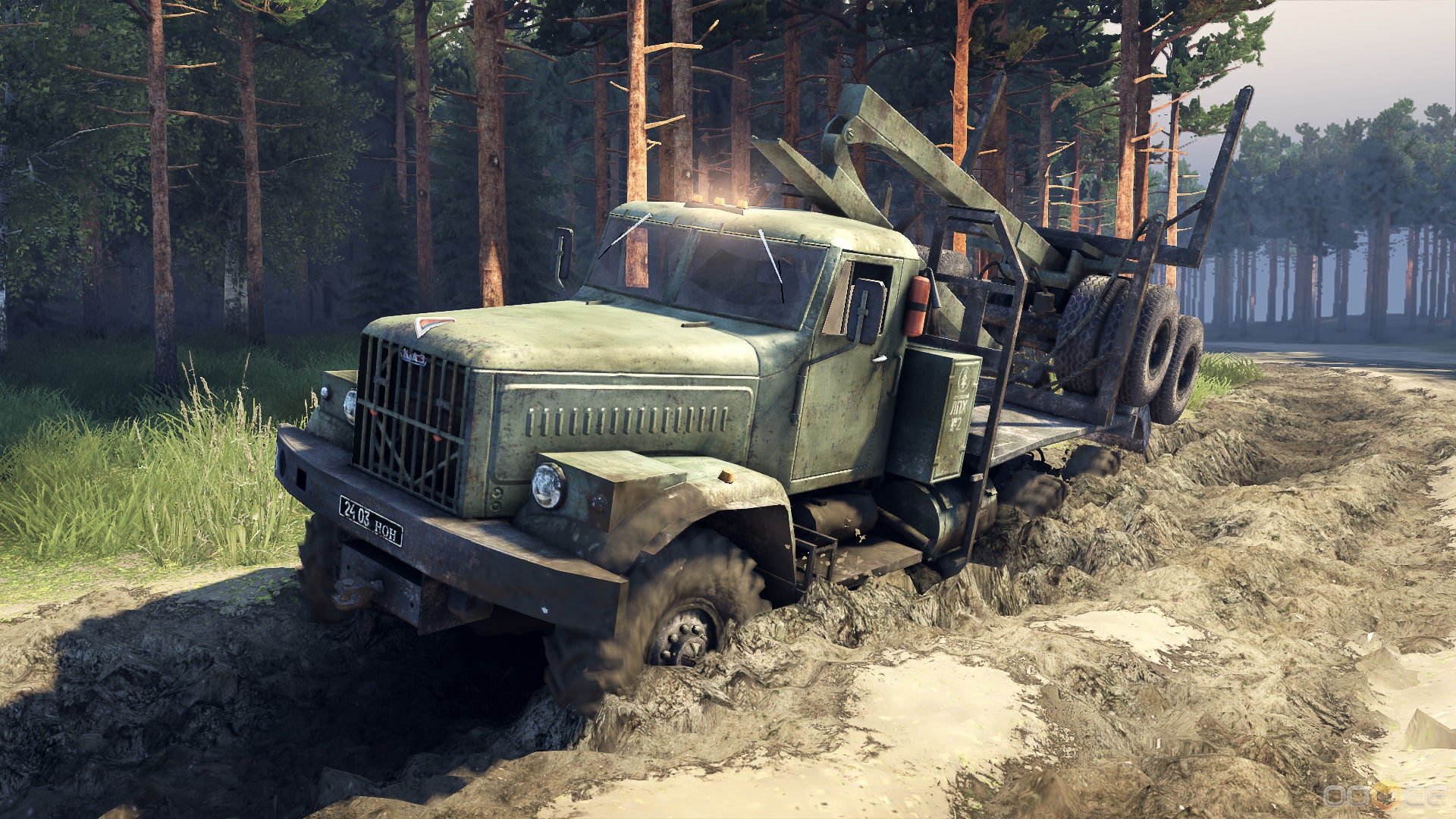 The moral of the story? Don't jump to conclusions based on hearsay and secondhand information. It's a bad habit in gaming culture, and it just makes everybody upset, often for no good reason. Bonus moral, though: when a game's in this bad of shape, developers and publishers can't just drop a single message-in-a-bottle into the sea and hope it floats to all the right people. Communication needs to be frequent and detailed, not sparse and vague. Oovee should have been issuing progress updates on all channels — their forums, Steam, Twitter, Facebook — instead of keeping quiet for such long spans of time.