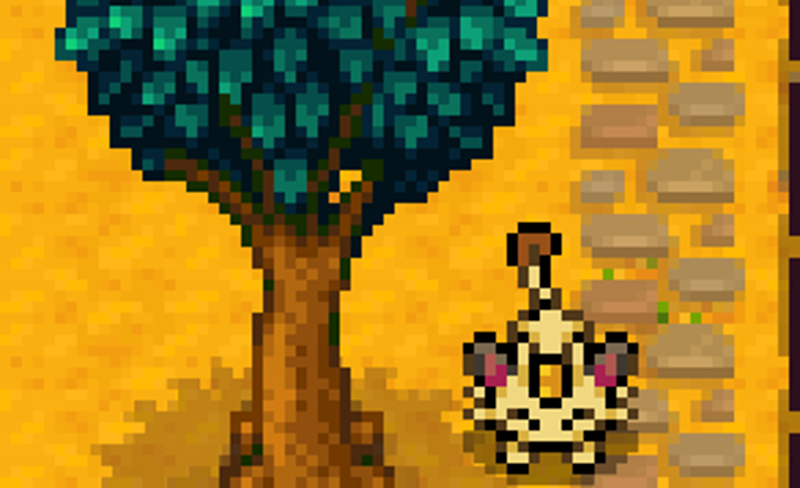 I've always wanted to play a Pokémon game where, instead of being a ten-year-old warmonger, I got to settle down and participate in other aspects of the Pokéconomy. Now, with the help of a Stardew Valley mod, I can. Pokedew Valley is an ongoing effort to collect every Pokémon-themed Stardew Valley mod under the sun (which, itself, may also be a Pokémon). So far, most of your primary animals can be replaced by Pokémon of corresponding shapes, types, and milk-dispensing capabilities.

You can also replace a couple of monsters encountered while mining in the caves with Pokémon. The digging jerkholes become Digletts, and the flying jerkholes become Zubats. Is the latter more irritating in Pokémon games or Stardew Valley? I'm gonna be honest with you: it's a toss-up.

Lastly, you can grab a bunch of Pokémon trainer hats, including Ash's iconic L cap. (Yes, it's an L; I was surprised too.)

It's still early days for Stardew Valley modding, so I imagine Pokémon mods will only get more ambitious with time. For now, though, I enjoy the idea of being a simple, down-home farmer in a world overrun by Pokémon. It's kind of like being a Pokémon daycare manager in the games, except you get to KEEP EVERYTHING.