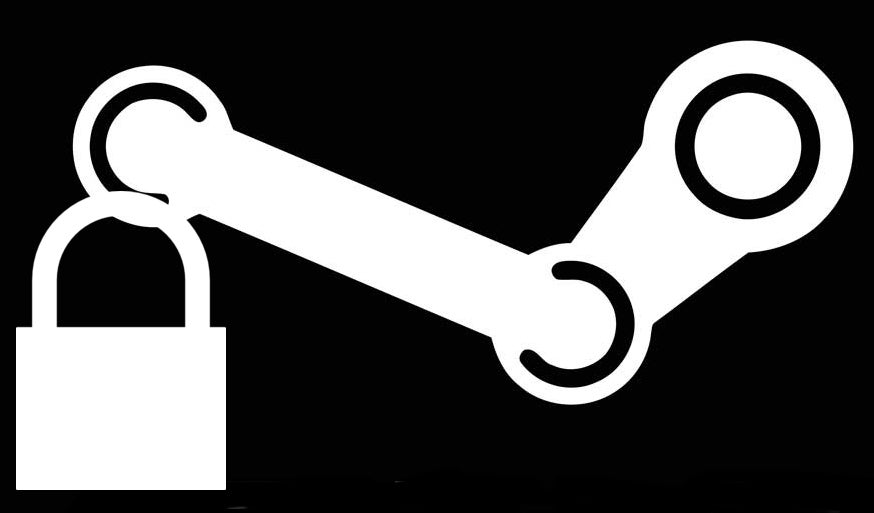 Wanna use Steam's market or trading features? Don't have a compatible mobile phone for security purposes? Then prepare to wait weeks before anything happens.

Valve recently announced big changes to Steam's trade (directly between individual users) and community market (where you can post listings for virtual items to buy/sell) features. If you're not using the Steam mobile app for two-factor authentication and security, you'll have to wait 15 days before a trade goes through or a listing goes live. 15 days. Given that Steam's market and its prices can be fast-moving and fickle, 15 days is a brief eternity.

Sounds kinda ridiculous, no? But it comes a couple months after Valve added three-day trade holds, which they claim improved security (by giving people a chance to shut down transactions in the event that their account had been compromised) and had little impact on the overall volume of trades on Steam. Meanwhile, they say 95 per cent of users are using the mobile app for increased security, so the 15-day hold is for people who don't check their Steam accounts all that often and might miss a fraudulent transaction if they only have three days to slap the red hand of some sticky fingered thief. Valve explained:

"Since the last account security update, we've made significant progress in protecting accounts. In addition to significantly increasing the size of Steam Support to improve response times, individual accounts protected by the Steam Guard Mobile Authenticator on a separate device turned out to be even more effective than we'd hoped. For customers who have yet to add the Steam Guard Mobile Authenticator, trade holds have been helpful in keeping items secure, and we expect that the added duration and extension of holds to the Steam Community Market will further improve security."

But a lot of Steam users still aren't pleased, especially those who don't have iOS or Android phones, given that there's no version of the Steam mobile app for other devices. There's also the matter of people who don't have phones at all: 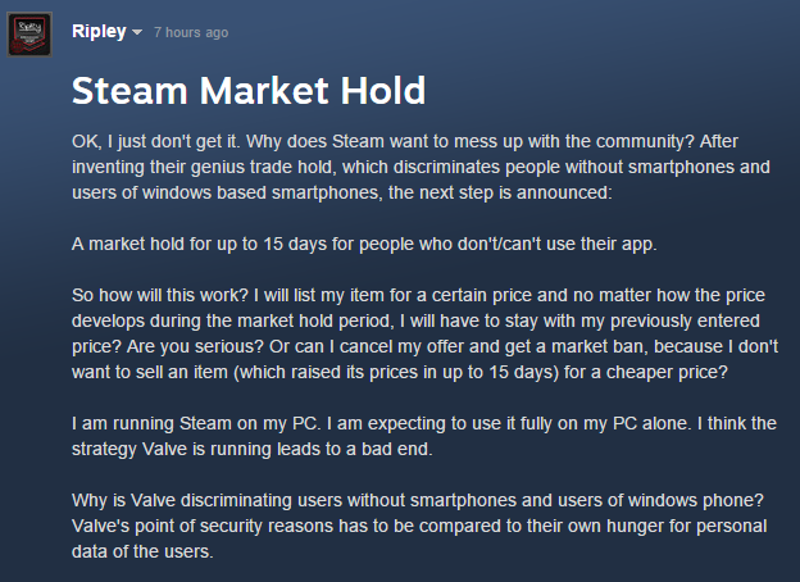 On top of all that, the Steam app can be finicky and unreliable, and it apparently has trouble with lower-end phones: 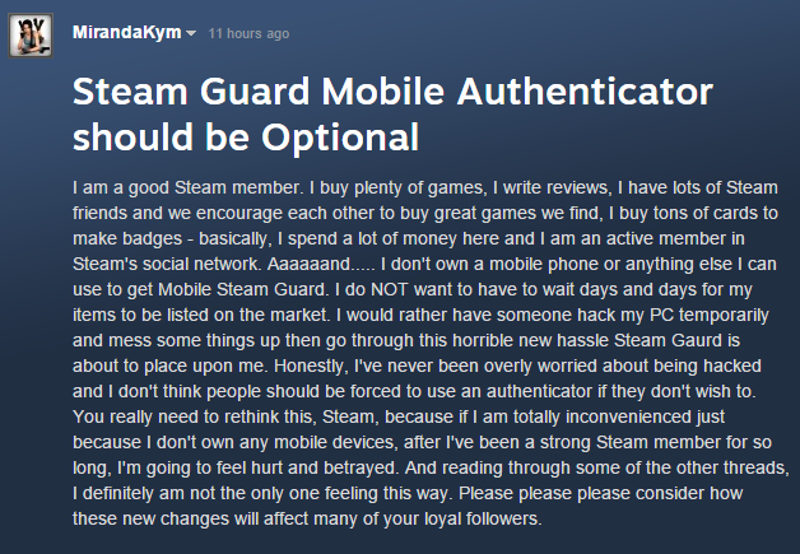 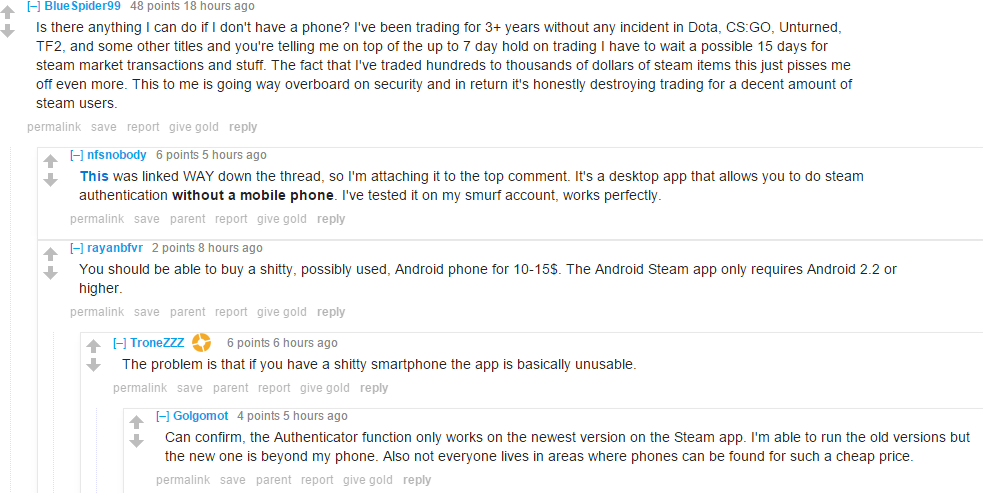 Just about every major Steam-related forum is boiling over with backlash right now. Granted, if Valve's statistic about 95 per cent of users linking their accounts to the Steam app is accurate, this is probably a vocal minority. Then again, when you're dealing with millions of people, minorities still tend to run pretty large in the grand scheme of things.

To their credit, Valve acknowledged that some people are gonna be massively inconvenienced by this change. But they're run the numbers, and they think it's for the greater good. Valve wrote:

"There's a delicate balance between account security and the convenience of interacting with the market or trade. Any time we make changes, there's the risk of significant disruption. We recognise that today's changes will be inconvenient for users who have yet (or are unable) to use the Steam Guard Mobile Authenticator. But if you're a high volume trader (who our data shows is likely using the authenticator already), or a trader who likes to exchange items with friends, these changes won't really affect you at all."

"We believe these steps are necessary to ensure that accounts are made more secure, that users are empowered to identify and solve problems, and that the economic systems enjoyed by millions of customers are not compromised by people with malicious intent."

15 days does seem like a little much to me, but Steam has a massive problem with account theft and fraud. As I reported previously, 77,000 accounts get hijacked per month. This isn't something Valve can take lying down, or even sitting up but kinda, you know, slouching a bit and checking Facebook every couple minutes. Unfortunately, security isn't always convenient, and unfair as it may seem, the onus is generally on the innocent people in the equation to bolt the locks, put up the barbed wire, and rig a few of those paint bucket traps from Home Alone.

I do feel, though, that Valve could've been more considerate of folks who don't have iOS/Android smart phones or any phones at all, especially due to low income or what have you. I'm not sure what such a security system would look like (or if it's even possible given Steam's current form/size), but the new system definitely ensures that those people are gonna have a bad time.