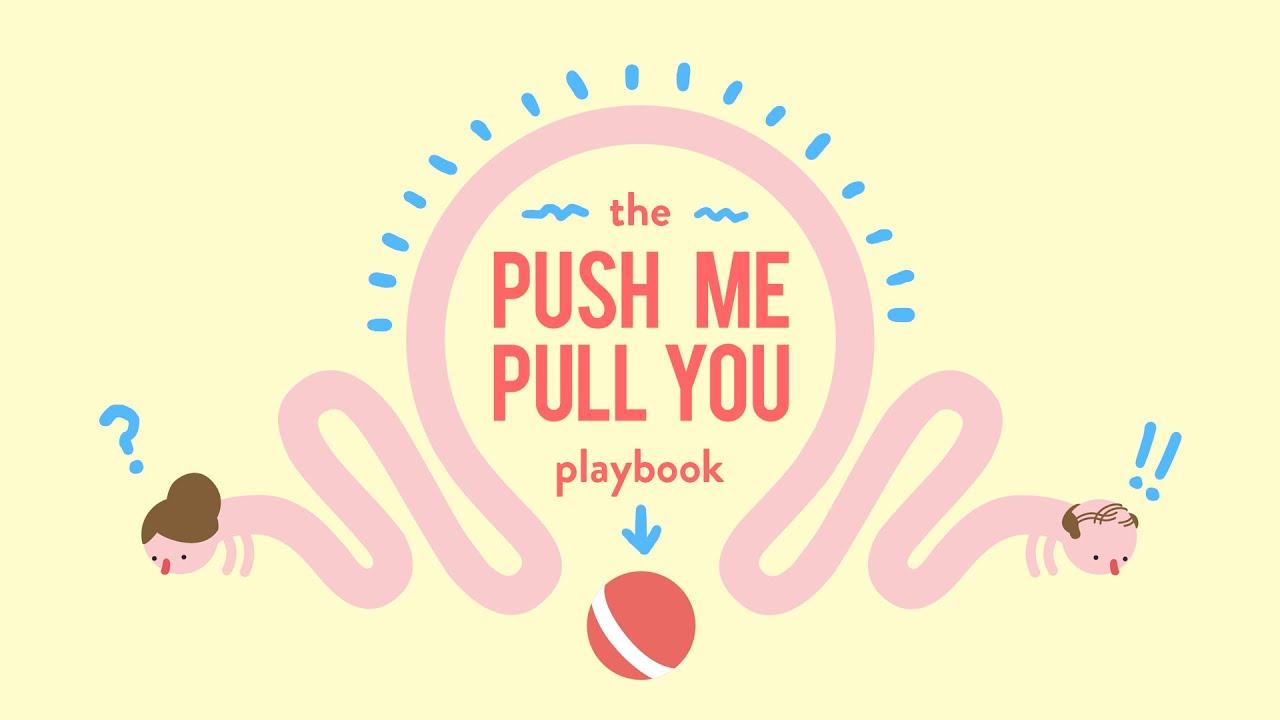 We first wrote about Push Me Pull You almost two years ago. I was excited for this messed up video game back then and I’m excited about it now. Finally, it’s gotten an official release date.

It makes its debut on the PlayStation 4 on May 3.

And it has the best trailer.

What is Push Me Pull You? Well it’s probably the cutest body horror sports game ever made.

A large part of the appeal of Push Me Pull You is the weirdness of it — the hilarity of human bodies being stuck together — but the launch trailer spends a lot of time focusing on the techniques and tricks you’ll need to use to succeed at this game. I get the sense that Push Me Pull You, once it’s in the wild, is going to get quite competitive!

“Part of the goal with this trailer is to show people how we think and talk about the strategies we use. These terms are a shorthand we started using to describe tactics during play – strange phrases that would pop up like ‘make a snail’ or ‘get in the bag’” says co-creator Nico Disseldorp.

I am super keen to just play this with my family. Possibly even my children!

A PC/Mac/LInux release is also en-route, but I’m really glad this game has made it to consoles. It’s a brilliant same-screen party game and, in my experience, those work best on consoles hooked up to a main television.