Everyone Is Friends In Fall Guys, Until You Want To Murder...

We Finally Know What’s Up With Superman In DC Rebirth 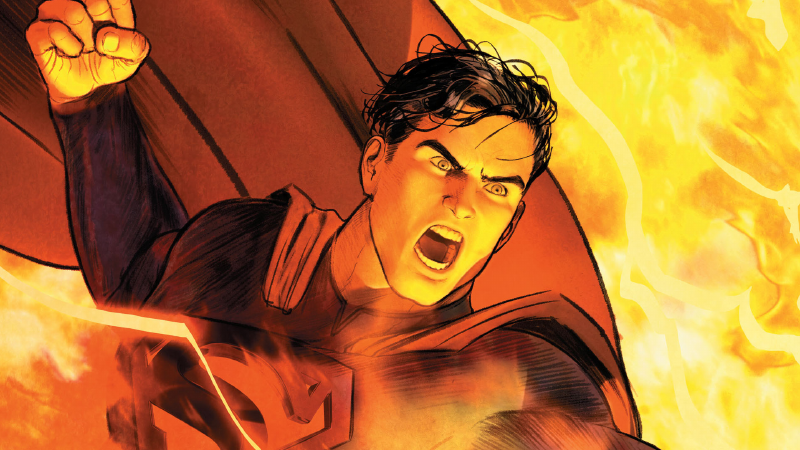 Ever since DC unveiled its line-up for Rebirth, we’ve had some questions about why the classic Superman of the old DC universe will replace New 52 Superman in the comics. Well, today’s Superman #51 has answers… and things aren’t looking too good for New 52 universe’s version of Clark Kent.

Spoilers ahead for Superman #51, by Peter J. Tomasi, Mikel Janín and Rob Leigh.

The New 52’s Superman has been through an awful lot lately, but after a tumultuous battle with Vandal Savage, he’s got his powers back, his suit back and is basically back to being good ol’ Superman. Except there was a cost to his victory, one that Superman #51 pretty clearly lays out on its first page: 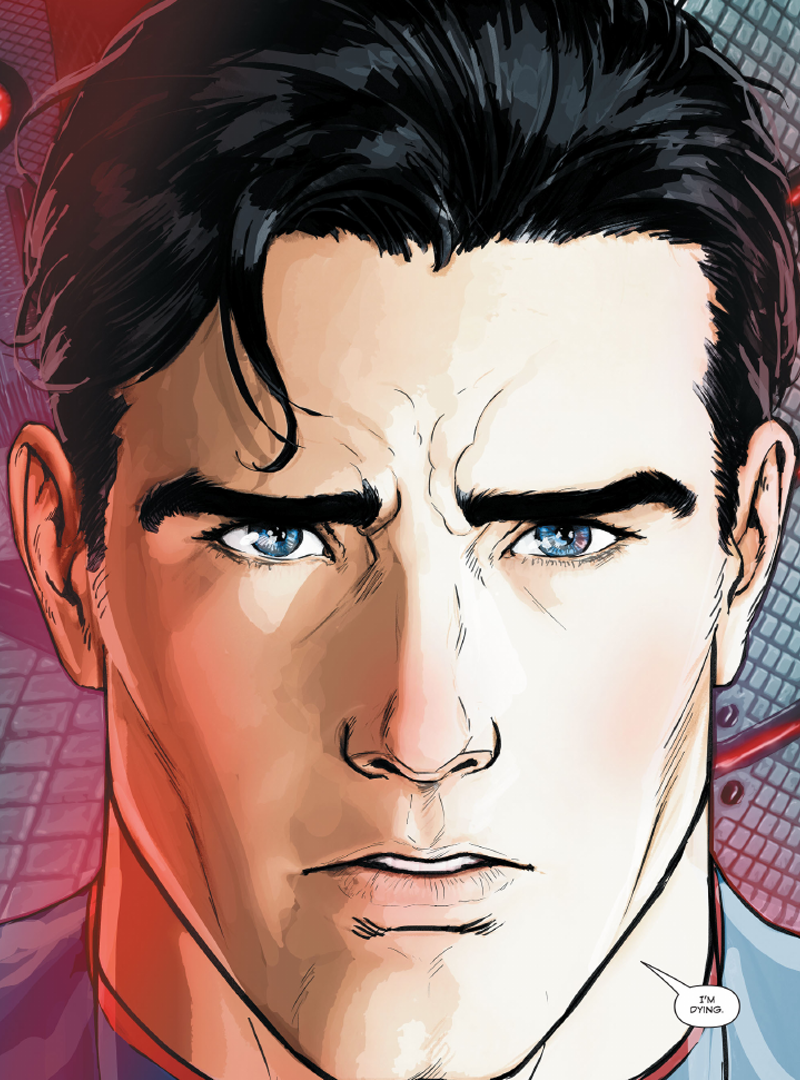 It’s not a trick, or a cliffhanger, its what kicks off this new chapter in Superman — the last nine months of adventures have ravaged Superman’s body, and all the tests conclude that it’s in the process of giving up for good. Clark doesn’t rail against it, or demand that his Fortress of Solitude re-run the tests. He knows his time is coming to an end, and accepts it just as quickly as the news is delivered to him.

It’s an interesting choice, because it frames all of Clark’s actions going forward about how he sees Superman’s legacy, and how he plans to to secure that legacy before he’s gone. It is, strangely, perhaps Superman at his finest and at his most noble. The only time he is angry at his impending death is that he knows it limits the time he has to safeguard the people of Earth. The first person he tells in his best friend Lana Lang, giving her the tragic task of burying him next to his parents when the time comes. 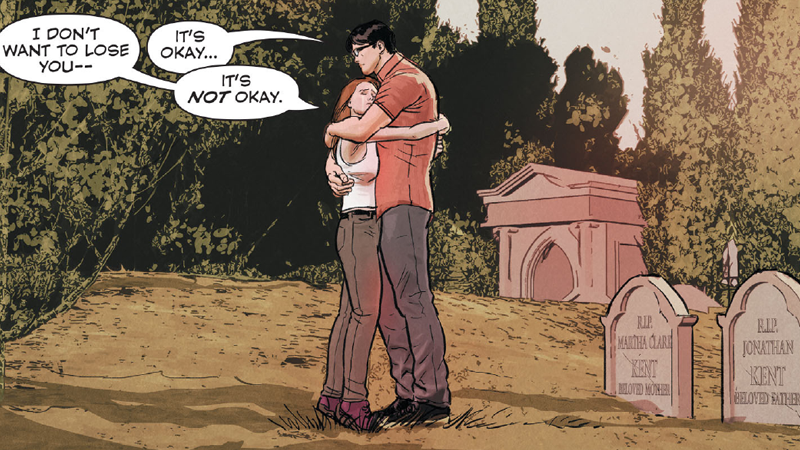 The issue ends with Clark visiting Lois, and him entrusting her with telling the story of Clark Kent and Superman to the world when he’s gone. Over the last year, Superman has been going through a personal crisis of faith — one that’s been all about if he can still measure up to the legacy of Superman when he finds his identity exposed, or his powers curtailed. There’s something very powerful in the fact that in the face of his final end, Tomasi gives us a Superman more selfless and noble than he’s been in a long time.

But as well as revealing just how the Pre-New-52 Superman would be coming to fill the New 52’s Superman (it’s… a long story) place in DC’s comic line-up in a few months time, Superman #51 also sets up another intriguing hint at what’s to come. In between Superman’s moments of preparing for his death, the comic has an interlude where a man on the run from some police officers is hit by a blinding light, totalling his car. But the man crawls out of the wreckage — not just fine, but apparently super fine: 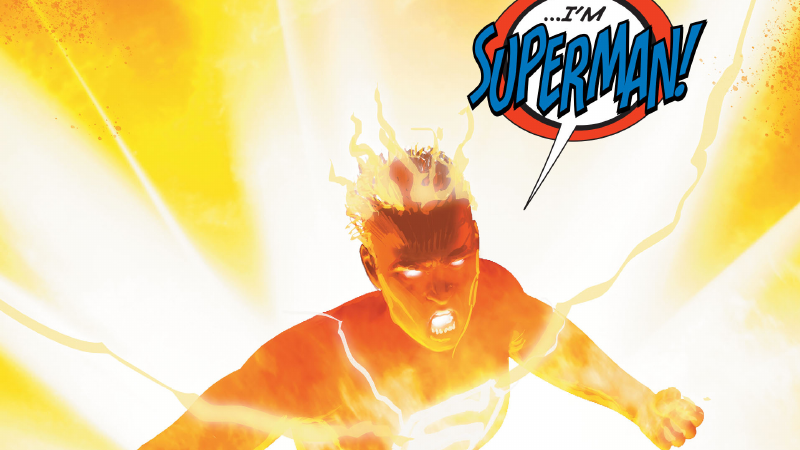 Huh. We already know that Gene Luen Yang is writing The New Super-Man for Rebirth, a series about a Chinese man somehow inheriting Superman’s powers. It looks like after his death, Clark Kent’s legacy will be picked up not just by the classic Superman, but a whole legion of new Supermen. A fitting legacy for a man who saved the world countless times to leave behind.