What Prince Taught Me 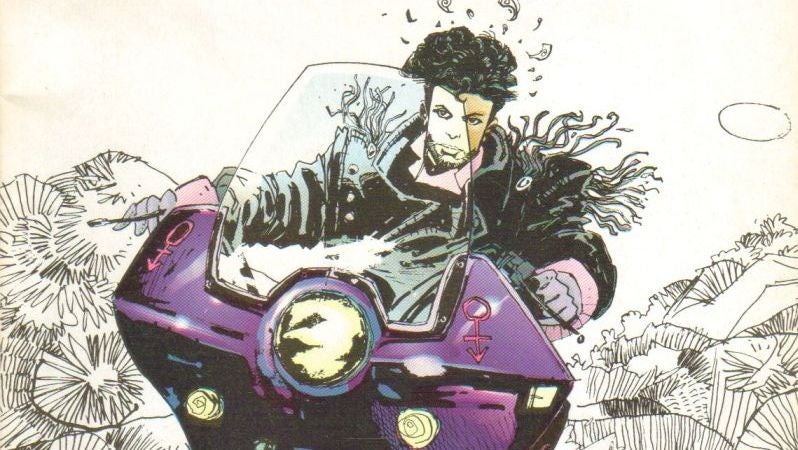 "I'm here to tell you there's something else..." Prince showed me the life I wanted to live. He was my black genius superhero.

I grew up in a single parent household ruled by my Haitian-born mum. Like all good immigrant parents, her primary concern was making sure I didn't bring shame on her house. Do well in school, become a lawyer, get set up in some Good Job that would let me take care of her when she got old. These were nice, conformist goals that I understood why she wanted for me. I'll never forget her response when I told her, probably in my sophomore year of high school, that I wanted to be a writer. She said I'd be broke my entire life. Well, shit, that sure would suck, I thought. But it was too late. I'd already been listening to Prince.

In my adolescence, The Purple One's music was my first taste of a romantic, bohemian ideal. Soundscapes like "When Doves Cry," "Raspberry Beret" and "Girls and Boys" represented another dimension. An alternate reality where I didn't have to worry about being teased for being gawky, shy and uncoordinated, where was ok to have whimsy, flights of fancy and daydreams. I knew that the future I wanted for myself would only come by engaging with obsessions, thoughts and ideas that other people laughed off as featherweight. The fact that I wanted to be a writer was like science fiction to my mum, a nurse who worked at the same place for more than 30 years before she died. To be honest, I didn't know what my future would look like, either, other than the fact that I wanted it to involve putting words to paper. But the fact that Prince had a superstar career — achieved via a dandified, insatiably horny aesthetic — told me that fantasy could become reality.

Growing up as a black male nerd was difficult for me because I couldn't embody the machismo that my elders and peers expected of me. Prince's make-believe world showed me that there was another way to be black and male. It was Black Genius. Black Genius is reinvention. It's changing paradigms, reworking metaphors and circumventing systems that have worked to minimise and exclude black voices. Prince ran up hard against those barriers early in his career, as seen in this excerpt from a 1981 New York Times article:

How rigid are racial categories in contemporary pop music? Prince recently found out when the Rolling Stones invited him to open several West Coast concerts on their 1981 tour. The suggestions of androgyny in his fluid body movements and flamboyantly minimal stage costume were more than a little reminiscent of some of Mick Jagger's early performances, but the almost entirely white Stones audience apparently failed to make the connection. They pelted Prince with fruit and bottles, causing him to cut his sets short. Similar reactions from white radio programmers have kept Prince's records off most FM rock stations; it's the stations with black music formats that are playing them.

By the time that Purple Rain rolled around in 1984, it was obvious that, despite all that hate, Prince would win everything. And his victory over pop culture in the 1980s opened me up to Jimi Hendrix, James Brown and a whole musical legacy that I didn't hear growing up in a Caribbean household. The subliminal messages I got as a kid from school, TV and pop culture were telling me that my place would be on the fringes of society. Prince showed me that I could live in the stars.