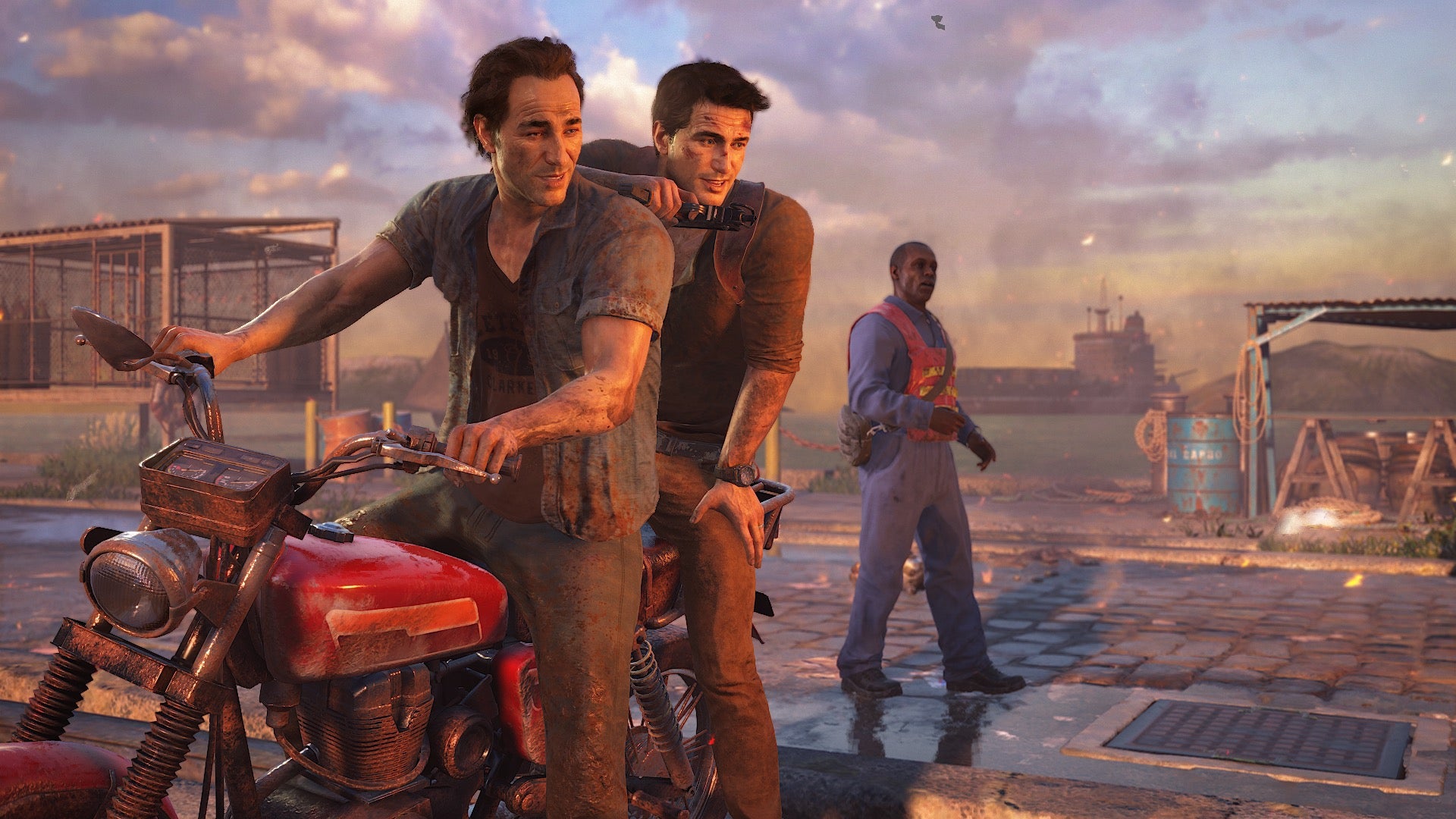 You might not have dug into Uncharted 4‘s extensive set of accessibility features, but for disabled game fans, they’re incredibly important. The reason Uncharted 4 has so many is thanks to a fortuitous meeting at GDC.

This touching meeting was outlined in a video from Sony yesterday:

One of the appointments that Naughty Dog UI designer Alexandria Neonakis took at GDC was with D.A.G.E.R. editor-in-chief Josh Straub.

(Neonakis wrote a piece for us on the interface for The Last of Us in 2014.)

D.A.G.E.R., which stands for Disabled Accessibility for Gaming Entertainment Rating System, is a metric Straub uses on his website to review games from the perspective of someone who’s disabled. The reason Straub started the website was his inability to finish Uncharted 2.

Towards the end of Uncharted 2, the player is asked to tap a series of buttons very quickly, as part of a QTE sequence. Straub couldn’t pull it off.

“I was faced with the reality that I had played this entire game,” said Straub in the video, “I had spent $60 on it, and I could not get any further without the help of an able-bodied person.”

“Growing up, my options for entertainment were limited,” he said. “What developers need to realise is that these games do more than just entertain the disabled. Fist of all, they provide an escape from the sort of doldrums of being disabled. And second of all, they provide a social space where, instead of being judged by being physical appearance, we are purely judged by the actions that we do and the things that we produce in the game.”

Straub left a big impact on Neonakis, and she quickly sat down with Neil Druckmann and Bruce Straley, the game’s and creative directors. Both of them were on-board with widening accessibility, so the team got to work.

The goal wasn’t to radically alter Uncharted 4‘s design, but to provide additional options for the player, so they can navigate what’s there. To that end, lead game designer Emilia Schatz began looking at different ways to make the game playable while using only one of the analogue sticks.

The result was a bunch of new options, as seen in the shipping game:

One option makes it so you never have to smash buttons on the controller again; instead, you hold down the button for repeated actions. That not only applies to QTE sequences, but melee combat, as well. If you need to take down an enemy in a one-on-one brawl, you can just hold it down.

The camera can also aim around the space to give an idea of what’s around and, if you choose, lock-on to enemies. Here’s what it looks like:

In multiplayer, UI scripter Andres Ortiz Suarez realised he was having trouble figuring out which team he was on. How come? The teams were assigned the colours as red and green… but Suarez is colourblind.

“So I asked them ‘can I just change it from red to blue?'” said Suarez. “And I went ahead and changed it in code, and nobody ever questioned it.”

All of these changes, each of them small but important, allow Uncharted 4 to be played by more people. In Straub’s review of Uncharted 4 on his website, he declared it “barrier free” and “an absolute joy to play and a must buy for anyone who owns a PS4 regardless of physical ability”.

“When I turn on a game like Uncharted,” said Straub in the video, “I’m not confined to a wheelchair. I’m a swashbuckling ne’er-do-well treasure hunter like Nathan Drake. “That brief period of escape is why accessibility is so crucial. Because the more games that offer that, the more people with disabilities will be able to escape and have better lives.”