Our First Look At The New Zelda, Breath Of The Wild [UPDATED] 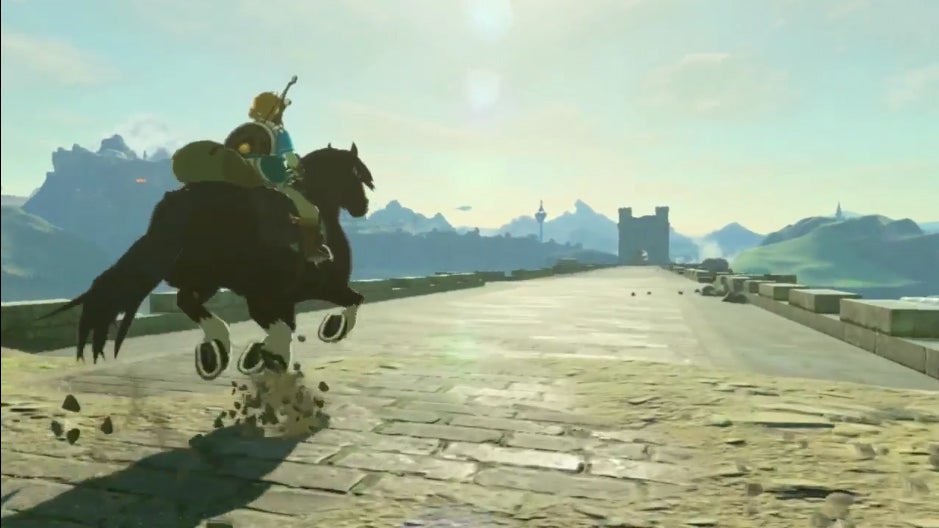 Nintendo today revealed a bunch of new information on their next Zelda game, due to come out on NX and Wii U next year. The presentation opened with a brand new trailer voiced by a woman (presumably Zelda) telling Link to open his eyes. Lots of shots of vast open world areas, and we see Link jumping, diving, climbing, swimming. We see him cooking, and cutting down a tree to turn it into a bridge so he can climb across a big ravine. We see him build pillars out of the water and use a magnet device that appears to be one of his new tools.

The Legend of Zelda: Breath of the Wild. Here's the new trailer:

In the trailer, Link:

After an hour-long break for new Pokemon footage, Nintendo returned to talk about Zelda, with producer Eiji Aonuma saying that he designed this game to "rethink the conventions of Zelda".

The game opens with Link emerging from what appears to be a cryogenic chamber, or a sci-fi bathtub. 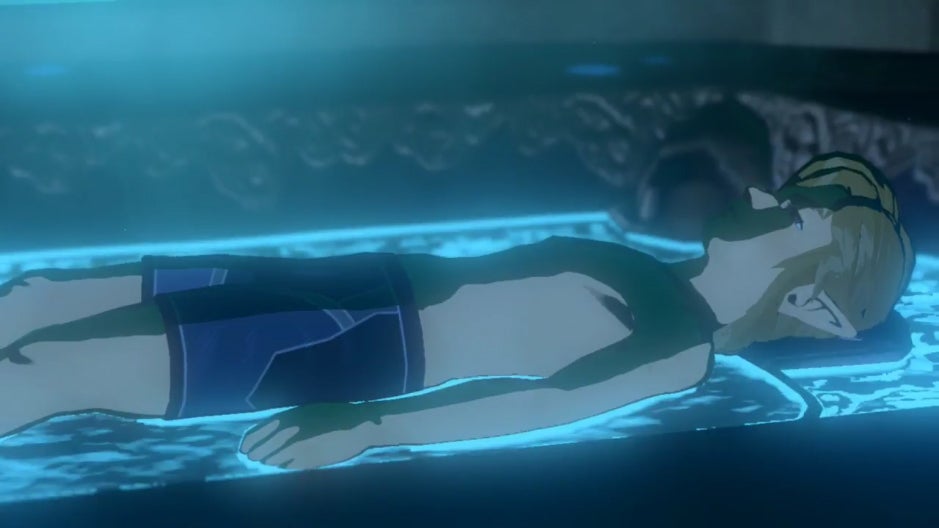 After waking up, Link gets an item called a Sheikah Slate that appears to be a tool he'll use throughout the game. "In past series we've used swords and magic, but this time around we've used technology," Aonuma said.

Link also picks up a shirt and some pants. Sure looks like there are item stats. It looks like they each have a defence value, which is definitely new to the series. 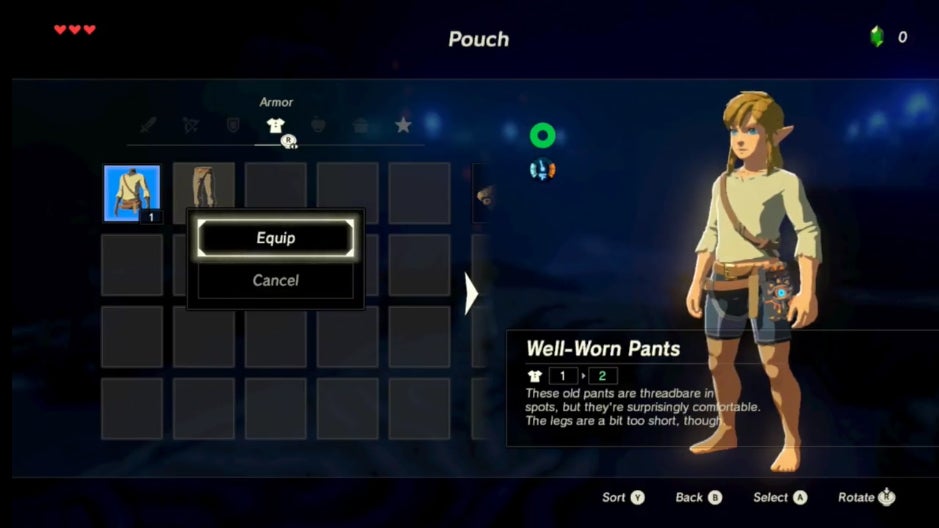 There are jump and sprint buttons, which is also a new addition for 3D Zelda. Link picks up a tree branch, which appears to be his first sword. It also has a stat — a 2, which is presumably the attack value. 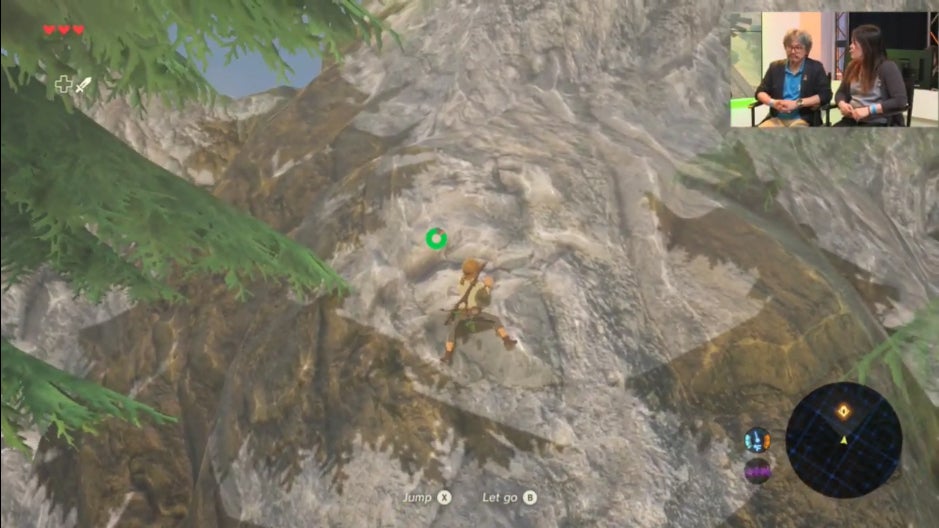 The Sheikah Stone also serves as Link's map, and although the E3 demo is limited to one specific area, it looks like the world is going to be huge. 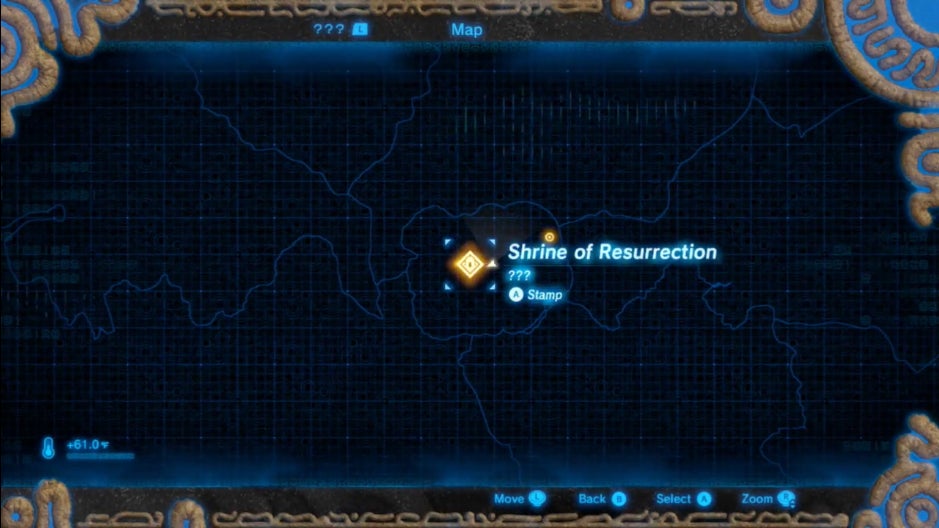 After meeting an old man (a reference to the original Zelda's "It's dangerous to go alone!" guy, Aonuma said), Link sets some things on fire, then goes and picks up an axe, which he can use to chop down trees and get wood. 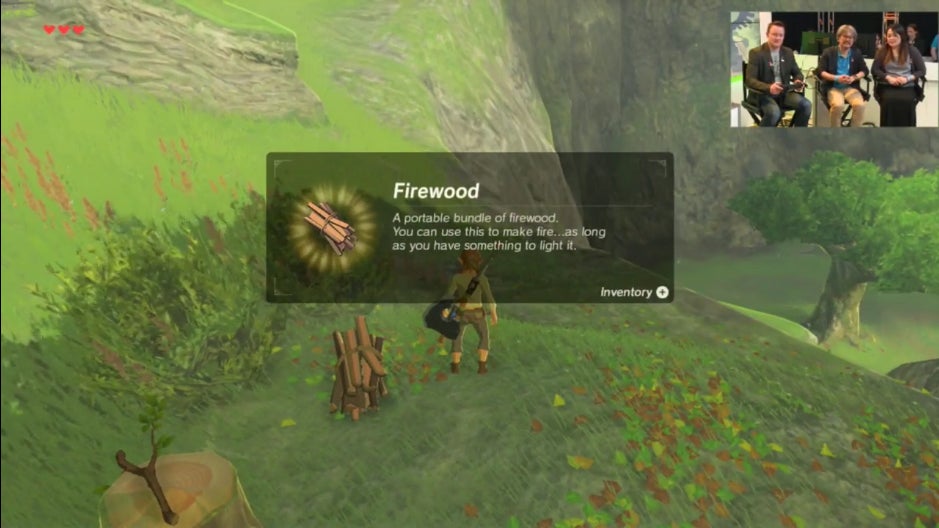 Cutting down grass no longer leads to new hearts, which is a huge change for the series. In order to restore Link's health, you'll have to eat food like apples and mushrooms, which you can pick up (and cook) as you're exploring the wild. "It's almost like a survival game," Aonuma said. 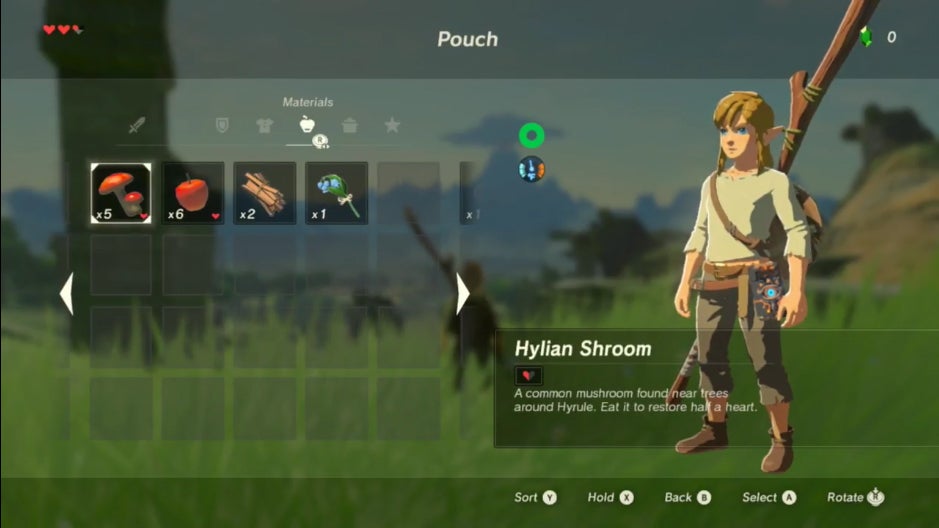 Your weapons will lose durability and even break eventually, so you can steal weapons off enemies after you beat them. 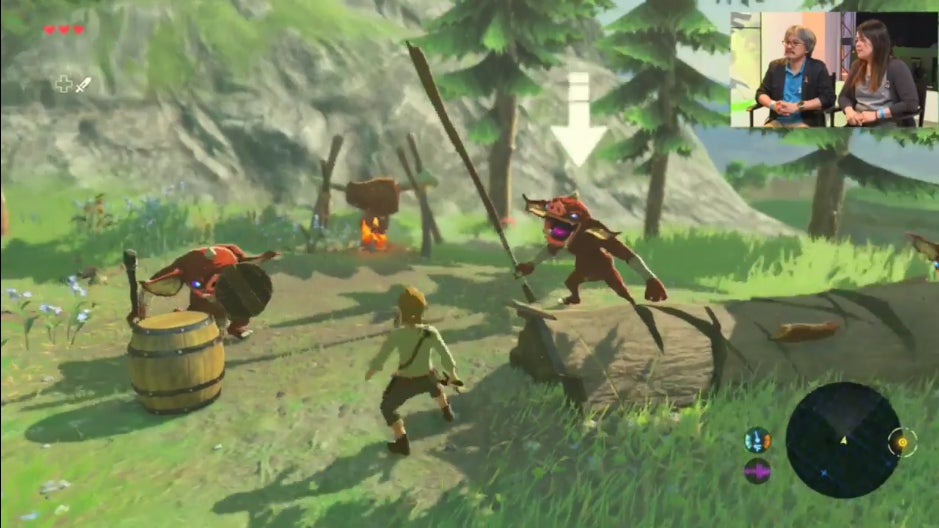 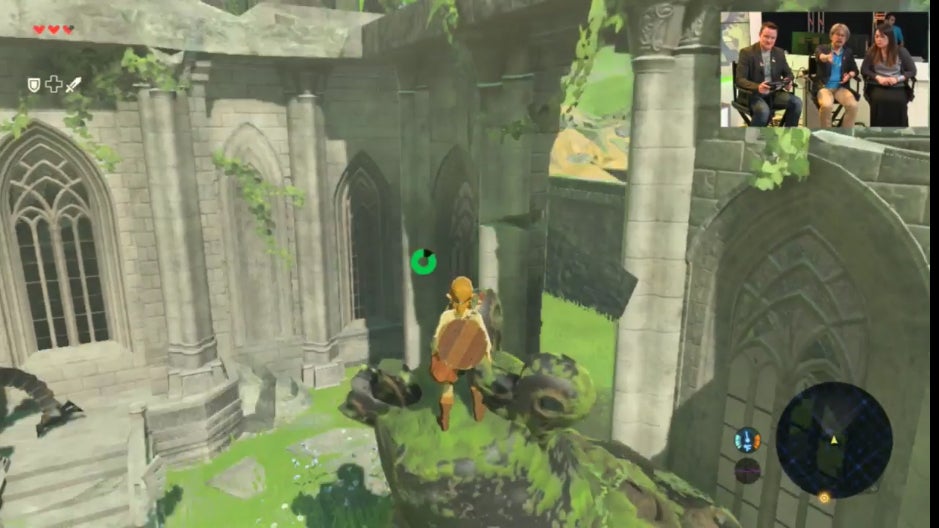 In the demo Nintendo showed off, Link explored a big ruined temple and found a nearby chest with a bow in it (attack value: 5). 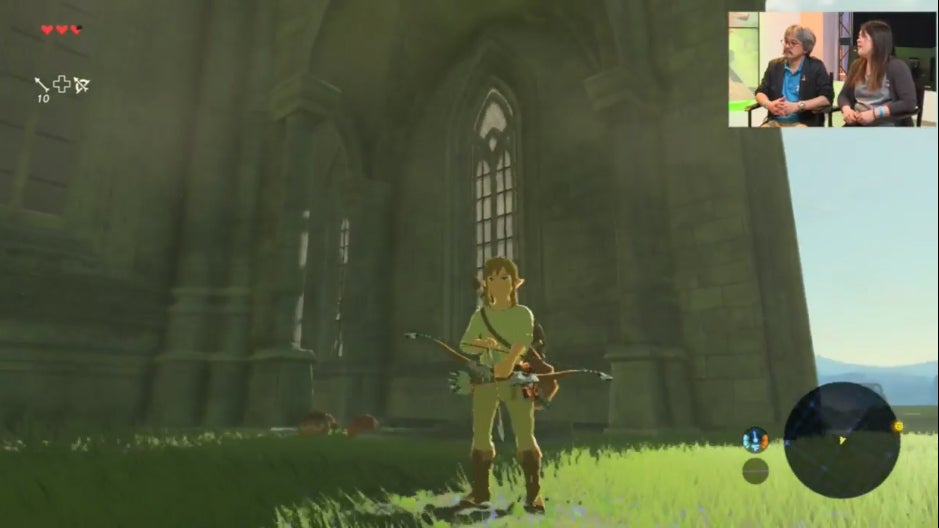 Finally, after a brief hiccup thanks to the demo's timer (you can only play 20 minutes at a time on the show floor), this happened: 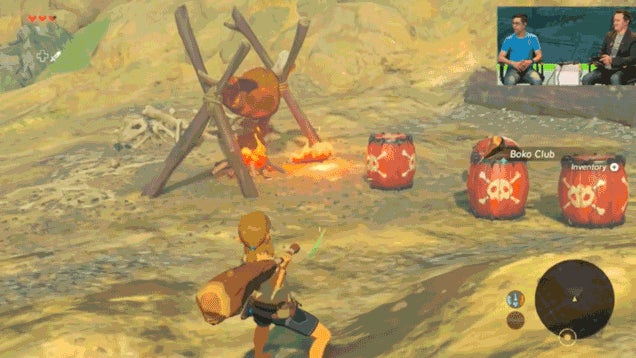