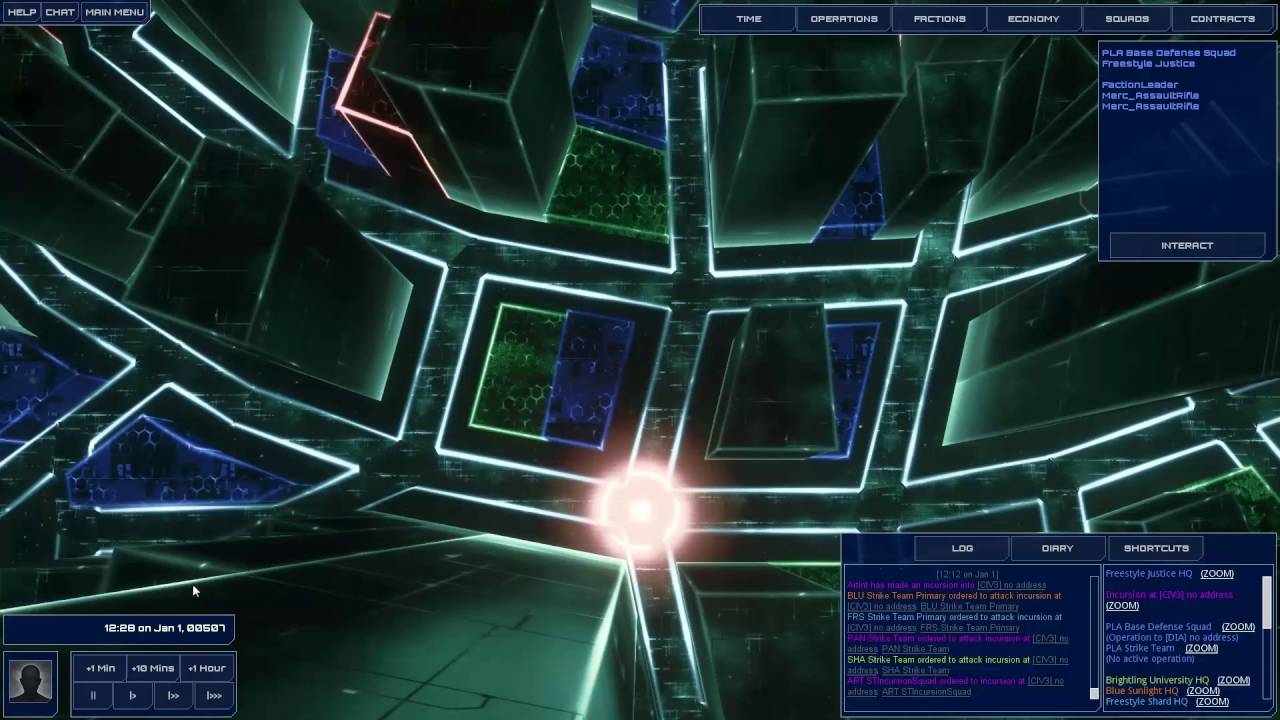 Mode 7 games popped up a little while ago with a trailer showing some very Frozen Synapsey combat for Frozen Synapse 2, and showed off a large city that you could do missions in. We had also previously known that it would be an “open world” game — but now we have the first in a series of developer updates, and we can finally see what the game is going to be like.

The update is short but Paul Taylor is speaking very fast, so if you blink you’ll miss valuable information. Because blinking stops hearing now. It’s a new thing. What?

While various things get tweaked like units not spawning outside of buildings, we learn that there will be two kinds of missions: Minor, and Major. The Major missions are more scripted and will advance the story, allowing Mode 7 to create some interesting set pieces. From the sounds of it, the Minor missions will be procedurally generated, popping up around the city with random variables and no outing will be the same twice. Take territory, hold territory, and git gud at the shewtypewts.

Mode 7 has always had its minds keenly on the singleplayer aspects of its games, and I’ve always been more a fan of the multiplayer sides. Both Frozen Synapse and Frozen Endzone had fleshed out singleplayer modes and features, and sometimes it seemed that due to limited development time, these came at the expense of multiplayer features. But I’m guessing they know their business and their playerbase, and are in tune with what they want. Just seems like a shame, given the asynchronous nature of multiplayer in Frozen games renders it immune to the curse of the multiplayer indie game.

You can see the previous trailer below.