Overwatch Is Still Hiding Lots Of Clues About A Mysterious Character

On the surface, Overwatch seems like just a wacky, brightly-coloured shooter. Don’t let that fool you though. Overwatch hides some secrets which nobody has found yet according to Blizzard.

Earlier this year, there were rumblings of a character named “Sombra.” As Eurogamer explains here, some of the maps in Overwatch contain mentions of Sombra in the background, sometimes on computer screens or on posters:

Players theorise that Sombra is none other than Pharah’s mother, who used to be a part of the original Overwatch team (you can spot her in the top left of the leading image in this post.)

Hopeful fans even think that Sombra might be an upcoming character, and this hunch has been amplified by promotional footage displaying an unknown hooded figure during the character select screen, pictured below. See how the character has a sniper, just like Pharah’s mum does? 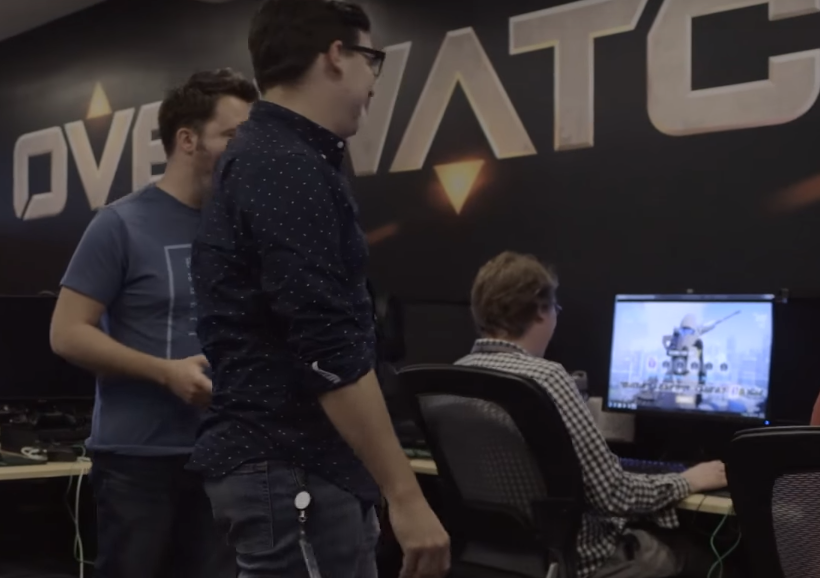 Since these discoveries, the trail has more or less run cold: fans haven’t really found anything new. But in another interview with Eurogamer today, Blizzard says there’s still more where that came from:

Whilst we’re talking new heroes, how did you find it when people started speculating that a new hero, called Sombra, was about to be revealed around the time of your last animated short? Was that strange, from your perspective?

Jeff Kaplan: No, it was not strange. We have put a lot of hints, all over the game and out of the game, so I would say it’s about time that people are concerned with who Sombra is. I hope they keep researching more and find more hints that are out there.

So they haven’t found everything yet?

Jeff Kaplan: No. No sir

Oh shit. What could it be; what have people missed? Is this an ARG of sorts, where the character isn’t revealed until we find all the clues? Is Sombra actually going to be a playable character, or is she just someone of note in the lore?

I leave the investigating up to you, Overwatch players.