This week marks the 25th anniversary of the release of the first Sonic the Hedgehog game, and Tomy is celebrating with a group of plushies that recall a time when Sonic was pudgy, Dr. Robotnik was round and secondary characters were exciting additions.

Back then they didn’t care about separating Sonic’s eyes with an edgy brow. Just a pair of pupils sailing on a sea of sclera. 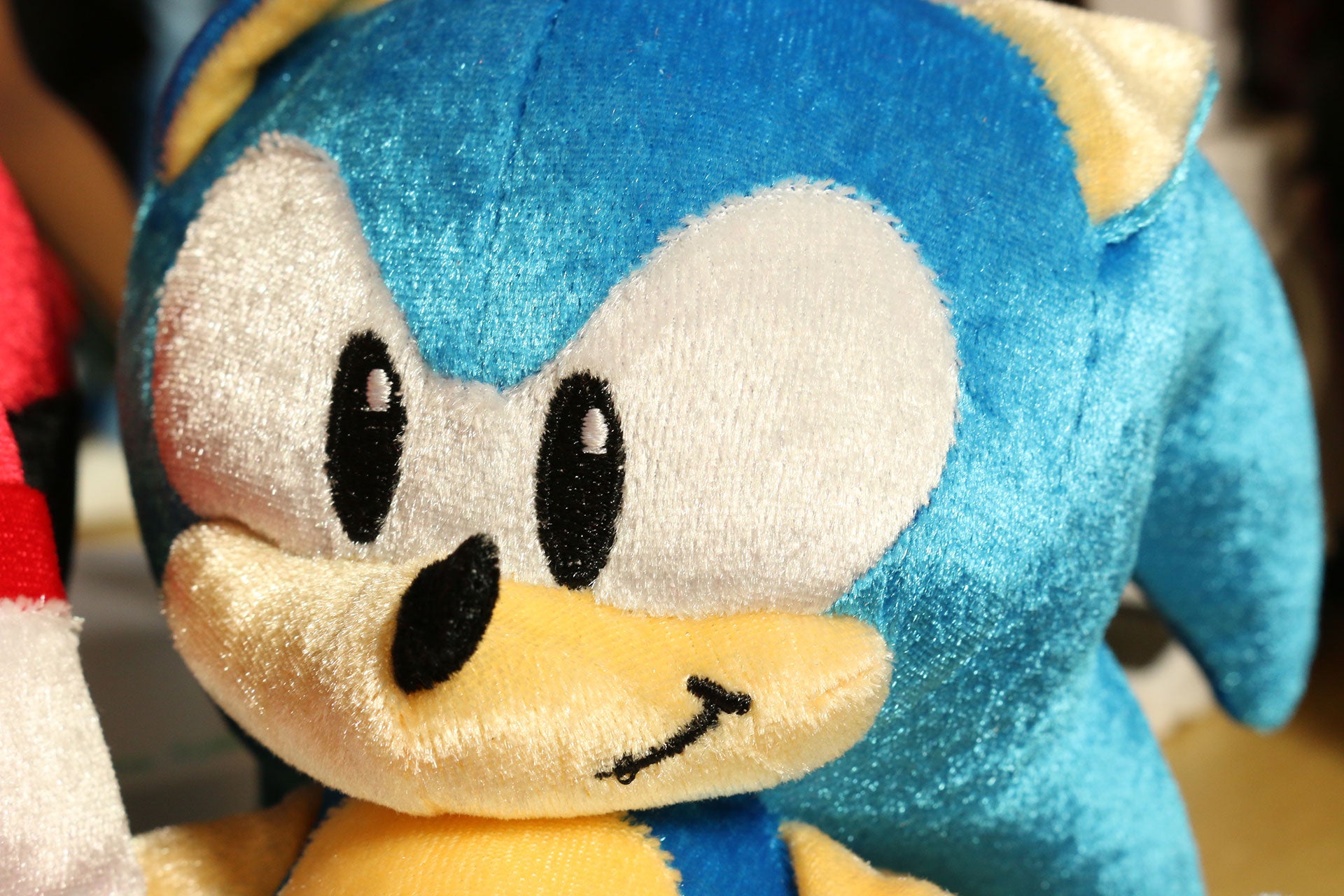 Not that there’s anything wrong with this: 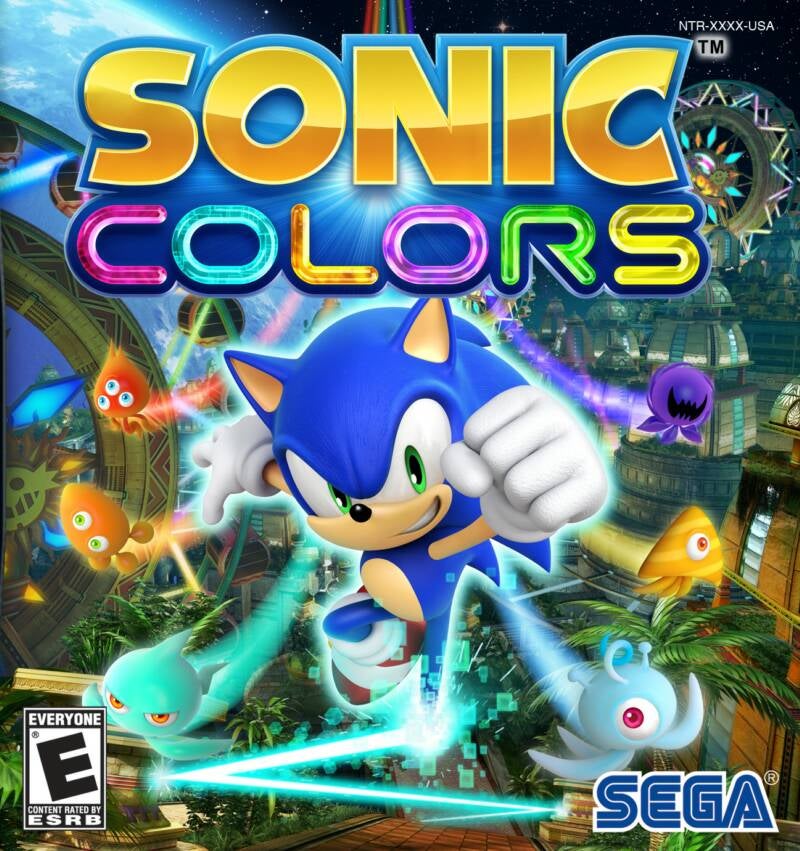 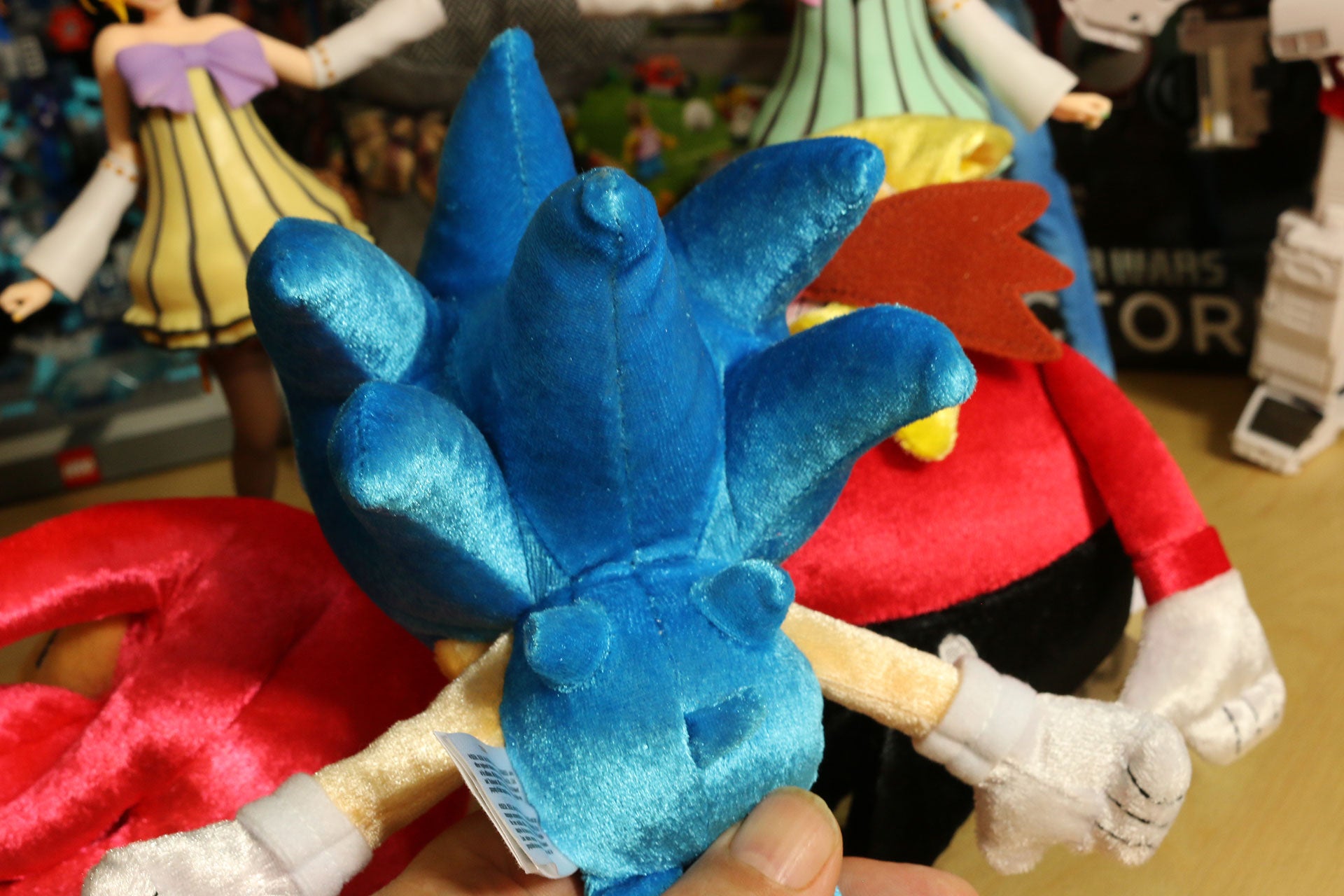 Looks like we’ve got six spikes (or quill bundles) on the head, two on the shoulders and a little tail. We’ll accept this number.

His fur a shimmering shade of blue, his shoes regulation red with white stripe, plush anniversary Sonic deserves the attention he’s getting. 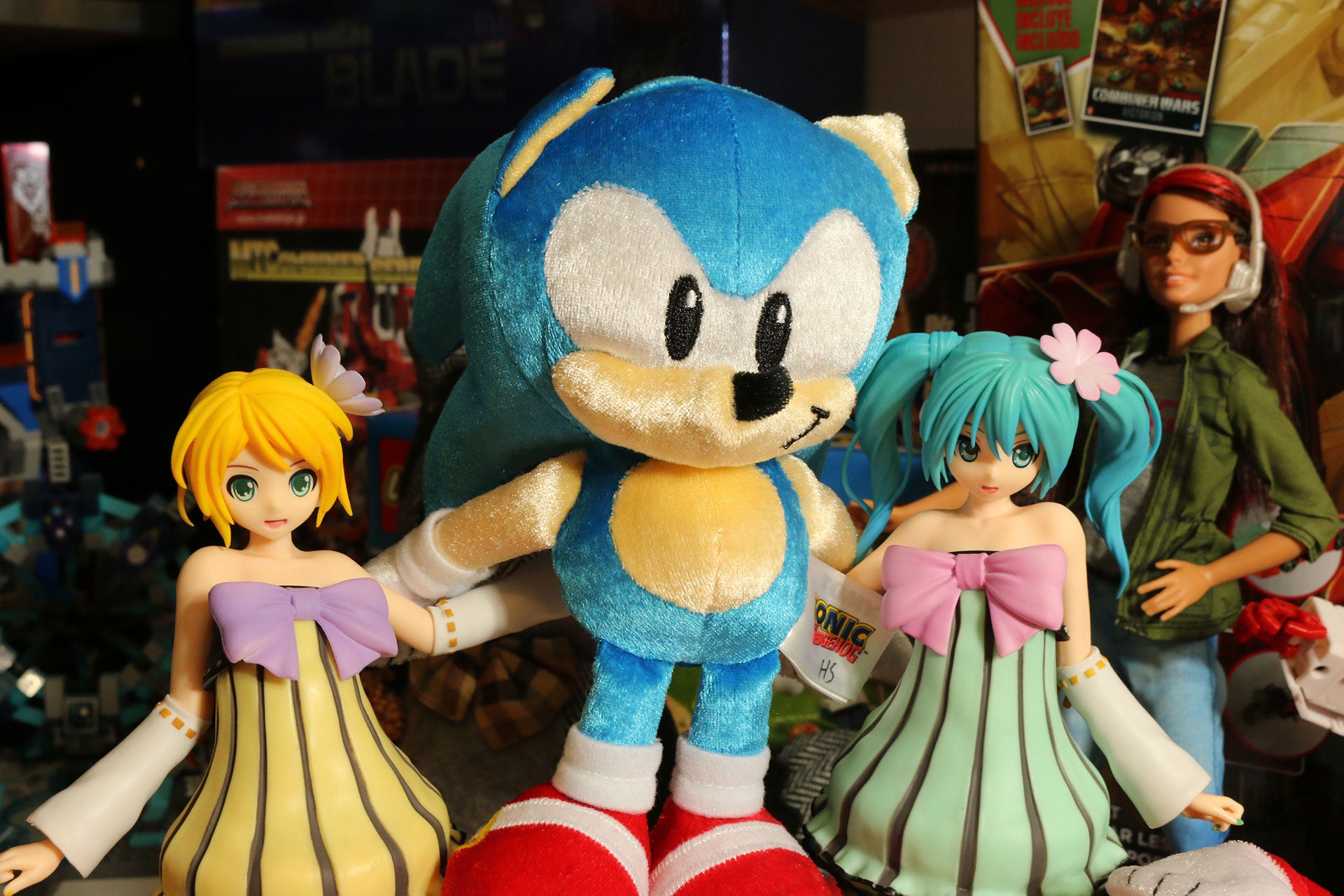 I vote we get Game Developer Barbie to work on the next Sonic game. Next we have Doctor Ivo Robotnik, or as the Japanese booklet for the game called him, Doctor Eggman. The two names have since become interchangeable, but as the English version of Sonic the Hedgehog came out on June 23, 1991 and the Japanese version on July 26 of that year, we’re gonna call him Robotnik. 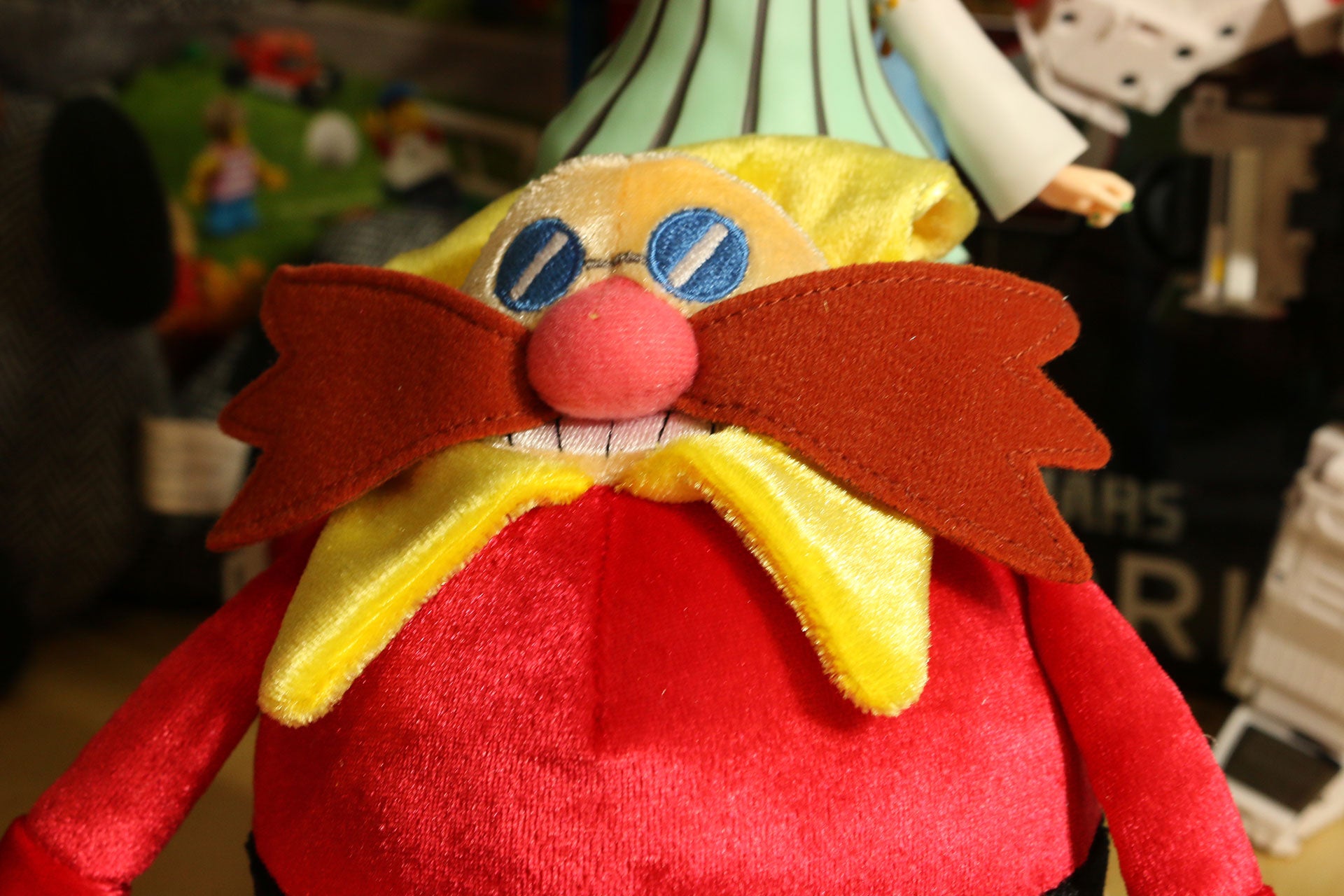 The 25th anniversary plush Robotnik is a red and black ball with legs, arms and a small cone-shaped head. His collar/cape combo frames that tiny noggin, red nose flanked by stitched mustache halves.

As serial mass animal kidnappers go, Robotnik was the man. As celebratory toys go, he’s sort of an egg man, and that’s lovely. He’s also the only character besides Sonic that deserves being in a 25th anniversary set, as Tails didn’t show up until the second game in 1992, and Knuckles was a no-show until 1994. 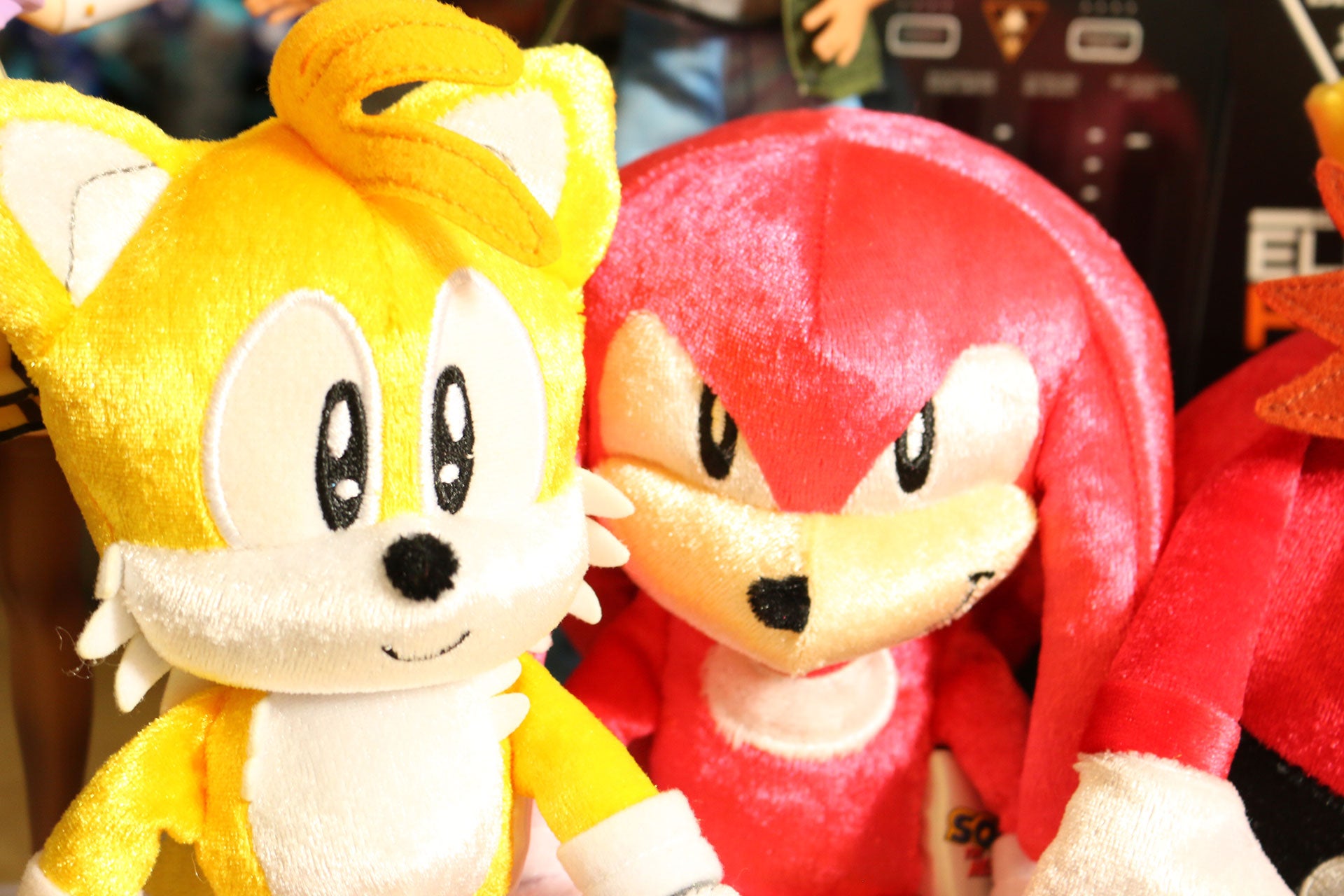 We were glad to see them back then, before new playable characters meant less basic Sonic gameplay, and I’m glad to see them now.Is it fair that they get two distinct eyeballs each? No, but they make up for it by not kissing human girls. 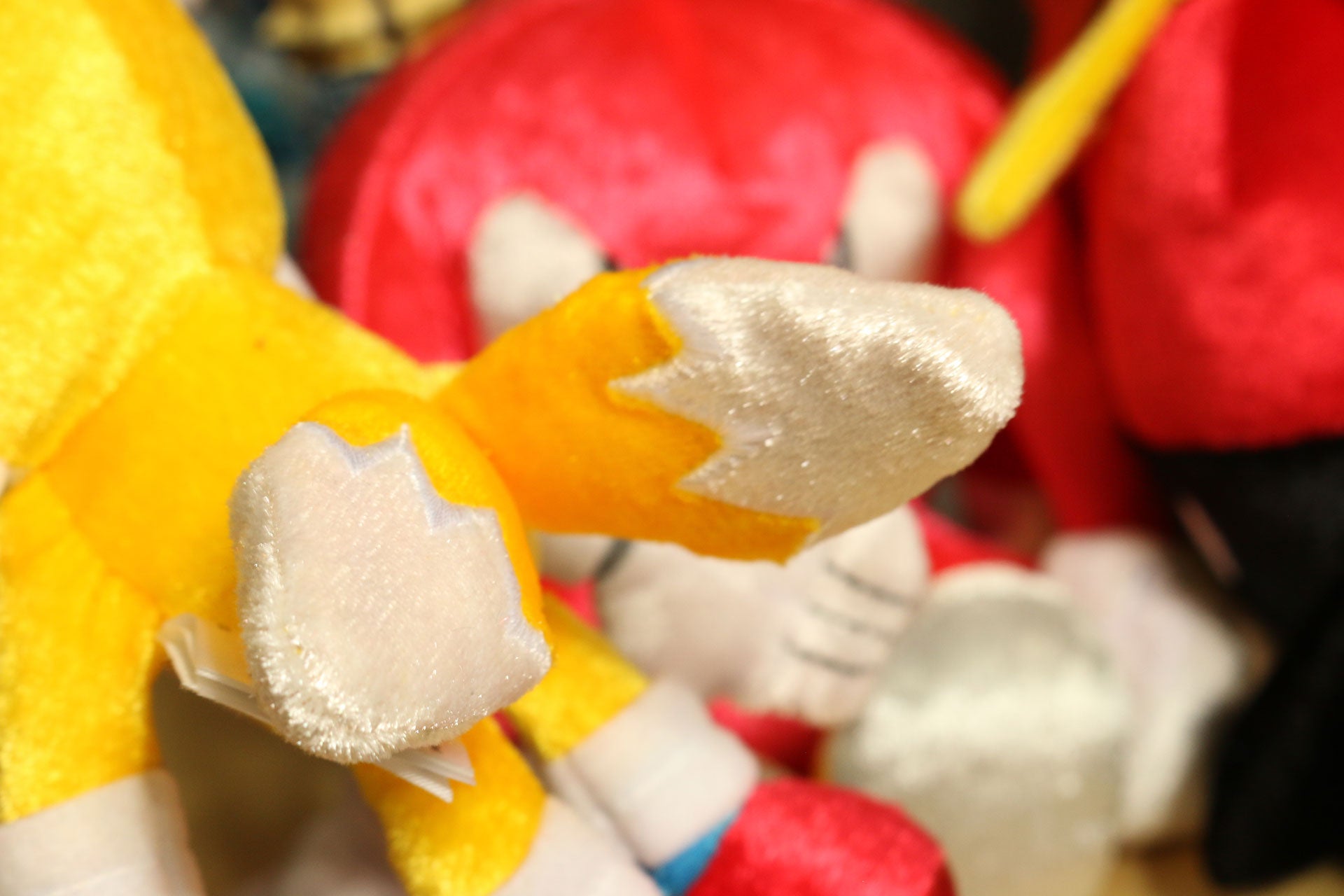 Not just an excuse to take a picture of Tails’ butt, I promise. Two tails for Tails. That is the proper number of tails for Tails. Any more and the Naruto people start sniffing around, and his 25th anniversary isn’t until 2024. 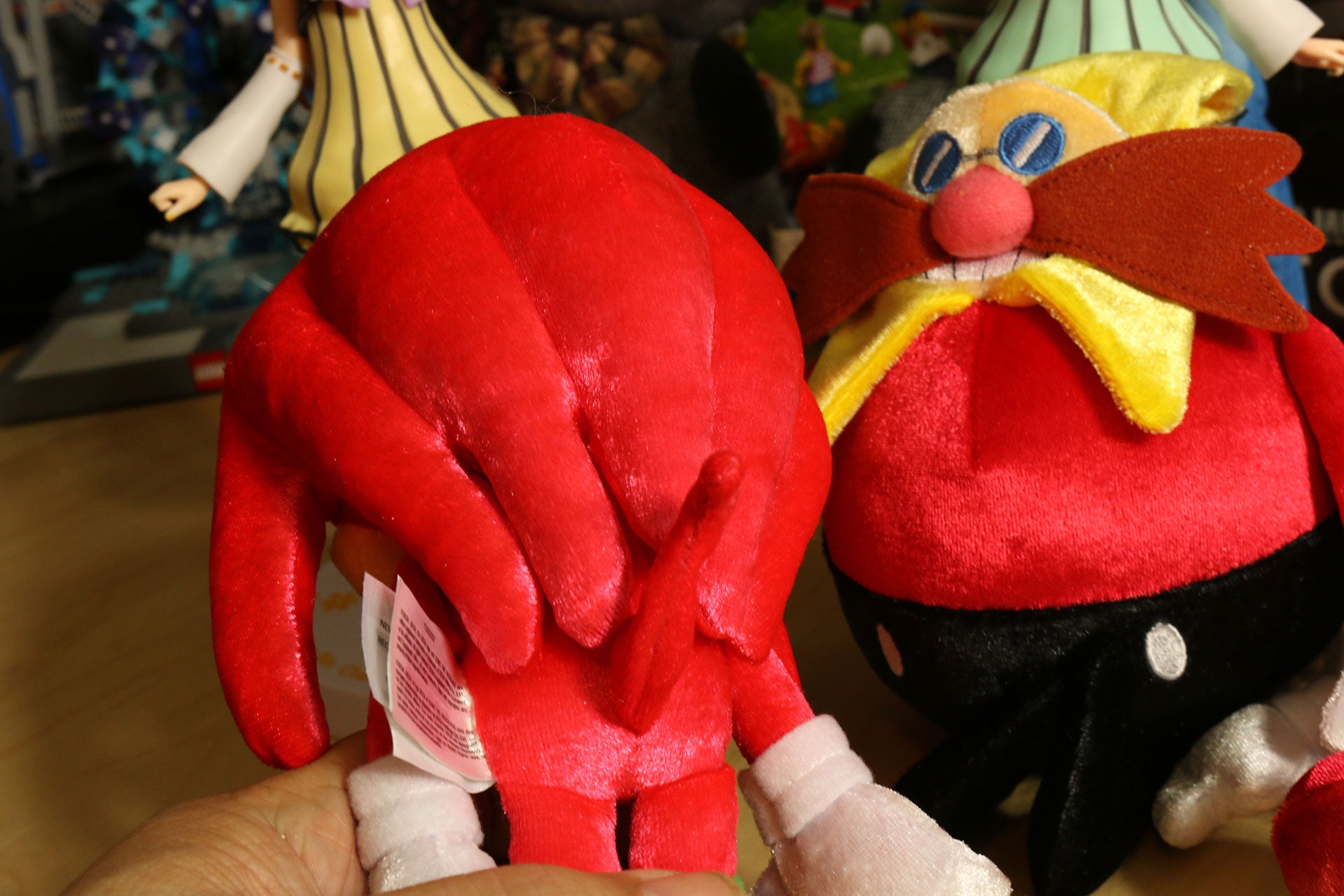 This one was just an excuse to take a picture of Knuckles’ butt. Seems fine. Spikes on the head, two on each fist and a tail like an echidna. To this day I wonder why Knuckles does not have a long snout used to eat ants and termites. He’s letting down monotremes everywhere.

Tomy’s 25th anniversary Sonic the Hedgehog 20cm plush collection is a set of four fine representatives of a simpler time in gaming. Back when companies like Sega didn’t take huge chances on innovative gameplay and design, sticking to the formula that brought them success in the first place.

I’m not saying it was a better time — for all the ragging done (admittedly often by myself) on modern Sonic games, there have been several that I love even more than the original platformers. It was just a little easier on the nerves back then. Cuddling several plushies replicates that feeling nicely. 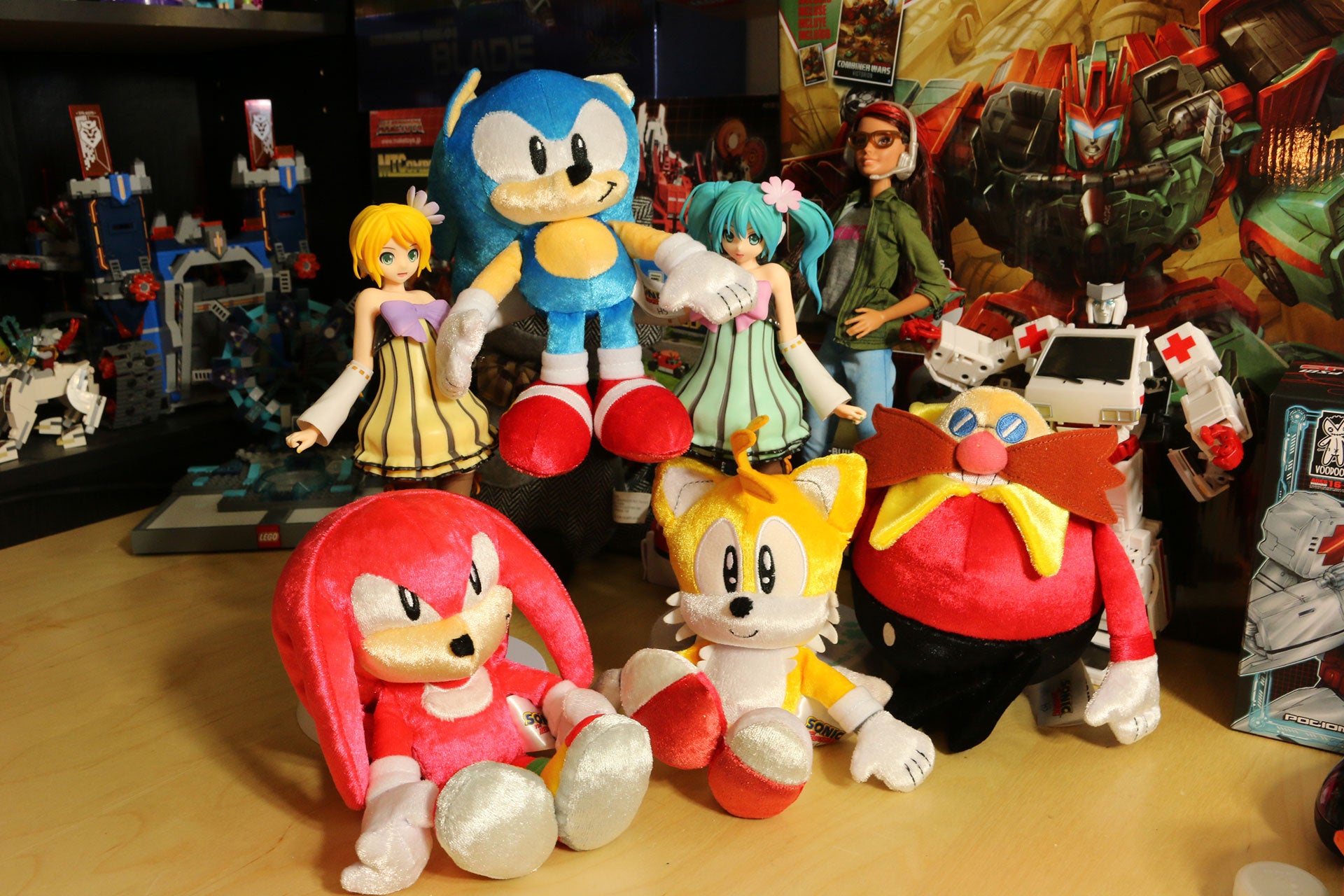 Tomy’s Sonic the Hedgehog 8″ 25th anniversary plushies should be available now at Sonic-loving toy stores across the country for $US14.99 ($20) apiece.