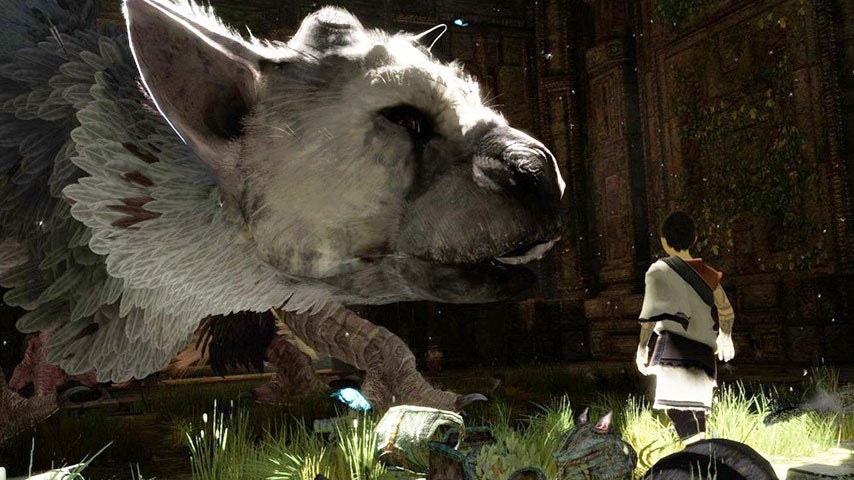 Here's something I thought I'd never get to say: I've played 30 minutes of The Last Guardian. As with many others, Ico and Shadow of the Colossus rank as some of my all-time favourites. The endlessly delays behind designer Fumito Ueda's follow-up, The Last Guardian, have been frustrating for a variety of reasons. Most obviously, I've wanted to play The Last Guardian and see what's taken so long! But secondly, the delays have seen Ueda's voice absent from game design for too many years.

(You could make an argument this isn't entirely true, however, as Ico and Shadow of the Colossus have profoundly influenced a great many games.)

I'd made my peace with The Last Guardian never coming out, the same way I've reluctantly accepted Valve may never ship Half-Life 3. So when Sony revived The Last Guardian, making good on their endless promises the project wasn't dead, I had a mixed reaction. Is it even possible for The Last Guardian to live up to expectations? This is not merely a new game, it's a unicorn in gaming form.

So, the big question: How is it?

I don't know. That's too big of a question to be answered in the time I had, and it's not something we'll know until the full game is out in October. I can tell you that it's a game, it's playable and I finally believe it will be released on PS4. There aren't many games where that statement carries as much weight as its quality.

Sony was allowing me to play the first chunk of the game, a slice that seemed to be from the opening sequence. It took me about 30 minutes, while others took as long as 45 minutes, depending on how quickly they worked through puzzles.

It opens with a montage of creature drawings that become more and more bizarre, ending with the game's featured beast, the bird/dog-like Trico. Your character, a young boy who, if you squint, looks like the kid from Ico, has found himself trapped in a cave with Trico. The boy is covered in strange tattoos, but unsurprisingly, he's a little more concerned with the man-eating beast nearby.

Within minutes, the game begins establishing a relationship between the boy and Trico. The creature is injured, hungry and understandably angry. When you manage to remove an arrow from Trico's body, the creature wails in pain, accidentally whipping you against a wall and knocking the boy unconscious. Hours (days?) later, you awake and resume trying to help Trico, this time by finding barrels full of food in the areas around you. In line with previous Team Ico games, you navigate the world by jumping, hanging and climbing things.

When you're able to satiate Trico's hunger, the beast lets down their guard, allowing you to remove a second arrow. The boy is eager to return to his village, and begins plotting a way out. Every exit, however, is higher than he can reach, even by climbing. Thus, the boy and Trico must start working together. You tap circle to call Trico over. By default, Trico will walk over near you, but it can prompt other contextual actions. The context isn't always clear, though, leading to some frustrating moments where you're not sure if the answer to a puzzle is getting Trico to move a couple of metres closer or if you should be doing something else. 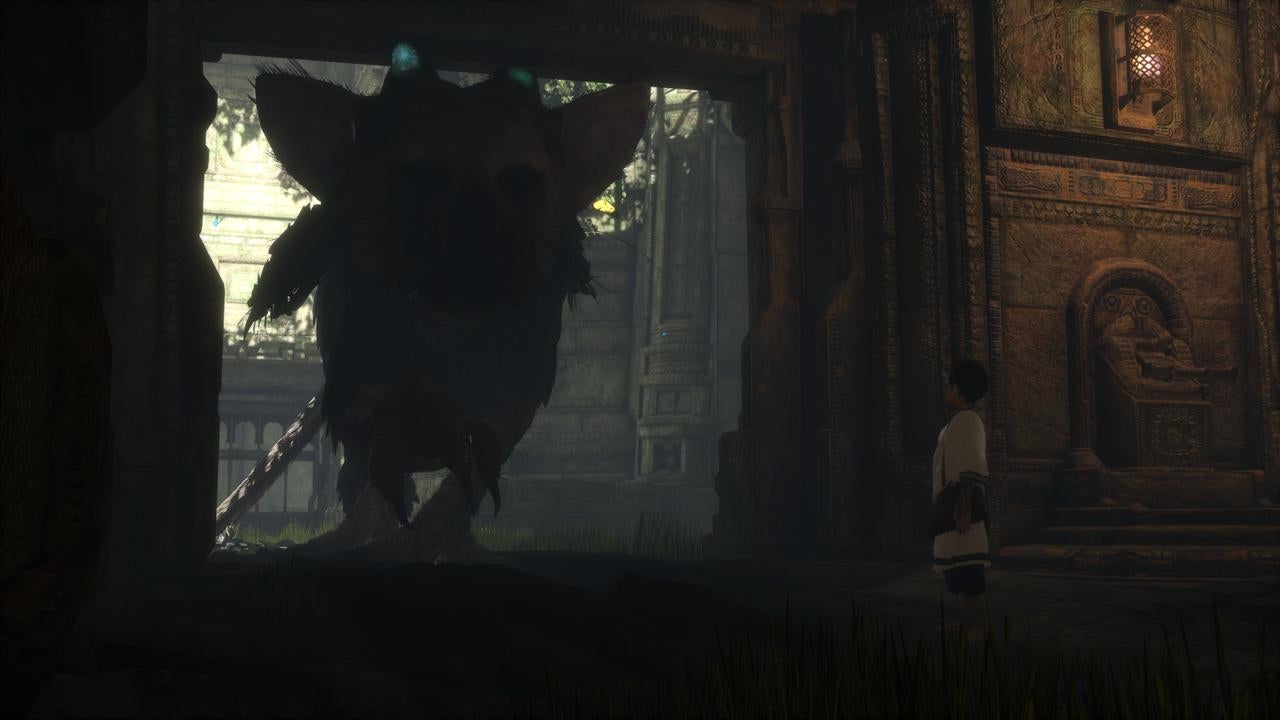 It doesn't take long to come across a curious object that projects light, an object much more powerful in the presence of Trico. When you point it around, Trico's tail becomes electrified and capable of great destruction, letting you destroy walls to clear a path forward. This trick was deployed several times in the demo.

Given that it's the early moments of the game, the puzzles are ridiculously simple, and likely not indicative of what you'll get up to a few hours into the game. What I found myself focusing on was the interactions between the boy and Trico. Like Ico, their bond gives this adventure weight, and while it's too early to say whether The Last Guardian succeeds in making you care about the two of them, I can say that it was a joy to watch them playfully interact.

There are two examples that stand out in particular.

One, when you're trying to feed Trico for the first time, if you approach the beast with food in-hand, he unleashes a terrifying scream in protest. Instead, you need to drop the food near him, walk away and give him space to calm.

Two, as you're leaving the opening area, an underground lake appears. It seems Trico is afraid of water (possibly because of his electric tail?), and won't follow you any further. Fortunately for the boy, there's a stash of food hidden away, and if you toss one of them in the water, Trico will spend a hilariously uncomfortable amount of time wondering if they should jump in the water. Trico will put one of their feet forward, feel some rocks fall into the water, then back off. Then, they will notice the food bobbing up and down and reconsider their decision. Eventually, hunger trumps all, and Trico dives down, gets soaked and lumbers over to the food barrel. One hopes the game is full of such moments.

The demo concludes with the boy escaping into the wider world, ready to leave Trico behind. Trico's not ready to say goodbye, though, and busts through an opening to join you. The boy figures his village is around the corner, and soon learns this is hardly the case. Wherever they are, it's going to take the two of them to escape. The game then faded to black, and it was time for me to leave.

The Last Guardian is an utterly strange game to write about, and I don't envy anyone who has to review this game later this year. How can The Last Guardian ever live up to the hype? Is that the game's fault or our fault? Is the worst fate for Ueda's latest creation that it's not terrible or amazing, but merely OK?

With a mixture of anticipation and fear, I'm looking forward to finding out, but at the very least, it's heartening to know we'll have an answer in a few months.