The Mystery Of What The Resident Evil 7 Teaser Hides

Yesterday, a Resident Evil 7 teaser was uploaded as a free demo on PSN. The whole thing lasts maybe 20 minutes, tops. Lots of people have played the demo multiple times, searching every nook and cranny — but many believe they have yet to find every secret.

To get this out of the way: The demo has more in common with games like P.T. than it does more recent Resident Evil titles. There’s not a whole lot of action, really: Most of what you do is explore a house in first person, and you solve puzzles (or if you’re like me, you freeze somewhere for ages in terror because you totally heard a weird sound).

To be more specific, you play as a camera man who breaks into an abandoned house with the intent of shooting a movie, only to have someone — or something trap you inside. It’s not 100 per cent clear if these things are traditional zombies, but they’re certainly not human.

As you search through the house, you come across a variety of different objects you can’t immediately interact with, like a VCR: 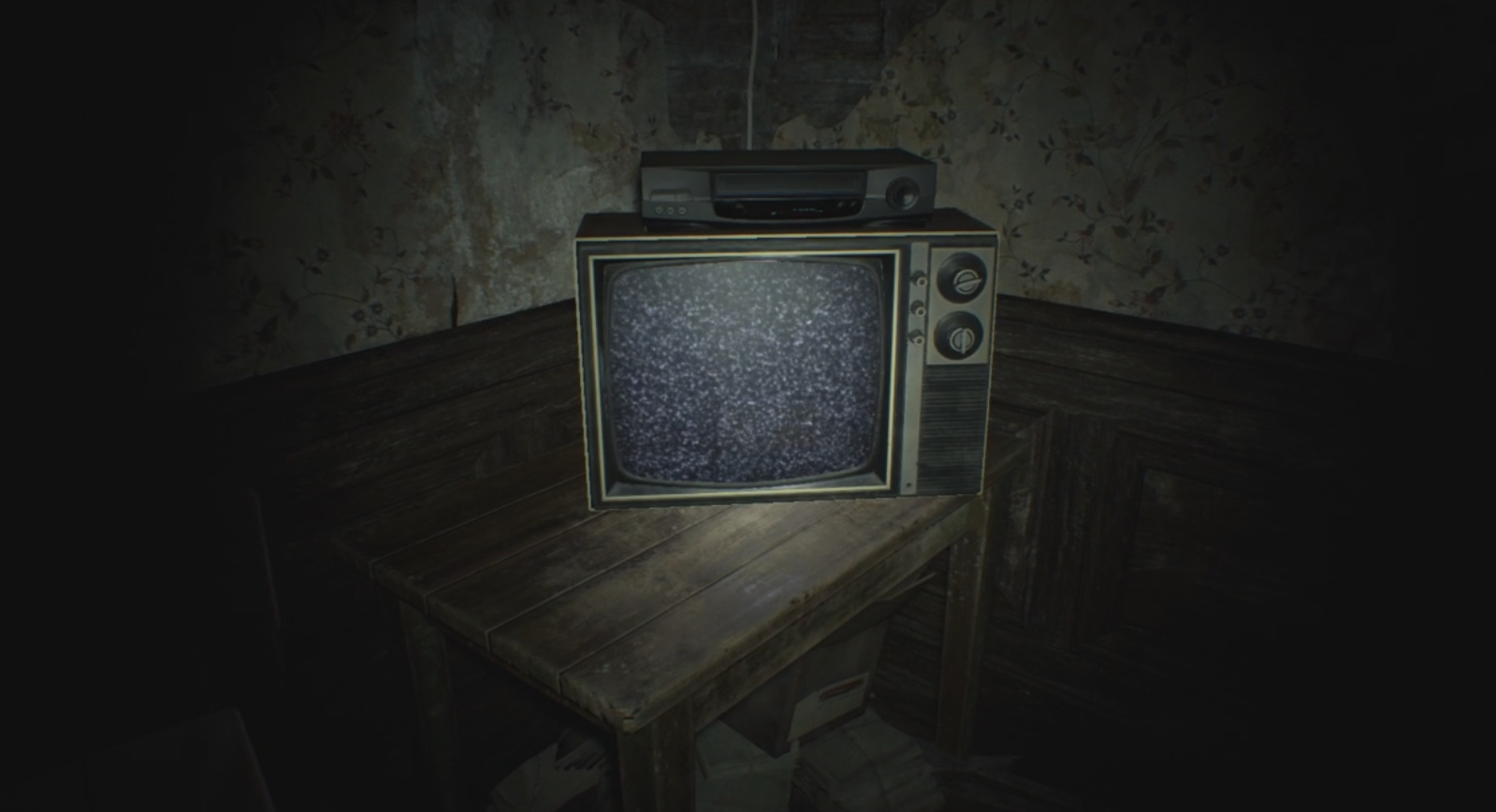 But the more you dig into the house, the more proverbial keys you find, the more you can backtrack and mess around with stuff. It’s actually really easy to get stuck if you’re not observant enough, but there is a way to “beat” the demo — or at least, get an ending. There are actually a few different endings, depending on what you do. I got the one where you use the key to leave through the back door, but there are others, like using the fuse to go upstairs. All prompt you go to sign up for the Resident Evil’s Ambassador Program.

Here is where things get juicy: Every known ending at the moment uses the items you find (the key, the fuse, the axe)… with the exception of this thing: 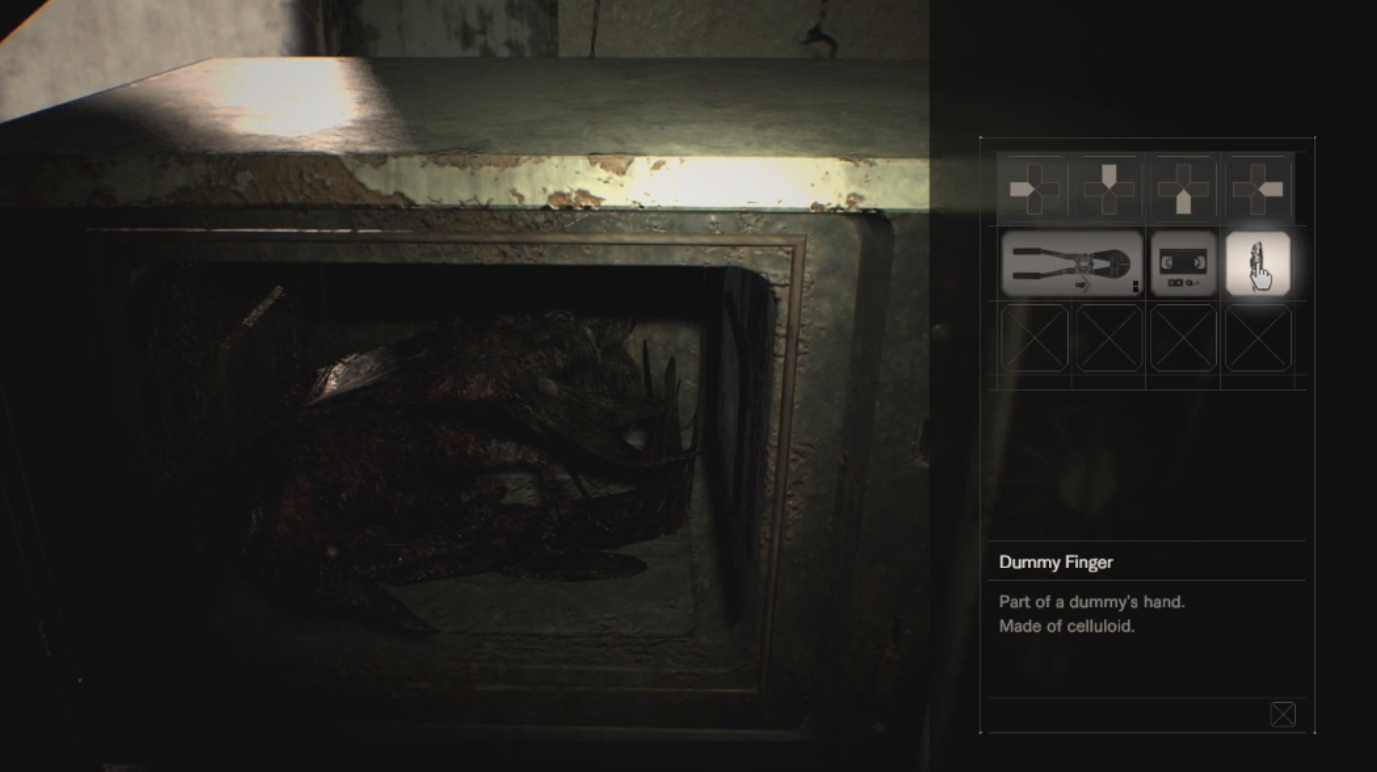 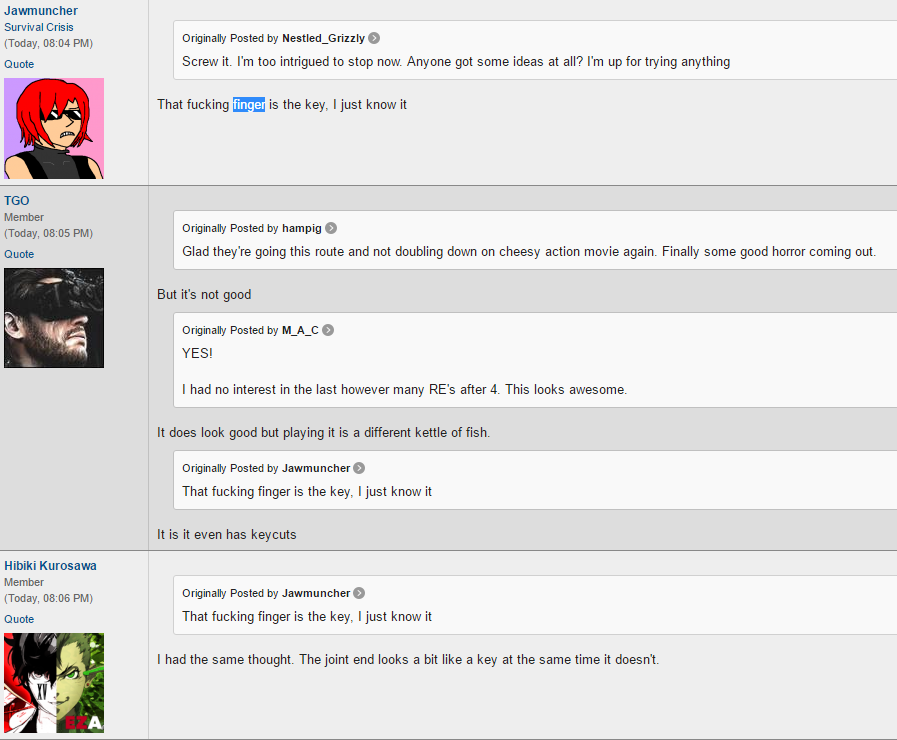 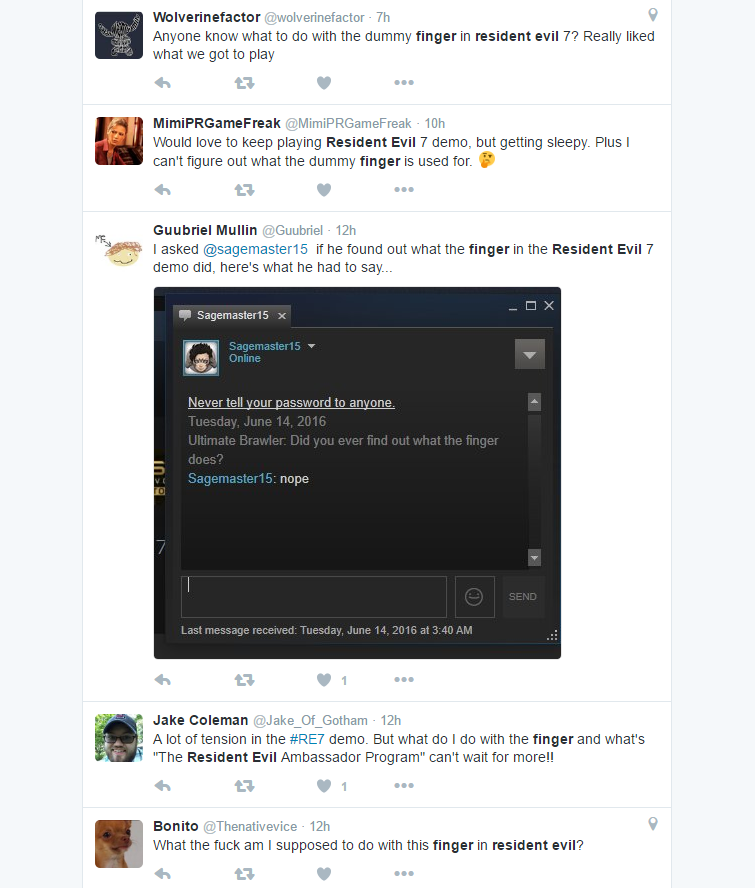 I’ve also seen some confusion as to what to do with the axe, though it seems to me that you just need it so you don’t get attacked during the phone call. Also, to chop up some mannequins. (Though only some can be destroyed?) Its possible the axe has more uses that nobody has figured out yet, however.

Right now, most people are racking their brains trying to figure out what to do next. So far, that’s meant some hilarious experimentation, like trying to put the finger in the microwave. Some people are also trying to figure out if there is a way to escape the house without getting whacked by zombie dad, though that’s proven to be a dead end so far. Is there actually a use for the finger, or is Capcom just fucking with the fans? Because that would be hilarious.

Whatever it is, people are still playing — and the more they play, the more they discover small secrets. Like who the hell is this woman who appears multiple times throughout the game? I totally missed her on my playthrough, though other players have managed to document her.

This is what I mean when I draw a P.T. comparison: There is an element of repetition, as people play over and over again in the hopes of finding new clues. For some hardcore Resident Evil fans, this deviation might seem like sacrilege. Others may feel that they are like, totally over the P.T. frenzy, and that it’s lame that another game is trying to ape it. The idea at the heart of this demo may not be novel, but hey. I’m having fun with it anyway.

If you have any theories about the finger, or manage to make a breakthrough in finding new endings, leave it in the comments below.

Oh, and if you’re having trouble: Here is how to find the fuse, keys and the axe in the Resident Evil 7 demo, courtesy of AceBoogz Gaming. Spoilers!