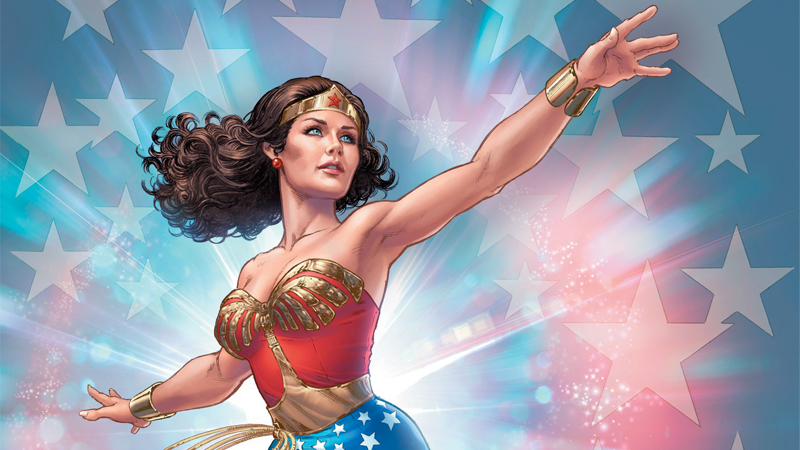 There are so many different versions of Wonder Woman, but one still stands for many as the definitive Diana: Lynda Carter's iconic portrayal in the Wonder Woman TV series. For the past few years, DC has been telling new stories in this universe as Wonder Woman '77, and we sat down with series writer Marc Andreyko to ask him why this take on Wonder Woman is still so fabulous in 2016.

Kotaku: For those who've been missing out on the book, tell us a little about Diana's current adventures in Wonder Woman '77.

Marc Andreyko: The comic book series takes place during the original show's run, but with the luxury of using villains from the Wonder Woman comic's rogues gallery as they would have appeared on '70s TV.

What's the reaction been like to you getting to tell more stories this year?

Andreyko: My reaction has been "Great!," and I think readers have dug the stories I've written thus far. Plus, working with talented artists like Cat Staggs, Jason Badower, and Tom Derenick (on my next story) is always fun. 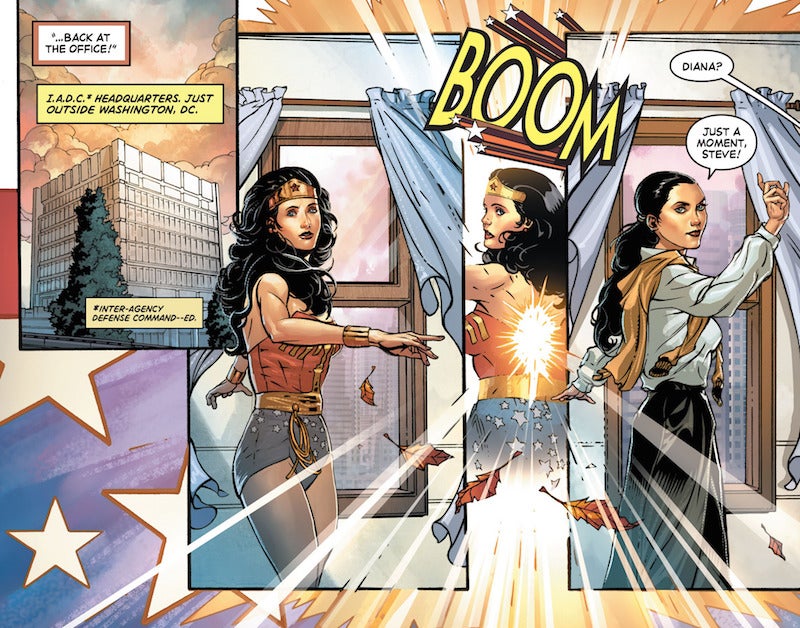 Wonder Woman '77 has to balance being a faithful follow-up to the show while also being a comic book for modern reading audiences. Have there been any challenges in trying to balance retro style and new stories in that regard for you?

Andreyko: I don't really write thinking "retro," I just immerse myself in the show and try my best to capture its voice. I think if I tried to be "retro" it would come off as forced campy or a bad TV sketch. The balance is inserting things from the show's era without making it all about "Oh, look! A pet rock! A lava lamp!"

Some of DC's best Wonder Woman stories lately have come from the digital series like this and Legend of Wonder Woman. What is it about doing these spinoffs that really lets the character shine in comparison to the traditional monthly series?

Andreyko: Being unencumbered by the monthly serialized continuity certainly frees up the stories for me. I can focus on writing this Diana/Wonder Woman without having to be worried about being consistent with her appearances in Justice League or whatever big event is happening. And at the same time, we can cherry-pick villains from Wonder Woman's history and reimagine them. It's a win-win. 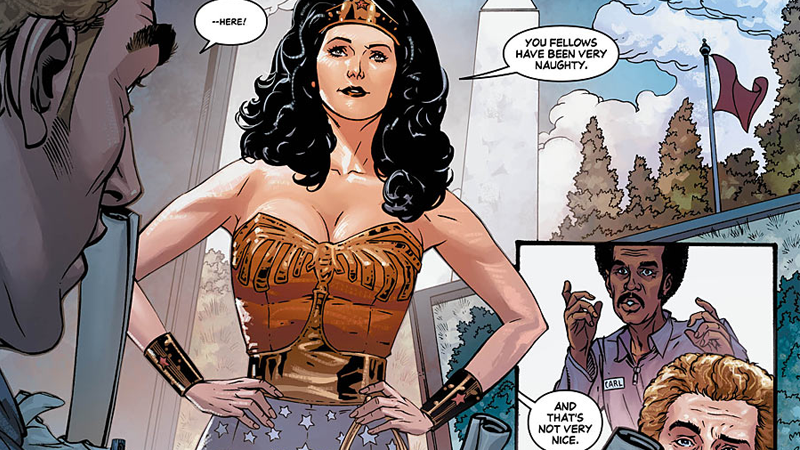 If there's one aspect of Wonder Woman that you think defines this version of the character, what would it be?

Andreyko: Hmm, that's tough — but, ultimately, I would have to say her respect for life. Born in the ancient Greek culture, defined a lot by violence, this Wonder Woman uses violence only as a last resort. She respects all life. Writing stories with a heroine who prefers to reach out with an extended hand instead of a closed fist is refreshing and challenging.

What's been your favourite villain or concept from the more recent comics to "77-ify" so far?

Andreyko: Turning "Silver Swan" into a disco diva, hands down!

Can you offer us a tease about where you want to take the series in the future?

Andreyko: I would love to do stories that are follow-ups to actual episodes of the series and use more characters from the show. And there are lots of comic book villains I'd love to "77-ify"! 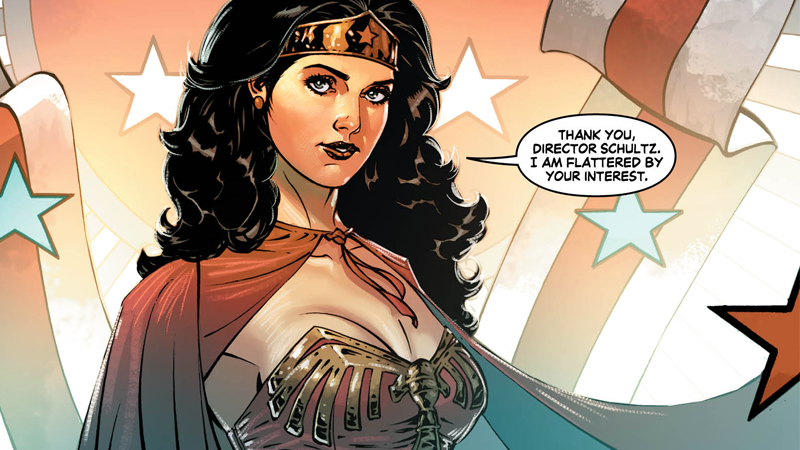 What is it about Lynda Carter's take on Diana that still resonates with fans of Wonder Woman, all these years later?

Andreyko: Lynda Carter treated the role with the same respect and care that she would have if she was playing Lady Macbeth or Amelia Earhart. There was no looking down her nose because Wonder Woman was a comic book character. Even more than that, Ms. Carter took and still takes her Wonder Woman legacy very seriously. She is a role model — not just to girls, but to all of us — to try and be the best person we can.

The first paperback collection of Wonder Woman '77 is available now.