Blizzard is suing German company Bossland over its sale of an Overwatch cheat program called Watchover Tyrant, which does things like reveal enemy player locations on a radar.

As TorrentFreak report, this isn't the first time Blizzard has gone after Bossland; the two have had a long-running battle over cheat programs in games like World of WarCraft and Heroes of the Storm.

In the suit, Blizzard says Bossland's cheats are "continuing to cause, massive and irreparable harm to Blizzard" by violating its copyrights and terms of service, potentially causing players to stop playing Overwatch (or not buy it in the first place) and of doing so with the full knowledge that what they're doing is illegal.

For an idea of what exactly Watchover Tyrant does, here's a screenshot of an early version's settings: 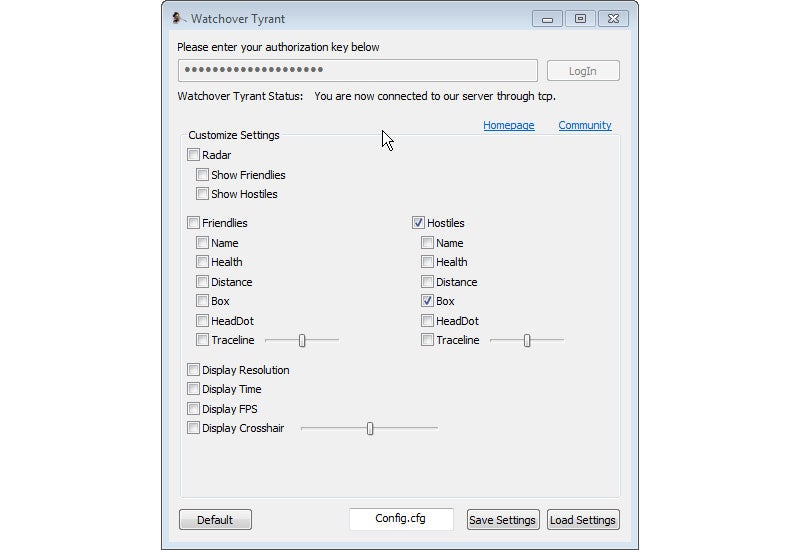 So, yeah, it's basically a dick move simulator.

While it seems a fairly straightforward case, Blizzard vs Bossland has anything but a straightforward history. Earlier this year Blizzard had to pay legal costs for a case it lost against the cheat makers, and Bossland's CEO Zwetan Letschew says that because this suit is being filed in California, any decision will lack the jurisdiction to punish his company, which is based in Zwickau, Germany.