Capcom Finally Says Something About The Resident Evil 7 Demo's Finger 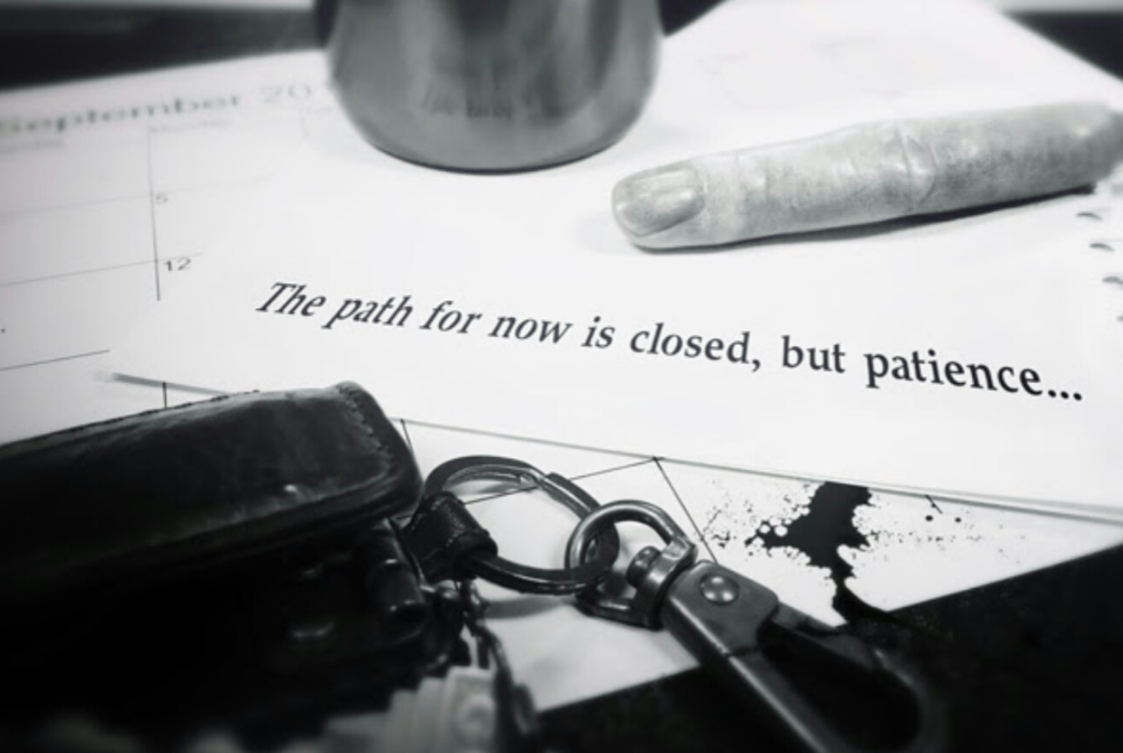 Capcom has officially acknowledged the uselessness of the finger in the RE7 demo, according to a teaser sent to folks who signed up for the ambassador program. Does this mean that the demo will get an update of some sort? Here's the full picture, for those of you interested: 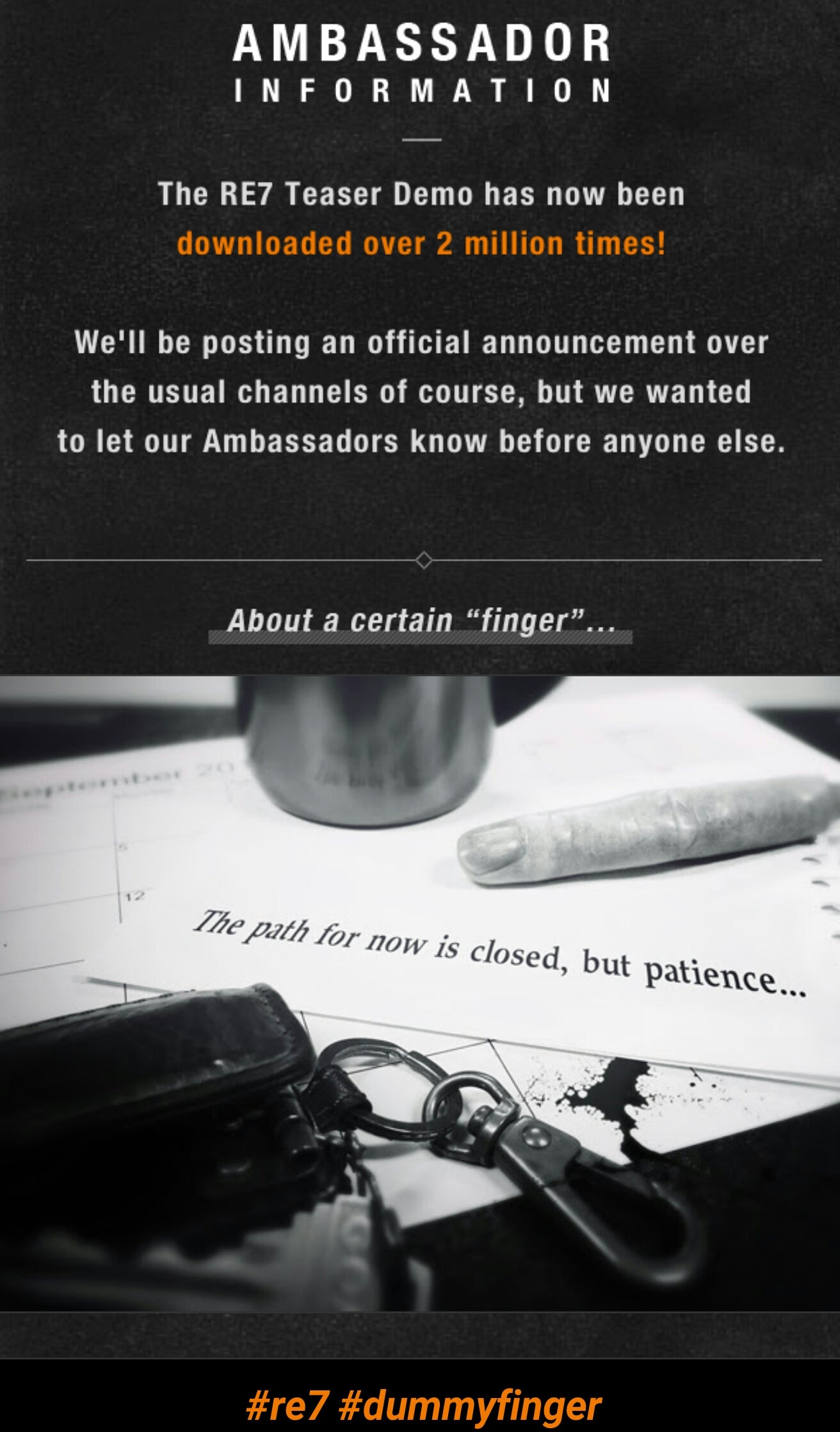 For those of you who are completely lost, it might be worth reading this. But basically, the Resident Evil 7 demo was frustrating players because there were a couple of items, like the finger, which seemed to have no use. Resident Evil fans basically went nuts trying to figure out if maybe there was just some complicated P.T.-like solution to using the items, to no avail. Things got particularly hopeless for players after a couple of weeks of no official comment by Capcom.

Sorry, folks that were banging their head against the Resident Evil 7 demo for ages trying to figure out a use for the finger. Capcom kiiiind of trolled you with a totally useless item — this is the confirmation — and it sucks that the solution seemed to be tied to the number of downloads, but hey. It's something, I guess.

We'll keep you posted as soon as we know more.

Thanks for the tip, Chris!