Hyped with the new Geforce 10 series, but supported by everything from the GTX 680M up, Ansel is a set of tools that gives players access to advanced camera controls and image filters. At its most basic it’s the photo mode many modern console and PC games have started including. But it’s a little more than that.

Ansel is coming soon to The Witcher III, at which point I’m sure our resident Witcher Luke Plunkett will be happy to show you around that world. For now it’s only available on Mirror’s Edge Catalyst, so I hopped in and took a few shots. First off, here’s a video of me using the feature. Note that the overlay does not record in my capture program.

Hitting Alt-F2 in the game pauses the action at any moment — even in mid-battle — and brings up the Ansel control panel on the left. 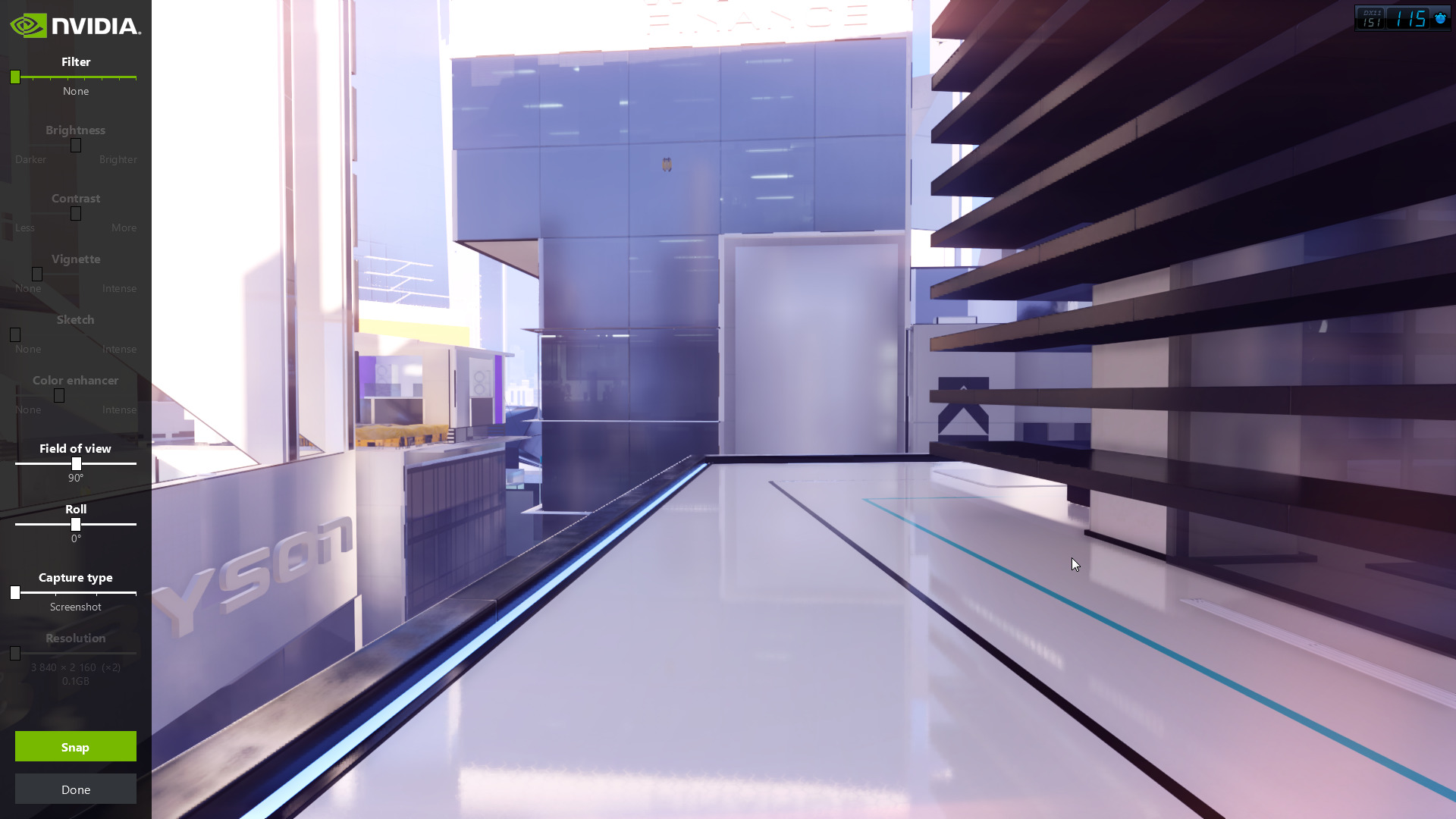 The immediate benefit for a first-person game like Catalyst, is being able to pull away and see Faith in third-person view, exploring the details of her character model we never get to see. Zoom in close on her face… 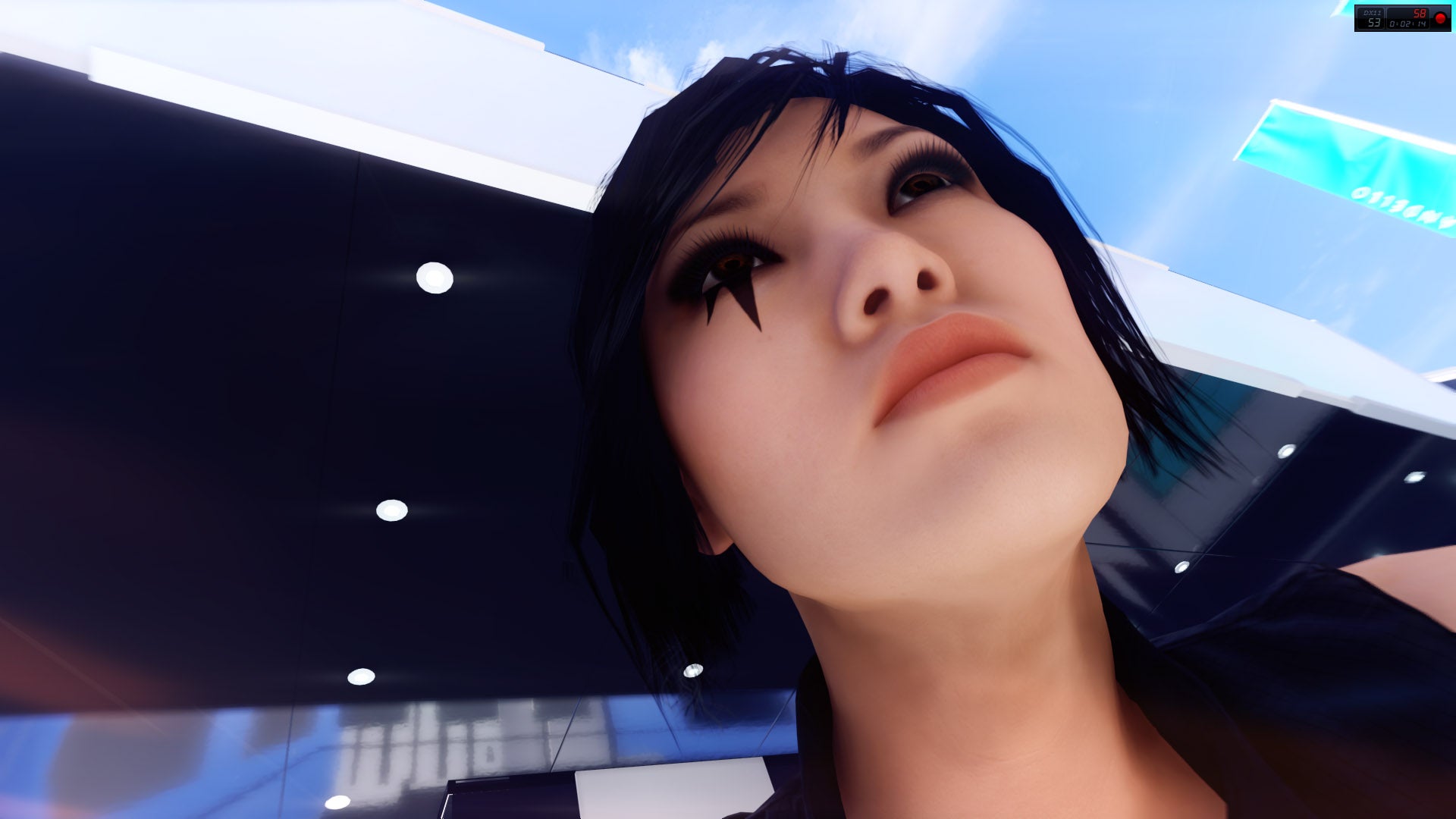 …but not too close on her face. 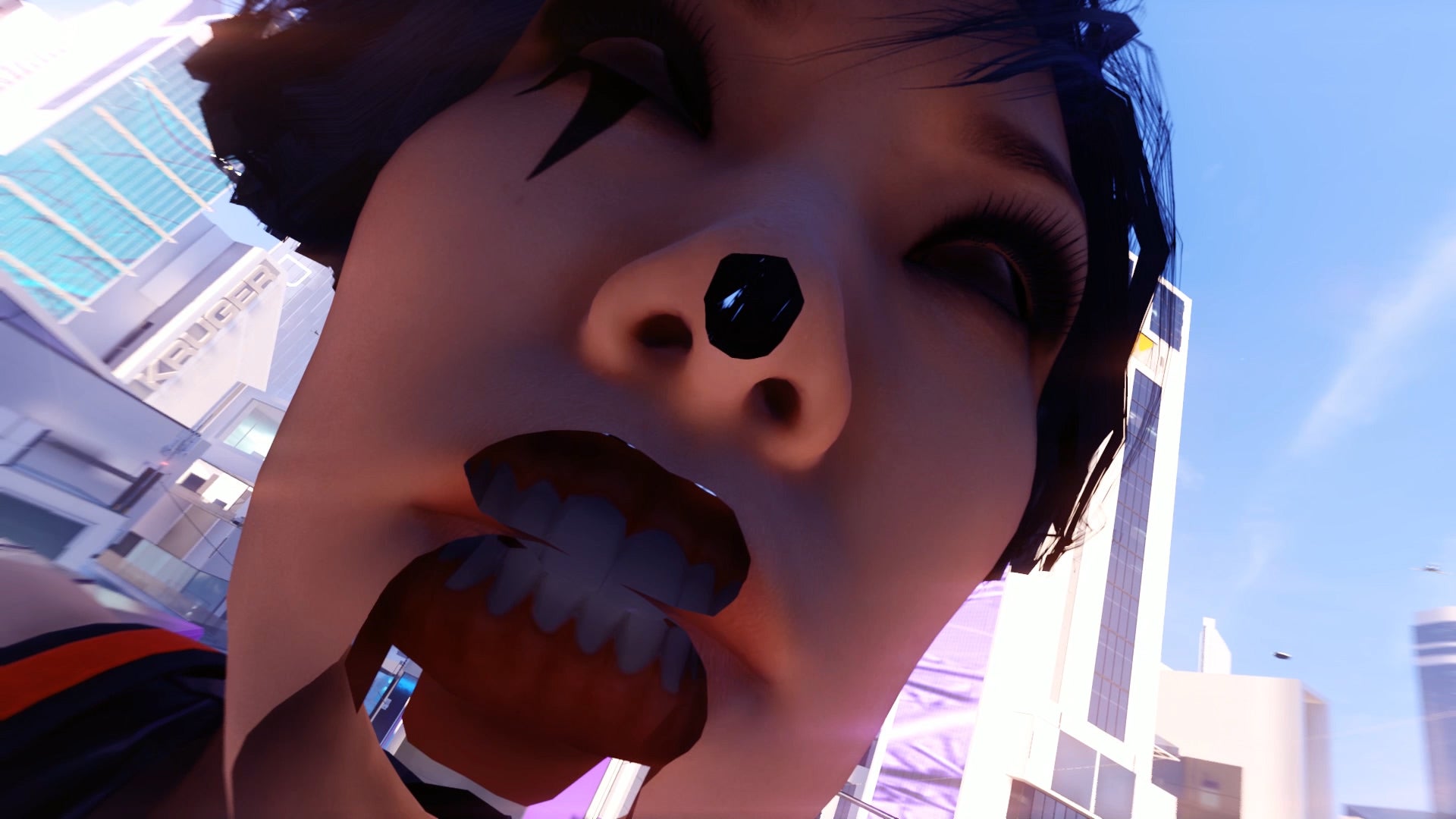 You can circle around Faith, capturing her running for from every angle, adjusting the camera roll and field of view for a more dramatic, and energetic scene. 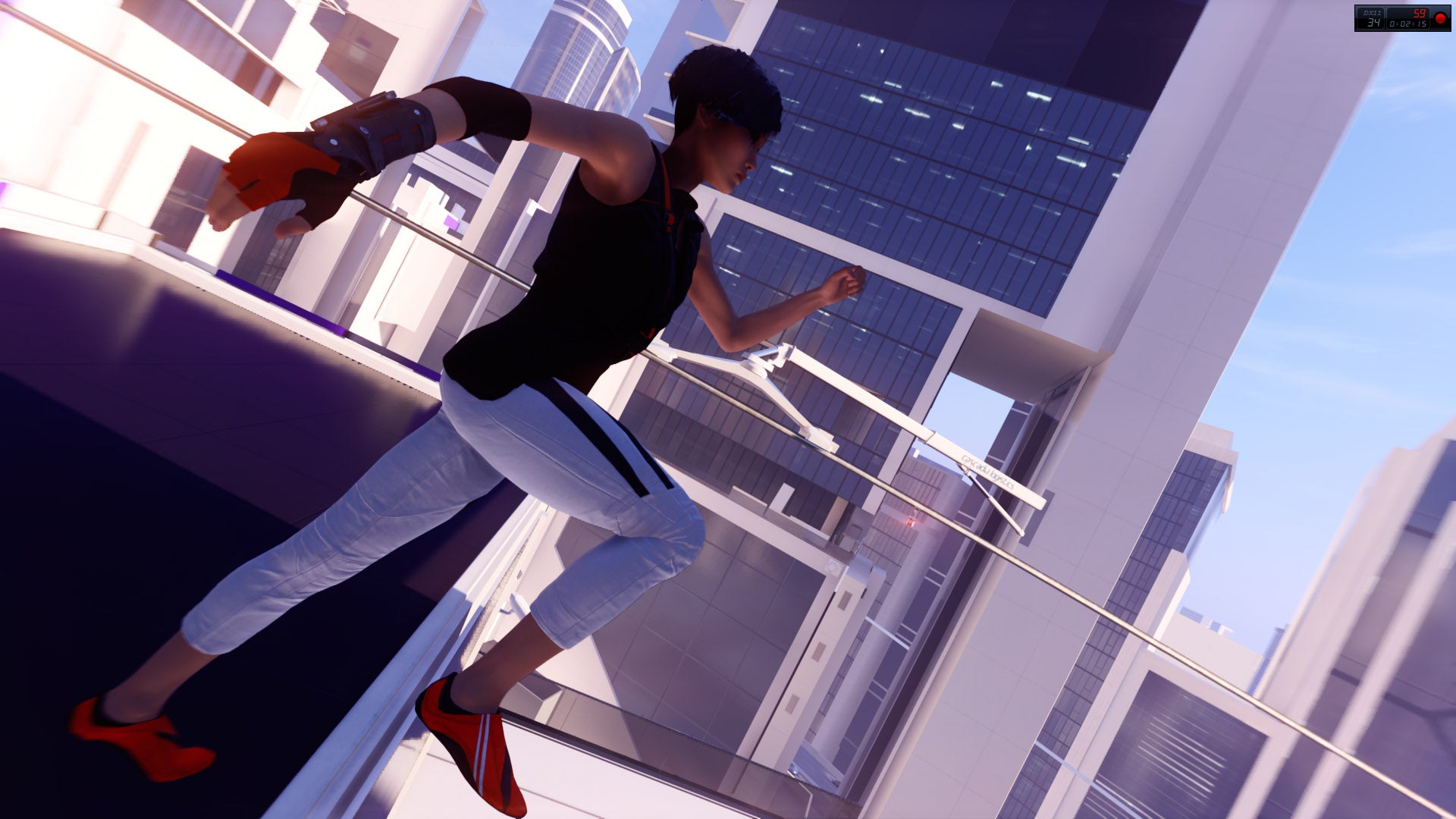 Work those camera controls and fiddle with filters and you can create some wonderful imagery from a frozen moment in game time. 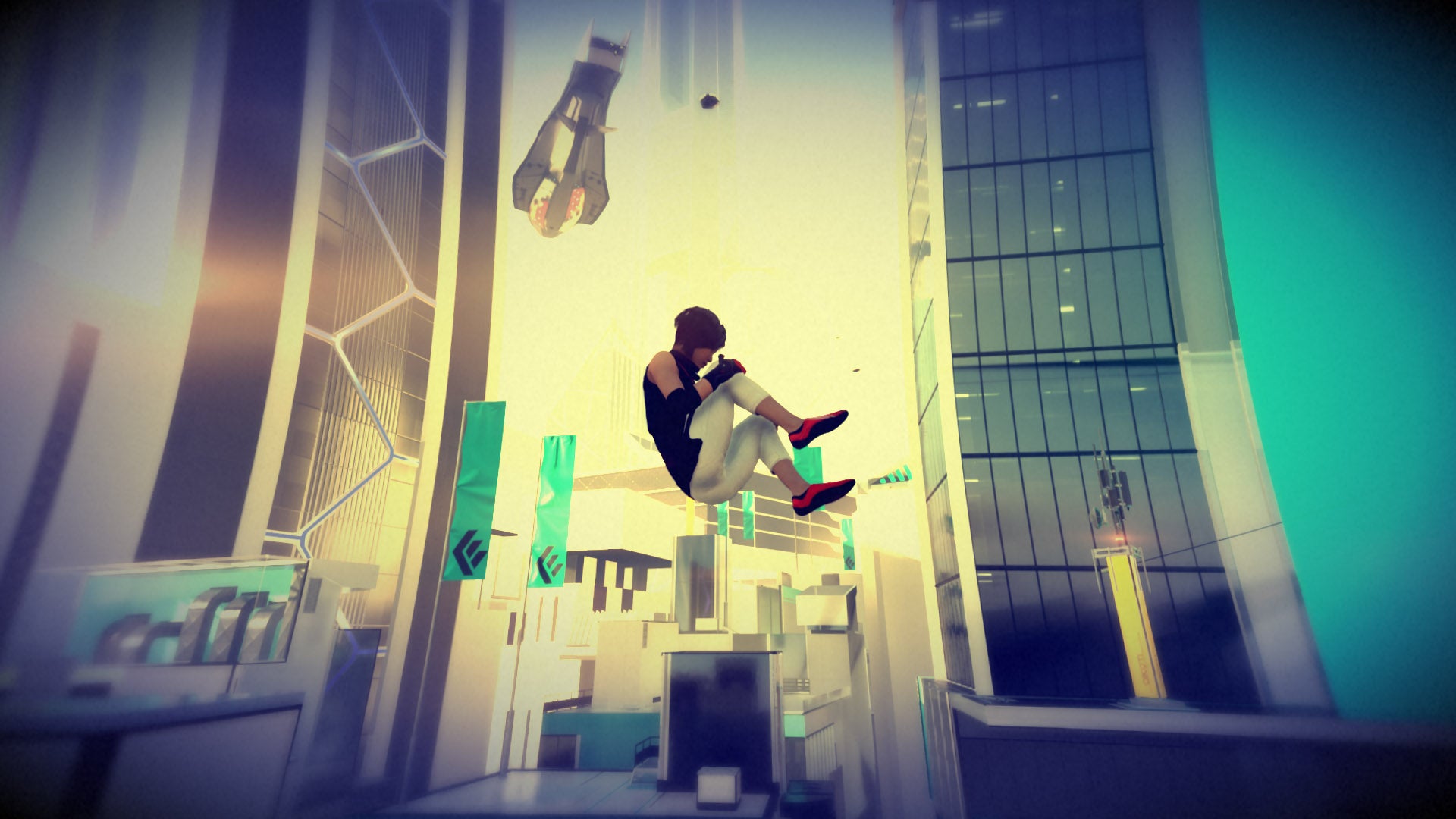 Even when Faith is falling to her imminent doom. 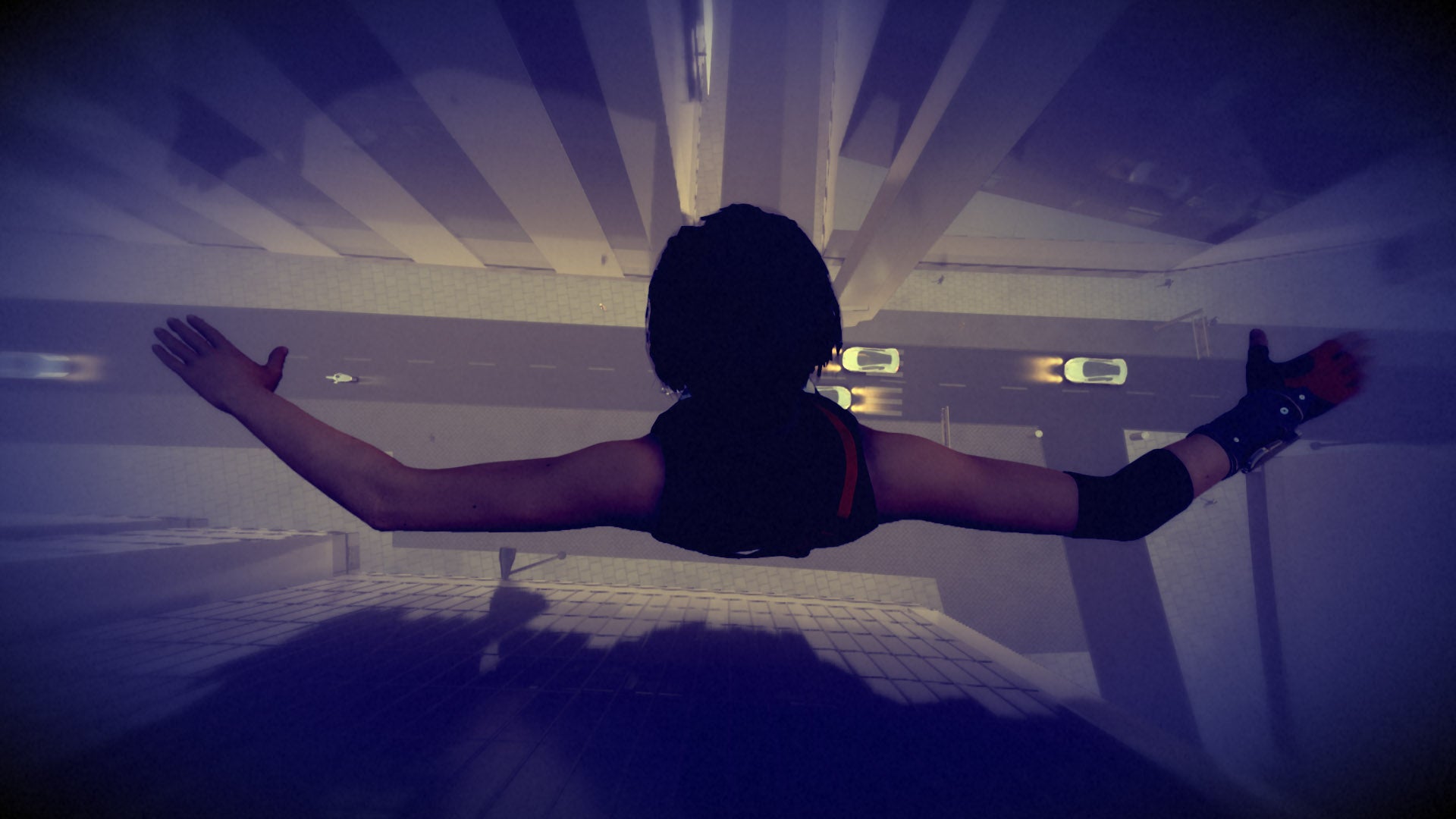 For some reason I keep catching her in mid-tuck. 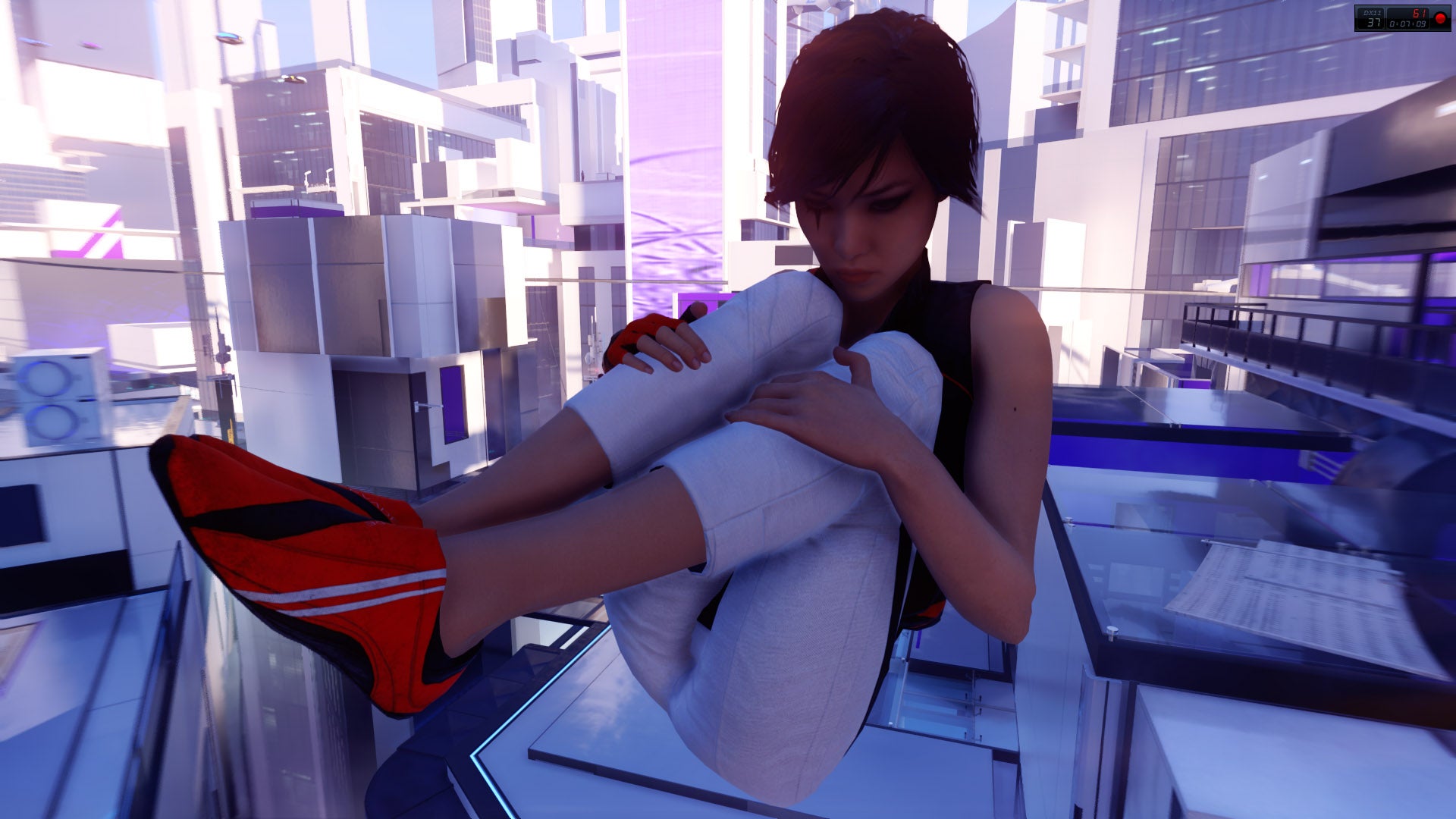 You don’t have to focus on Faith, either. Players can move the camera however they please within a radius of the scene, exploring the bits of the world they hardly, if ever, get to see. Like the underside of this weird hover machine. 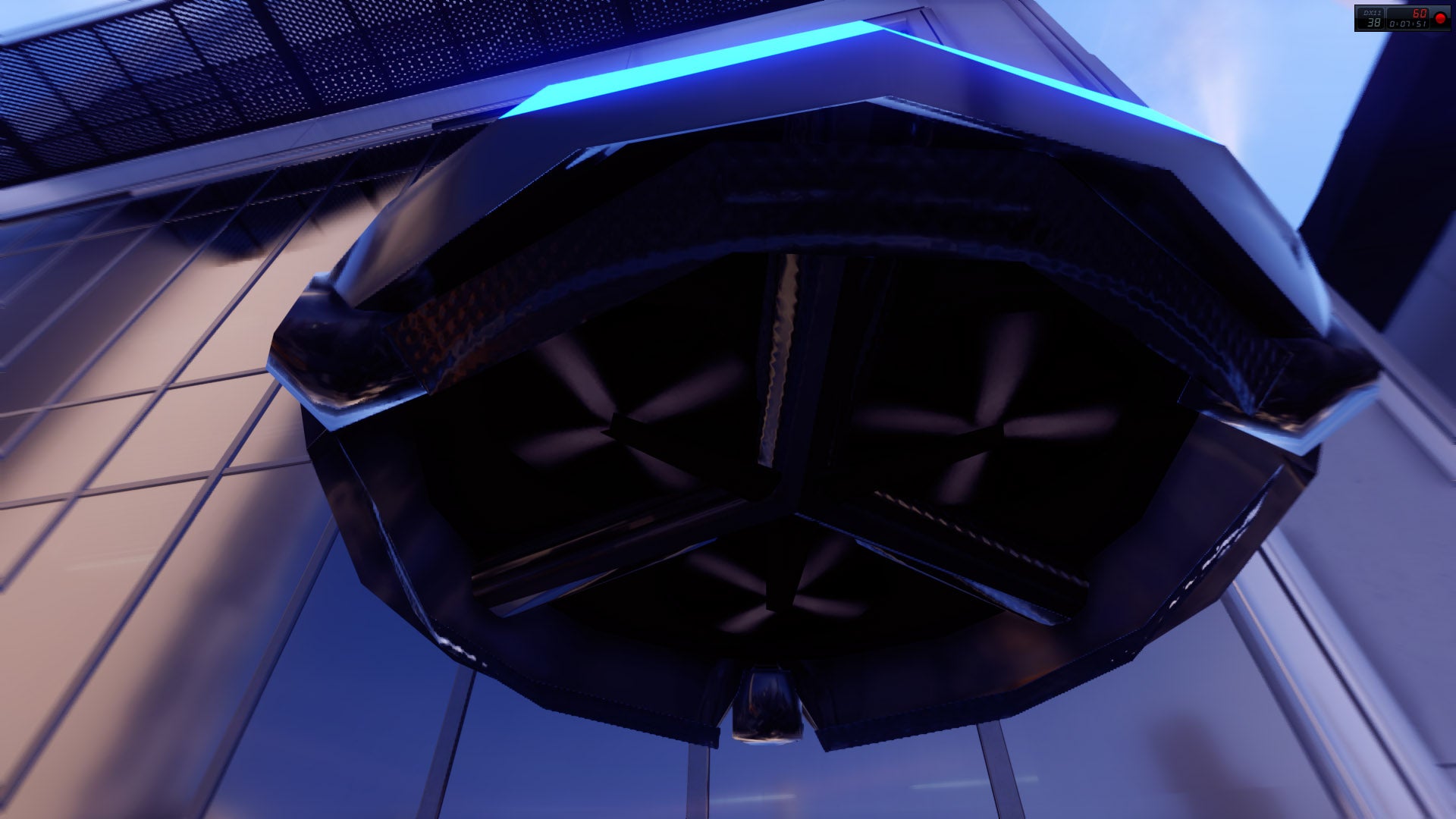 It’s not only a tool for folks that like to take pretty pictures, Ansel is also a boon for people who want to gain a look behind the scenes at some of the shortcuts that go into making a visually complex game look busy. Those drones look nifty buzzing about, but frozen in place underneath they’re kind of crap.

The most unique ability of Ansel is taking 360 degree shots of game environments. It’s also the hardest to demonstrate, but I’ll give it a go. With the press of a button, players can save a 360 degree shot, either flat or stereoscopic, perfect for viewing with a VR headset.

Pretty nifty, no? Now imagine that, only in The Witcher III, a game more people care about! Or hell, every game with a massive 3D world, for that matter.