How Blizzard Is Trying To Fix Overwatch's Toxicity Problem 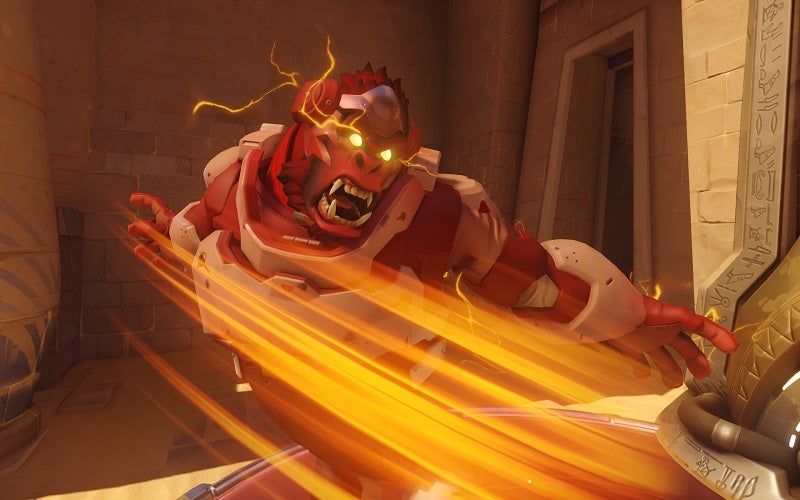 When Overwatch first launched, people were remarkably non-shitty to each other as they joined hands/mecha gorilla paws and entered a world of bright colour and positivity. Now that the game's been out for a bit, however, things have taken a turn. In my experience, Overwatch is still significantly less infected by The Toxic Plague than many other popular multiplayer games. However, with time and understanding come expectations. And with expectations comes a marked decrease in patience and tolerance. People tire of players who don't know it all, or who won't cooperate, or who think Reaper is at his best as a frontline-rushing ult ballerina.

"It's a big concern for us," Overwatch director Jeff Kaplan told me in a recent interview. "I think, for the most part, the Overwatch community has been fantastic. But [toxicity] is not just in Competitive Play. I think as the game ages a little bit, people's dark sides tend to come out a little bit more and definitely when you put the competitive stakes in there, it raises a little bit."

Competitive mode, with its higher stakes and the very real possibility of getting your number dinged because some other player fucked up, compounds the issue. I honestly haven't played that much competitive in the past week because I just got fed up with teams fighting each other. Slurs were lobbed, feelings were hurt and the word "cuck" was thrown around like confetti at an arsehole parade. I've encountered my fair share of good matches too, but even with some pretty high highs, the lows were so very, very low. I've seen others express similar sentiments.

Blizzard has stated on multiple occasions that they're tweaking competitive mode to make it a more fair, less frustrating experience. There's still a long way to go on that front, however, and some changes won't be implemented until season two and onward. In the meantime, Blizzard has been working to isolate the problem of toxicity specifically, even if it doesn't always show.

"There are some systems that under the hood we've been tweaking as well," said Kaplan. "A lot of this is very black box — and for a reason. We don't talk about it because if we talk about it too much, players can exploit behaviour."

"For example, there's the report function, the way that works," he explained. "Since Competitive has been live, we've been doing some under the hood tuning and tweaking on that feature to be more aggressive about handling toxic behaviour. I wish there was more that was visible to players in a way that wouldn't allow for other negative players to exploit it."

Kaplan conceded that, if nothing else, the system could stand to give the players who do the reporting a little more feedback. Rather than tossing a report into the void, they should get a clear notification that Blizzard took action. "We don't notify you back right now, and I think that's a bummer," he said.

On the other side of the coin, Kaplan and co have been designing systems that would keep solo queue players who had positive experiences together for longer periods of time — not as groups or friends necessarily, but still between matches and moments when the game boots you back to the main screen.

"We're brainstorming systems right now where you're sitting at the end of the match and you're like, 'Hey, that Steven guy and that Nathan guy, they were actually pretty cool. Fuck, I wish I could just play with them more, so I'm just going to click this button then if they do the same thing, then we can all just keep playing matches for the night.' It's not some permanent friend thing. We're not sharing real ID's or anything like that. We're just saying, 'Hey, I like that group who I happened to be put with. How can I play more with those guys because they seem nice or confident or whatever,'" Kaplan explained.

Of course, those are only a couple of approaches, and the fight against toxicity is a long, oftentimes ugly one. I think it's important to show early on that people can't walk in and spew septic tank toilet garbage everywhere. Blizzard has a chance to set a standard, lay a strong foundation. Kaplan described the Overwatch team's anti-toxicity stance as "aggressive", something they have prioritised since day one. With toxicity levels rising, though, can they keep pace and stem the tide?