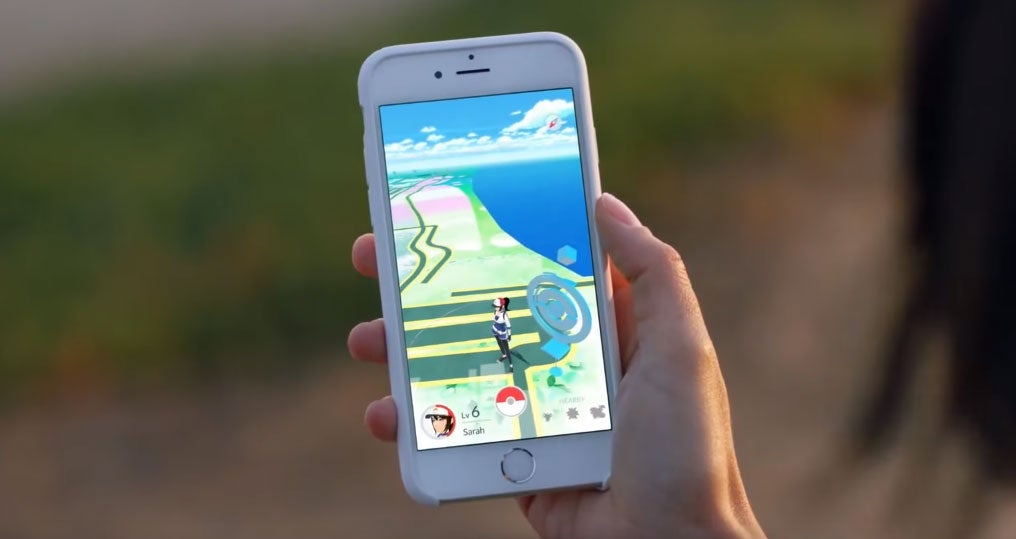 Nathan Cerda, from Palmview, Texas, thought it'd be funny to threaten Pokemon GO players in his town with a "purge". He is not laughing now.

Cerda made the following post to his Facebook page last week, in which he says he's going to take some "modified paintball guns" out with some friends: 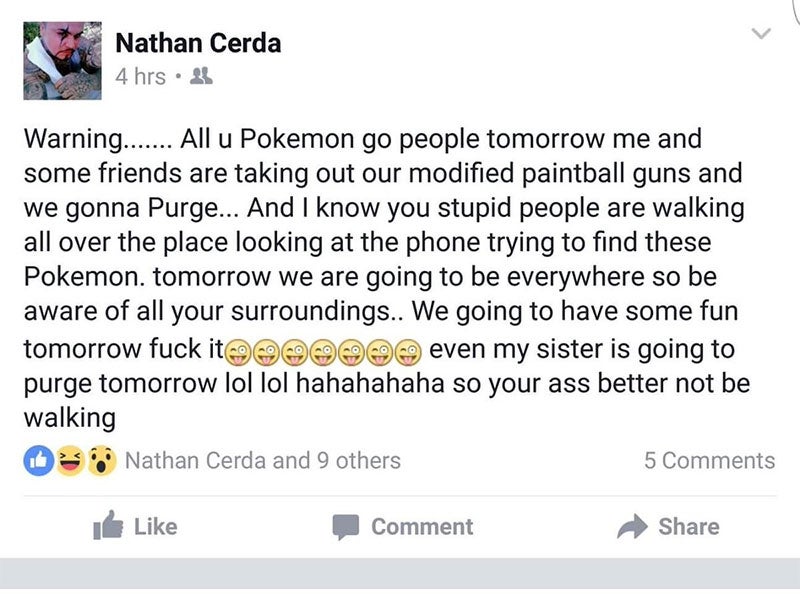 The post was reported to local police, who said that "due to the credibility of the threat and in the interest of public safety", a warrant was issued on a charge of "terroristic threat". Cerda was then arrested at his home in Palmview.

Harlingen Police Department made the following release yesterday on their Facebook page: 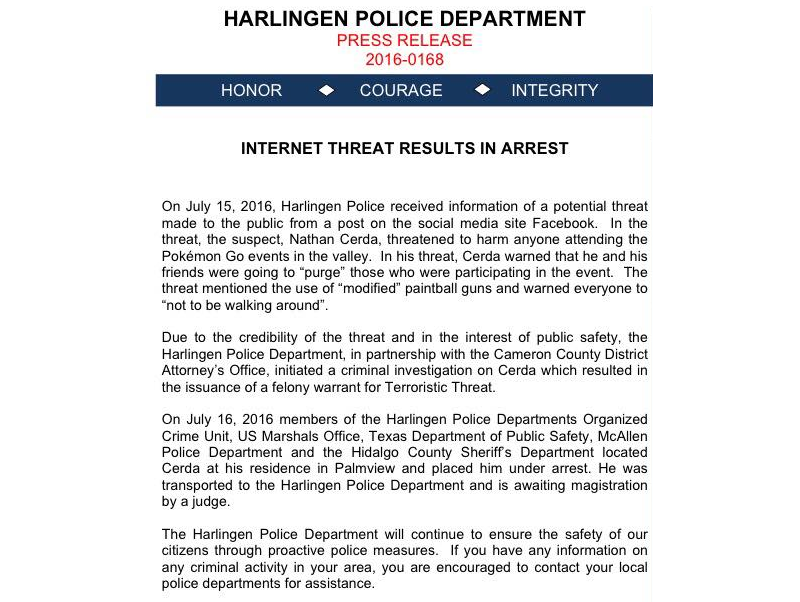 "Oh, but he was just joking with all those laughing emoji, that seems like a pretty serious crime to charge him with, jackass or no!", you may ask. Note that a charge of "terroristic threat" is defined as:

... a crime generally involving a threat to commit violence communicated with the intent to terrorize another, to cause evacuation of a building, or to cause serious public inconvenience, in reckless disregard of the risk of causing such terror or inconvenience.

While here are some excerpts specifically from Texas' statute, which says "A person commits an offence if he threatens to commit any offence involving violence to any person or property with intent to:"