Nextwave Is An Official Part Of Marvel's 'All-New, All-Different' Universe 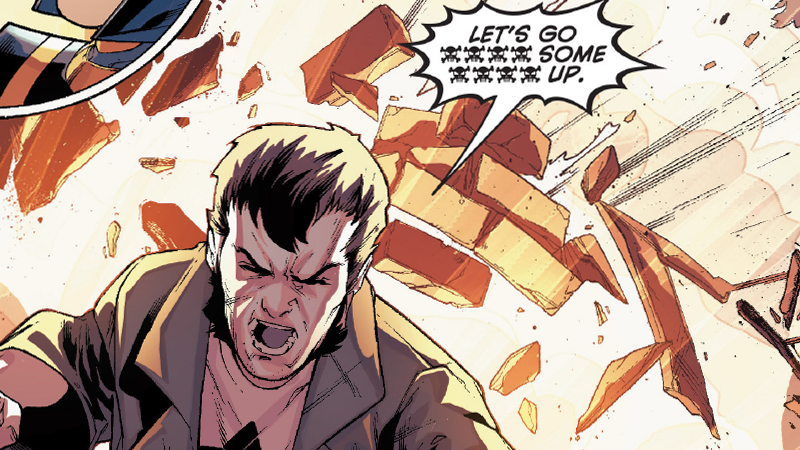 Warren Ellis and Stuart Immonen's Nextwave is one of the zaniest, funniest comics Marvel has ever published — wild enough that its "canonicity" within the Marvel universe has been kept at arms length at various points since it ended. But now we know that it actually exists within the re-jiggered "All-New" timeline, thanks to the arrival of a familiar face in this week's issue of Nova.

For those who've yet to experience the true joy of Nextwave: Agents of H.A.T.E., the wild series followed a group of wacky, obscure heroes lead by former Captain Marvel (and current Ultimates member) Monica Rambeau, including: Monster hunter Elsa Bloodstone, pyrokinetic mutant Tabitha Smith, former Machine Man Aaron Stack, and a new creation of Ellis' own doing, The Captain, as they fought the evil Beyond Corporation. Take a listen to their official theme song, because of course Nextwave had its own theme song.

Anyway, you should read it. But all you really need to know about Nextwave is that it is a) bloody good fun and b) was far too insane to be a regular part of Marvel's canon. It's been denied a few times since it came to an end, but was solidified as part of Monica Rambeau's backstory in Captain America and the Mighty Avengers, in which Monica reverts back to her Nextwave costume upon learning that the Beyond Corporation was real, despite what she'd been tricked to believe: 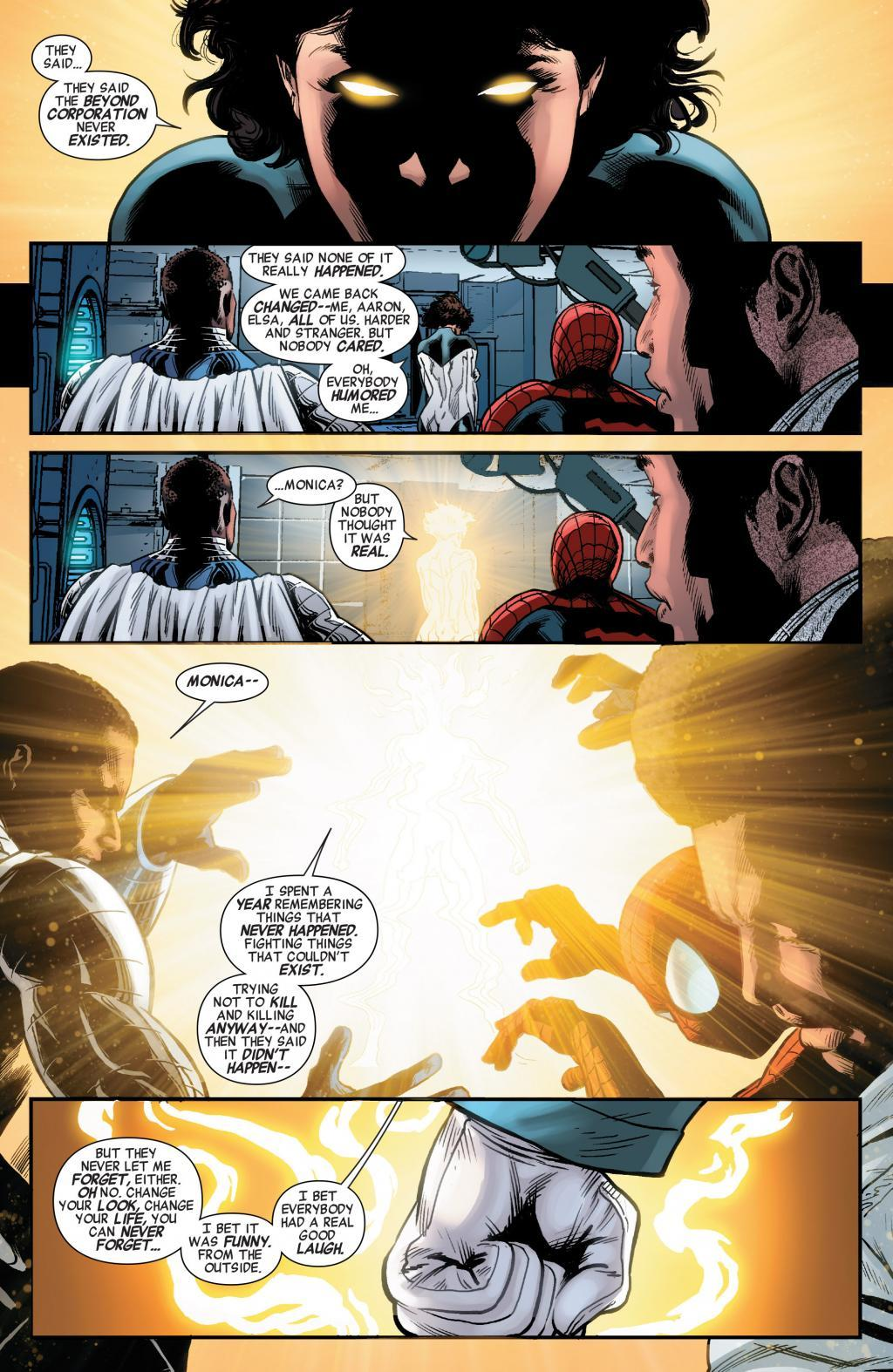 But then Secret Wars happened, a ndthe Marvel universe got shook up and transformed into an "All-New, All-Different" reality. So what became of Nextwave's place in existence? Well, thanks to Nova #9, by Sean Ryan, R. B. Silver, and Andres Mossa, we have good news: Nextwave still happened, and one of its most hilarious creations, The Captain, is back in action... sort of.

Nova #9, the book's tie-in into the Civil War II event, sees Sam Alexander forced to face a giant monster threatening New York on his own, when seemingly every other superhero in the world is unavailable (because they're busy taking sides over the Inhuman Ulysses's ability to predict the future). That is, save for one ex-hero who just wants a drink in peace: The Captain, making his first appearance practically since Nextwave came to a close.

In Nextwave, The Captain — known only as such because his former name, Captain ☠☠☠☠, was so foul-mouthed saying it in front of Captain America once made Cap beat the shit out of him — had superhuman strength, stamina, durability, and flight powers granted to him by two random visiting aliens who thought he was the epitome of the human race.

He was blind drunk, and proceeded to beat the aliens to death thinking they were leprechauns that would give him gold coins. Go read Nextwave, I swear to God.

Anyway, in Nova, The Captain still has those powers. He also still has his love of booze: 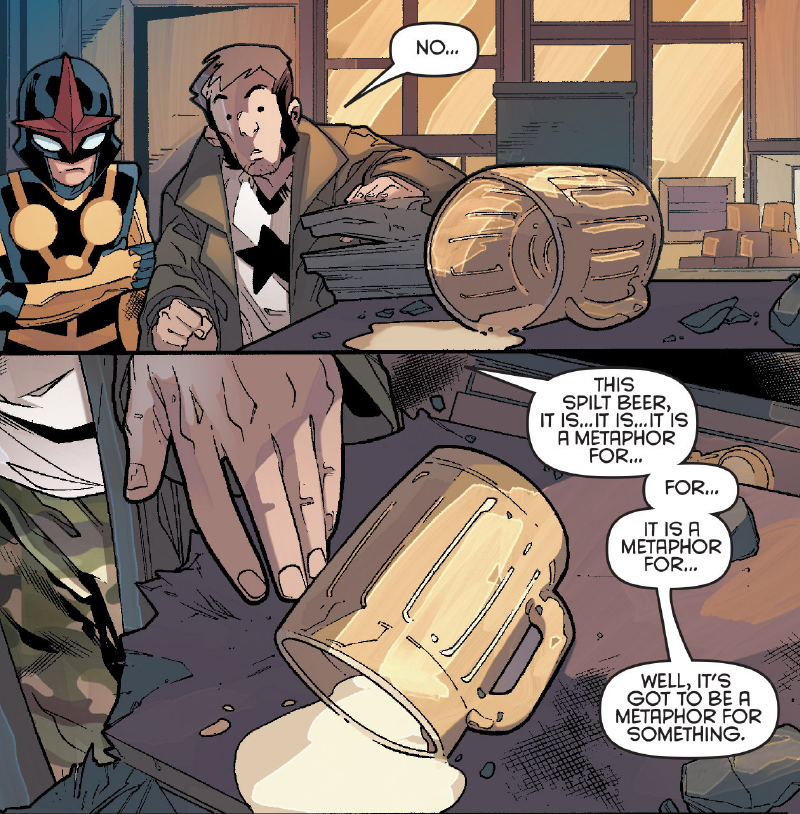 His patented Captain America story is still at thing: 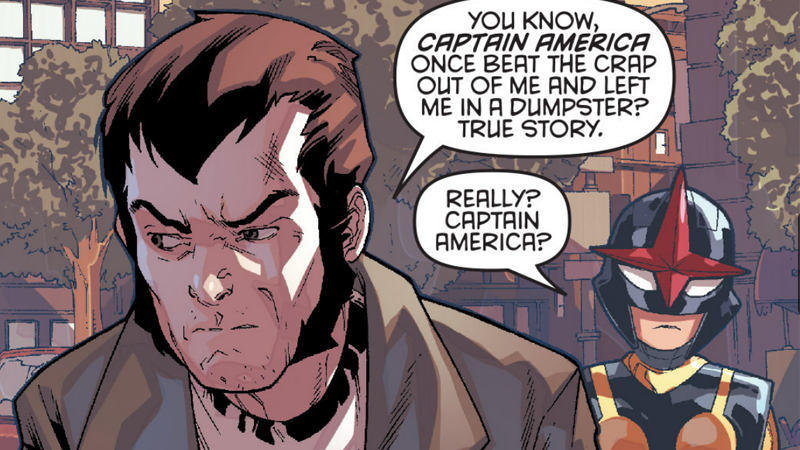 And yes, as he tells the young Nova, at one time, Nextwave was most definitely a superteam: 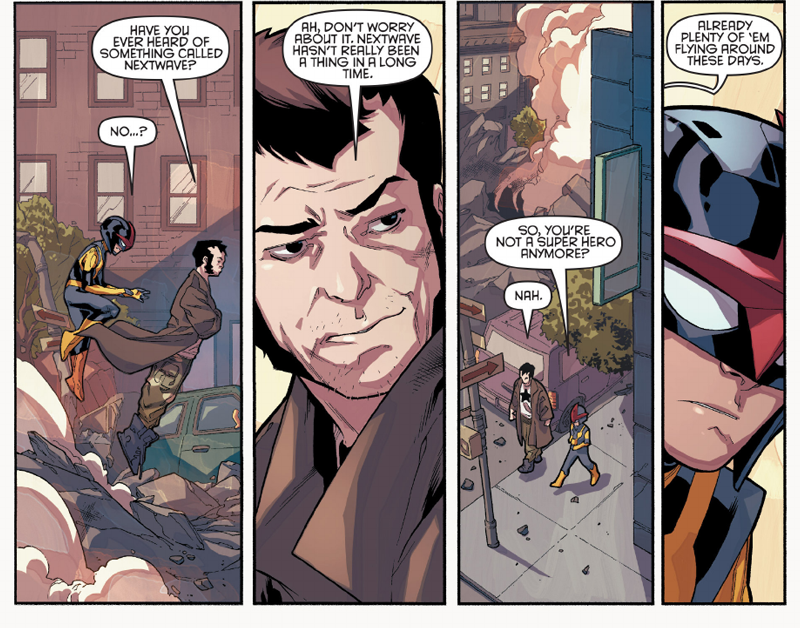 Although The Captain has moved on — he tells Nova his days as a hero are done, and advises the teenager to get out of the super-game while he still can — it's nice to see the character again, and get a tiny acknowledgement to Ellis and Immonen's insanely delightful comic in the new continuity.

While Monica Rambeau is flying high in prominence in Marvel's current comics — as she rightly should — it would be great to see the rest of the Nextwave crew again. Hell, maybe even to just give them another series together. I'd read the ☠☠☠☠ out of that, as The Captain would say.