We Are Sorry To Report That Pickle Rick Is Now In... 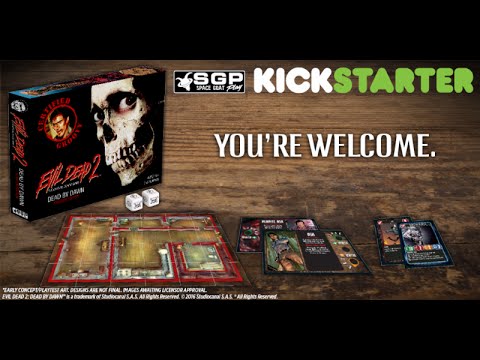 Board games are getting Kickstarted left, right and centre, which means we’re only going to get more of them. Enter Evil Dead 2: The Official Board Game, almost certainly sparked by the recent success of the franchise’s TV refresh.

Evil Dead 2 is exactly the sort of experience you’d expect for the franchise — a co-operative “survival horror” shindig for up to six players, where you have to run around collecting Necronomicon fragments and not dying.

Sessions should last around 60-90 minutes, so it won’t devour an entire evening, such is the case with say, Arkham Horror.

So far so good, right? Kind of.

I’m a little concerned — while Space Goat has experience in comics and by its own admission “creative services”, it’s never released a board game. Now, I’m sure it won’t be terrible, but I plan to wait for reviews before informing my wallet.

True, I’ll miss out on the Kickstarter-exclusive goodies, but that’s just how it works.

Evil Dead 2: The Official Board Game [Kickstarter, via Blastr]