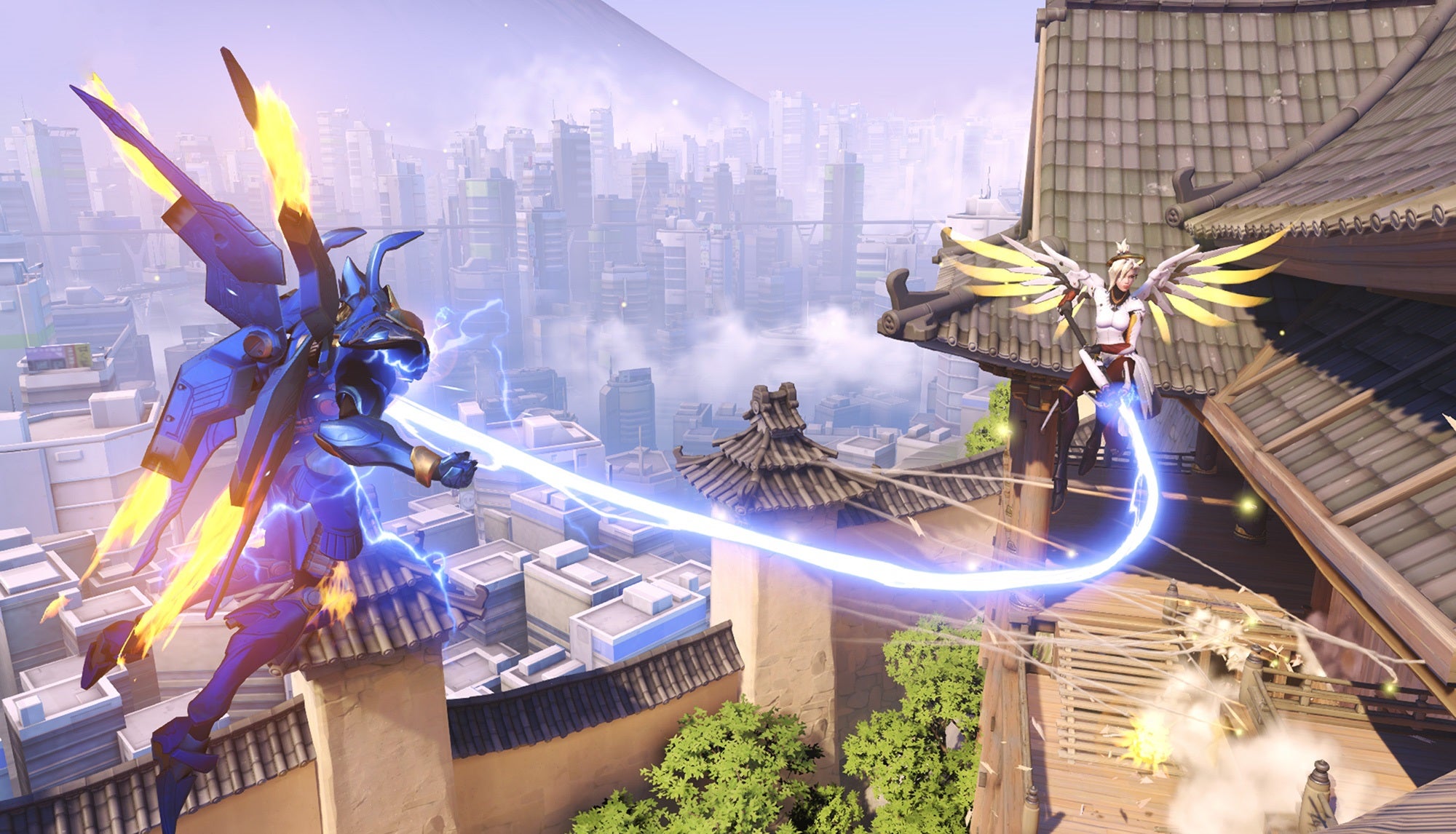 Ever gaze into the hoary peaks of Overwatch's Nepal map and wonder what's out there? What lies beyond the map space's endless combat purgatory, Blizzard's tiny death island? A couple of Overwatch players managed to break free. Here's what they found. In this video, hulkman503 and friend of hulkman503 demonstrate how to break outside Nepal's usual boundaries. Playing as two Mercys, they manage to gently drift onto an entire second map:

You might recognise the second map as another playable portion of Nepal. However, it's meant to be accessible only during a different round. The fact that players can reach it now is a pretty gigantic exploit, and it will almost certainly be patched asap.

Still, it's pretty interesting to get this brief under-the-hood (and, er, the mountain) look at how Overwatch maps function. While you can't capture points on the second map, you can go inside your team's spawn point and switch heroes. I guess Blizzard saw no reason to deactivate that functionality even when a map isn't the active one in the rotation.

So, why are multiple maps connected in Overwatch? Well, for one it's pretty cool to be able to look out and see another area you've played in. It makes the whole place feel a bit more real. Players, though, have speculated that having multiple maps fully loaded also eliminates load times between rounds.

Maybe, though, Blizzard is just really into ancient memes. Who needs dank when you can have vintage?