Pokémon GO Is Sending Lots Of Players To Church 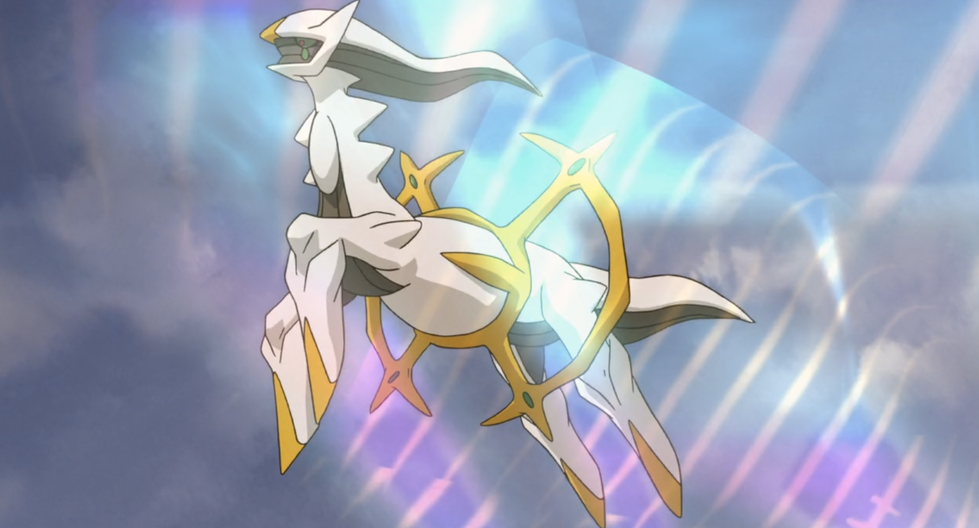 The first thing I noticed after initially booting up Pokémon Go was that 70 per cent of the landmarks near me were churches. Considering that I'm not a religious person, this has proven to be kiiiind of awkward. I am not alone in feeling this way. Image credit: Pokemon Wikia

Actually, a lot of Pokémon Go players are being directed to churches so that they may collect new monsters and more items within the augmented reality game. Given Pokémon's rocky history with spiritual matters, not to mention the sheer touchiness of religion, this has turned into a strange gameplay experience: 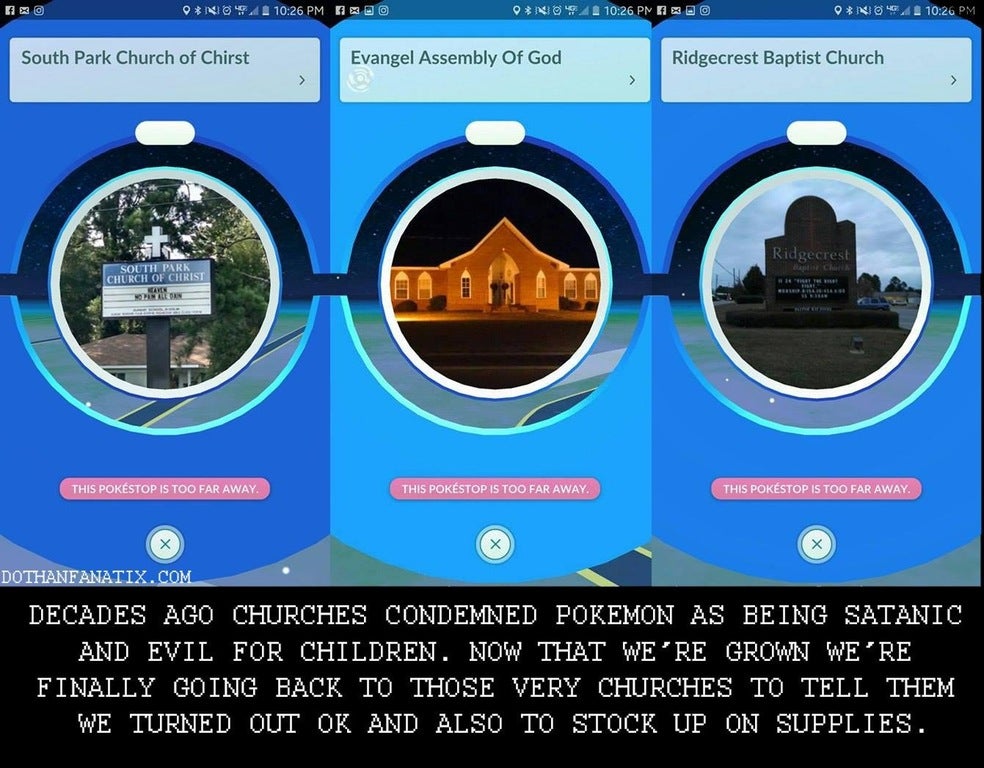 In response to this Pokémon Go quirk, many players are taking to social media to joke about their experience with churches, and it's a hoot. Here's a small taste:

My first two pokestops on Pokemon Go were at a church and thought God was telling me something. Then my 3rd was KFC and I knew he was right

you want me to go to church? #PokemonGO pic.twitter.com/WV6cMhSzzL

Actual photo of me lowkey trying to catch Pokemon around a church. #gottacatchthemall #PokemonGO pic.twitter.com/kepRui6Hlq

I need Pokéballs for #PokemonGO, and the church next door is a Poké Stop, but a funeral is going on #decisionsdecisions #gottacatchemall

"You went to the Baptist Church?"

Yeah, to DESTROY a Caterpie. #PokemonGO

My nearest gym is a CHURCH. I'm gonna be praying a lot more often ?? #PokemonGO

>tfw the first time you went anywhere near a church was because it's an item drop zone in Pokémon GO.

Help, Pokemon GO is trying to make me go to church. I DON'T NEED POKEBALLS THAT BADLY, OK?

#PokemonGO literally telling me to go to church

This game is trying to make me go to church #pokemongo pic.twitter.com/h3SX4uHMNE

I haven't been to church in years #PokemonGO pic.twitter.com/vrDY9zCebn

nice try pokemon go but you cant make me go to church pic.twitter.com/E3zjP1BFzf

Downloaded Pokémon Go and it told me my nearest shop was in our local church down the road. Nice try, God!

Pokemon GO: Forcing your kids to go to church has never been this easy. pic.twitter.com/l3DB8y2U0r

So the church next to my house is a PokeStop in Pokemon Go which means I can finally tell my grandma about all the time I spend at church.

Bah, the nearest poke-center in Pokemon Go is a church. Fuck that. :O

Our first Pokemon GO gym is at the local church. pic.twitter.com/rEAwDWAAnn

I feel like #PokemonGo is trying to tell my gay ass something, making the nearby church a gym. pic.twitter.com/KjA3pXgGbq

What if #pokemonGO is just a conspiracy to get young people go to church?

walked to a spooky church at 3am to catch pokemon. pokemon go has changed everything 10/10 would recommend

That moment when every pokemon center in pokemon go is a goddamm church.

I LITERALLY HAVE TO GO TO CHURCH TO GET POKÉBALLS AND ITEMS IN #PokemonGO LIKE GAME PLEASE. ARE TRYING TO TELL ME SOMETHING??

MFW after scoffing at religion all my life, #PokemonGo will be the thing that makes me go to church pic.twitter.com/WOLBJ9QeWZ

Got it working in the end & made some progress today. My first Gym is a church. Time to spread the sin ??#pokemongo pic.twitter.com/VaSP1a9kHB

"Sorry im late for work, but I was hunting a #ghastly in my local church." True story. #PokemonGO @Pokemon pic.twitter.com/byw7gqIisJ

Pokemon Go gives me a reason to go to church every day cause the village church is a pokestop.

pokemon go has me walking to church at 7am

Thank you jesus for these Pokeballs bless pic.twitter.com/0nEA6z45aR

Why so many churches? This is just a guess, but I'm assuming it is because they might turn out to be safer to visit than your average locale. The GPS system that the game uses is also simply marking many of the man-made landmarks near players, and, well, some players just happen to live near more churches than anything else. Regardless, guess I better brush up on the good word of Arceus, our lord and saviour.