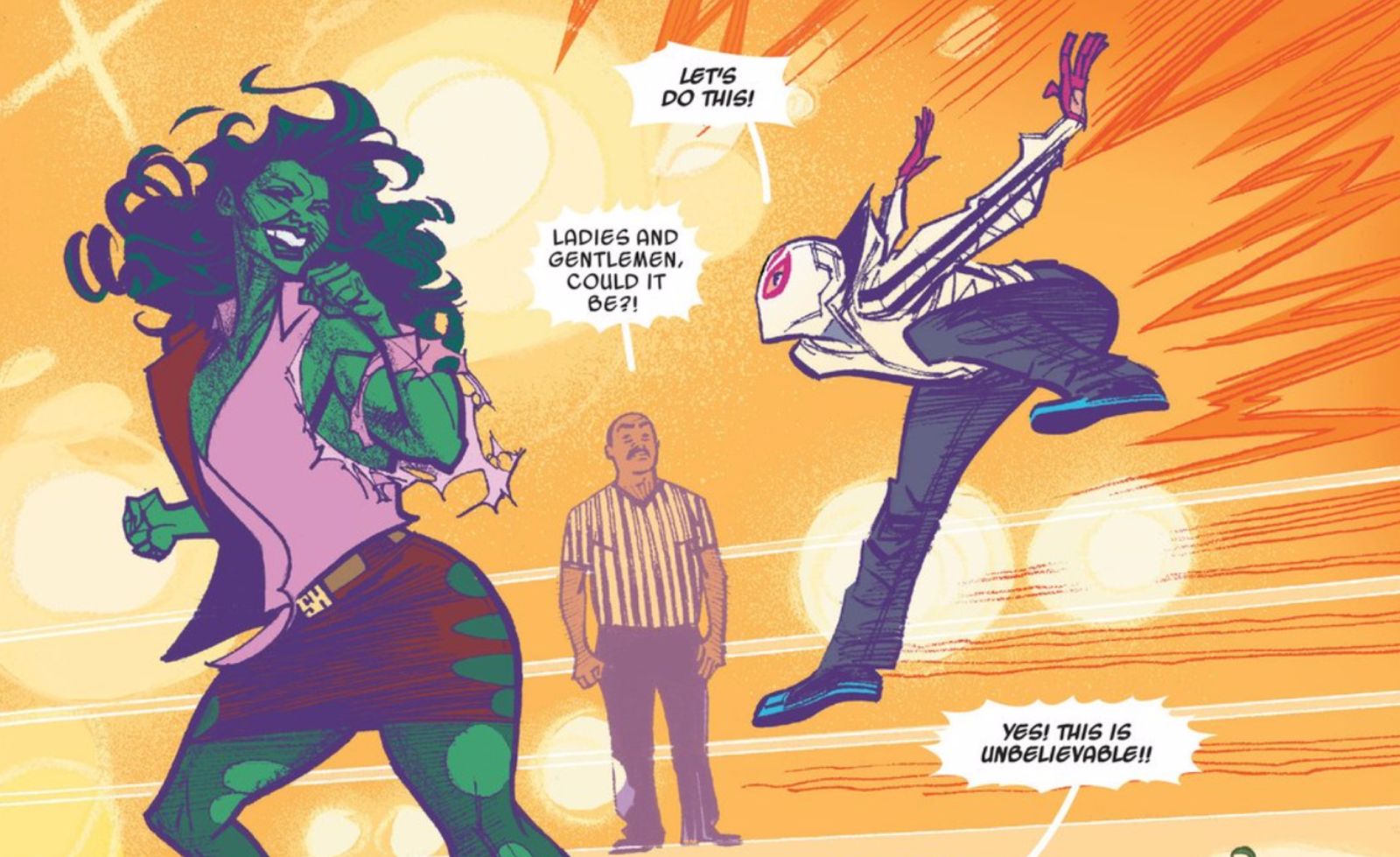 Super-powers. Wrestling. Power and responsibility. All the familiar beats of Spider-Man's origin are there in Spider-Gwen Annual #1, but they get the clever tweaks that have become the hallmark of Gwen Stacy's alt-universe adventures. 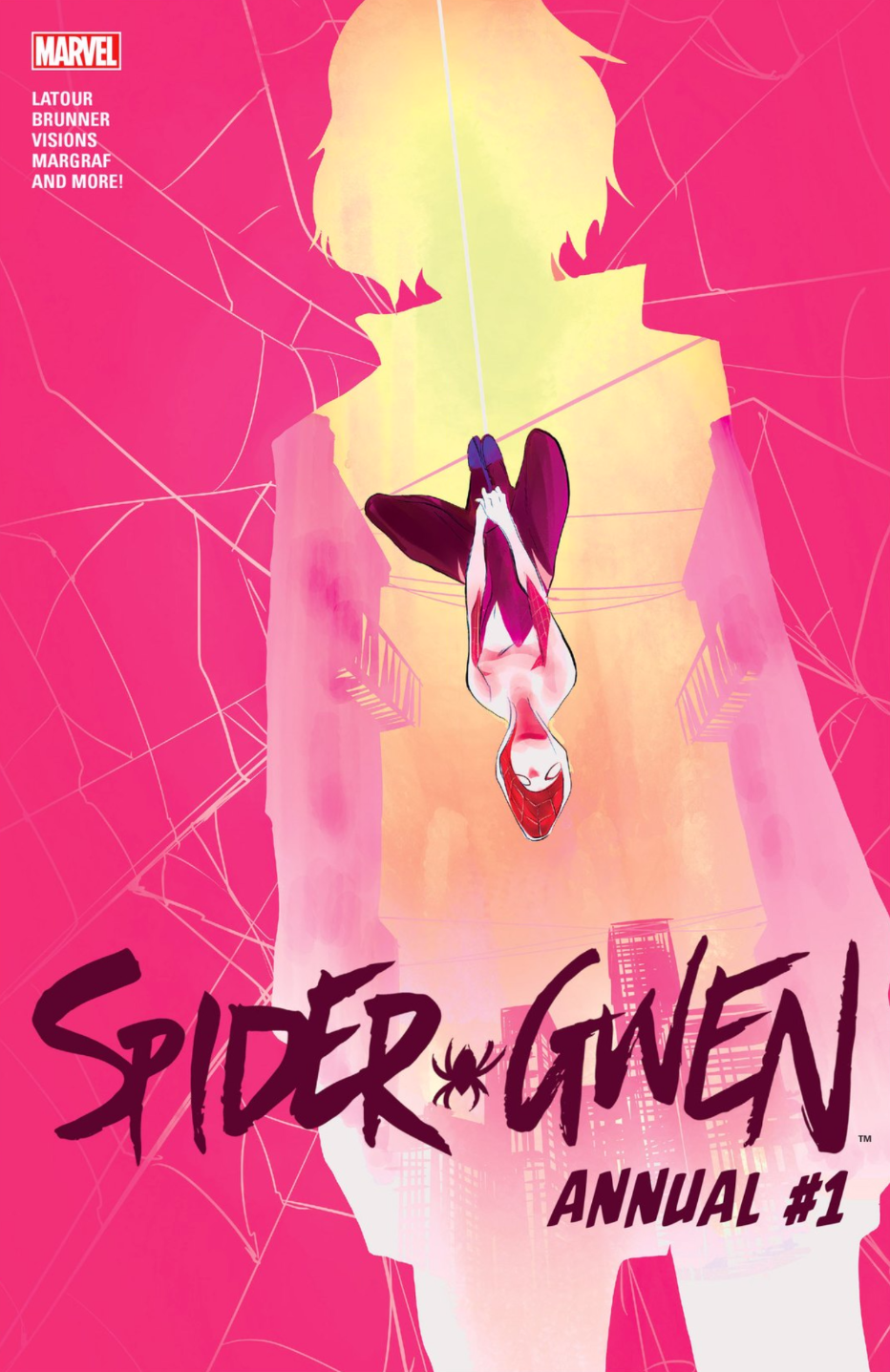 Last week's new Spider-Gwen book had multiple stories in it, one of which featured a giant-headed, tiny-handed M.O.D.O.K./Donald Trump mash-up. All of the stories are fun but my favourite was the opening "Spider-Gwen: Week One" instalment, written by Jason Latour with art by Chris Brunner, Rico Renzi and Clayton Cowles. It shows Gwen Stacy gearing up to test the limits of her new powers in a way that's familiar to anyone who knows their Spidey lore. 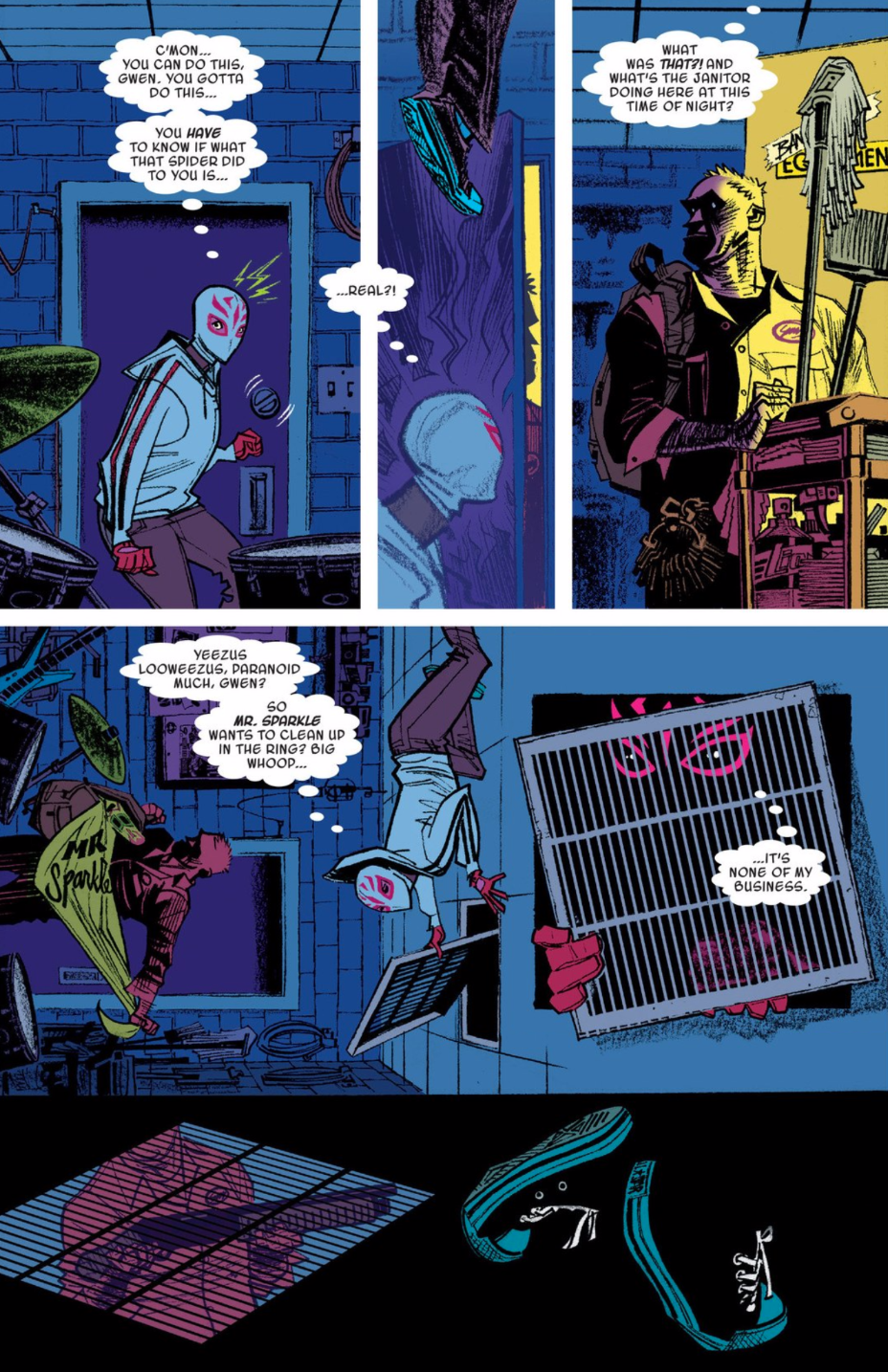 Having Gwen grapple with gorgeous lady of wrestling She-Hulk is only the first twist in this remixed origin story for Earth-65's spider-hero. Peter Parker and his Uncle Ben are in attendance at another match on the night that a crook decides to try and make off with the receipts. We already know the fates of Peter and Uncle Ben in this universe; the older man is still alive and grieving his troubled nephew's transformation into the Lizard. The scene where Ben faces the business end of the thief's shotgun is powerful for a different reason. 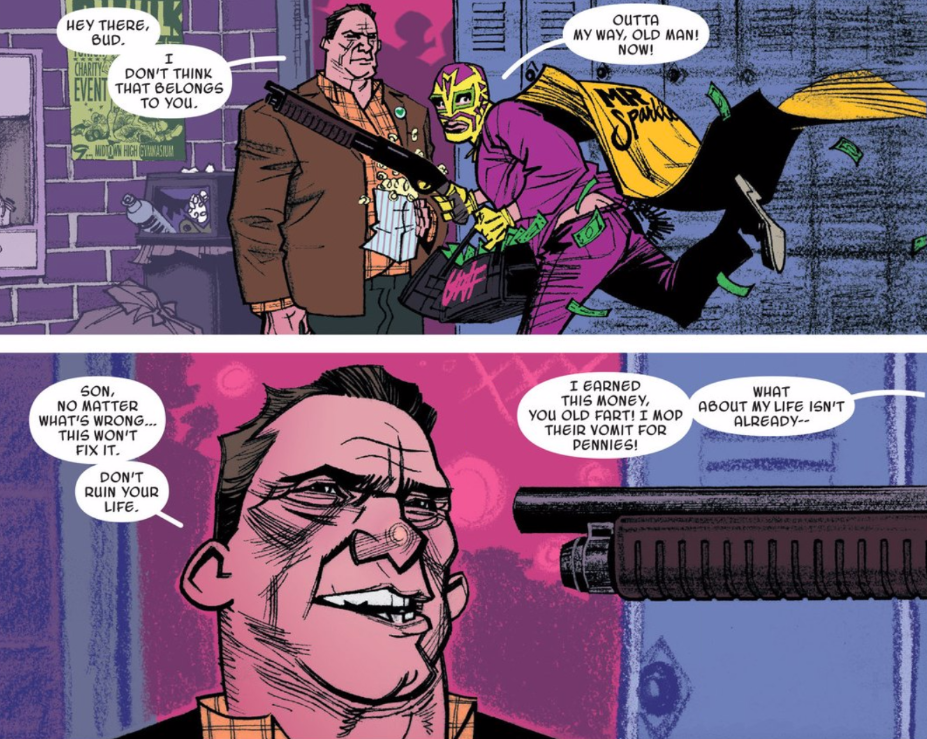 The confrontation comes just as Gwen is supposed to jump into the ring and continue on the path to fame and fortune. Ben's heroism gives her an example of something else she could be doing with her arachnid abilities. 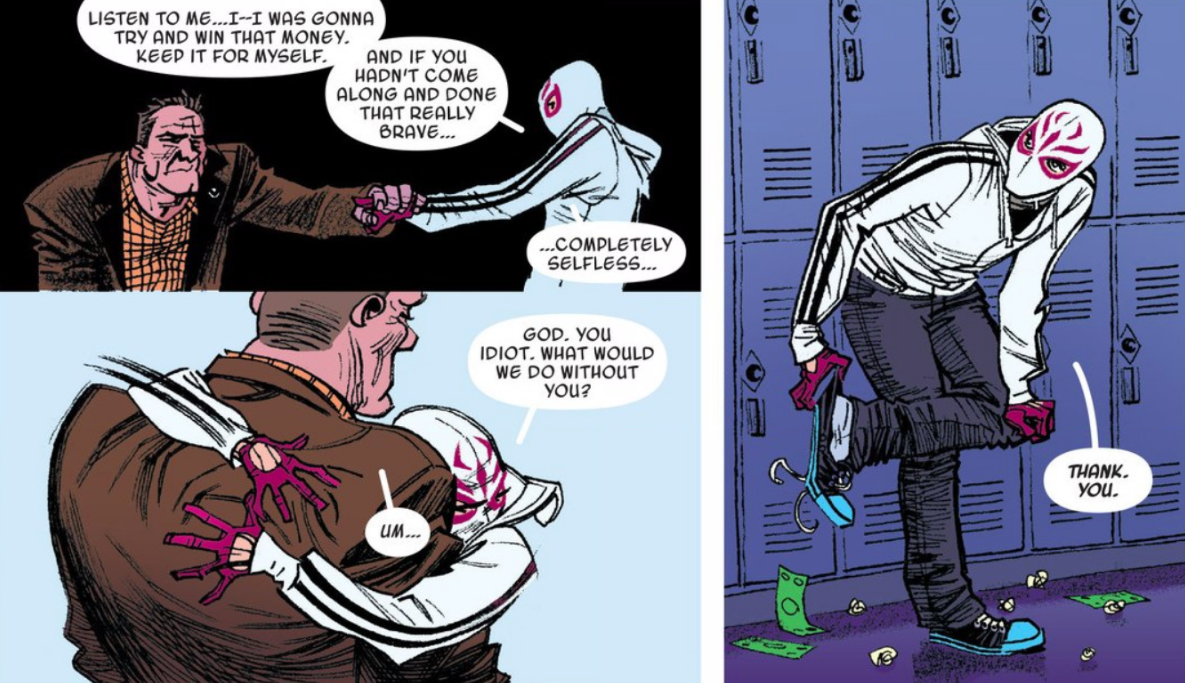 Much of Spider-Gwen's charm comes from how the series changes established parts of the mainline Marvel Universe. This time, it's a little different. It's a really nice beat that preserves Ben Parker's centrality to the Spider-Man mythos without having him die and points Gwen at a superhero destiny without giving her an original-sin motivation born out of a selfish decision.