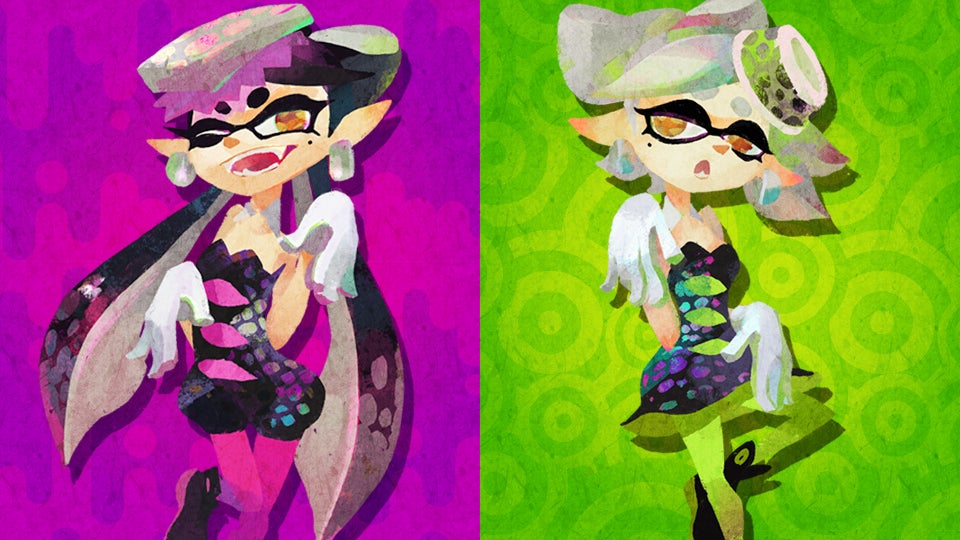 Splatoon's last big event asks one impossible, divisive question: are you Team Marie or Team Callie? It will be a waifu war for the ages. 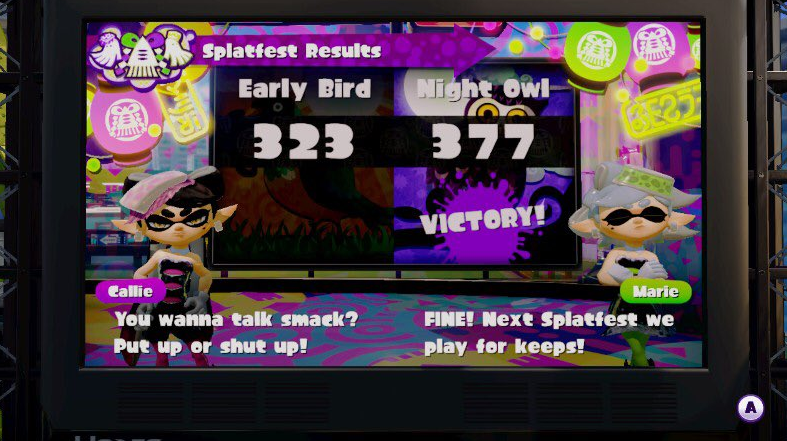 Now we have one month to prepare, because THE FINAL SPLATFEST goes live on Friday, July 22. As detailed by the official Splatoon blog, this one will work a little differently from all the others:

However the matchups will be different — the players in Japan will be matched up with those in Japan, and the players in North America and Europe will be matched up with each other. The Top 100 Players will also be tallied and announced separately for Japan region and for North America and Europe regions. Though the results will be collected from all regions, they will be combined together and announced at the same time.

At the end of this note Nintendo outright says that this Splatfest will feature "the hardest decision you'll make in your lifetime," so they know exactly what they are doing here. Already, the Splatoon fandom is destroying itself from inside:

@NintendoAmerica I can finally use this pic.twitter.com/WpP2asctyc

.@NintendoAmerica @_icze4r There is only one right side.

One correct path to take.

I will fight until I die. pic.twitter.com/poPSe6Whf0

@NintendoAmerica YOU CANT MAKE ME CHOOSE

@NintendoAmerica the other one will die.

@NintendoAmerica This just got real.... pic.twitter.com/ZhbSjOWUBc

.@Th3WitchDoctor this is it. This is what I've been waiting for. pic.twitter.com/8YghhCIR2S

Mostly, though, people are freaking out that this is the last Splatfest ever — it will mean that, after July, Splatoon is pretty much done. That sucks for anyone who just bought the game, or wants to continue playing the game: 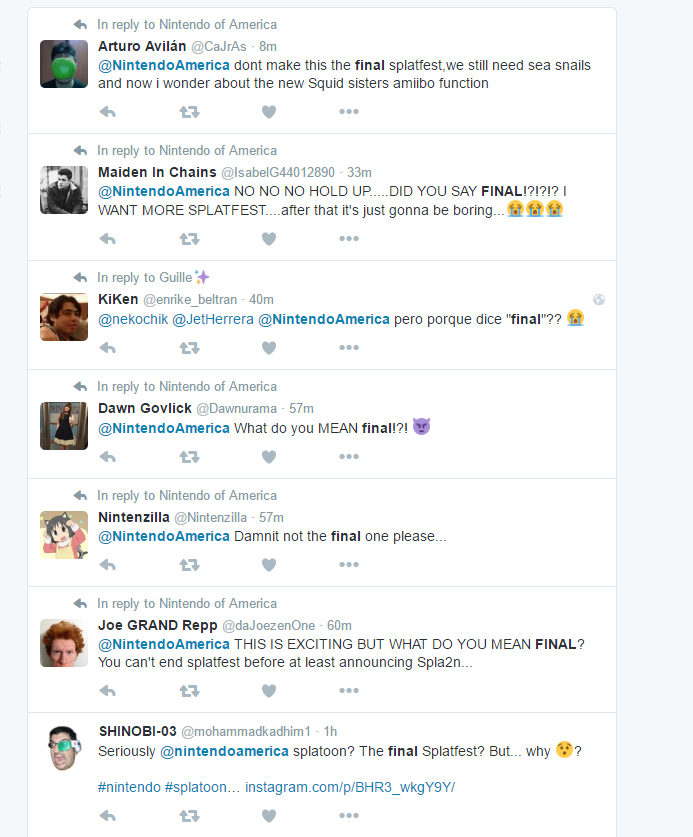 Well, if the year of Splatoon is about to come to a close...maybe you can announce Splatoon 2 already, Nintendo? One can dream.