This Week In The Business: Sounds About Right 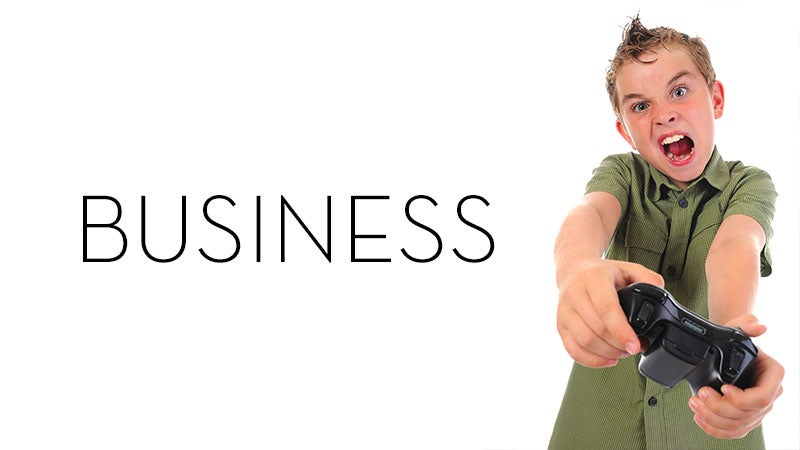 "We've all gone online and had our asses kicked by obnoxious 12 year olds." — EA chief competition officer Peter Moore talking about wanting to "make stars out of players" but that proper matchmaking is paramount.

QUOTE | "[Xbox Scorpio and PS Neo are] an incredibly positive evolution of the business strategy for players and for our industry." — EA global publishing chief Laura Miele commenting along with other publishing execs on the ramifications of Microsoft and Sony advancing the console cycle earlier than expected.

QUOTE | "From a publishing point of view, VR is just too risky." — Speaking as part of a panel at the BIG Business Forum in Sao Paulo, Brazil, Versus Evil general manager Steve Escalante says the VR market is too small to take a chance on currently.

STAT | $US10 ($13) billion — The amount of deployable capital when combining the VC firms that joined up with HTC Vive in the VRVCA to invest in the world's most innovative and impactful VR technology and content companies.

STAT | $US8.2 ($11) million — The funds raised by video games on Kickstarter in the first half of the year, which is down from $US20 ($27) million in the previous period; that said, the ratio of successfully funded projects has increased.

QUOTE | "[Nintendo] has a real opportunity to reinvent the groundwork in the game space by introducing an easy to use system that targets the entire family." — Analyst firm DFC Intelligence talking about what Nintendo needs to do to succeed in the console market with the NX.

QUOTE | "We make each Final Fantasy as though that one is going to be the last." — Square Enix president Yosuke Matsuda sharing his thoughts on his company's "celebrity status" portfolio and its approach to the storied Final Fantasy franchise.

STAT | 20.8 million — The number of paying subscribers Sony has amassed for its PlayStation Plus service; that achievement pairs with the install base of 40 million PS4s, the "fastest penetration in PlayStation history."

QUOTE | "Development time has been growing over the course of my career... You can count on your hand, probably, how many big games you have left in you." — Ubisoft Montreal Creative Director Alex Hutchinson talking about the state of AAA game making and how scary it's become.