Tips For Getting Started In RimWorld 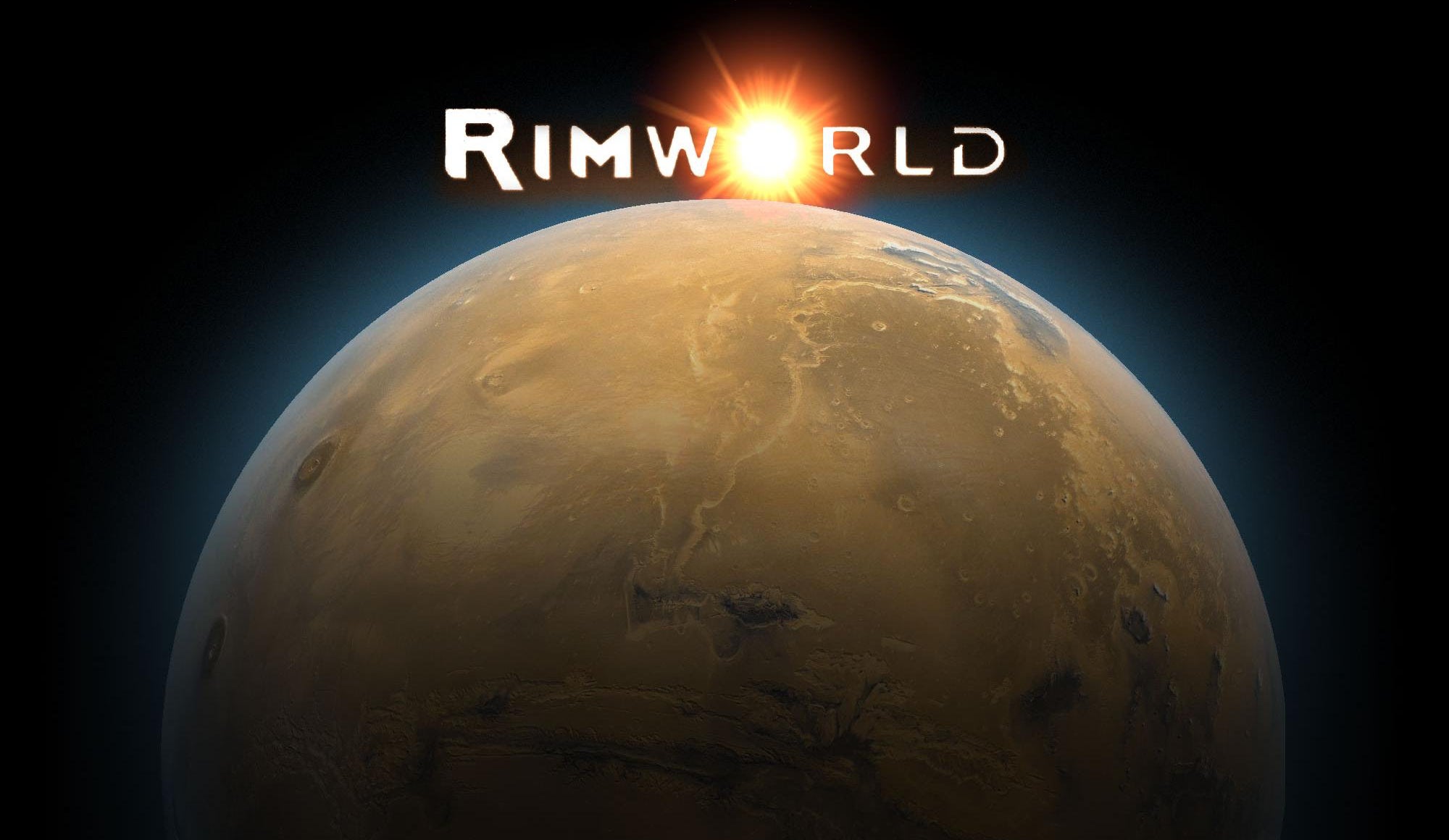 RimWorld is a phenomenal little game capable of generating stories equal parts hilarious and fucked up. The sci-fi colony sim is meant to be more accessible than inspirations like Dwarf Fortress, but it can still be kinda... obtuse. Here are some tips to help you get started. 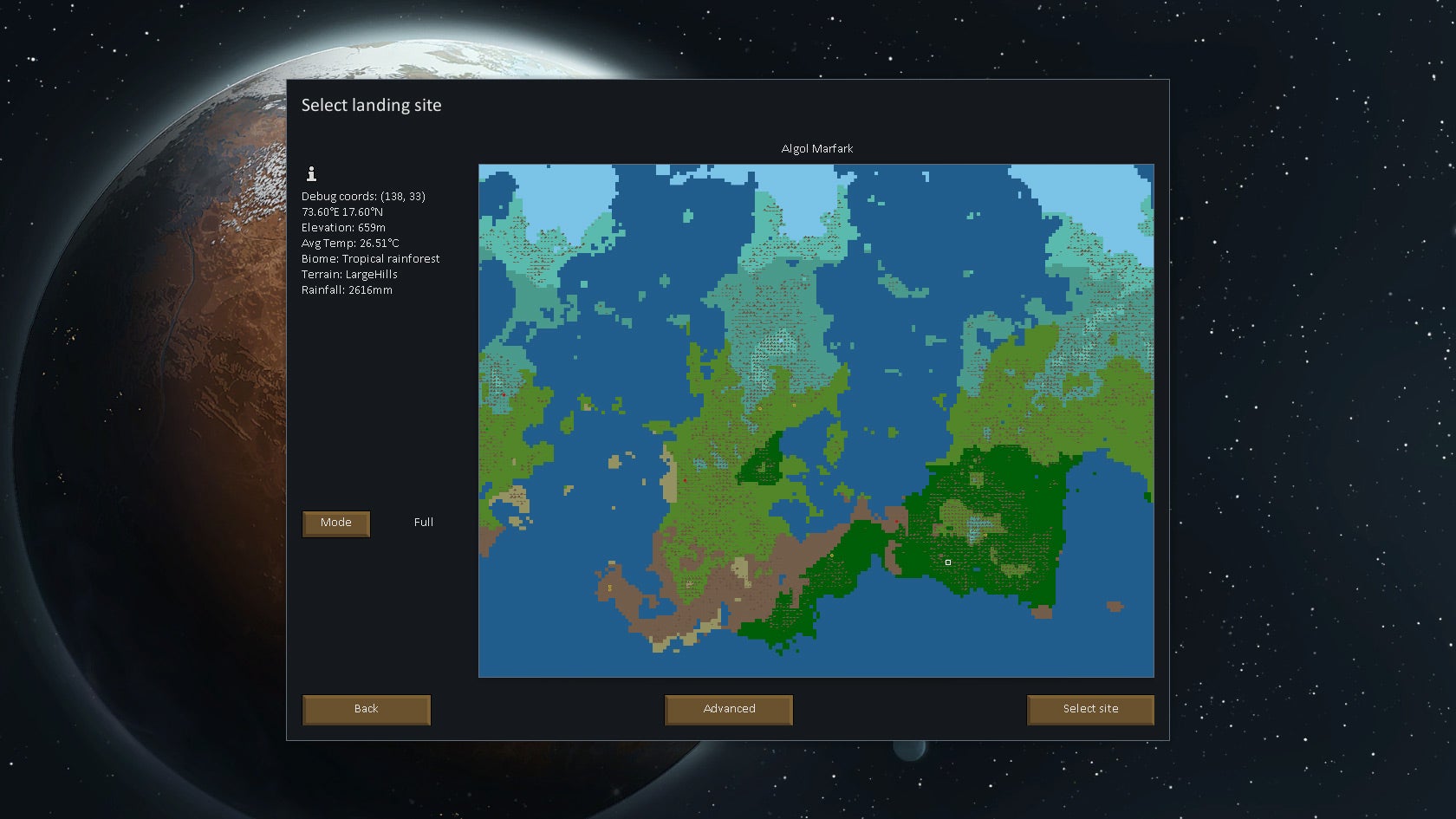 Don't get too crazy with planet/crew generation (at first)

RimWorld allows you to customise your crew, backstories and — oh yeah — the life-giving seeds that generate the entire planet you play on. It can seem like a lot, because it is.

For first timers, I recommend picking one of the pre-created scenarios with Cassandra Classic as your AI story director on "rough" difficulty. This way, you can get right into the action without sweating a bunch of small stuff. Cassandra Classic feeds you events in a way that slowly ratchets up difficulty. She's not trying to beat you. Rather, her goal (at least, in my experience) is to use drama to tell a compelling story. Rough difficulty complements her style. You'll start finding yourself in real danger after a handful of in-game days, but you'll likely be prepared by then.

Alternatively, you could turn the difficulty all the way down and use the Phoebe Chillax AI, but I think RimWorld is at its most interesting when shit's hitting the fan. Speaking of... 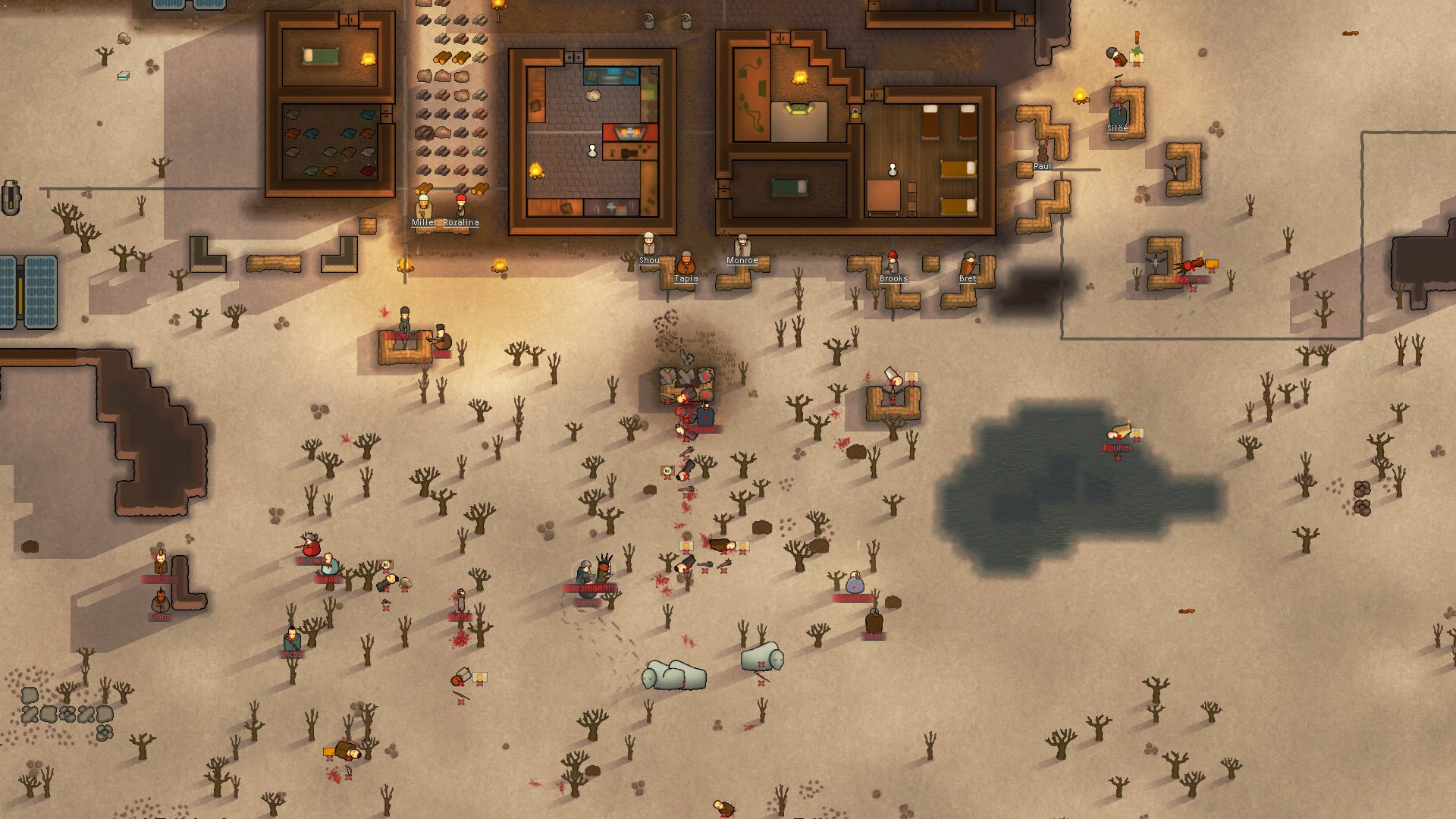 Don't be afraid to lose

RimWorld is a game where you can establish a successful colony through hours of meticulous work, but it's about stories first and foremost. Some of the best stories end in disaster. Don't get too frustrated if your first few playthroughs don't go your way. RimWorld's many intertwining systems (especially the ones dictating sanity) mean a lot can go wrong — often comically so.

Embrace the chaos. Watch a delirious arm-less cannibal make one last-ditch assault on a pirate camp that took everything from them. Let your camp chef cook and eat their own dog. Laugh. Cry. Live. Diiiiiiiie.

Then start a new game!

In RimWorld, the clock is ticking... unless you don't want it to. At any given moment, you can hit space bar to pause time. You are, however, still able to issue commands, designate mining and building zones and so on. When you're first stumbling through RimWorld's screen-wrapping menu labyrinth, it's easy to get stressed out by the ticking clock. So while you're going through the tutorial, especially, make liberal use of the pause button. 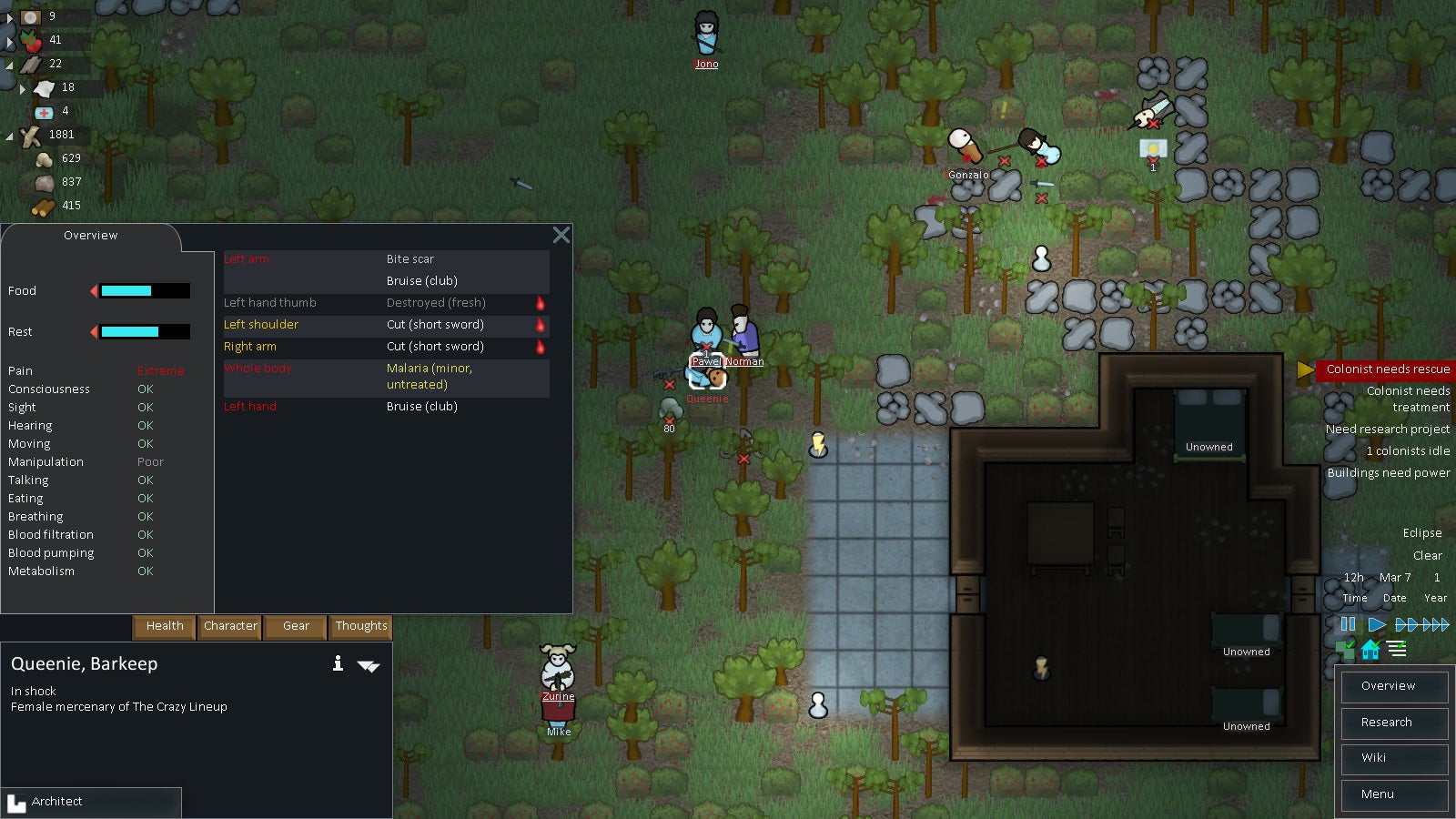 Weapons and defences can wait. The first thing your tiny people will want is a roof over their heads and places to sleep and eat. Depending on your difficulty level and scenario, the game may give you some supplies to start with. Funnel those into walls, a roof and a door, beds (or, if you're cheap, sleeping spots), a campfire (temperature matters) and a table and chairs. You'll also want to build a separate walled area for your stockpile. If you store supplies outside, they will decay quickly.

Next, establish a camp hunter. You can do this by opening up the "Work" tab and putting a checkmark next to somebody's name. Ideally, your hunter should have high shooting or melee skills. In my opinion, shooting is preferable, because injuries in RimWorld can take characters out of action for big chunks of time, especially if they get infected or otherwise turn to The Gnarly Side.

But all those adorable little animal corpses are worthless without a butcher table. That's what lets you turn them into meat and leather. You'll want to put a checkmark in somebody's "Cook" box to make sure they collect carrion and make with the choppy choppy. They can then prepare said meat in the campfire. 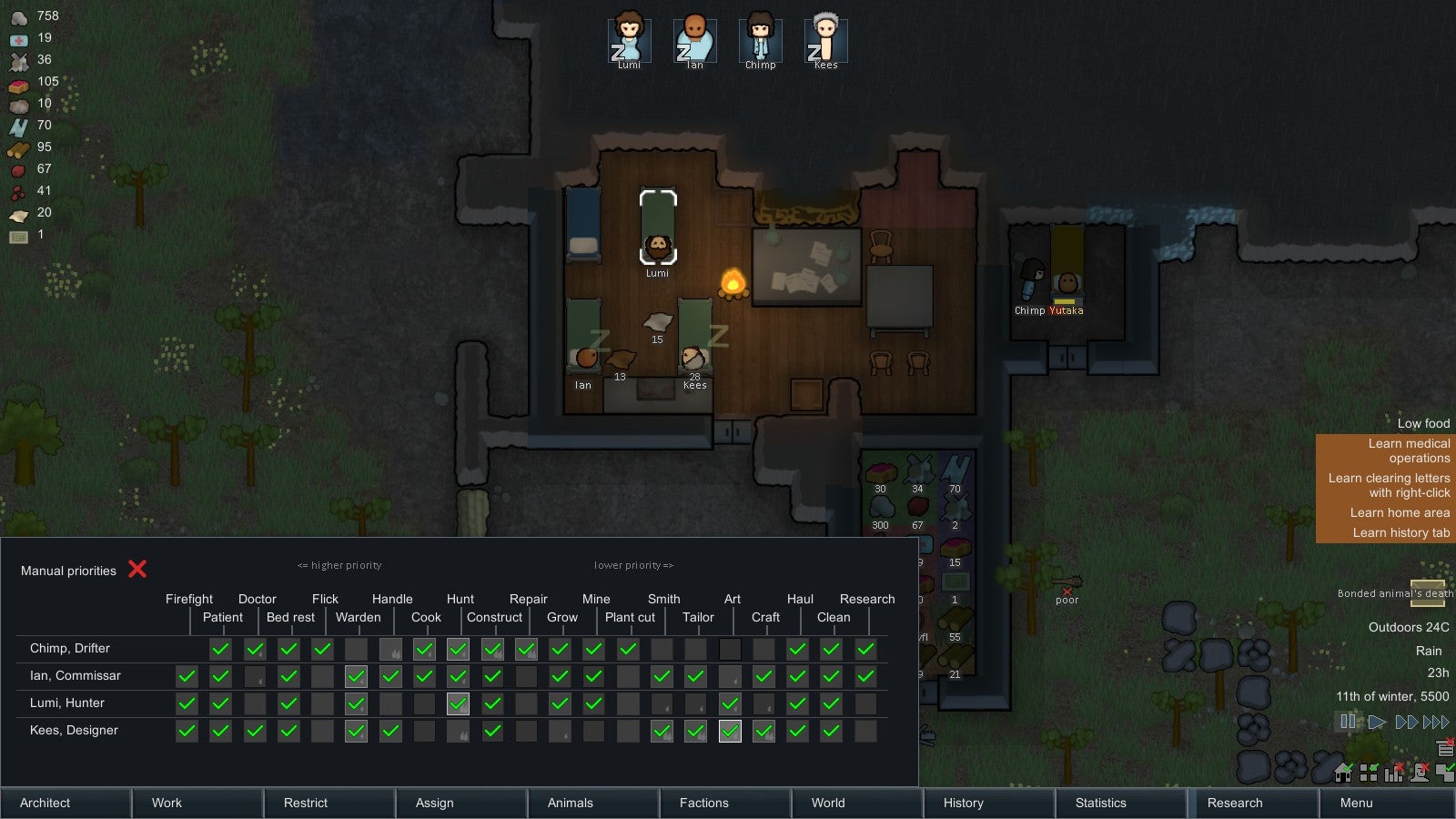 The 'Work' and 'Assign' tabs are your friend

When you first start, you might be dismayed to find that, despite your orders, multiple crew members aren't doing anything. This is because a) RimWorld isn't an RTS, and people don't unfalteringly obey your commands, and b) by default they only do the things their best at. Early on, however, you'll probably need everybody to do a bit of everything. So open up the "Work" tab and make sure your whole crew has checkmarks for basic tasks like hauling and constructing. That will get 'em moving.

Note, however, that characters with low skill levels in certain areas might fuck up, which can waste time and supplies. The short version? Someone with a medicine skill of one probably shouldn't be taking care of your crew member who fell ill (unless, of course, that crew member was your doctor, and aaaaarggghh why is this happening, Cruel Space Jesus?).

The assign tab, meanwhile, lets you pick outfits for your characters, but is more useful early on as a tool for designating what characters will do should a threat suddenly arise. By default, most characters are set to flee. Early game threats, however, aren't all that threatening, so why run away and take damage when you can dispose of them with a single, well-placed shot? 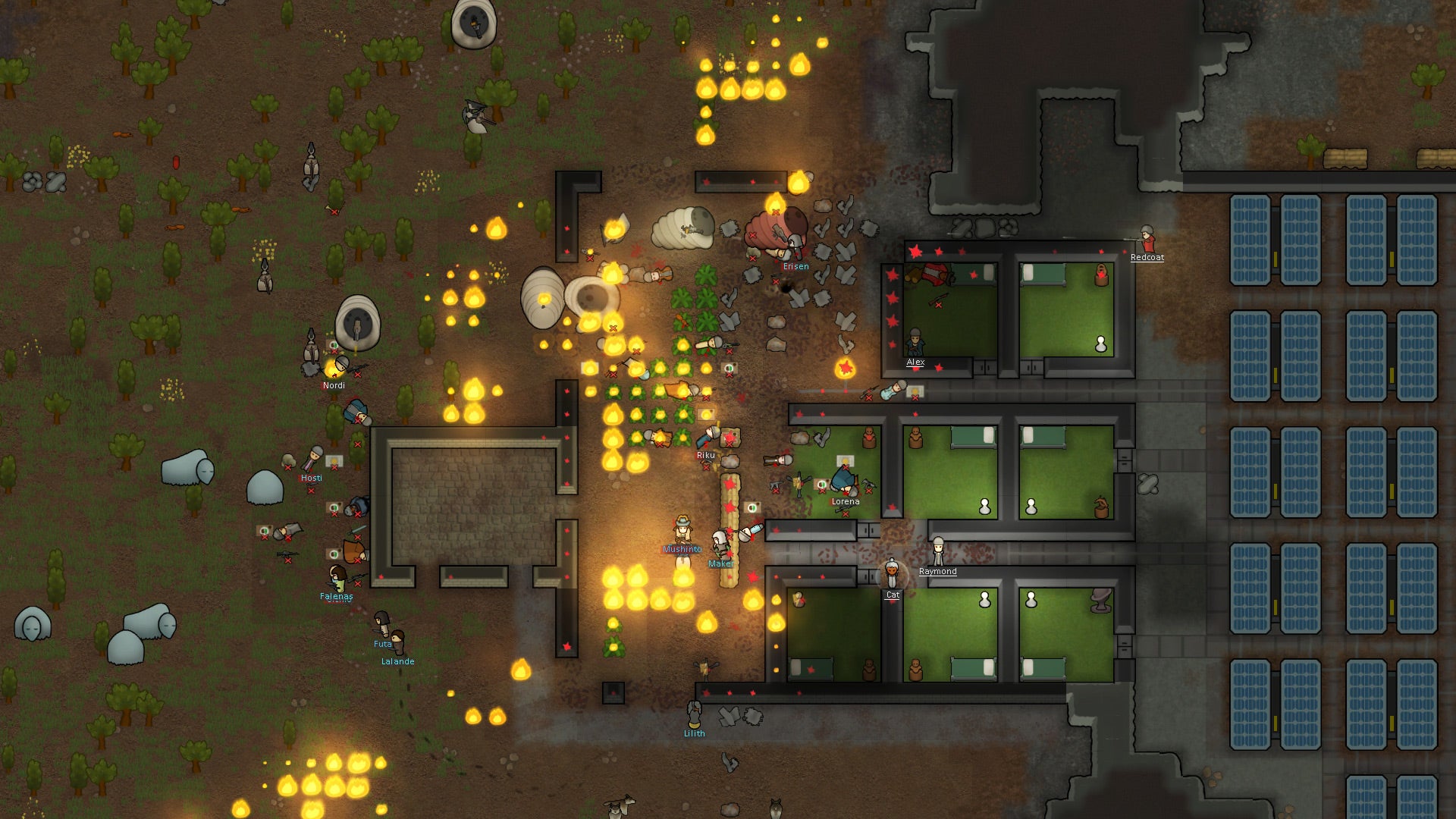 If a threat arises, the game will typically warn you. Make sure to assess the situation and prepare adequately. You can "draft" characters into combat mode, which will let you more directly control their position. If you know roughly where the threat is coming from, toss up a few sandbags and position your people appropriately. You can un-draft people as soon as a skirmish is over, so feel free to use everyone in battle if you think a situation necessitates it. As per usual, though, stats matter. If somebody's got pitiful shooting and melee skills, they might be better off fleeing.

You might have triumphed over some enemies, but that doesn't mean you're done. If anyone's wounded, they will need a medical bed. You can create one by building a regular bed, clicking on it and selecting the "medical" option. You can turn it back into a regular bed later, so if you're low on supplies, just use a pre-existing bed.

If you incapacitated an enemy, you can take them prisoner, but only if you have a prison bed (RimWorld is, apparently, a bed-driven society). Prison beds need their own separate walled space, so make sure you've got all of that up and ready before you try to drag somebody into the clinker. After that, designate a warden, and see if you can convince your prisoner to join your camp. If that doesn't pan out (or if they KILLED YOUR DOG), you can simply choose to execute them. 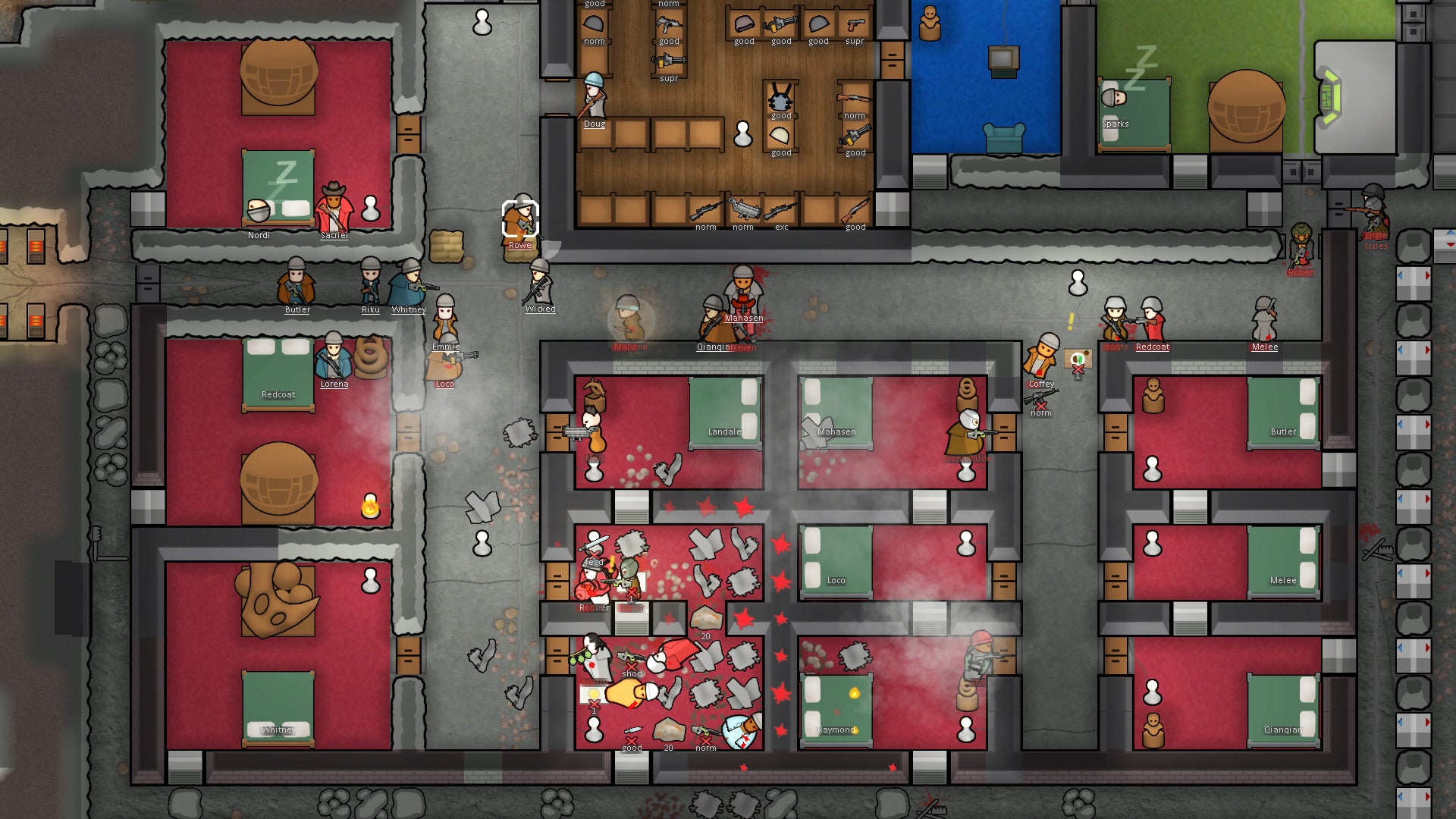 Look toward the future

With the above issues taken care of, you can begin building out and expanding. You can also improve quality of life for your people. The research tab is key here. It's basically useless until you build a research bench so, you know, do that. You can then start improving your technology.

You'll also want to spruce up your base with the sci-fi space magic otherwise known as electricity. Your best early game options for this are a fuelled furnace or solar panels. Power is then stored in batteries, and all power items are connected by way of conduits. Items that draw on power connect to conduits.

Using all of that, you can make a decent go at surviving whether RimWorld hands you lemons, lemonade or enraged sentient lime-looking dinosaurs that decided to gleefully Fuck Your Shit. Good luck!