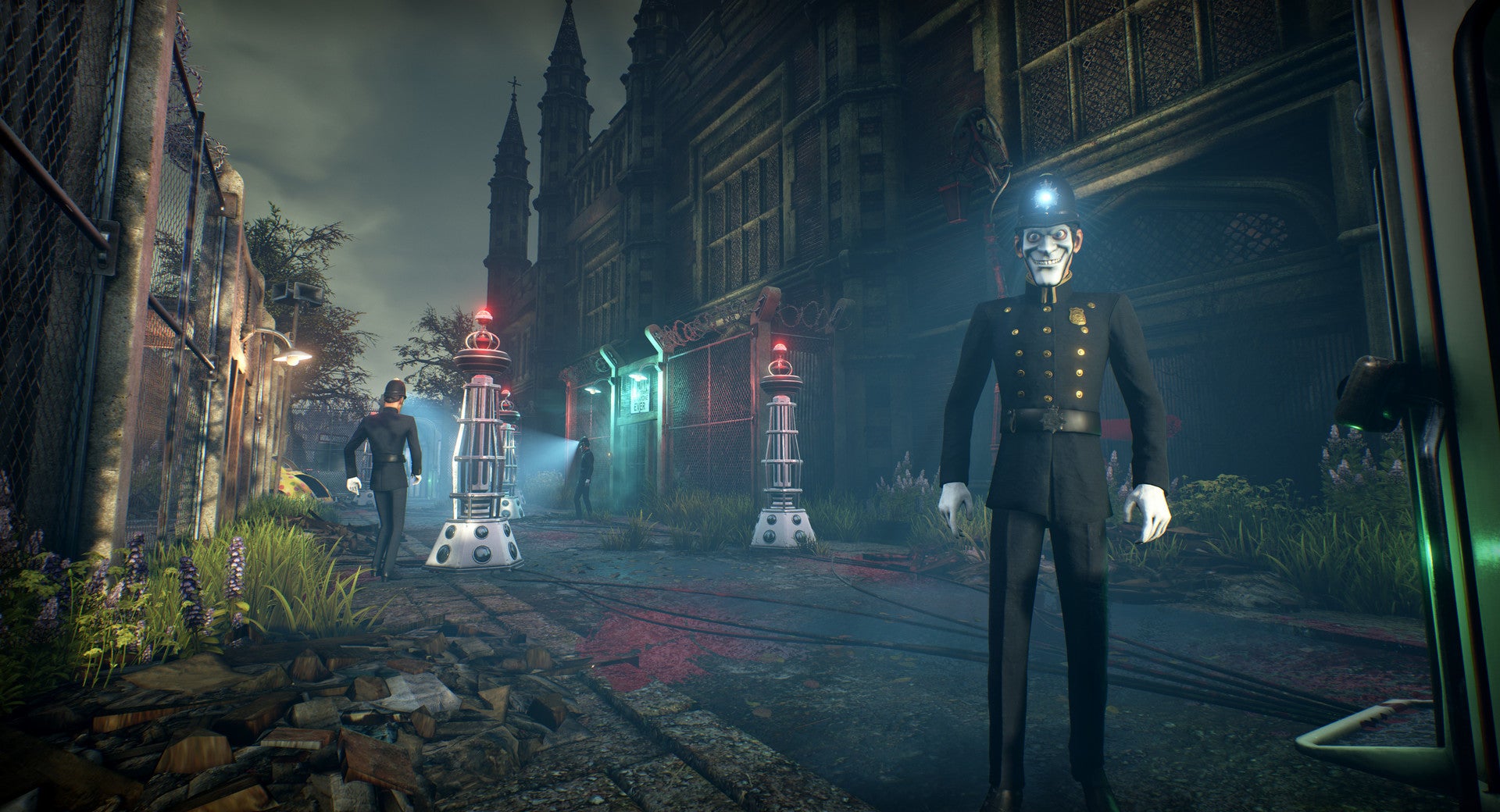 We Happy Few is a survival game set in an alternate 1960s Britain. Citizens of Wellington Wells take a drug called Joy to forget, to function. The game wears its BioShock influences on its puke-encrusted sleeve, but in its current state, it's still got a way to go before it can live up to its lofty potential. I've spent a few hours with the game's Steam Early Access version, and I think there's room for it to evolve into something equal parts intriguing and foreboding. It's just not quite there yet, which makes sense, given that the developers plan to keep it in Early Access for between six and 12 months.

The main side effect of Joy, you see, appears to be making people into creepy-arse clowns. These clowns, however, are not like the Platonic Ideal of clowns. They're deadly serious. The makeup-masked masses are so interested in order, control and forgetting a nebulous Terrible Thing From Their Past that they will toss out anyone who goes off their drugs.

That's how the game begins after a brief, extremely good story-driven intro: With you left for dead in a ghetto of "Downers", drug-less deviants whose fragile psyches are long past the point of unravelling. They wander the streets in a stupor, spitting out bile-soaked bits of nonsense and occasionally engaging in other activities like eating, drinking and murder.

At the moment, there's not much to do beyond wander, survive and complete a handful of quests. Many of the quests aren't entirely intuitive (a somewhat clunky map system doesn't help), so wandering and survival take centre stage. If you've played a survival game before, you know the drill: You've gotta make sure you're well-fed, hydrated and rested. Meters slowly tick down for each. 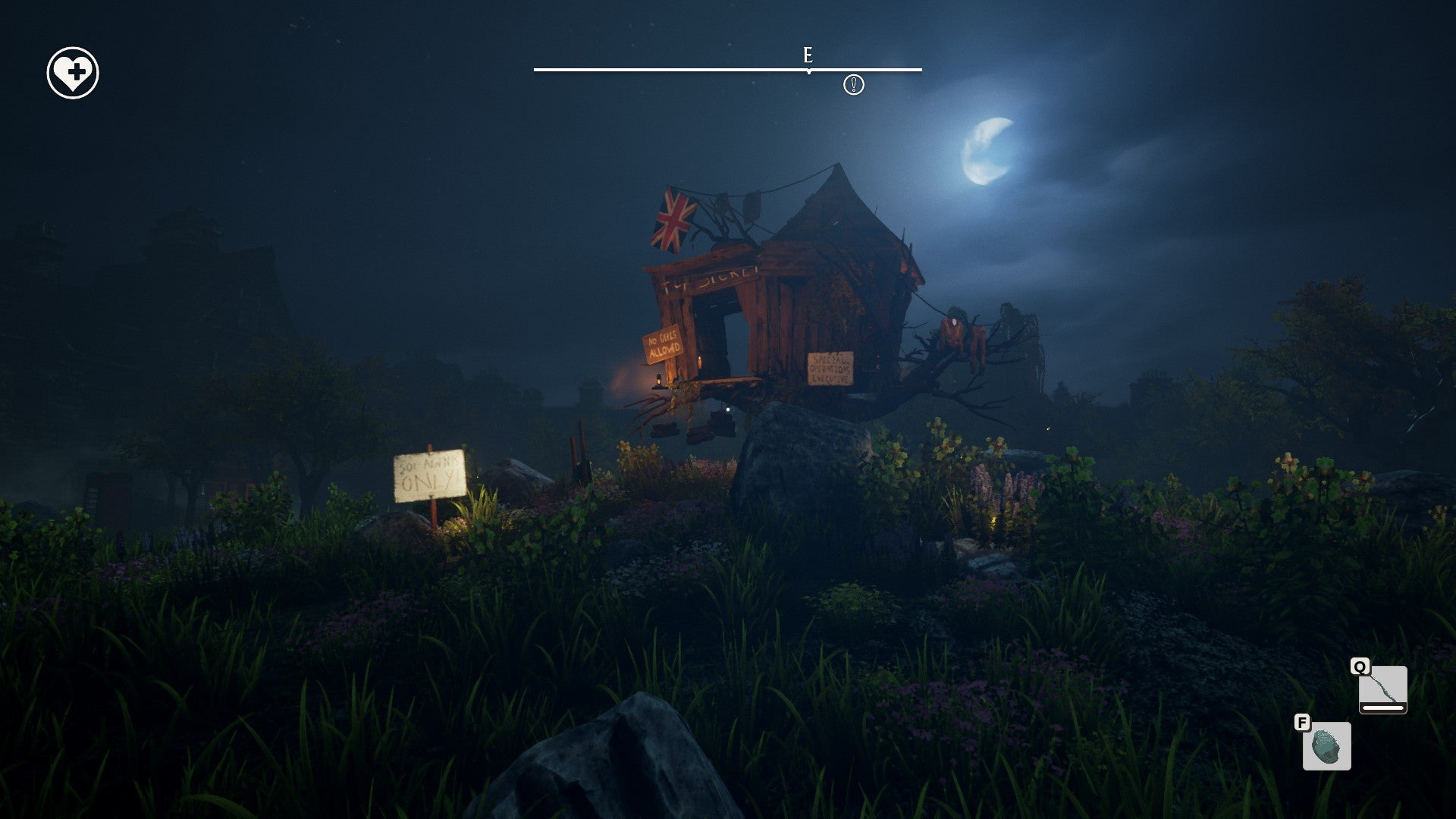 It all works fine, but to be honest it's kinda tedious. As it stands, the interesting things about We Happy Few are its world, characters and the deeper mysteries underlying them. Having to stop and slurp a bowl of rancid stew, or go off your planned path to pump some more water into canisters feels like a distraction. It's rarely challenging or exciting. Same with inventory management. They feel like things you have to do if you want to keep doing the things that are actually fun.

Occasionally your need to sleep can land you in an enjoyable sort of hot water — for instance when you're about to collapse from exhaustion and decide to nap in somebody else's bed, only to wake surrounded by a violent mob chanting, "THIS ISN'T A BED AND BREAKFAST" — but I'm not sold on these survival systems. Not yet. Right now they feel like extra weight on an experience that could be smoother, more lithe. Crafting, at least, seems like it leads down some interesting paths, but I've yet to create anything I haven't made in other games.

That said, other elements of We Happy Few show promise. The world is, in part, procedurally generated — which does make it pretty repetitive in places — but discovering ruined houses and other landmarks littered with scraps of story is compelling. Breaking and entering is often necessary, and stealth is generally your best bet. Combat, however, is hard-hitting and enjoyable, so you've got options. In addition, some of the quests — like one where you've gotta figure out how to take down a man who runs around town fretting about how he's late for an important date, or another where a person can't stop vomiting — are darkly humorous. 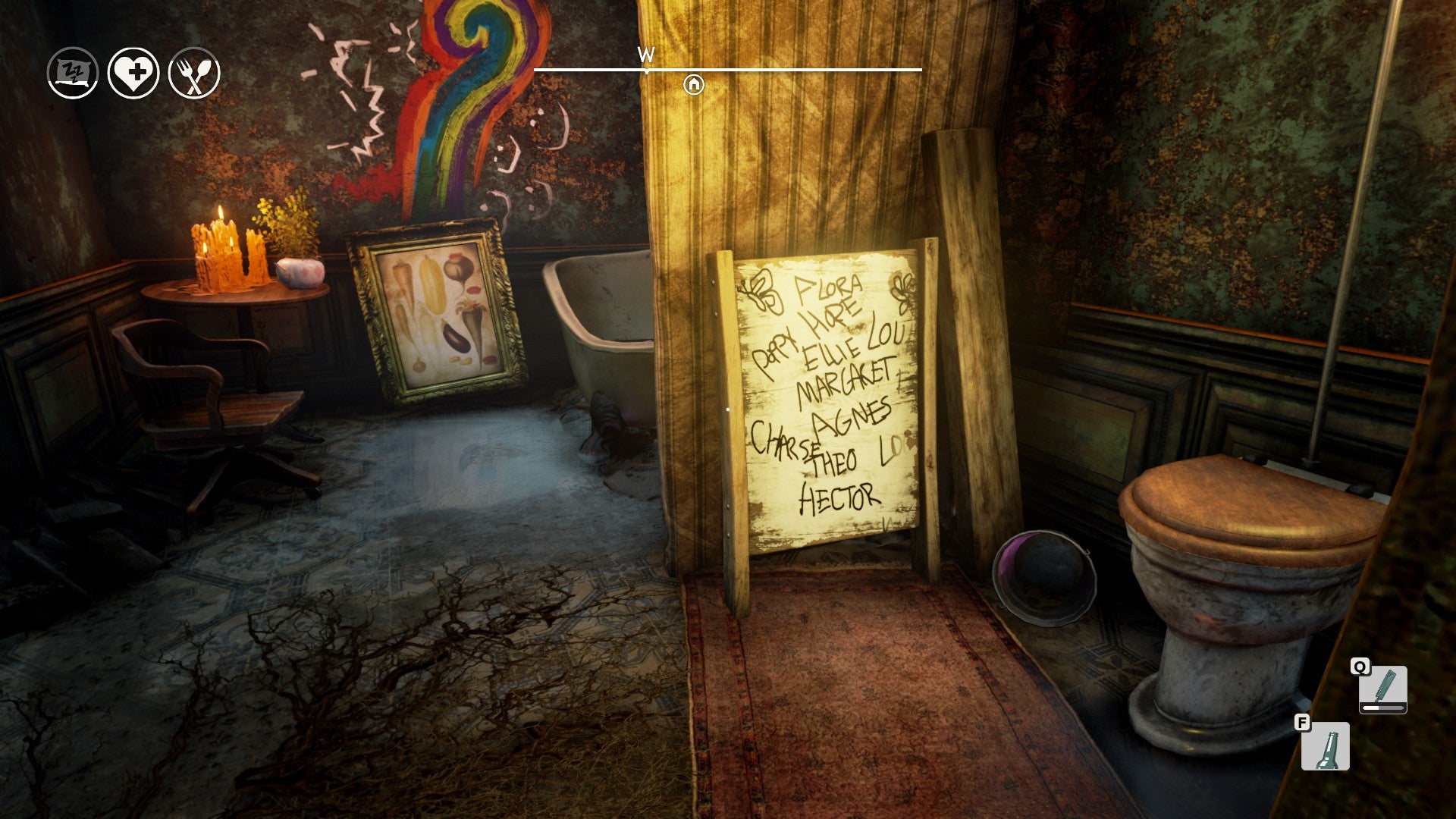 Interacting with other characters has the potential to be really cool. Your fellow Downers are not, by default, violent. Right now, it's pretty easy to suss out the sorts of things that will make them start trying to bust your noggin like rotten cabbage with a cricket bat, but there's still a tension to each encounter. With a bit more unpredictability, I could see it working similarly to Ken Levine's original pitch for BioShock Infinite; you walk into a room, and you have no idea where you stand with anybody. Maybe they just want some friendly (if not entirely tied to this plane of reality) chit-chat, or maybe they want your head to, like, store their maggot collection inside of.

Drugs stand to muddy those waters even further. While your character is, as a general rule, off Joy, you can still pop the odd pill and watch as the world blossoms into rainbows and glee. As you strut down the street, people can tell you're on Joy, and many of them react with jealousy and suspicion. And then when you come down, things take a turn for the extra nasty. In later areas, however, the dynamic flips. Without Joy, you're out of place, a Problem.

Unsurprisingly, We Happy Few's Early Access version has some glitches. In many ways it's quite polished for an Early Access teaser, but I still encountered moments where my character wouldn't stop spouting the same line over and over, or characters got angry at each other/me for no apparent reason, or I couldn't complete quests because the game decided I didn't have an item that was definitely in my inventory.

To top it all off, excellent opening segment aside, the story's not really in the game yet. Don't get me wrong: Between a bevy of quests and multiple islands to move between, the game already has quite a bit of Content (TM). It's just not coming together in an exciting way for me yet. I've played for three hours, and I'm already starting to get bored. At the moment, I can see the bones of something excellent in We Happy Few. But it's just a skeleton. It needs meat, gristle and blood.