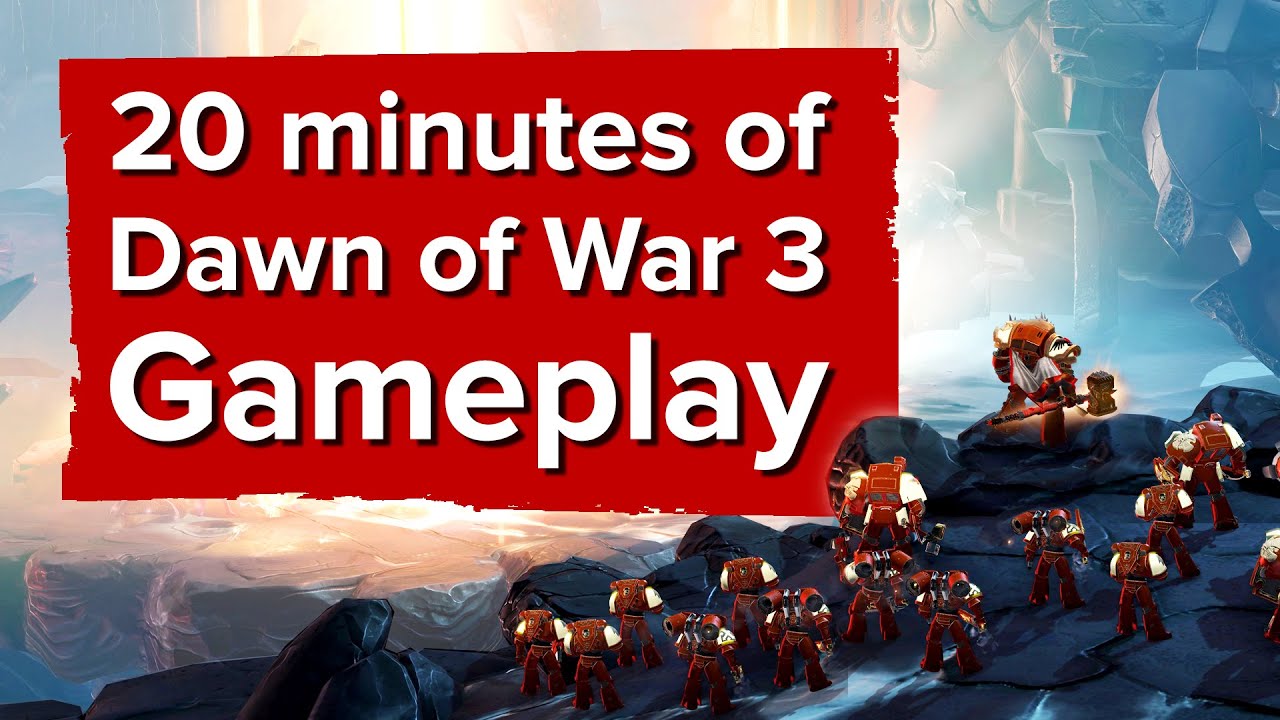 Regular readers will know that I’m a bit of a fan of Relic’s Dawn of War series. I only recently finished playthroughs of Dawn of War 2 and the first expansion, Chaos Rising, and if it wasn’t for certain games I’d probably still be pushing forward with the originals. Which is all a very long way of saying that the Dawn of War series is fantastic, and there’s a sequel coming out next year. Which is looking pretty good.

A whole bunch of footage appears to have just come off embargo, with certain outlets and influencers posting footage earlier this morning. Eurogamer has 20 minutes of fairly clean footage of one mission featuring Gabriel Angelos, chapter leader of the Blood Ravens and a figure fans will remember from previous campaigns.

The game is obviously in need of an asset pass or two, as can be seen by the lack of detail in the ground. But it’s good to get a better understanding of how the game flows, and where Relic thinks strategy games should be going in 2017.

There’s obviously a focus on making things more readable, although the screen is still very busy. The units have more of a stylised look and they’re more recognisable, but that might change when all the final asset passes are done.

Either way, I’m looking forward to a modern spin on Dawn of War. I don’t know how I feel about the focus on picking Elite units — it’s a bit MOBA-esque — but we’ll undoubtedly know more as the year rolls out.